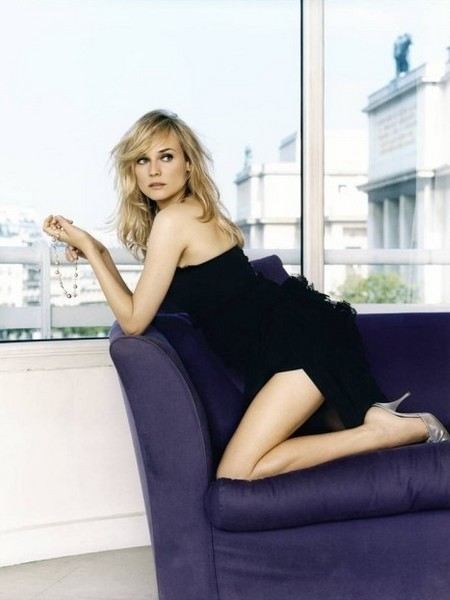 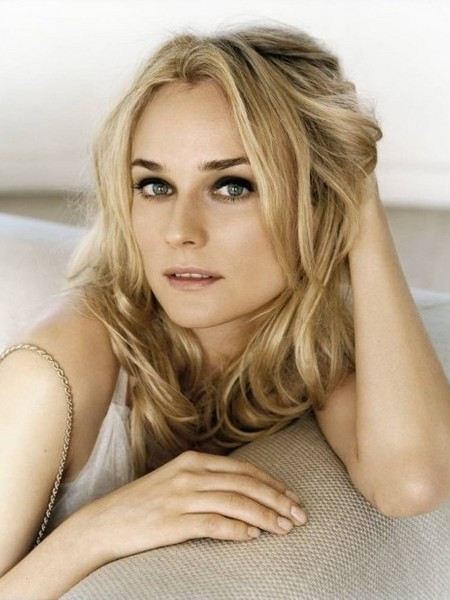 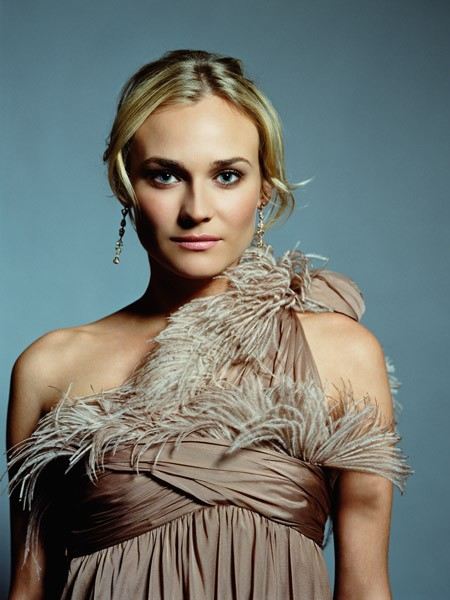 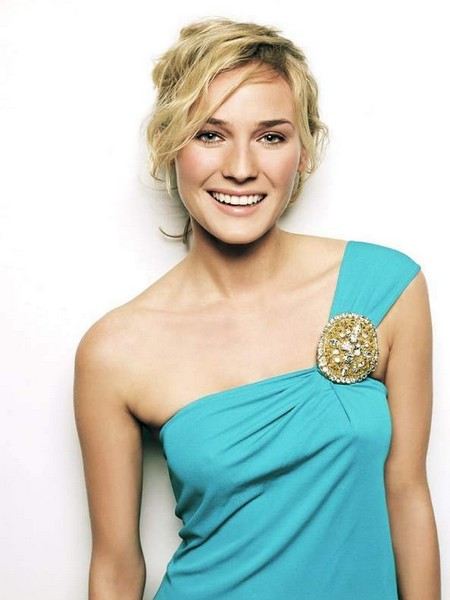 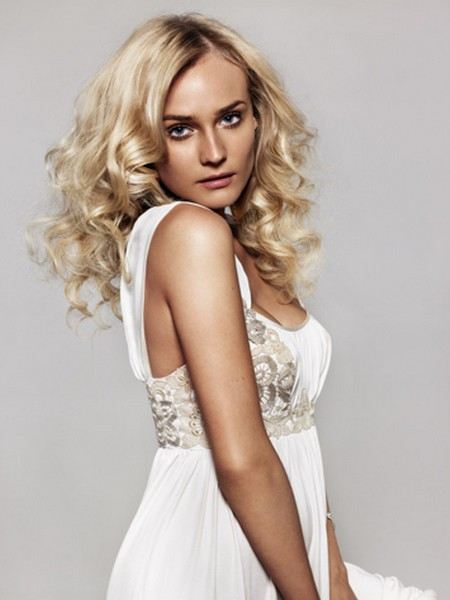 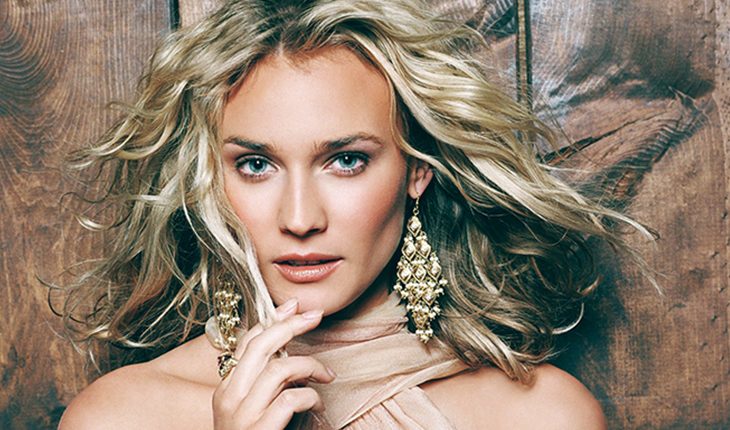 In the photo: Diane Kruger

Diane Heidkrüger (Kruger) was born on July 15, 1976, in a village called Algermissen in West Germany. Her father Hans-Heinrich Heidkrüger was a computer specialist and her mother Maria Theresa - a bank employee. Diane has a younger brother, Stephen. 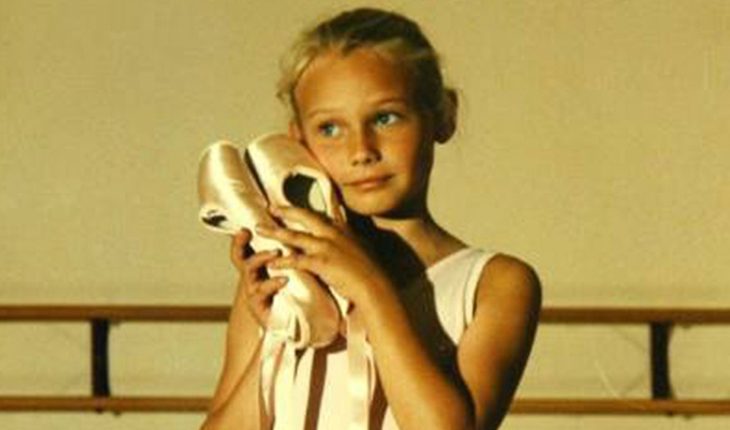 Diane Kruger wanted to become a ballerina in childhood
Diane's mother taught the children self-sufficiency from the early years. The Heidkrügers’ financial state was not the best - the actress’s father, who suffered from alcohol addiction, left the family and practically didn’t help his former wife in bringing up the teenagers. Kruger says that she worked every summer and during school time she carried newspapers - her mother could not afford to give her pocket money. However, through her mother’s efforts, the girl traveled several times on a student exchange program to London, where she learned English well. 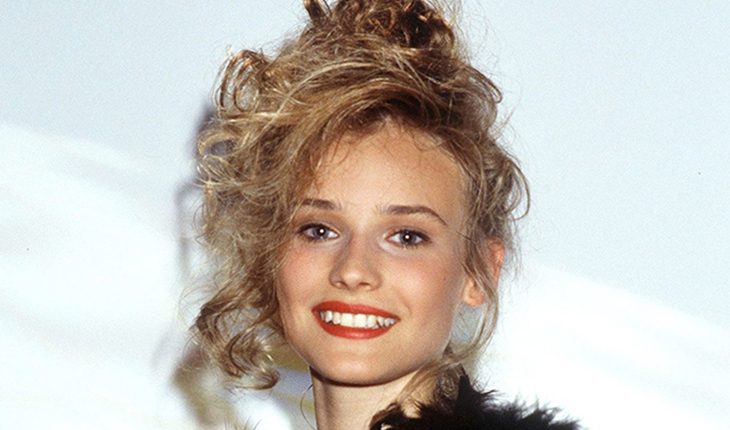 Young Diane Kruger at the Appearance of the Year city competition
Diane's main passion since childhood was dancing. Then I didn’t realize it,- told the actress to the IndieWire magazine, -but now I understand that I was a very wicked child. I was full of anger because the situation at home was tense. Dancing and performing were a way to get rid of emotions.

The dream of a dancing career led Diane to the Royal Ballet School in London but a knee injury smashed her ambitious plans when she was thirteen. Then the confused teenager was told to try her hand in the modeling industry.

When Diane was 15, her mother allowed her to move to Paris to build a modeling career. The girl remembers that her mother let her go quietly but warned her daughter not to lose her head. And I really behaved well because I was obsessed with my work, says Kruger. 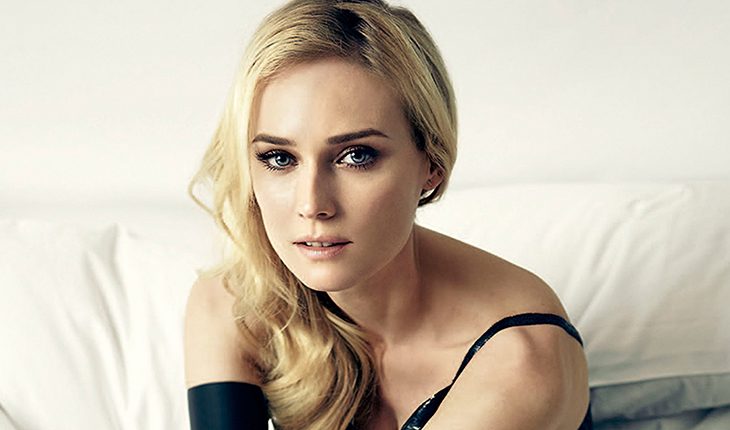 Diane moved to Paris to make a modeling career when she was 15
In the early 1990s, Diane's career rapidly went up and the girl moved to New York. Despite her relatively low height (170 cm) for modeling, Kruger managed to receive great offers from such famous fashion houses as Yves Saint Laurent, Chanel, Salvatore Ferragamo, Giorgio Armani, Jil Sander, Christian Dior, Burberry, and Louis Vuitton. Appearing on the covers of such fashion magazines like Vogue Paris, Marie Claire, and Cosmopolitan was a great achievement for the young model, and German fashion designer Karl Lagerfeld was one of her close friends. 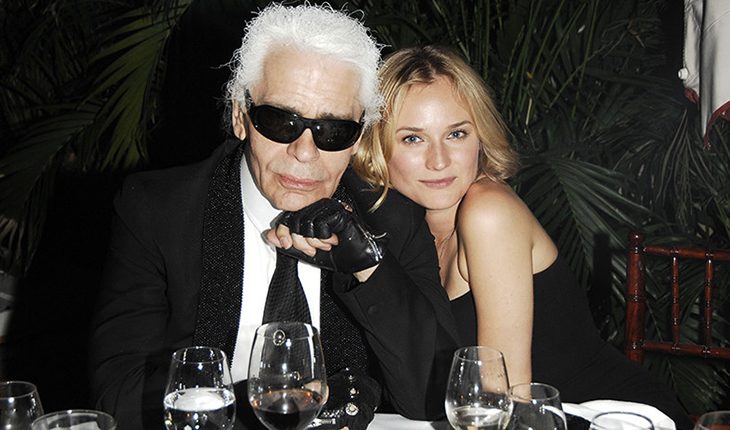 Diane Kruger and Karl Lagerfeld
Five years after moving to New York the fashion world bored Kruger. At the peak of her career, Kruger returned to Paris, where she began attending drama school.

It was not enough for me. I wanted to do something else; I felt that modeling was not my calling.

After two small roles in low-budget French projects, she was unexpectedly approved for one of the lead roles in the British-German film The Piano Player with Christopher Lambert and Dennis Hopper. Sometime later, Diane played in the Troy (2004) Hollywood drama, which divided her life into before and after. More than 3,000 actresses were auditioned for the role of Helen of Troy but Diane’s appearance and play seemed most convincing to producers - they decided that a woman with such appearance could easily put 1000 ships on alert.
Troy - trailer
Fans of melodramas loved the Wicker Park (2004) touching film, a remake of the 1996 L'Appartement drama with Vincent Cassel and Monica Bellucci. In the picture about crazy love and intrigue, Diane used her dancing skills: she played a charming and freedom-loving dancer who drives the handsome teenager crazy (Josh Hartnett). 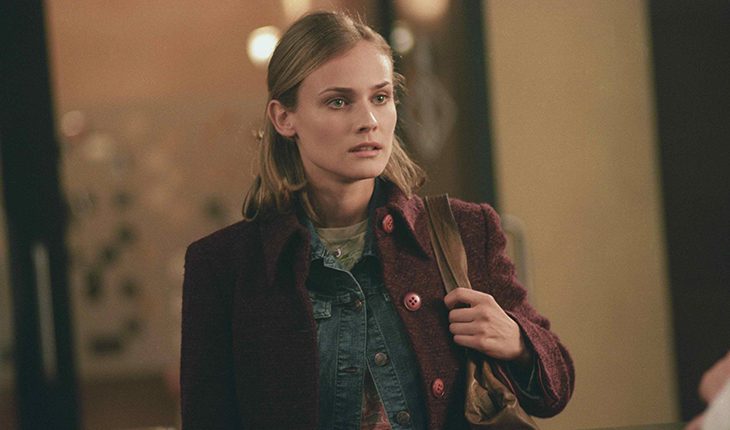 Diane Kruger in the Wicker Park
Soon the blonde beauty could be seen in the National Treasure adventure picture with Nicolas Cage and Sean Bean, who had already shot with her in Troy. The cash success of the film led the director to shoot the sequel, released in 2007 and also warmly received by the public.

When Kruger went to the casting of the Inglourious Basterds in the late 2000s, director Quentin Tarantino didn’t believe she was German and didn’t pay much attention to the girl. When the main contender for the role of German movie star Bridget von Hammersmark left the project, Kruger immediately went to a personal meeting with the director. Tarantino saw for himself that he was wrong and offered Diane the role.
Diane Kruger in the Inglourious Basterds
The film became a real sensation all over the world and Brad Pitt, Michael Fassbender, Til Schweiger, Christoph Waltz, Daniel Brühl and other talented actors joined Kruger’s circle of friends. Bridget von Hammersmark’s role brought Diane a nomination for the US Screen Actors Guild Award but the award went to Mo'Nique for her role in the Precious.

In the same year, Kruger appeared in Mr. Nobody's fantasy drama with Jared Leto. And though the picture was highly appreciated by the audience, critics were not quite enthusiastic about Diane’s play. In the 2011 picture, the Unknown with Liam Neeson Kruger played the lead role of a Bosnian illegitimate. During the same period, Diana replaced Eva Green as Marie-Antoinette in the French film Farewell, My Queen.
Mr. Nobody - trailer
Kruger’s popularity was never questioned: in 2012 she became a member of the jury of the Cannes Film Festival and magazines constantly put her on the lists of the sexiest women in the world. In addition, Diane was the face of the Jaeger-LeCoultre Swiss watch brand, the L'Oréal, and the Beauty perfume line by Calvin Klein. It seems her face was everywhere – in TV commercials, magazine covers, and billboards, in cinemas. 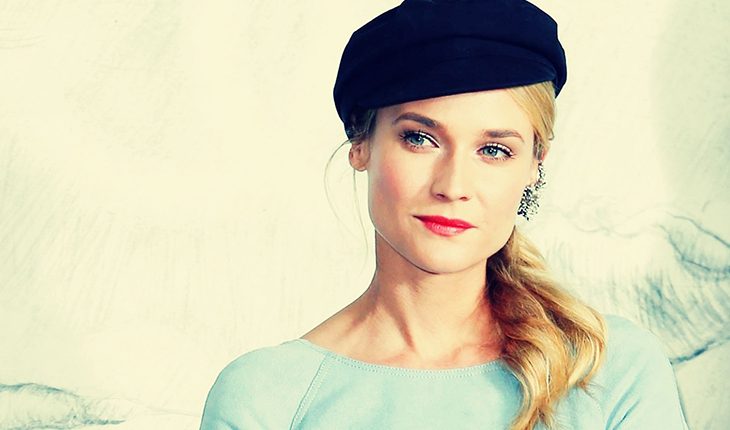 Actress and model Diane Kruger
There was no downtime in the cinema. Diane’s brightest roles in those years were images in the Un plan parfait (2012) French comedy, the Fathers and Daughters (2014) Hollywood drama with Russell Crowe and Amanda Seyfried, as well as The Infiltrator (2016) fascinating British thriller with Bryan Cranston.

In 2018, the Jeremiah Terminator LeRoy biographical drama with Diane Kruger, Kristen Stewart and Laura Dern were presented at the Toronto Film Festival. The film tells the story of a fictional writer, the fruit of fantasy of American author Laura Albert, former sex on telephone employee. Kruger played an ambitious beginning director in the film, who became the prototype of Asia Argento in the eyes of many. According to Zoomboola.com, in December 2018 Robert Zemeckis’s Welcome to Marwen was released on the screens, telling about the victim of a brutal attack and the unusual process of healing. The lead role in the film was played by Steve Carell, the picture also starred Diane Kruger, Leslie Mann, singer Janelle Monáe, Eiza González, Gwendoline Christie and others.

In addition, Kruger appeared in The Operative Israeli-American thriller as a woman recruited by Mossad to work undercover in Tehran. The film was directed by Yuval Adler, the author of the Bethlehem (2013) drama. In an interview, Diane said: We haven’t yet seen a spy movie about what a spy really experiences every day. I thought we made a very modern, unusual picture.

Diane Kruger is fluent in German, English, and French. Since 2013 she has dual citizenship in Germany and the United States. 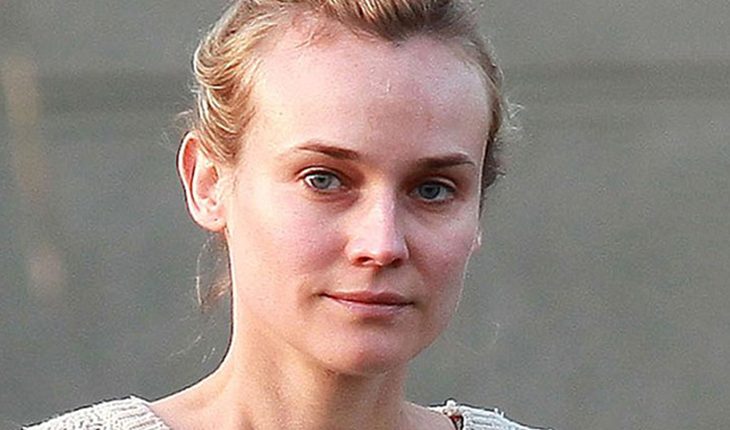 Diane Kruger with no make-up
In 1999 Kruger met French actor and director Guillaume Canet. After two years of stormy romance, the couple played the wedding in September 2001. The Spouses appeared together in three films, one of which was Canet’s directorial debut. 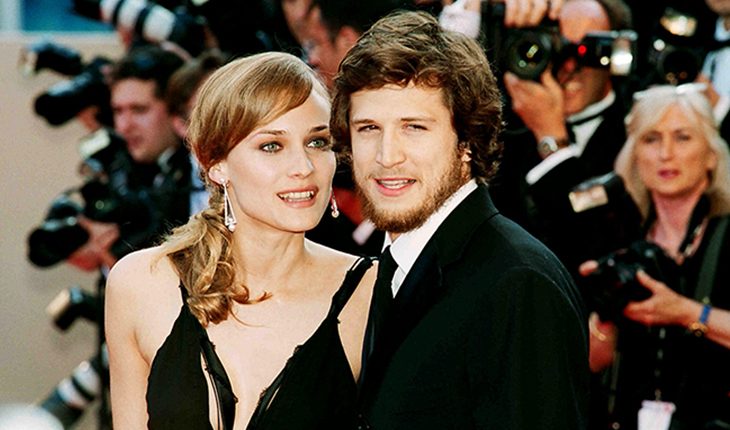 Diane Kruger with Guillaume Canet
In 2006 the couple filed for divorce. We got married when I just finished drama school, says Kruger. - It was pure, true love. And it was wonderful. He is a great guy. So why a divorce? We just went through this story. No offense. I love Guillaume and I will always love him and I think he would say the same. 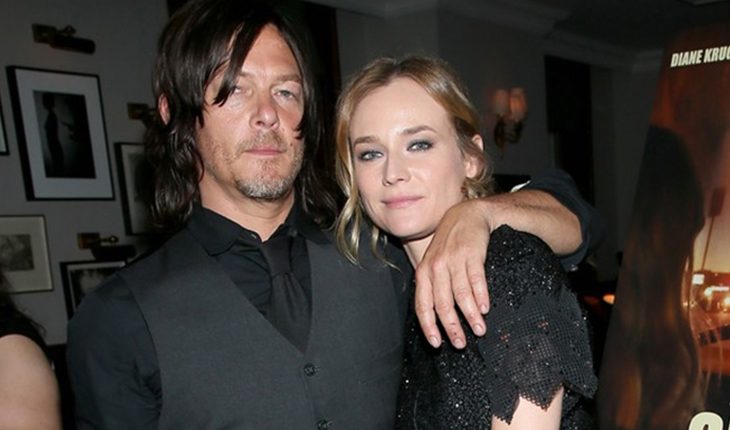 Diane Kruger and Norman Reedus
Shortly after the divorce Kruger dated Canadian-American actor Joshua Jackson. The relationship lasted almost 10 years, but the family idyll was destroyed by actor Norman Reedus, whom Kruger met on the set of the Sky (2015). In November 2018 42-year-old Kruger and 49-year-old Reedus had a daughter.

In 2019, Kruger appeared in the spy action movie The Operative. In 2020, the premiere of the mini-series Swimming with Sharks is expected with her participation.
The 355 Trailer
Film 355 is currently in production, in which Kruger will star. She will be accompanied on the set by Jessica Chastain and Penelope Cruz. It is known that the actress will appear in David Dubos's Butterfly in the Typewriter biographical drama - The story of troubled author John Kennedy Toole and his struggle to bring his comic masterpiece A Confederacy of Dunces to print.

Grimes does she have a husband
3.0