People who were born the same day: 3

Brittany Leanna Robertson is a supernova of Hollywood, who according to critics, yet has much to say in the world of cinema. The prizes for the best women’s role, presented to her at the festivals in Boston (Boston Film Festival Award 2013) and Nashville (Nashville Film Festival Award 2014) came to confirm that, as well as her triumph at the film festival in Las Vegas (CinemaCon Big Screen Achievement Awards 2015) in the category of «Star of Tomorrow». 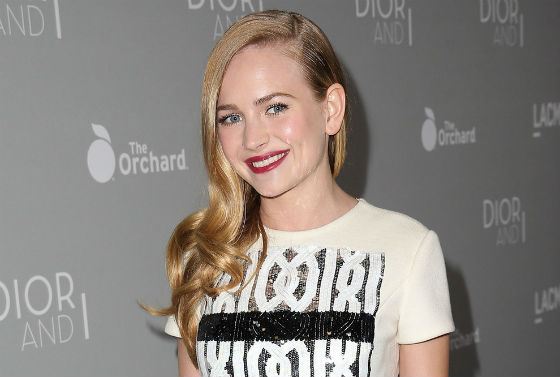 Star of «Tomorrowland» Britt Robertson
The actress perfectly handled the lead roles in the «White Rabbit» drama and «Ask me anything» (receiving awards at film festivals). She brilliantly played in «The Longest Ride» melodrama alongside Scott Eastwood, in the «Tomorrowland» fantastic blockbuster accompanied by George Clooney on the set, in the «Mr. Church» drama film with Eddie Murphy, as well as in «The Secret Circle» and «Under the Dome» TV series.

The future «dream factory favorite», as she was later called in the press, was born on April 18, 1990, in Charlotte, North Carolina. Later the family moved to the south to Greenville. She is the oldest of the seven siblings: her mother and stepfather have two daughters and a son, and her father and his new spouse have a daughter and two sons. 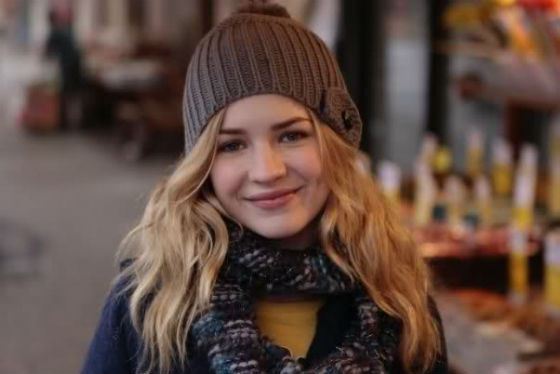 Britt Robertson plays in the cinema since childhood
The girl's father was a restaurateur and her mother was a housewife and a definitive opponent of the existing education system. In accordance with her beliefs, the eldest daughter and other children did not attend school but studied general education subjects at home. Later answering interviewers' questions the actress noted that she didn’t regret the missed school years and that she has experienced all the possible troubles associated with being in school on the screen - she dated her teacher, fought with the principal, attended graduation parties.

In order to prevent her daughter from having problems with socialization, her mother took her to the local theater, where the girl was entrusted to play children’s roles. Agents noticed the young talent and advised her relatives to promote their daughter on television. She began to attend castings for serials, and played her first role in 2000 - the little daughter of jungle researchers, who were housed by a tribe of aborigines after their death, in the picture «Sheena». But then there was a lull in her acting career.
Britt Robertson about bed scenes
When Britt turned 14 her paternal grandmother moved with her to Los Angeles to accompany her granddaughter in long listening lines. Their efforts and perseverance were rewarded - at the age of 16 Britt received a role in the trial of the «Women of a Certain Age» TV series, which though wasn’t broadcasted, but gave a kind of start to her creative path. 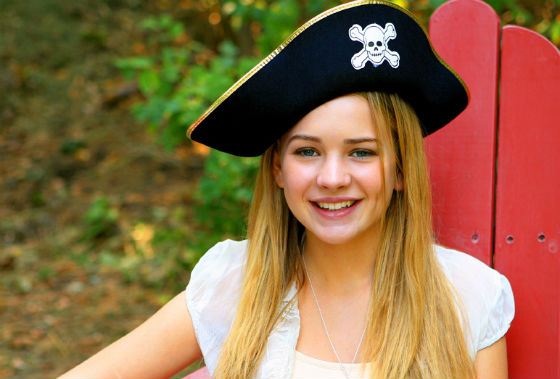 One of Britt Robertson’s first roles («The Ghost Club»)
Grandmother returned home and Britt began attending acting classes and continued visiting castings. In 2001 she played a small role in the «Power Rangers Time Force» series. In 2003 she played the main role in «The Ghost Club». The picture was a low-budget one, but yet brought young Brittany a nomination for the Young Artist Awards as the best young actress for her talented transformation into a paranormal lover named Carrie.

Critics considered the participation in the «Growing Pains: Return of the Seavers» (2004) comedy the first success of the beginning star – a film about retirees who decided to sell their home and their adult children who sabotaged the idea. Specialists considered her role as Cara, one of the three daughters of the main character, a widower, and a journalist writing a column about parenting for the local newspaper, in the romantic comedy film «Dan in Real Life» (2007) a truly breakthrough work. 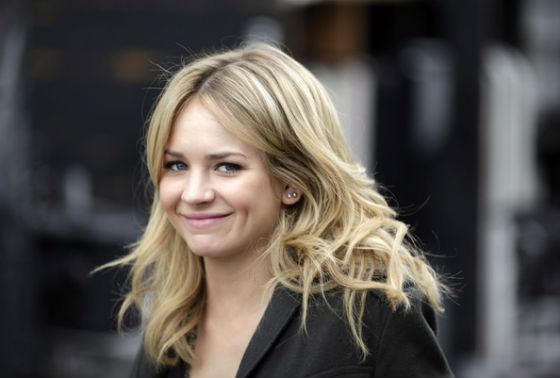 Charming Brittany
Then the hardworking actress played the episodic role of Amy in the «CSI: Crime Scene Investigation» famous TV series and in the «Swingtown», where she played Samantha. In 2008, she embodied the image of Trixie Stone in «The Tenth Circle» thriller based on the bestseller of the same name by American writer Jodi Picoult, where the eternal topic of the relationship between parents and children was raised.

In 2009, Brittany played a small episode as a DJ in one of the projects of American singer and actress Alyson Stoner, who appeared as a guest in the Law and Order TV series, as Tina in the «Babes» episode and as Kathy in the «Family Values» episode. 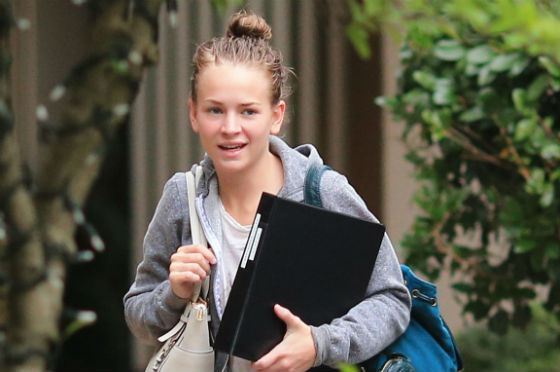 Britt Robertson without make-up
In 2010 she was first offered a lead role in the «Life Unexpected» TV series. In her own words, she finally felt that she had grown as an actress while working. Despite good reviews from critics, this series was closed after a year due to low ratings. 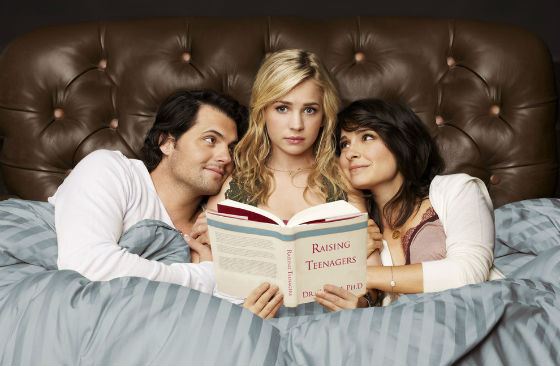 Britt Robertson in the «Life Unexpected» series
Later her candidacy was approved for the main role in the picture «Avalon High», based on the work of the same name by American writer Meg Cabot, and in «The Secret Circle» TV series based on the book by Lisa Jane Smith (author of The Vampire Diaries). This series lasted until May 2012. 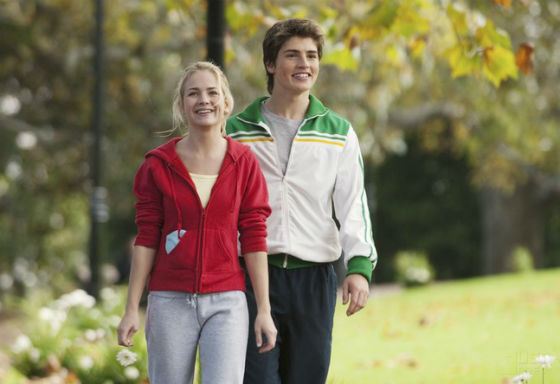 On the set of «Avalon High»
In 2011 the actress played the role of Marnie Cooper in the «Scream 4» thriller, the fourth film in the series of famous slashers directed by Wes Craven. The next work of the artist was the «The First Time» (2012) youth comedy, where she played a high school girl Aubrey. A year later, she starred in the «White Rabbit» film and the «Delivery Man». 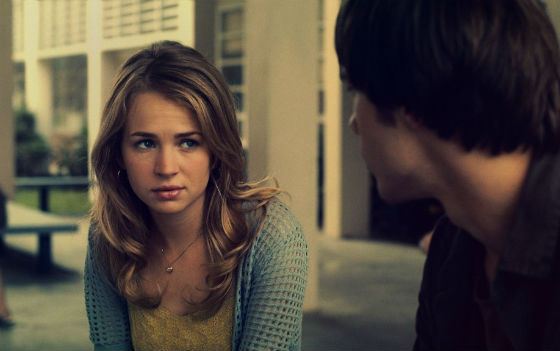 A shot from the «White Rabbit»
In 2013 the premiere of the «Under the Dome» series by Stephen King also took place, where the actress got the role of Angie, telling about the unexpected isolation of the city from the outside world by a mysterious and powerful barrier that cannot be overcome or destroyed. 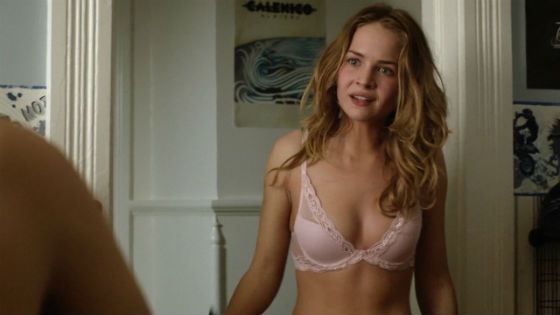 Britt Robertson in the «Under the Dome» series
Britt received wide acclaim in 2015 after the release of the «The Longest Ride» film based on the book of world-famous writer Nicholas Sparks. The picture is a story about the pure love of two couples belonging to different generations, which is capable to inspire the audience to open up to new tender feelings, romance, and relationships in the opinion of the actress. 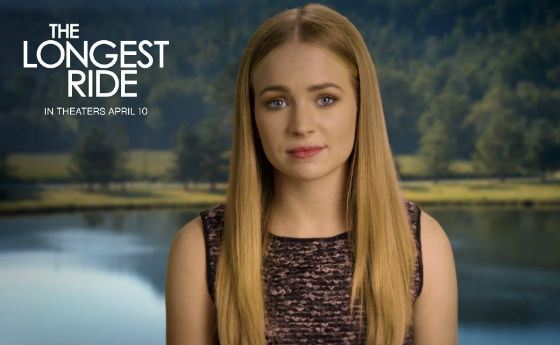 Britt Robertson starred in the film by Nicholas Sparks’ book
It is also worth noting her play as the main character named Casey in the «Tomorrowland» science-fiction film along with George Clooney, who played inventor Frank. By the way, the actor noted in one of his interviews that Britt is really an incredibly talented actress who can achieve incredible heights in her profession. For her role in the both mentioned films, she was nominated for the youth Teen Choice Award.
«Tomorrowland»: Britt Robertson playing Casey Newton
In 2016 fans of the actress could see her in the «Mr. Church» film, telling about the real friendship of a mother and daughter with a cook named Church (performed by Eddie Murphy) tested in grief and unhappiness. 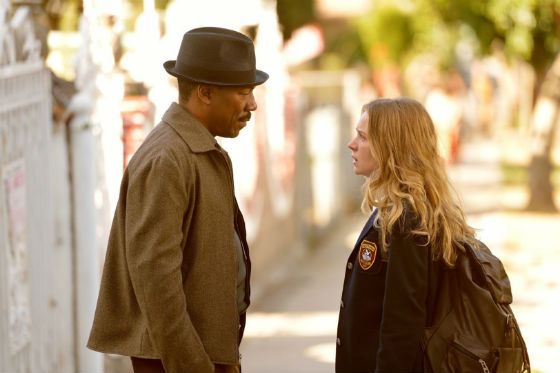 Britt Robertson and Eddie Murphy appeared together in the «Mr. Church»
She also appeared in the «Mother's Day» comedy accompanied by stars such as Jennifer Aniston, Julia Roberts, Kate Hudson and in «The Space Between Us» fantasy film alongside Asa Butterfield, Gary Oldman, and Carla Gugino. 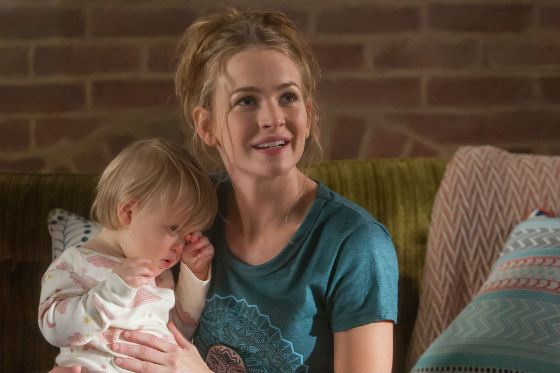 A shot from the «Mother’s Day»
In addition, the actress starred in the «A Dog's Purpose» comedy-drama alongside Bradley Cooper, and her candidacy was approved for the role of Sophia Amoruso, the founder of the American brand «Nasty Gal» in the «Girlboss» TV series. Both films were released in 2017.

In 2018 Britt starred in the «For The People» series about six starting lawyers, each of whom had already begun working on high-profile court cases. Robertson is also busy on the set of «The Postcard Killings» drama about a series of killers.

Britt Robertson is single. She has been in a relationship with the star of the «Teen Wolf» series and «The Maze Runner» thriller Dylan O’Brien since 2011. They met on the set of the picture «The First Time», where they played two teenagers in love, after which the novel turned into reality. Her choice is not only an actor, he is also the drummer of the Slow Kids At Play musical band. 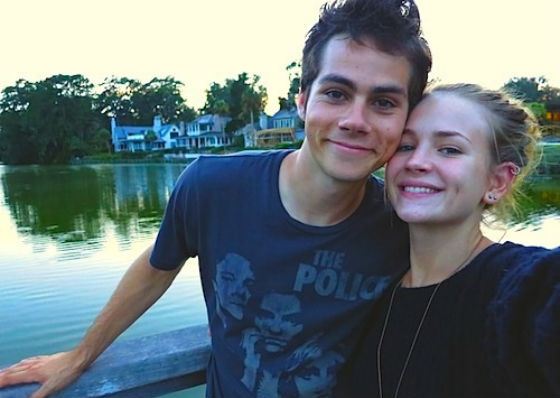 Britt Robertson is dating Dylan O’Brien
Britt and Dylan haven’t appeared together in public for a year, and in summer 2018 the guy was caught on a date with Chloe Moretz by the paparazzi, what made fans think that the long-lasting relationship is over. The girl considers her grandmother the coolest and loving in the world. She not only moved to Los Angeles with her and morally supported her on the listenings but also taught her granddaughter to knit while waiting in lines and on film sets.

Britt loves pets and never leaves her dogs Buddy and Clyde which she picked up from the shelter. 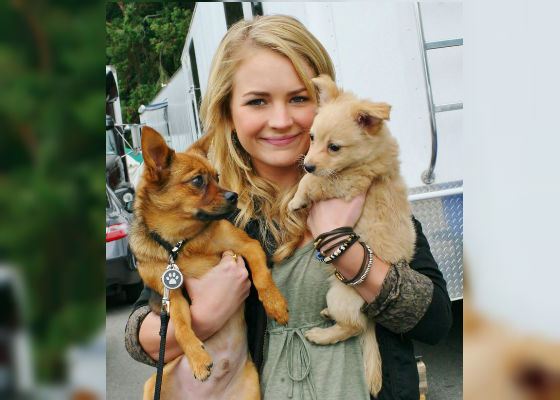 Britt Robertson and her dogs
The star prefers the boho style clothing for its originality, the opportunity to combine the incompatible, comfort, and practicality and often listens to the Blind Pilot indie-folk band.

Despite the fact that the actress appears on the big screen quite rarely, 2020 was marked for Britt Robertson by shooting in the film "I Still Believe", in which she played Melissa Henning. The actress actively leads her Instagram. So, in 2020, during the Black Lives Matter protests, Robertson supported the protesters with a post.
ZoomBoola.com