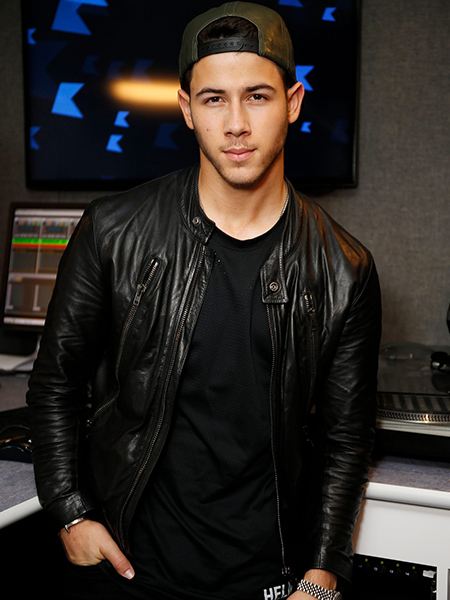 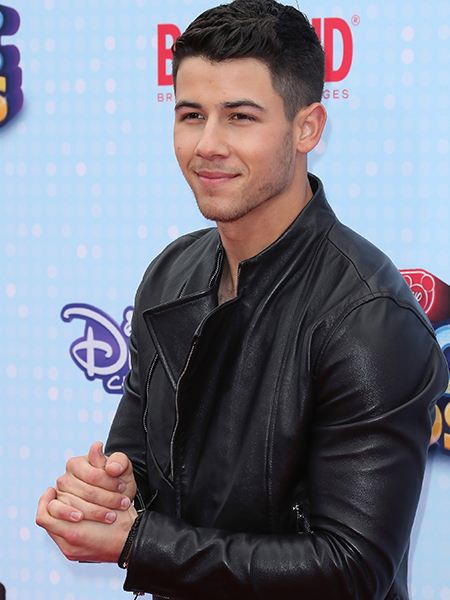 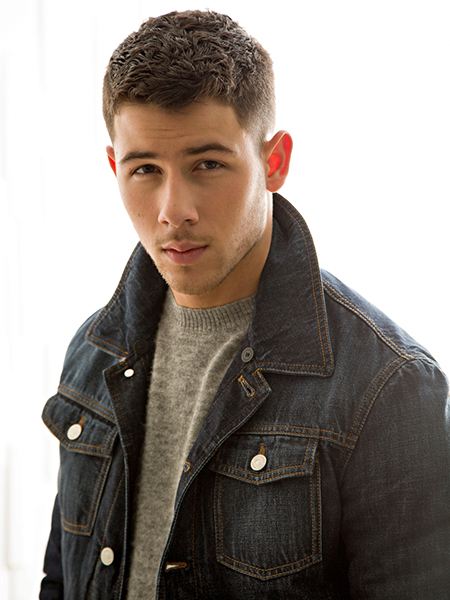 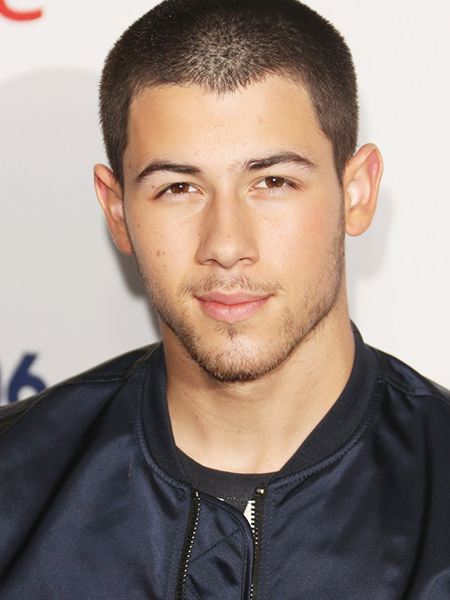 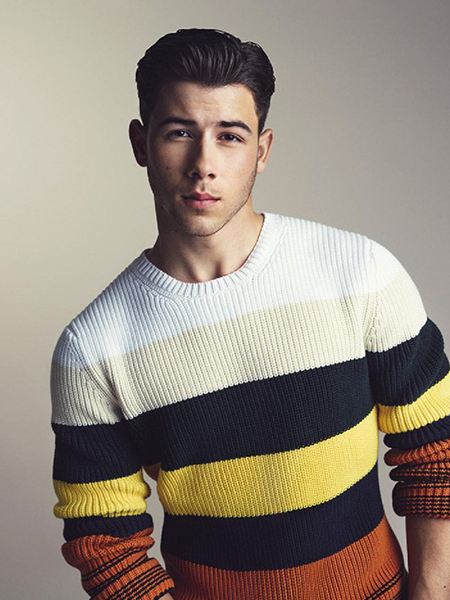 Nicholas Nick Jonas is an American singer, a member of the Jonas Brothers boy band. The band’s name speaks for itself: all the members of the band are siblings. After the band broke up in 2013, Nick Jonas continued his career as a solo singer and started acting in movies. Net worth: $70 million. 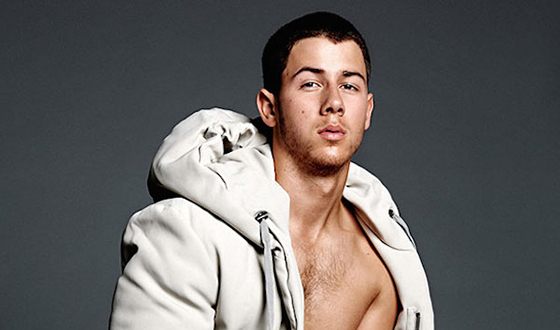 Childhood and First Steps to Fame

Nick was born in a big, united, religious family from Texas (the family later moved to New Jersey). His father, Paul Kevin Jonas, is a musician, composer, and former minister at the Assemblies of God Pentecostal Church. Nick’s mother, Denise Miller, is a singer who sacrificed her career for her four sons: Nick and his three brothers, Joe, Kevin, and Frankie. Nick is the third child in the family. 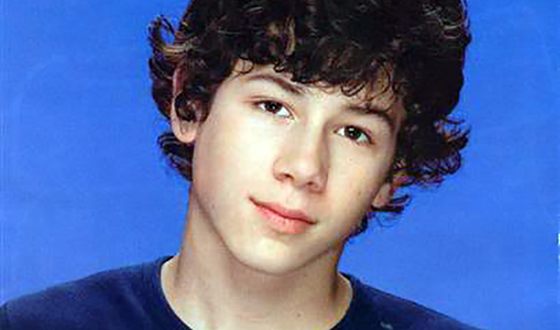 Nick Jonas as a child
From a young age, the boys showed remarkable artistic talents, which were encouraged and developed by their parents. Nick stood out amongst his brothers. Apart from having a stunning voice and perfect pitch, the boy obviously had the makings of an actor. Nick was 6 years old when he accompanied his mother to the hairdresser’s, and his voice was overheard by an agent searching for young talent.

A year later, Nick was already performing on Broadway; at the age of nine, he wrote lyrics for the popular Christmas composition Joy To The World. He sang it for the first time at a Christian radio station. Soon afterward he was offered a contract with Columbia Records and recorded another song, Dear God. 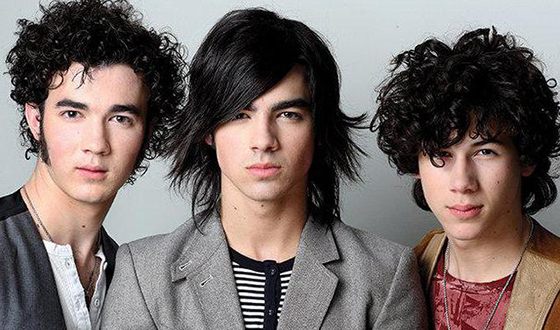 Nick Jonas with his brothers
When the company’s representatives learned that Nick had two older brothers who were also musicians (his younger brother, Frankie, was too small at the time), they suggested the boys create a music band akin to Michael Jackson’s Jackson’s 5.

Consequently, the Jonas Brothers band was formed and immediately gained popularity far beyond America. Clearly, Nick was the indisputable leader of the team, due to his expressive voice and masterly piano and guitar skills.

Jonas Brothers and Other Projects

In 2005 the newly-created boy band started working on their debut album and opened concerts for popular artists, such as Backstreet Boys and George Michael. The band’s first single Mandy, accompanied by the music video, was released in December the same year. In August 2006 a limited release (50 000 copies) of the It’s All About Time album came out; Columbia Records wasn’t interested in investing much money in the band, so the boys decided to sign a contract with Hollywood Records. 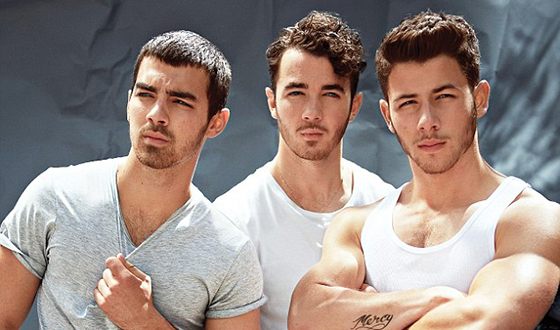 Nick Jonas and his brothers as the Jonas Brothers band
In the spring of 2007, under the new label, the Jonas Brothers released another album, named after the band. The album was a success; it reached number 5 on the national Billboard 200 chart. Then the musicians appeared in one of the episodes of Hanna Montana with Miley Cyrus and their career skyrocketed.
Jonas Brothers – Burnin Up
In 2008 and 2009 the band released two albums along with Nick’s solo record Who I Am (2009), which was recorded together with The Administration band. Here is what Nick says about the making of this side-project:

I had written five or six songs that were on my heart, things that were just pouring out of me with this new and exciting sound. They weren`t necessarily right for the Jonas Brothers, but I thought they could be perfect for something else.

The band functioned until 2011 when it became too difficult for Nick to combine the two projects. He ceased working with The Administration; besides, the brothers took a vacation from their main activities in 2012 in order to work on their new album. By that time they had terminated their contract with the recording studio, so they worked in a sound studio at Nick’s house.

The album was released on September 23, 2013, and on October 30 Jonas Brothers announced the split-up of the band. After these events, Nick started working on his second solo album; he was also helping his good friend Demi Lovato to organize her world tour; they sang a couple of duets together. 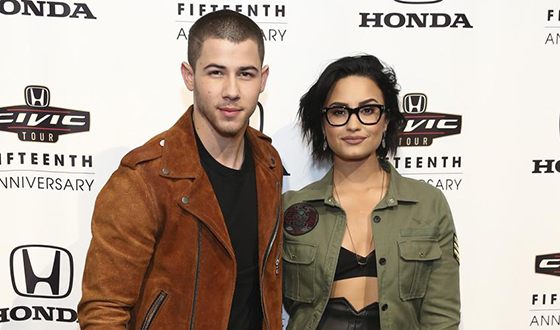 Nick Jonas and Demi Lovato
According to Zoomboola.com, in the summer of 2014, the singer released the Chains single, which didn’t gain popularity with the public unlike his next composition, Jealous which became his first top ten hit as a solo artist on the Billboard Hot 100. In the same year, the album Nick Jonas debuted at number six on the Billboard 200. The album, which included 11 songs, received mostly positive feedback from the critics.

In his music, Nick follows in Stevie Wonder’s and Prince’s footsteps. This creates impressive prospects for his future development.
Nick Jonas - Find You
In the summer of 2016, Nick recorded his third solo album Last Year Was Complicated. The album consisted of 12 songs, including the lead composition Close.

When I first started making it I thought I knew what it would be about.. Then I had a breakup. It then became very clear what this thing would be about... And that I would need to dig really deep. Shit is too real sometimes.. Reliving some of these real-life experiences through this music is hard.

Like many of his colleagues in music (for example, Harry Styles from One Direction), Nick Jonas is also a successful actor. Apart from music projects, such as Hannah Montana, Camp Rock, and the series Jonas Brothers, there many other interesting projects in Nick’s filmography.

In 2009 Nick and his brothers appeared in the movie Night at the Museum: Battle of the Smithsonian with Ben Stiller; they played flying cherubs.
Nick Jonas in Night at the Museum: Battle of the Smithsonian
In the following years, he appeared in some episodes of the series Hawaii Five-0, Mr. Sunshine, and the Last Man Standing. In 2014 he was cast for one of the lead roles in the drama series Kingdom, telling the story of a married couple trying to keep their gym business afloat.

At the end of 2017, he appeared in the remake of the Jumanji movie alongside Dwayne Johnson, Jack Black, Kevin Hart, and Karen Gillan.
Nick Jonas’s interview about the making of Jumanji
In 2015 Nick Jonas appeared in five episodes of the Scream Queen series with Emma Roberts and Lea Michele; he also played the lead role in the thriller Careful What You Wish For. The movie was a box office flop and was heavily criticized. On the other hand, the independent drama Goat, where he played one of the lead roles, was nominated for the Grand Prize of the Sundance festival. The movie focuses on bullying on a student campus.

Gorgeous Nick’s fans are as interested in his personal life as they are in his career. For the past few years, the Internet community has been actively discussing his whirlwind romances with the singer Selena Gomez, the actresses Kate Hudson, Demi Lovato, and Miley Cyrus, and the models Olivia Culpo and Delta Goodrem. 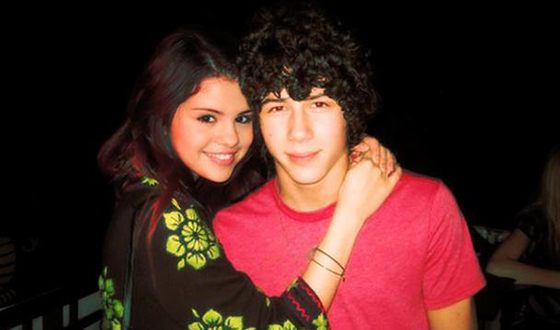 Nick Jonas and Selena Gomez
In November 2017 the singer was spotted with the New Zealand model Georgia Fowler. 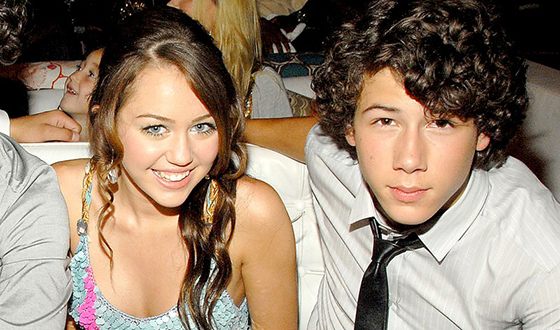 Nick Jonas and Miley Cyrus
At the beginning of 2018, the gossip columns announced that the 25-year-old actor and musician was dating Demi Moore, who is 30 years his senior and is fond of young boys. They were seen together more than once, although, after the painful split-up with Ashton Kutcher, her husband at the time, the actress is trying not to flaunt her new romances. 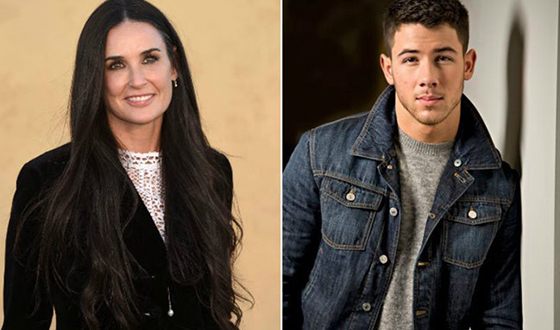 Nick Jonas and Demi Moore started dating
However, in May 2018 the name of Nick’s latest sweetheart became known - the Indian actress, Miss World 2000, Priyanka Chopra. "We are a perfect fit", said the couple. Beautiful Priyanka is 10 years older than her boyfriend. 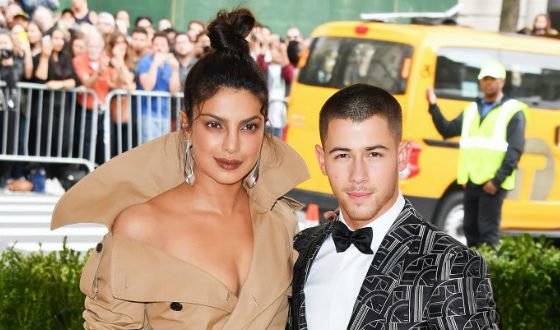 In 2018 Nick Jonas started dating Priyanka Chopra
In December 2018, Nick and Priyanka got married. The celebration spread over five days. One of them, the couple held a Mehendi ceremony: Priyanka and Nick made inscriptions on their hands from henna. 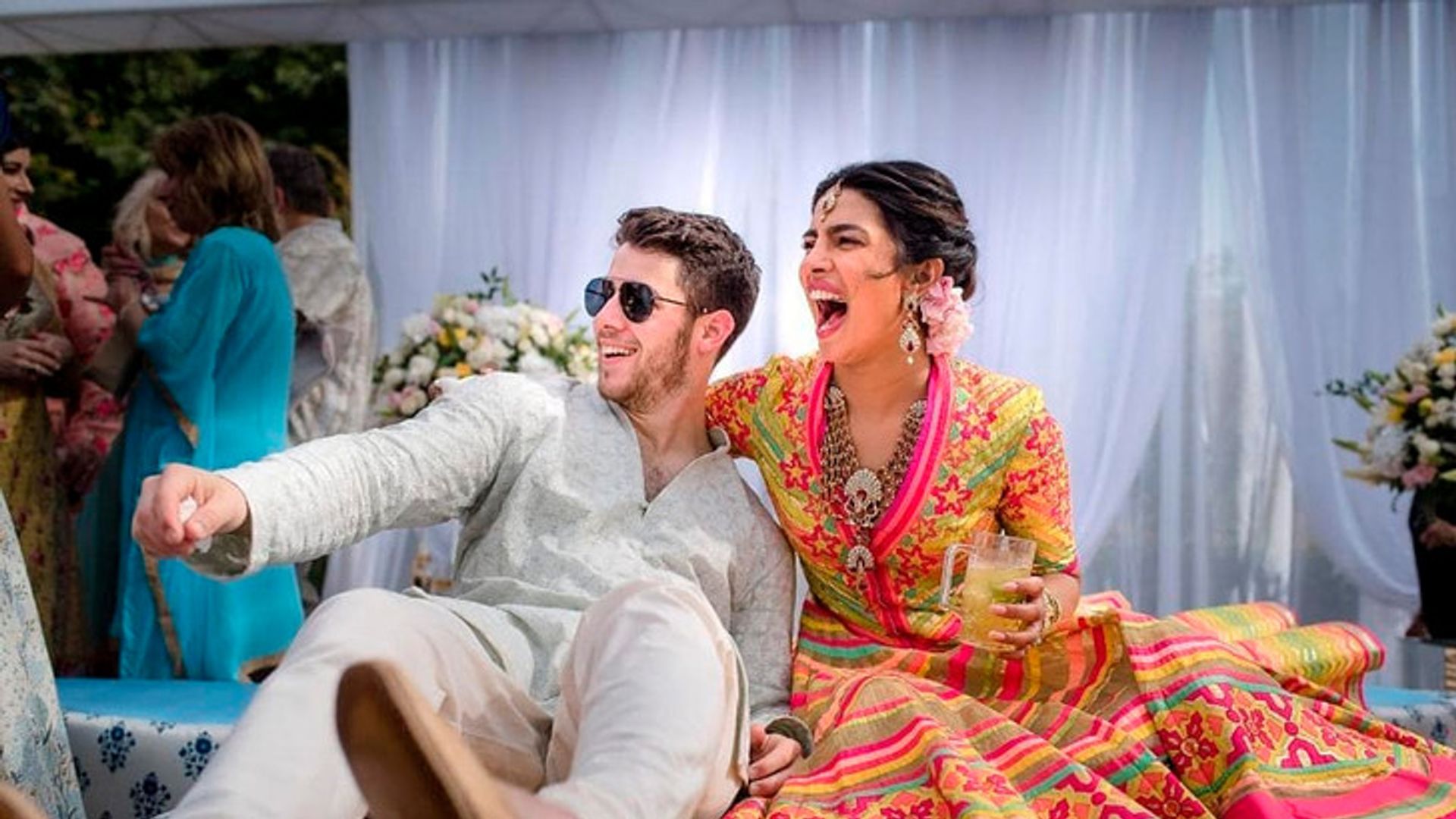 Nick and Priyanka on the mehendi ceremony
On January 21, 2022, the couple welcomed a newborn daughter. The girl was carried by a surrogate mother.

Nick Jonas is currently focusing on cinematography. In 2019, several premieres took place with his participation. Among them is the historical drama "Midway", in which he appeared as Bruno Gaido. Woody Harrelson and Mandy Moore became his partners on the set. Also another part of "Jumanji: The Next Level", in which Nick played Jefferson McDonagh. Also slated to premiere in 2020 is Chaos Walking, an American science fiction film starring Jonas as Davey Prentiss Jr. The film also stars Daisy Ridley and Tom Holland.

7 celebrities who never subjugated their lives to diabetes 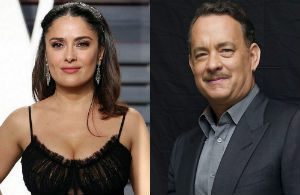 People often think that diabetes affects only overweight people or those who do not control their diet. However, the disease may be due to a number...