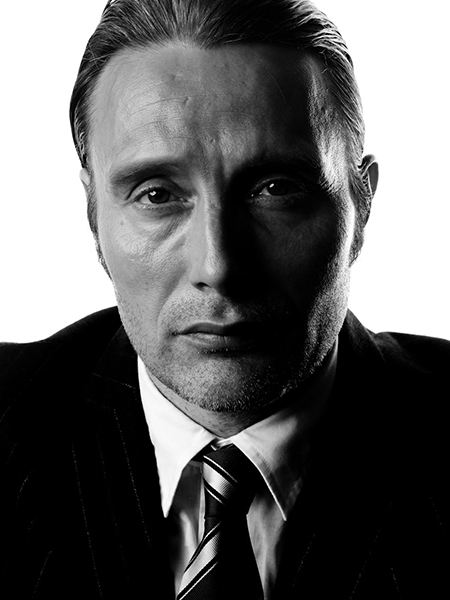 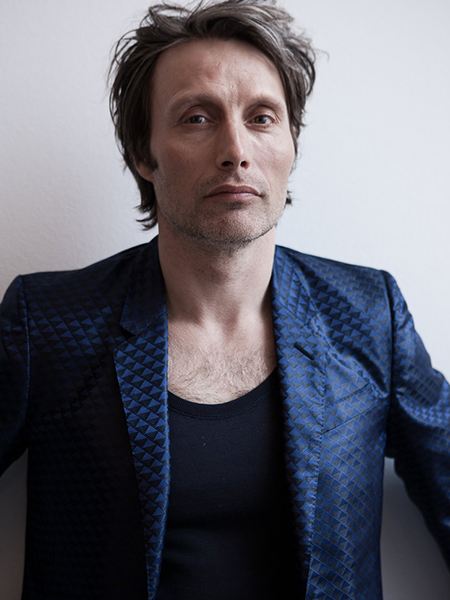 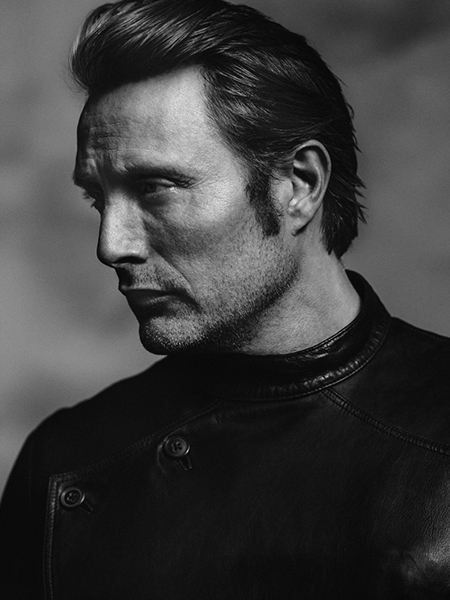 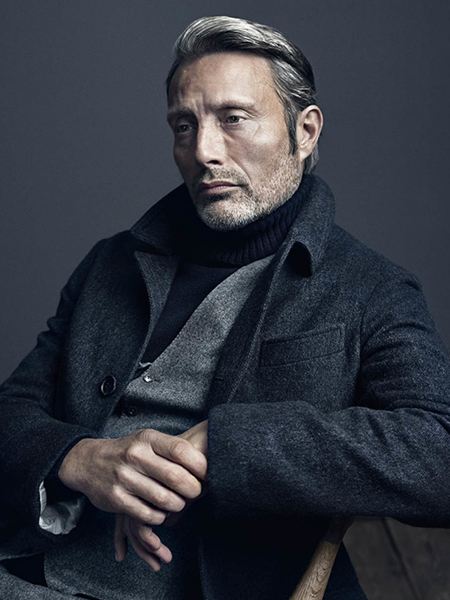 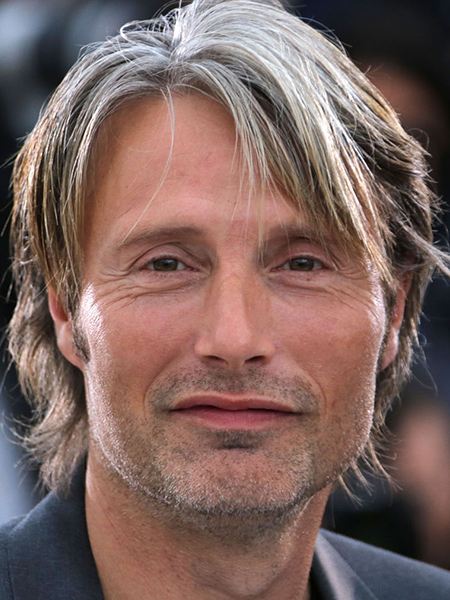 Mads Mikkelsen is a distinguished-looking Danish who is an undauntedly talented actor. He is the star of the TV show Hannibal and such films as The Hunt and Casino Royale, and the Palme d'Or winner. Net worth: $14 million. 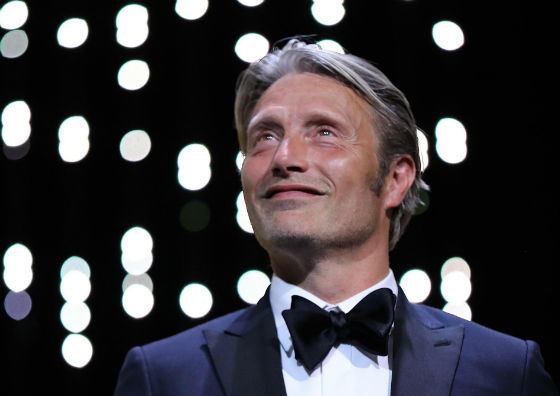 The full name of the actor is Mads Dittmann Mikkelsen. The boy spent his childhood in the most prestigious district of Copenhagen, Østerbro. That's where his parent's house, a Danish family of Henning Mikkelsen (who was also an actor by the way) and his wife, Bente Christiansen, was located. Mads continued the fine traditions of his family by following in his father and a year older brother's, Lars Mikkelsen, footsteps. His brother starred not only in Danish films but also in such much-talked-of TV shows as Sherlock and House of Cards. 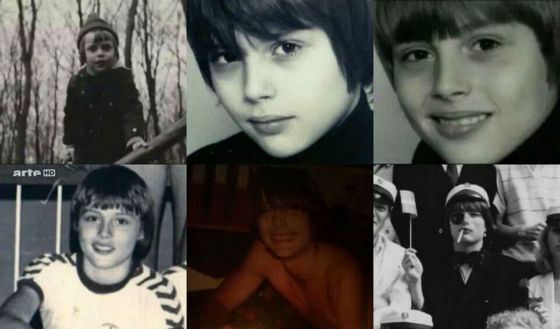 Pictures of Little Mads Mikkelsen
When Mads was little, he even didn't dream of becoming an actor. But as the saying goes, genes make us who we are. He received his theater degree in the Aarhus Academy in 1996 at the age of 30. Until then, Mikkelsen was a professional dancer.

Mads received his first significant role in the Danish action film Pusher right after graduation from the drama school. The debut was successful, and in the film follow-up, Mads appeared as the lead actor. In just a few years, he became the lead actor in Denmark. He played on one stage with another Danish star, Nikolaj Coster-Waldau. 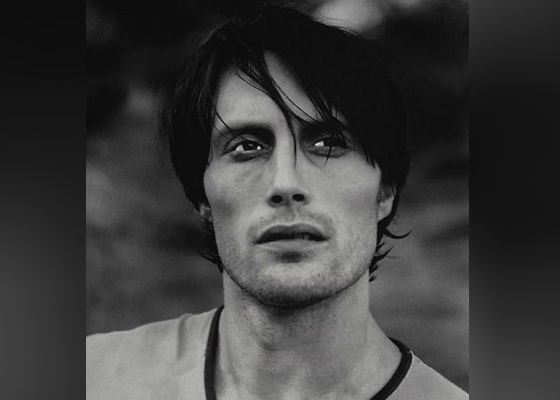 Young Mads Mikkelsen
With the coming of the Millennium, the actor became famous outside his home country. The picture Flickering Lights earned him popularity and the epic drama King Arthur in which he portrayed Tristan strengthened his positions in Europe. 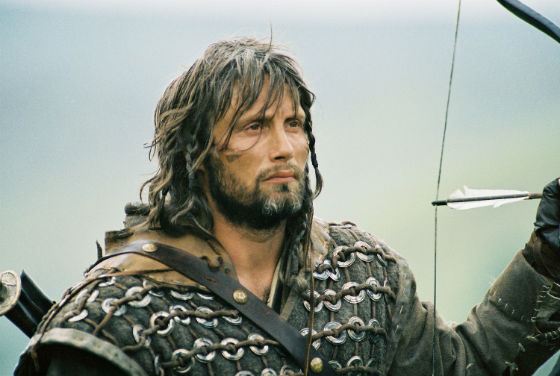 A Brutal Tristan from King Arthur
In the early 2000s, he appeared in a few films by Susanne Bier that later were nominated for the Oscar (Open Hearts and After the Wedding).

One of the first villains portrayed by Mikkelsen was an anti-hero from another part of the Bond film series, to be more precise a shady financial genies, Le Chiffre, from the Casino Royale (2006). 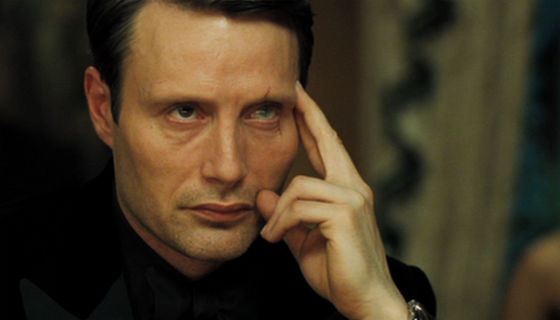 Casino Royale: Mads Mikkelsen as Le Chiffre
Later, he appeared in the biographical drama about a relationship between a musician, Igor Stravinsky, and a legendary Coco Chanel. The picture was highly appreciated and received positive reviews from critics. The popularity of Mads Mikkelsen was rising with each project. Eventually, he became the sex symbol not only in his home country. 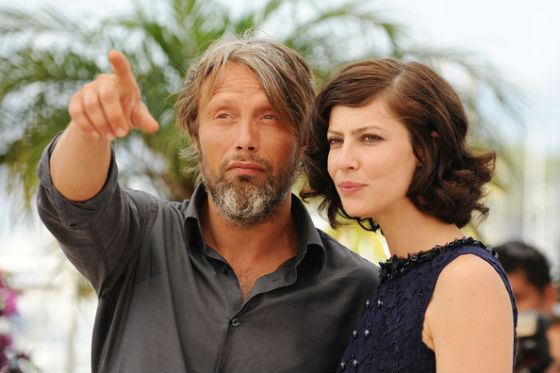 A Frame from the film Coco Chanel & Igor Stravinsky
Bearing in mind the successful experience in epic sagas, the actor accepted an offer to portray a lead character in A Royal Affair in which a Swedish rising star, Alicia Vikander also played. 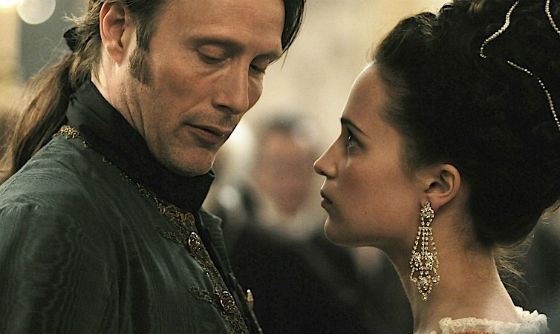 A Royal Affair: Mads Mikkelsen and Alicia Vikander
Later, there was a screen version of The Three Musketeers by Alexandre Dumas in which Mads appeared as an antihero, Rochefort. 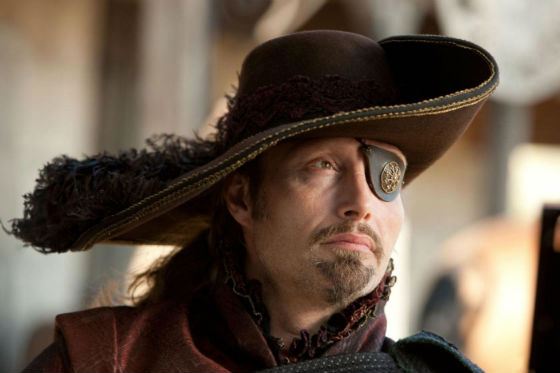 Mikkelsen as a Count Rochefort
The year of 2013 became the year of breakthrough and height of fame for him. That year, Mads Mikkelsen appeared in the acute social drama The Hunt that earned him the prize of the Cannes Film Festival (Palme d'Or for best male lead). The plot is based upon a story of one family, a story of a father of that family actually, Lucas. He is a divorced teacher, working in a kindergarten, and fights with his wife for custody. To get what she wants, his wife uses the most wicked methods and casts slurs upon Lucas. 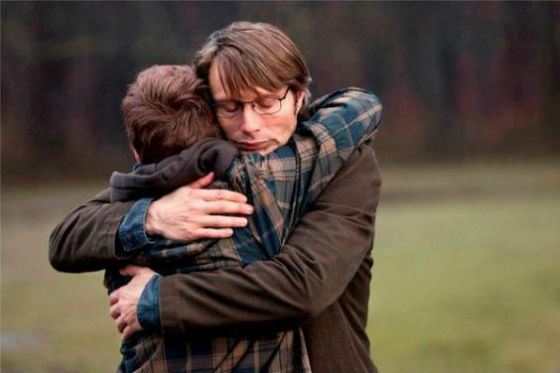 The Hunt is One of the Best Films with Mads Mikkelsen
The depth of reflection of the lead character and his will power allowed Mads Mikkelsen to show his talent in full. The film was also nominated for the Oscar. However, the Oscar went to La Grande Bellezza by Paolo Sorrentino.
Mads Mikkelsen: Short Biography
The actor returned to his favorite roles as antiheroes. In particular, he portrayed a charming and smart Hannibal in the popular TV show Hannibal. After the brilliant acting of Anthony Hopkins in the canonical film The Silence of the Lambs, no one believed that someone else could deal with this role. But Mikkelsen did it - no one has never compared his Hannibal Lecter to any other character. 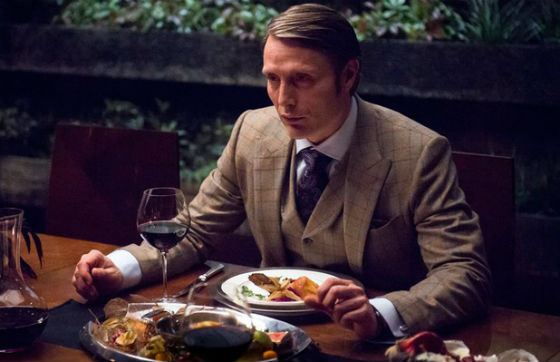 A Role of Hannibal Lecter Made Mads Mikkelsen a World Famous Actor
Hugh Dancy, a second supporting actor who portrayed an FBI analyst, Will Graham, invited Mikkelsen to play in Hannibal. The project was very popular with viewers around the world. However, in 2015 the NBC channel announced the project closeout. Their contracts expired, but they both expressed their desire to work together in the future if there would be a chance.

According to Zoomboola.com, in 2016, the actor participated in the filming of the superhero blockbuster Doctor Strange in which he worked with Tilda Swinton and Benedict Cumberbatch. He also appeared in the spin-off of the cult saga, the blockbuster Rogue One: A Star Wars Story. 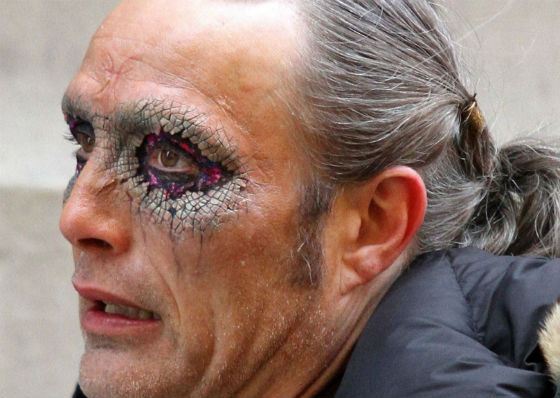 Doctor Strange: Mads Mikkelsen with Makeup
In 2018, the release of the film At Eternity's Gate took place. Willem Dafoe portrayed a famous artist in this film. Mads played a secondary but a bright role of a priest. The new action film Polar is coming next year. This time, Mads will star as a dangerous killer, Black Kaiser.
Polar - Trailer

Mads Mikkelsen lives in Toronto, Canada, where he moved with his family after the filming of Hannibal had started. He realized that he couldn't live without his family for a long time. The actor is married to a choreographer, Hanne Jacobsen. They met in 1987 when Mikkelsen got involved professionally in dancing. Since then they have never separated. The couple officially married in 2000. They have two children: a son, Carl, and a daughter, Viola. 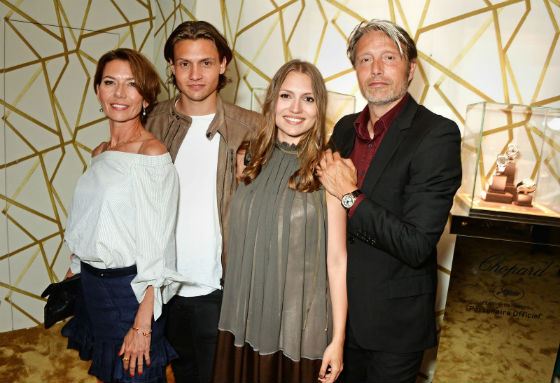 Mads Mikkelsen with his Wife and Children
When the actor was a young boy, he took a great interest in motorcycles. In his garage, there are rare and collectible samples at the beginning of the last century. 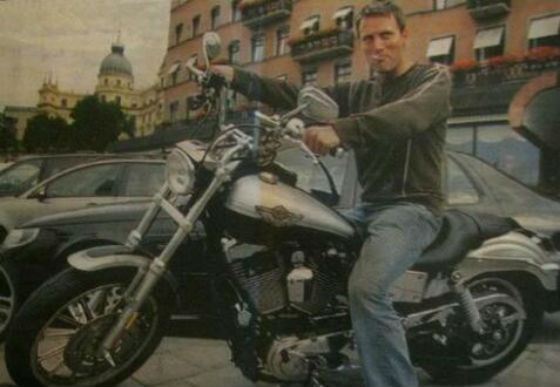 Mads Mikkelsen has Long been Fascinated with Moto Vehicles 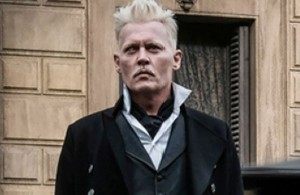 The scandalous divorce and litigation with Amber Heard left an indelible mark on Johnny Depp's career. The actor not only loses libel cases but also...

Lily James where is she now
5.7