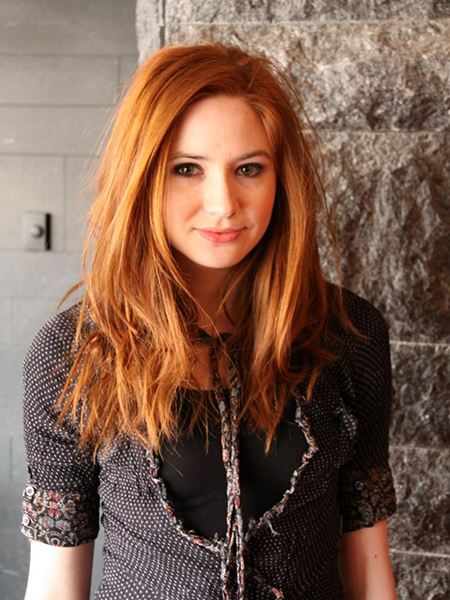 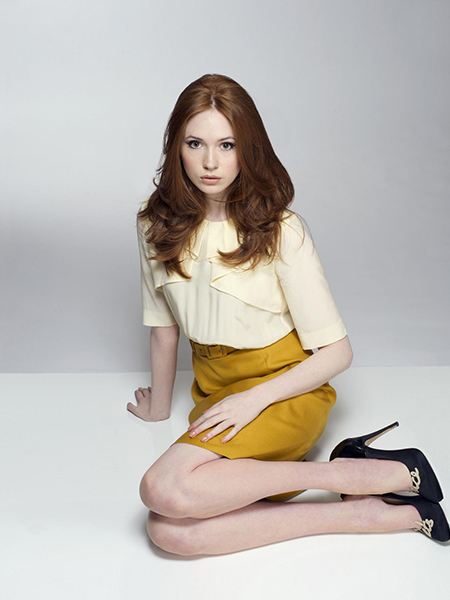 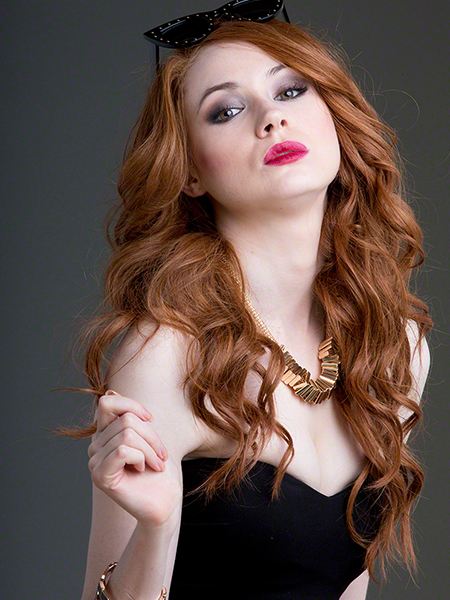 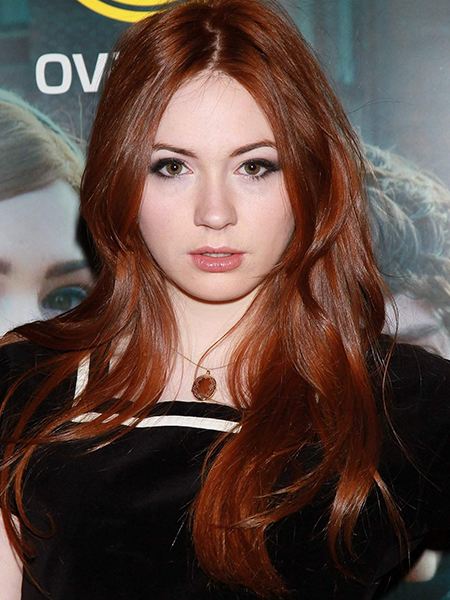 Who is: actress, movie director, screenwriter 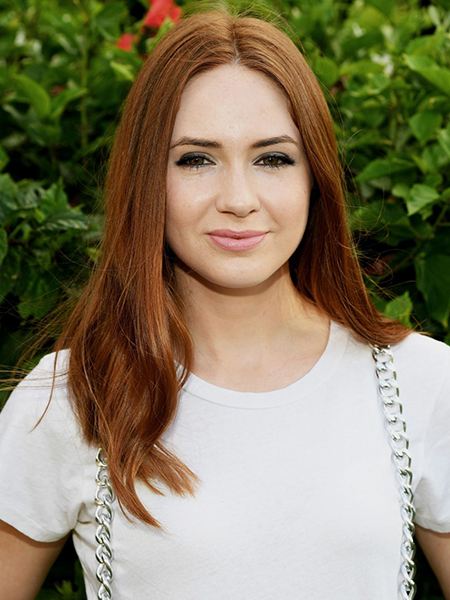 Karen Gillan is a Scottish actress known for her roles in TV shows «Doctor Who» and «Selfie» and the heroic blockbuster «Guardians of the Galaxy». Net worth: $3 million 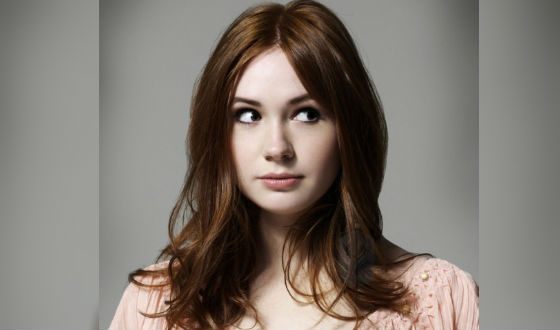 Karen Gillan was born on November 28, 1987, in a Scottish town Inverness, into a family of a musician Raymond J. Gillan and a housewife Mary Paterson. From an early age, the girl showed love towards stage and art. Before Karen turned 7, she had played the piano pretty well and enthusiastically participated in school theater plays. 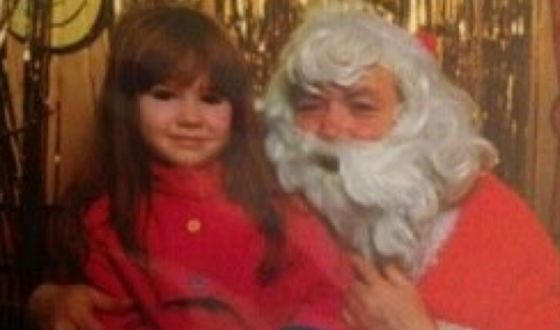 Young Karen Gillan
At the age of 16, Gillan moved to Edinburgh and entered the Telford College where she studied acting. Two years later, Karen entered the Italia Conti Academy of Theatre Arts in London. A representative of a model agency noted a tall student (Karen Gillan's height is 178 sm). Karen said that she won't deny acting to join the cruel world of fashion. However, she didn't refuse to try herself in modeling.

In 2006, Karen appeared on the set for the first time. She got a bit part in the 3rd season of the TV show «Rebus.» During the following four years, the actress played bit parts in British TV shows and participated in the Kevin Bishop Show in which she played different characters including characters of famous people (Angelina Jolie, Katy Perry, and Julia Roberts). Since 2011, the actress has combined shooting with bit parts in the theater. 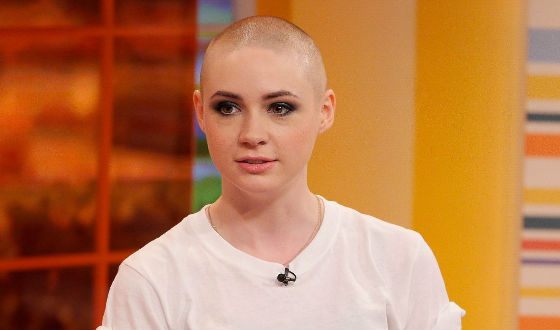 Bald Karen Gillan (2014)
The popular TV show «Doctor Who» was her real breakthrough. In 2009, she was approved for the role of Amy Pond, a helpmate of the Eleventh Doctor (Matt Smith). It's interesting that the actress played a prophesier in the 4th season of this TV show (the episode «The Fires of Pompeii»), and she got the lead in the 5th season released in spring of 2010. 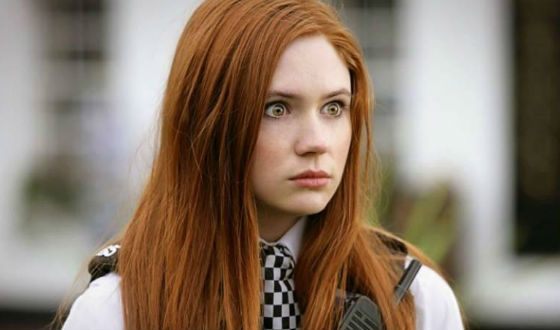 «Doctor Who»: Karen Gillan in the Role of Amy Pond
Karen got a chance to share one film set with her cousin, Caitlin Blackwood, who played a 7-year Old Pond. Cousins had never seen each other before shooting. 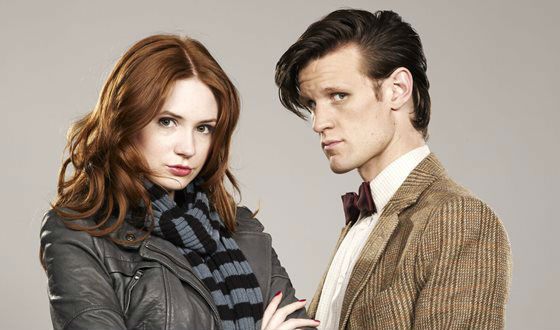 Karen Gillan and Matt Smith Are Considered the Best Couple of «Doctor Who»
The character of a writer Jane Lockhart in the melodrama «Not Another Happy Ending» (2013) became another big part of the young actress. A producer John Mackay said that «a skittish, active, funny and a little clumsy» Gillan was the perfect candidate to play this character - the girl who is inspired by woe more than by anything else. 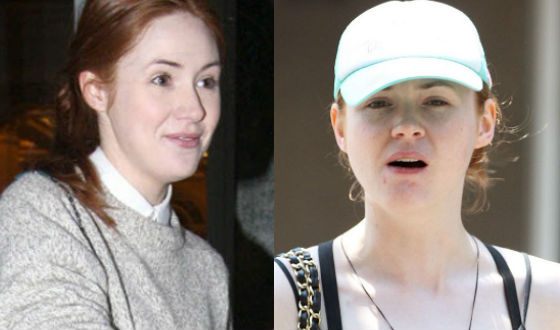 Karen Gillan Without Makeup
Later, Gillan played the lead in the thriller «Oculus» (2013) and also played the space supervillain Nebula in the adventure film «Guardians of the Galaxy» (2014) for which she shaved her head. 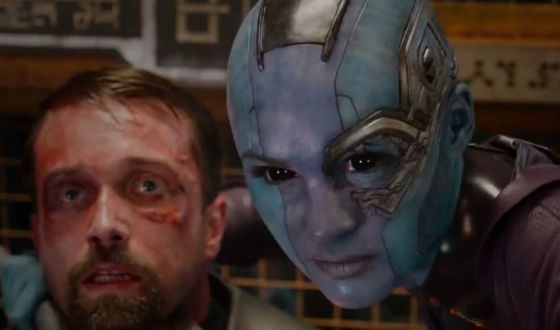 «Guardians of the Galaxy»: Karen Gillan In the Makeup of Nebula
In 2014, Gillan was approved to play the lead in the comedy TV show «Selfie,» and the following year the actress played in the Oscar-nominated film «The Big Short.» On the film set, Karen worked with such famous actors as Brad Pitt, Ryan Gosling, Steve Carell, and Christian Bale. Karen continued to play in TV shows and films, including the second part of «Guardians of the Galaxy» in which she played the character of Nebula once again. 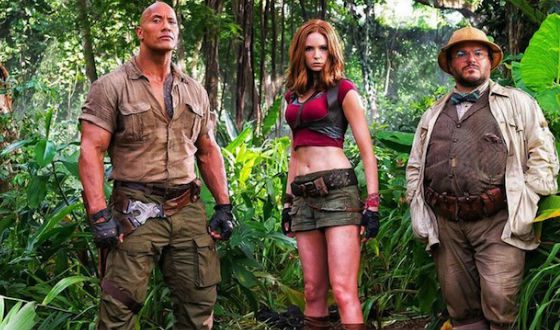 A Frame of the Film «Jumanji» (2017)
The premiere of the fantastic drama «The Circle» with Emma Watson and Tom Hanks took place in April of 2017. Karen's character became one of the main heroines of the picture. 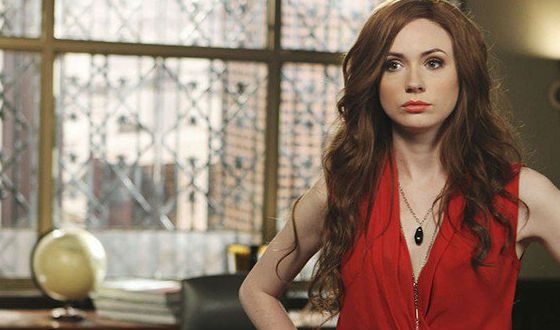 In 2017, the Film «The Circle» With Karen Gillan Was Released
In 2019 , Karen appeared in two high - profile premieres at once: this is the continuation of the famous adventure fantasy "Jumanji: The Next Level" with Dwayne Johnson and the final part of "The Avengers".
Inside Avengers Star Karen Gillan's Home For A Perfect Night In | British Vogue
Together with Harrison Ford and Omar Si, the actress starred in Chris Sanders' adventure film "The Call of the Wild", which was released in 2020. Together with Lena Headey, she played the main role in the action movie "Gunpowder Milkshake".

From 2006 to 2012, Karen dated a photographer Patrick Green. In March of 2012, the paparazzi captured the actress with a British actor Andrew Brooke. However, Gillan denied romantic relationships with her colleague. 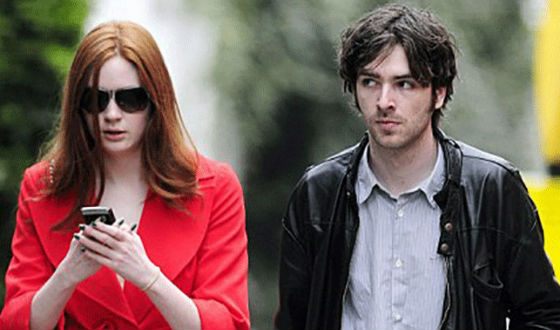 Karen Gillan's Ex-Boyfriend, an Actor Patrick Green
According to Zoomboola.com, in 2012, Karen moved to Los Angeles. In her interview with a newspaper The Telegraph, she shared that it will be hard for her to find a boyfriend in California. According to Karen, Americans and the British have a different view of dating. Thus, Gillan prefered the British option when «you can just have some drink, and don't need to ensure whether it's a date or not.»
Karen Gillian – Chandelier
In May 2022, British tabloids reported on the wedding of Karen Gillan and Nick Kocher, a screenwriter and actor. They worked together on the "Bubble" movie. The wedding took place in one of the castles of Scotland, and the wedding was attended by the closest, including Steven Moffat and Matt Smith. 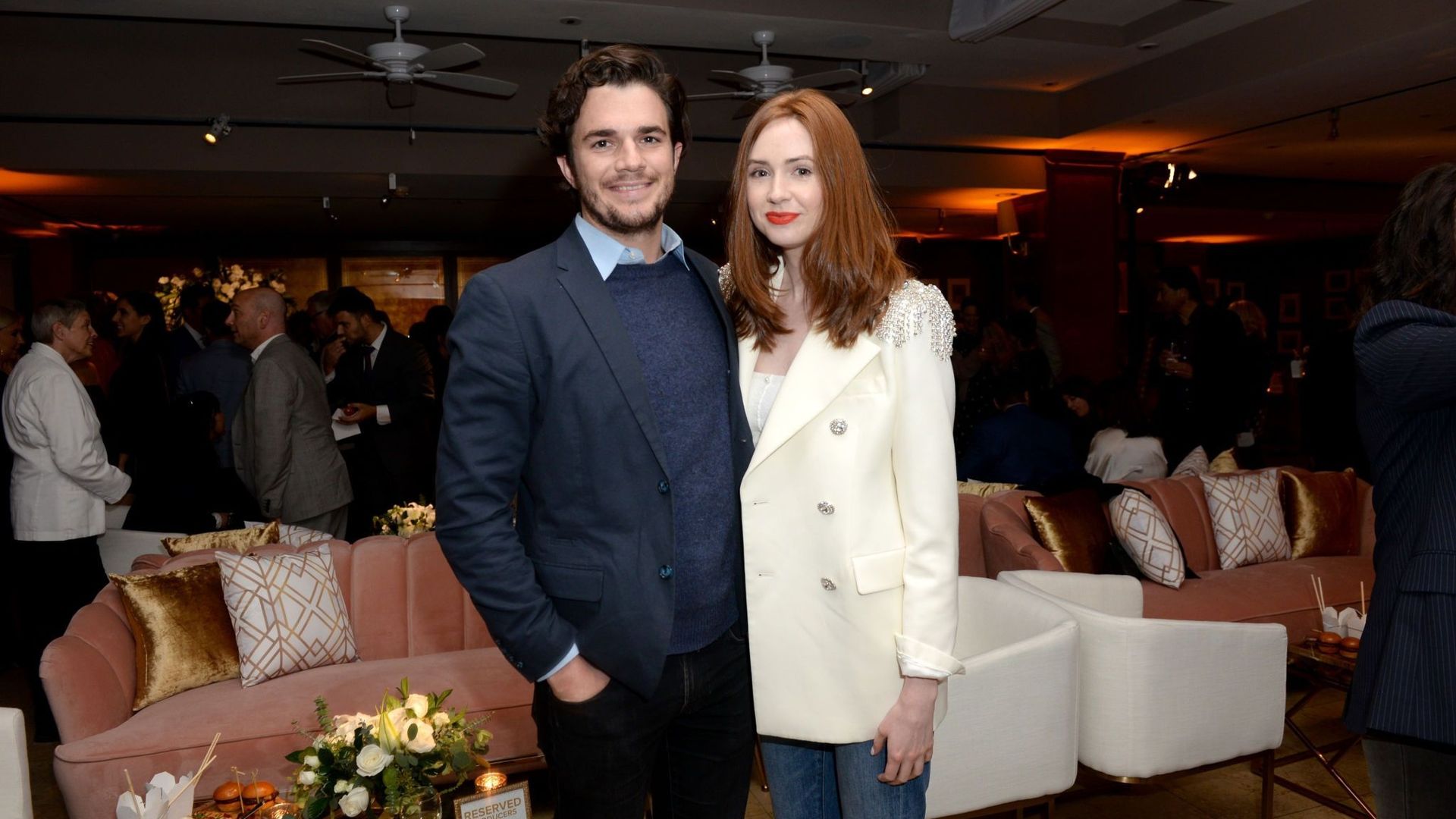 Karen Gillan and her husband Nick Kochar
In 2011, Gillan supported a campaign «Fashion Targets Breast Cancer» aimed at supporting women with breast cancer and helped to open a urology department for children in one of London hospitals. 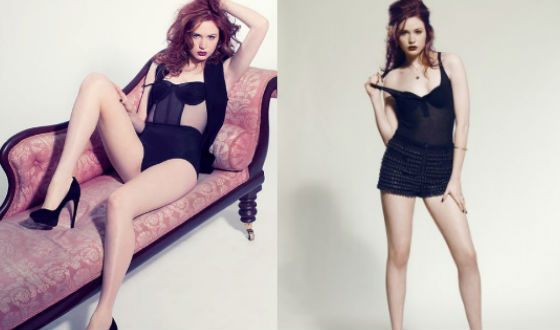 Height and Weight of Karen Gillan: 178 cm/ 58 kg
Even though all her family members are Catholics, she doesn't consider herself a religious person and believes that «we're just tiny dots in the huge cosmic vacuum of the Universe»

In 2021, Karen Gillan played the main role in the drama "Dual", where her character with a terminal illness orders an indistinguishable copy of herself so that the clone will replace her after death. However, the girl recovers – but the clone is not going to withdraw, besides, it surpasses the original in many ways. Despite the interesting idea, critics and viewers found the film boring. 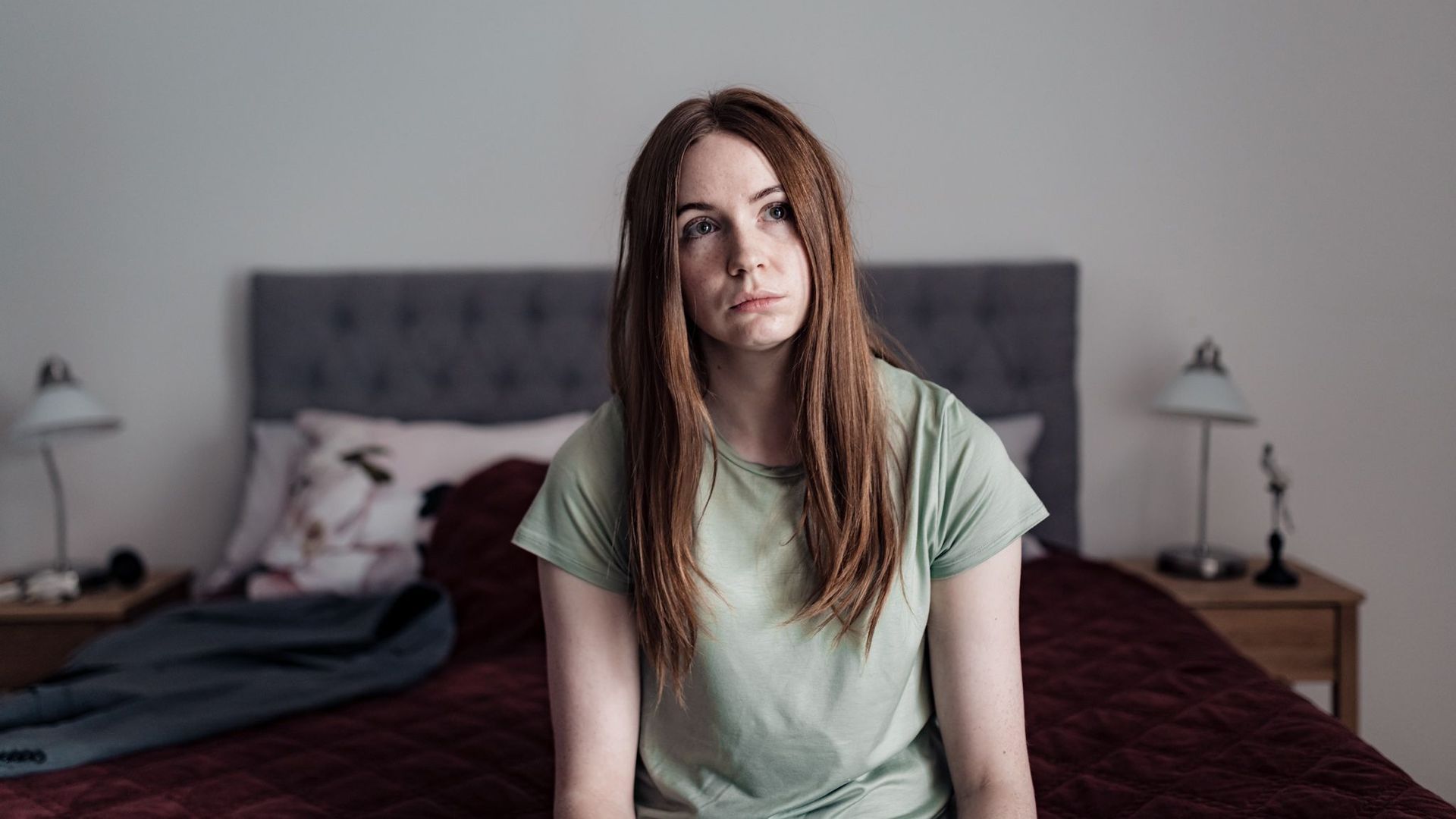 Karen Gillan in Dual
In 2022, Karen could be seen in the comedy based on the pandemic Hollywood life "Bubble" – she got one of the central roles; as well as in the long-awaited fourth part of "Thor", where she returned to the role of Nebula. And in 2023, the premier of the third part of "Guardians of the Galaxy" is expected.

Choose a Hollywood beauty with the most unusual appearance 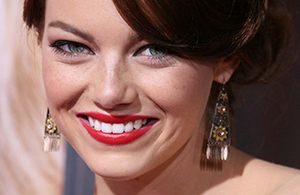 Not all famous actresses look the way modern standards require them to. But, judging by the tops of their admirers and fans, it is in this...