People who were born the same day: 3

Priyanka Chopra is a titled beauty of the Indian cinematography. She stars in pictures both in her homeland and in Hollywood. She also has an active social position and is engaged in charity. 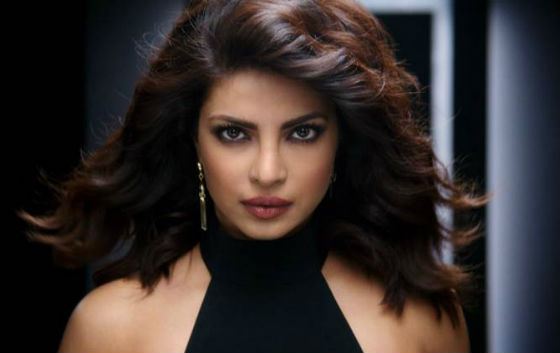 Priyanka Chopra was born on July 18, 1982, in the north-east of India in Jamshedpur. She was the first child in the family of military doctors Ashoka and Madhu Chopra, and later her brother Siddharth was born. 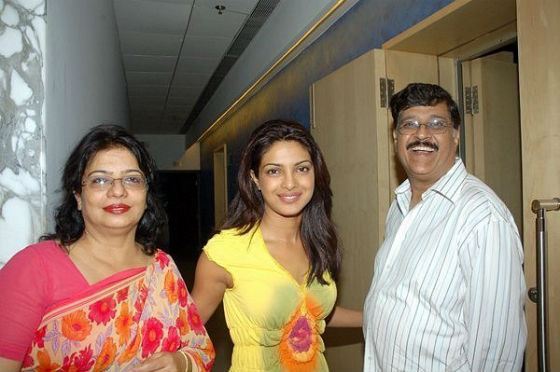 Priyanka Chopra with parents
The parents of the future actress were wealthy people, but curious Priyanka spent a lot of time in the Indian slums and communicated with children from poor families. At a time the girl thought of becoming a doctor and often helped her mother care for the sick. 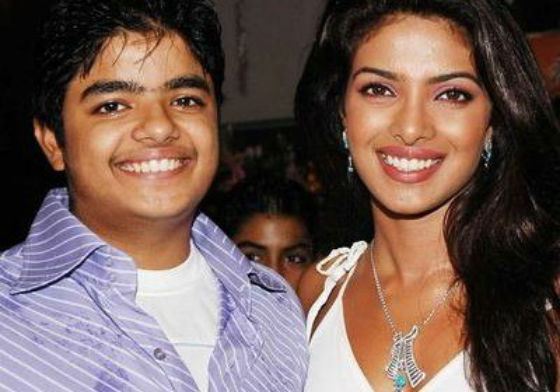 Siddharth Chopra – Priyanka’s younger brother
Since Ashok Chopra was in military service Priyanka’s family often moved from place to place. Therefore the girl received education in various educational institutions. The geography of these travels is quite extensive and covers not only India but also the USA: the Indian city of Lucknow, then Massachusetts, Iowa, and, finally, Mumbai, where the girl graduated from school and entered college. 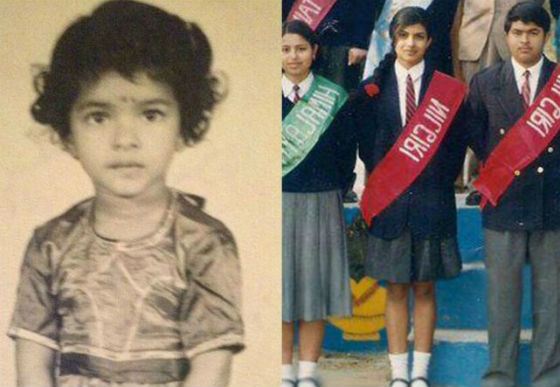 Priyanka Chopra’s childhood photos
As a student Priyanka not once became the winner of beauty contests but did not think of a future podium career. Her main passion was dancing, in addition, she loved the drama theater and wrote stories.

The beginning of a creative career

Priyanka's success in the photo-model industry became possible mostly due to her parents who sent their daughter’s photo to the Miss India-2000 contest without the knowledge of her. The fact that she was among the beauties of the qualifying round was a big surprise for the girl. 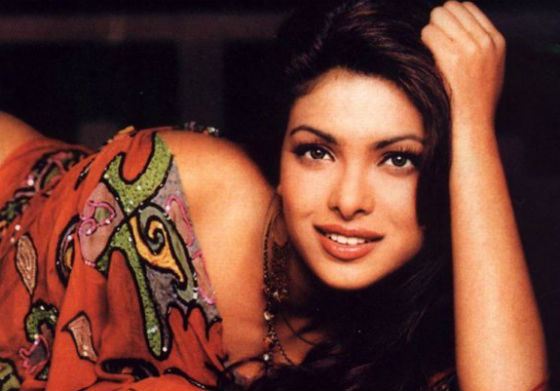 Young Priyanka Chopra
But the tale for Priyanka was just beginning. She made her way to the finals and then won the title of the main beauty of India. According to the girl she had to pose for the camera for the first time then.

Then preparations began for the Miss World contest, which took place in London the same year. Priyanka was so worried at the contest that when asked about which contemporaries she admired, she answered: Mother Teresa!. Chopra did not hear the lead’s question well, and the famous nun had passed away several years before. But, despite the small incident, the 18-year-old Indian surpassed nearly a hundred competitors and won the crown of the winner. 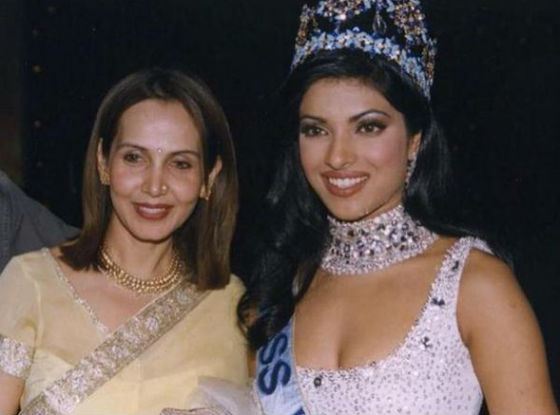 In 2000 Priyanka became Miss World
World recognition brought Priyanka bright prospects, which she had never dreamed of before. I could not believe that I won. I slept, putting my crown next to me because I was afraid that someone would steal it. In a minute my world changed forever, - the girl confessed after the contest.

Soon Chopra received her first invitation to the cinema. Her debut on the set took place in 2002. For her role in the Andaaz (English: Style) the girl received the Filmfare Award in the Best Debut nomination. It is noteworthy that Miss Universe 2000 - Lara Dutta also starred in the same picture. 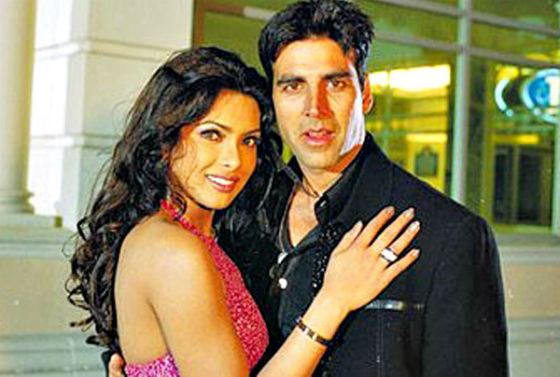 A shot from the Andaaz
The promising young actress was, of course, noticed in Bollywood. Participation in The Hero: Love Story of a Spy (2004) also brought Priyanka an award - she was awarded the Stardust Awards prize in the Best Supporting Actress nomination. However, the beginning of Priyanka Chopra’s film career could not be called over-successful, because all the above-mentioned projects could hardly be called sensational. 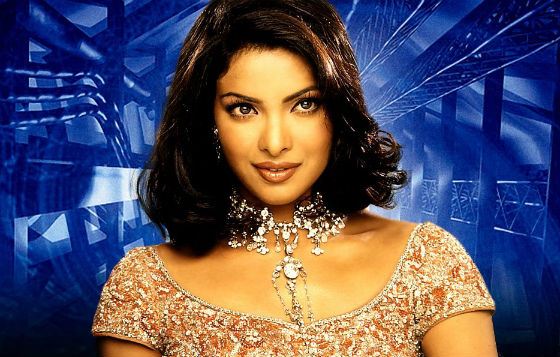 Priyanka Chopra’s first role in The Hero: Love Story of a Spy Indian film
But the audience immediately fell in love with Priyanka for her sincerity, sense of humor, and optimism. According to director Madhur Bhandarkar, Chopra has always been a very simple girl to communicate and easily adapted to any filming process. 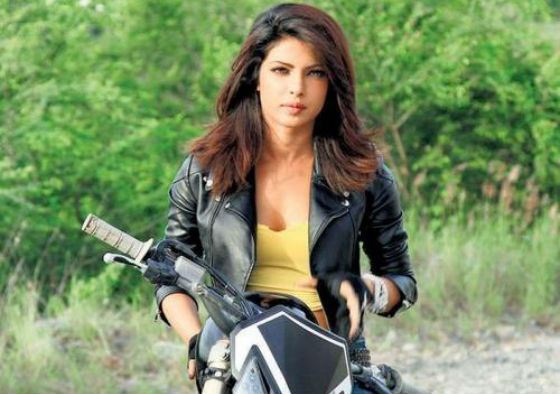 Photo from the set of the Fear Factor show
In 2005 the actress starred in six films and stars of Indian cinema Ajay Devgan, Abhishek Bachchan, John Abraham, Bobby Deol became her partners. In 2006 the girl starred in the Krrish (the Indian superhero movies). In the same year, Priyanka’s filmography was replenished with the first action-film - the picture Don. 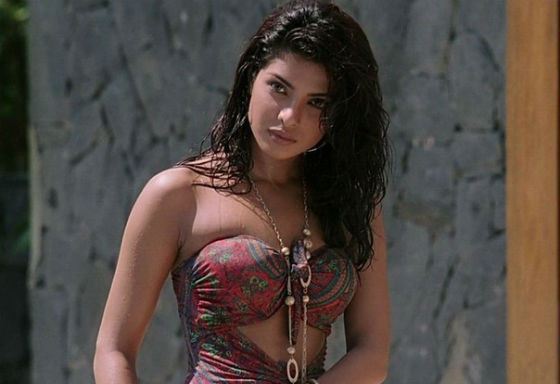 Priyanka Chopra playing Roma (Don)
The actress’s real breakthrough was the role in the Fashion, before shooting which Priyanka lost eight kilograms. Chopra’s next picture, the comedy Dostana was also a hit. After two successful projects, Priyanka became one of the main stars of Bollywood. 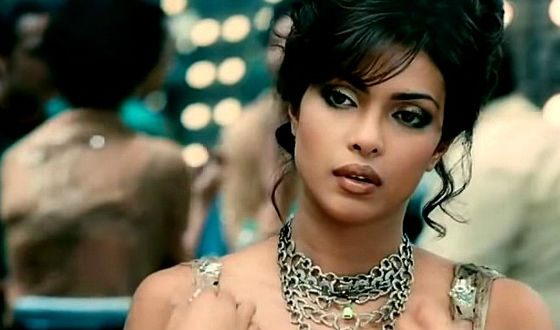 For the set of the Fashion Priyanka Chopra lost 8 kilograms
After the picture What's Your Raashee? the actress got into the Guinness Book of Records. She performed twelve roles in the picture. Nothing similar had previously happened in world cinema.

12 roles – 12 zodiac signs, and all the characters came out different
In 2015 Priyanka Chopra became the star of the new American Quantico TV series about a group of FBI recruits who undergo a course of study. The conflict of the series was that one of the newcomers was a terrorist undercover. The Indian reincarnated into Alex Parrish, one of the recruits of the Quantico base. 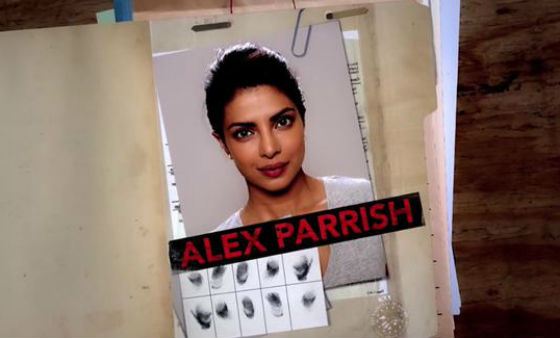 Alex Parrish – Priyanka Chopra’s character in the Quantico series
Chopra is also known as a successful singer. She became the first representative of Bollywood, who signed a contract with an American record company. Priyanka pleases with new records rarely, but aptly. Her first single, In My City, was released in 2012. A year later she presented the audience a duet with rapper Pitbull called Exotic and in 2015 her third single, I Can't Make You Love, ranked third in the Indian iTunes within 24 hours after the release.
Priyanka Chopra ft. Pitbull – Exotic (2013)
In 2016 the Bollywood star was recognized as the sexiest woman in the world according to Maxim magazine. 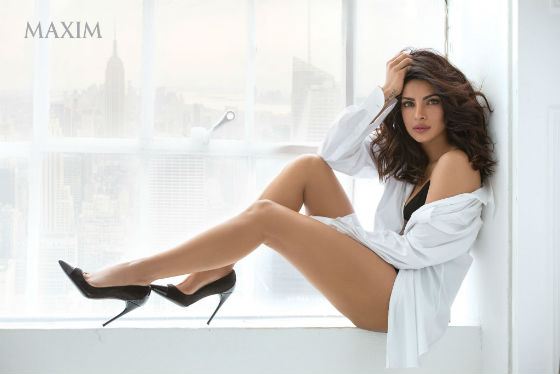 Priyanka is one of the most beautiful women in the world
The same year the actress was busy on the set of the remake of the once-popular TV series Baywatch, which was premiered in 2017. On the same set Chopra met with Pamela Anderson, Dwayne Johnson and Zac Efron. 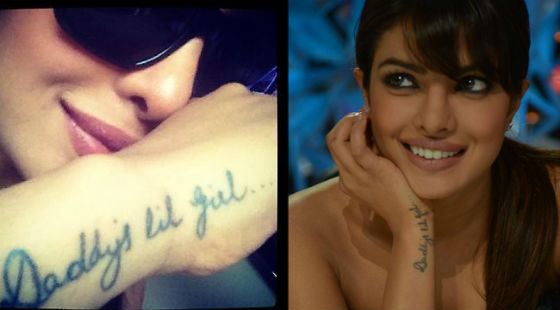 Priyanka Chopra’s tattoo
Priyanka also entered the list of TV actresses with the highest income. According to Forbes her annual earnings amounted to $ 11 million. 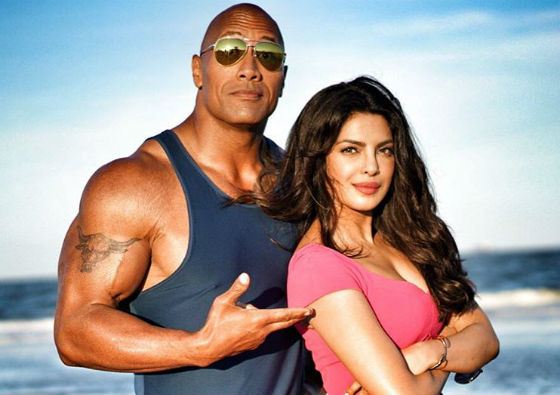 In the photo: Priyanka Chopra and Dwayne Johnson
In 2018 the picture A Kid Like Jake about a boy who loves to dress like a princess was released. The film was a success in the United States. In addition to Priyanka, Claire Danes, and Jim Parsons starred in the picture.

It is impossible not to note Priyanka’s active life position. She often opposes some Indian traditions. In particular, she believes that women should receive education on an equal basis with men. 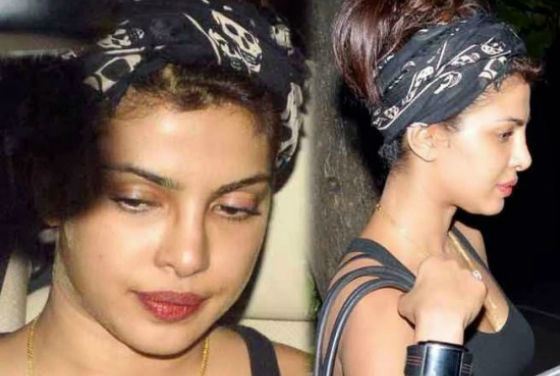 Priyanka Chopra without make-up
The Bollywood star is engaged in charity, in particular, she joined the United Nations International Children's Emergency Fund and also became a Goodwill Ambassador.

Due to her bright appearance and rich inner world Priyanka always enjoyed success with men. She entered the list of the hundred most desirable women according to the Askmen online magazine and also graced the cover of the first issue of Maxim magazine in India. 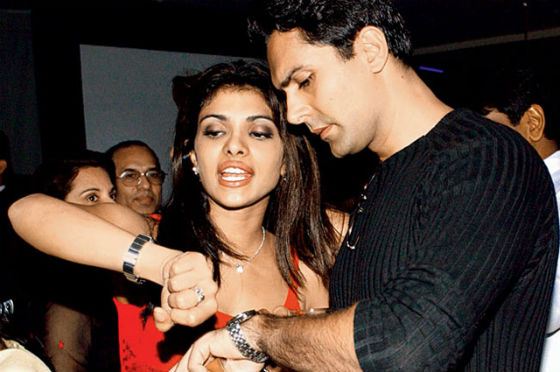 At the earl of her career Priyanka Chopra dated Azim Merchant
The most enviable bride of Bollywood had several romances. She has ascribed love affairs with many colleagues on the set, including married men. The public strongly condemned Priyanka’s intimacy with Shah Rukh Khan, whose wife even forbade him to communicate with the actress. 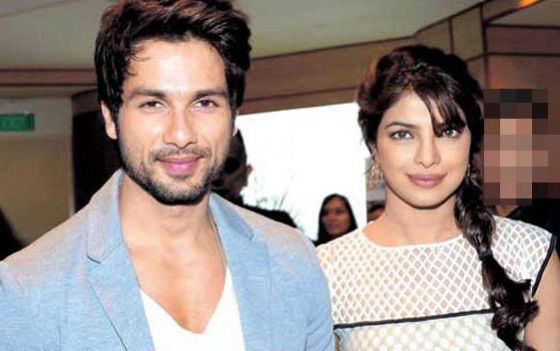 Priyanka has ascribed an affair with Shahid Kapoor
Priyanka herself never advertised her personal life and journalists could only guess about her romantic affairs. Therefore, any man caught near the beauty in the paparazzi’s camera can be counted among the number of her lovers. Such a fate befell even Hollywood star Gerard Butler, who visited a set starring Chopra.

In 2018 Priyanka began dating actor Nick Jonas. They got engaged on Chopra’s birthday on July 18, 2018, and got married in winter in the bride’s homeland India. 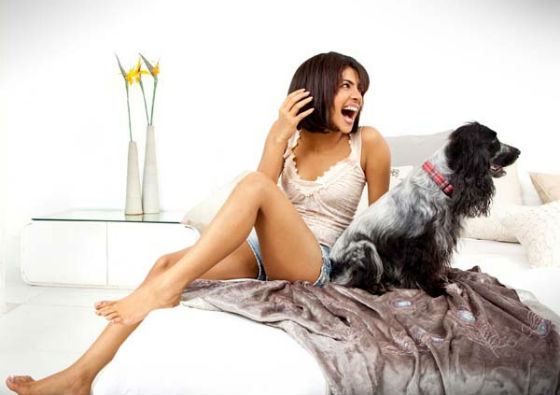 Priyanka Chopra and her dog named Brando
The actress loves animals: Spaniel Brando lives in her house (in honor of Marlon Brando) and in 2013 she adopted tigress Durga and lioness Sandari from the Birsa Munda Zoo.

In June 2018 it was announced that Priyanka would release an autobiography called Unfinished. The book is scheduled to be released in India, the USA, and the UK.

In 2019, the premiere of the comedy "Isn't It Romantic" by Netflix took place. In it, Priyanka played the role of Isabella. The film also stars Rebel Wilson and Liam Hemsworth. Chopra also played the role of Aditi Chaudhary in "The Sky is Pink". In 2020, information appeared about the possible participation of Priyanka in the filming of the new "Matrix" - about what role the actress can get is still unknown.
ZoomBoola.com