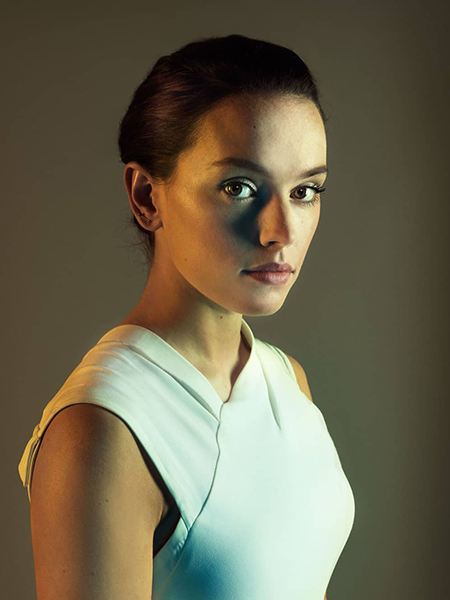 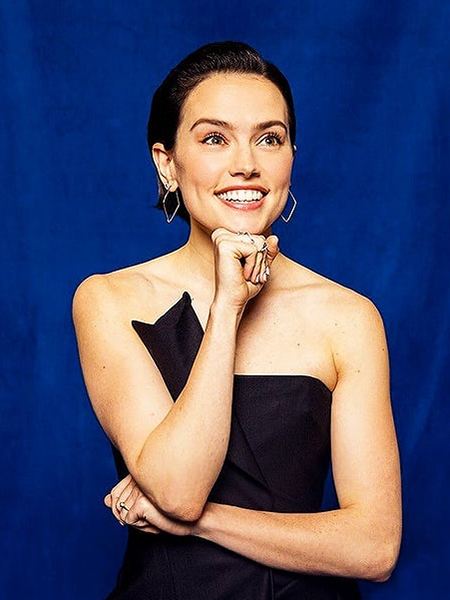 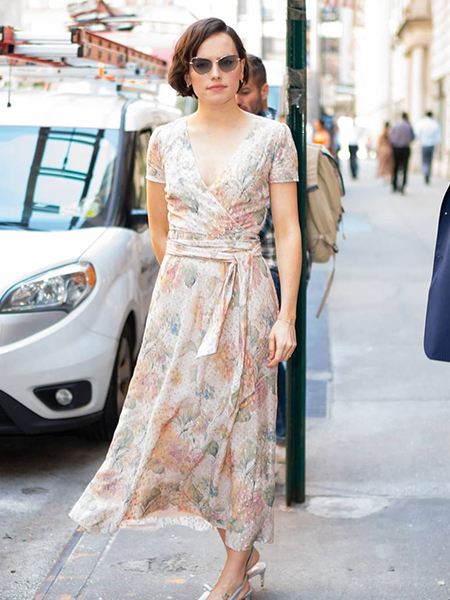 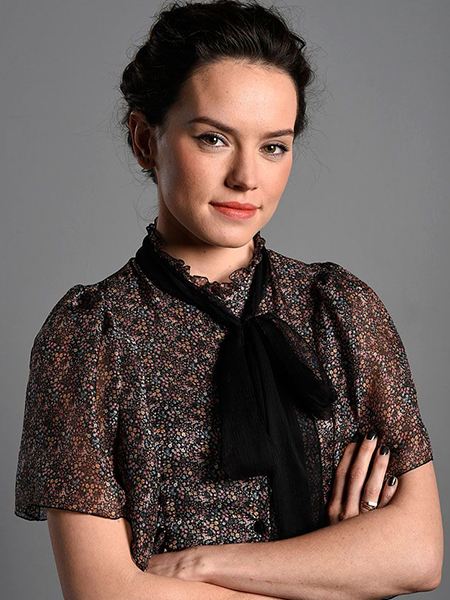 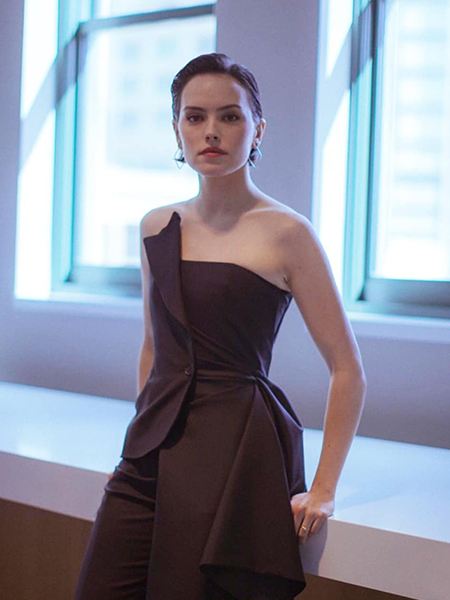 Daisy Ridley is an English actress known for playing Rey in Star Wars: The Force Awakens. Her gentle image is successfully combined with outstanding vocal. Net worth: $9 million. 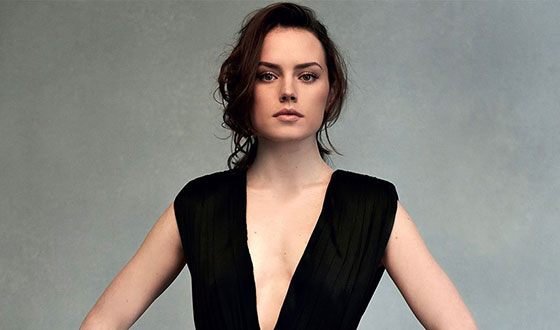 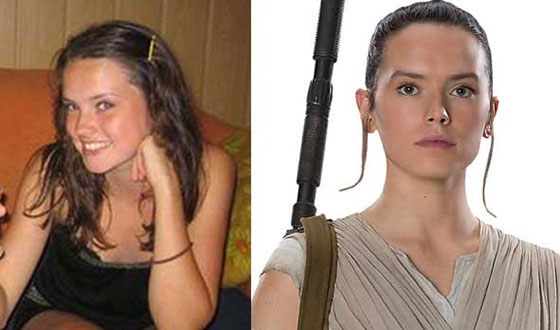 Daisy Ridley in childhood
Her mother's family were landed gentry. Most of her maternal relatives have a military and medical background. Her great-uncle is a famous British actor and playwright Arnold Ridley.

The girl's favorite picture was the 1996 fantasy-tale Matilda. The lead actress Mara Wilson has long been her role model. 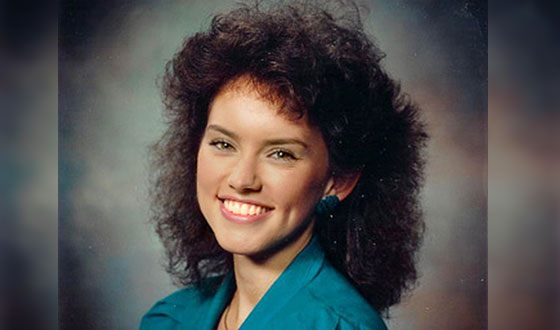 Daisy Ridley in high school
After graduating from school Daisy won a scholarship to study at the Tring Park School for the Performing Arts in Hertfordshire, which she attended from 9 to 18 years old. Then Ridley studied for some time in the evening department Birkbeck, University of London, before dropping out to concentrate on her acting career. 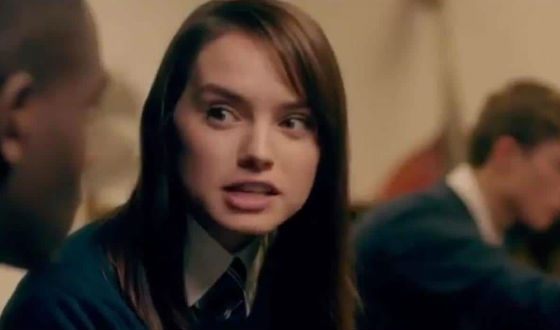 Daisy Ridley in the Youngers TV series
Daisy also starred in several short films including the Lifesaver, nominated for a BAFTA award. In addition, in 2013 the actress appeared in British rapper Wiley’s video clip for the song Lights On. 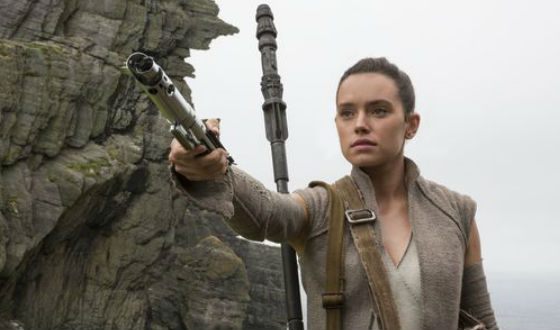 Star Wars VII: Daisy playing Rey
In 2014 the actress was involved in the Crossed Wires British comedy but the scenes with her participation were eventually cut out. Then Ridley appeared in the Scrawl British independent horror film. 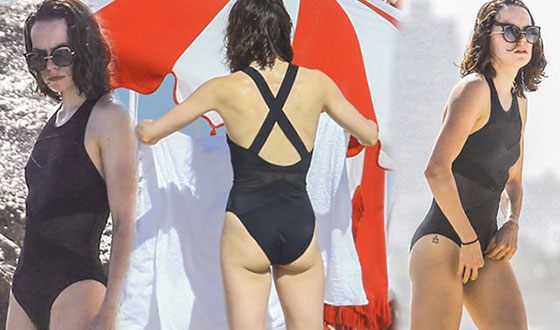 Daisy Ridley in a swim suit

Daisy Ridley and the Star Wars

In April 2014 Ridley was approved for the role of Rey, the main character of the new picture Star Wars: The Force Awakens.

The fact that director JJ Abrams chose the little-known actress for the role was repeating the situation with George Lucas, who decided to work with relatively unknown actors during the set of Star Wars in 1977. True, then the decision was probably dictated by the meager budget of the picture. Now the creators wanted to see someone whom no one knew, who would be vulnerable and rough, cute, and scaring at the same time.
Daisy Ridley hard training for Star Wars
Other beginning actors starring in the film were John Boyega and Adam Driver.

The film was released in December 2015. Even before the premiere, photos of Ridley’s character along with droid BB-8 appeared on the Star Wars series of postage stamps, issued by the Royal Mail. 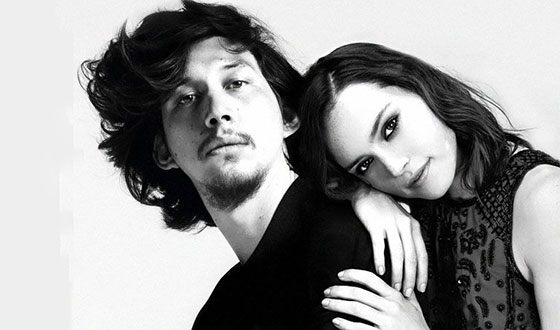 Daisy Ridley and Adam Driver
After the premiere of the film, the Daily Mail newspaper called Daisy a real star and predicted that Ridley’s participation in the epic film would lift her career into orbit.
Interesting facts about Daisy Ridley
The actress herself recalled that she burst into tears when she saw the trailer of the seventh Star Wars. Those were tears of happiness, mixed with delight for the scale of the work done.

So many people worked on this film, thousands and thousands. The idea turned into an awesome team and the fact that you see the new Star Wars on the screen ... it`s just incredible.

In 2016 Ridley was nominated for the Saturn film award in the Best Actress category, but the award went to Charlize Theron for her role as Furiosa in the Mad Max: Fury Road. The girl also won the MTV Movie Awards in the Best Breakthrough Performance category and was nominated in three more categories (Best Female Performance, Best Hero and Best Fight).
Actors about the set of Star Wars. Episode VIII: The Last Jedi
In 2017 the actress returned on screens in the image of Rey in the Star Wars. Episode VIII: The Last Jedi picture, which Mark Hamill was also involved in, who again appeared in the role of Luke Skywalker. Daisy also played the main character in the screening of the Agatha Christie detective, the Murder on the Orient Express (November 2017).

According to Zoomboola.com, in 2016 Daisy directed and acted as narrator in The Eagle Huntress picture, which tells about a 13-year-old Mongolian girl who fights for the right to become the first girl-hunter in her long race. 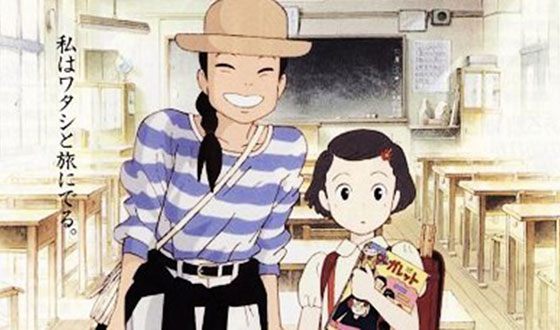 Daisy Ridley voiced the Only Yesterday animated film
Ridley voiced Taeko, the main character of the Only Yesterday Japanese animated film, which was released in English at the beginning of 2016 (the cartoon itself was created in 1991). Participation in this project allowed the girl to work with the veteran of the Star Wars saga, actress Ashley Eckstein, who gave her voice to Ahsoka Tano’s character. Ashley voiced Taeko's sister, Yaeko.

Daisy then voiced her character, Rey, for the Disney Infinity 3.0 video game, which brought together many characters from the Disney, Marvel and Star Wars universe, and the Lego Star Wars: The Force Awakens. Ridley also worked on voicing Rey in the Star Wars Forces of Destiny animated series, which was launched in July 2017, and the cartoon of the same name.
Daisy Ridley trains hard to keep shape
Rey also spoke in Daisy’s voice in the Star Wars: Battlefront II computer game, which was released in November 2017. In addition, the girl voiced one of the characters in the Peter Rabbit animated film, which was released in March 2018.

In 2015-2016 Daisy dated English actor Charlie Hamblett. In summer 2017, on the set of the film Ophelia, the paparazzi captured the girl in the arms of a mysterious man, whose personality Daisy did not reveal. 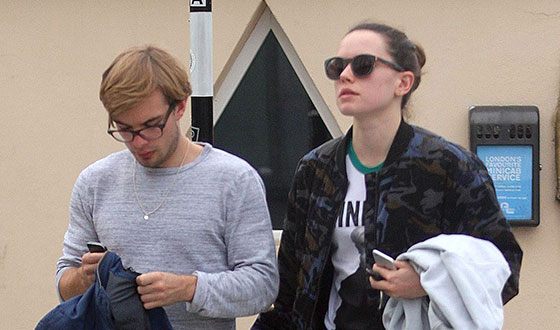 Daisy Ridley and Charlie Hamblett
A few months later, Daisy was spotted with Tom Bateman, a co-star in Murder on the Orient Express. Fans immediately suspected a connection between them. Soon Ridley began to appear with Tom more often, and an engagement ring was seen on her hand. 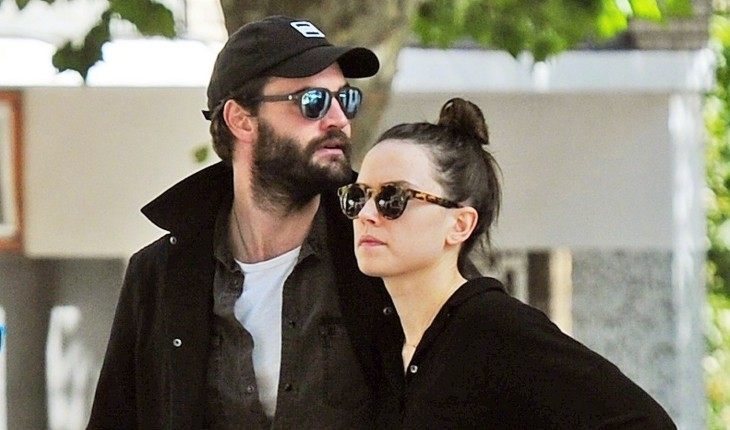 Daisy Ridley and Tom Bateman
Ridley has tattoo three stars on her left leg, which she did at the age of 15, an alchemical symbol tattoo on her right thigh, and a pacific behind her right ear. 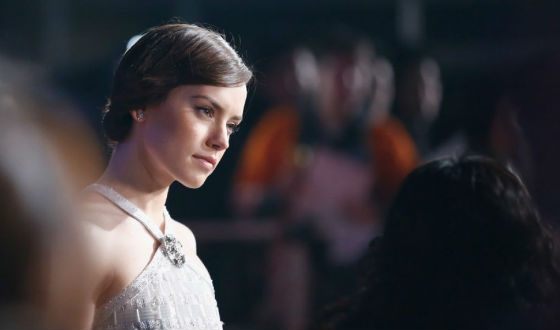 the actress of the new Star Wars meeting with fans
Daisy is a fan of Arsenal football club. 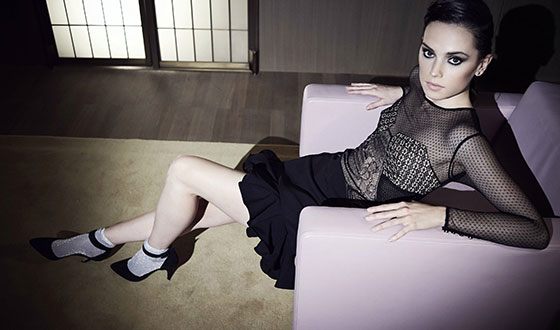 Daisy’s height is 170cm
In 2016 Ridley was in the list of the world’s most beautiful people according to People magazine. 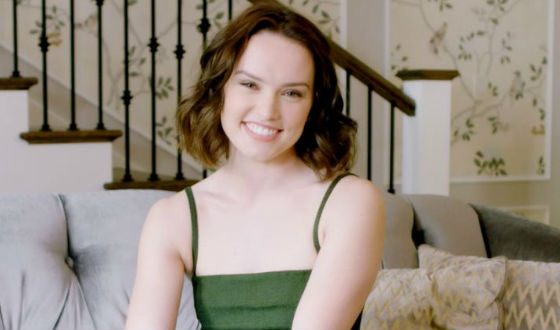 Daisy Ridley without make-up
Ridley suffers from endometriosis and polycystic ovaries - the girl had to undergo several laparoscopic surgeries. The actress admitted on her Instagram that she had been diagnosed at the age of 15 and that she had suffered from severe acne for many years and felt very insecure because of her health.

In 2018, the actress decided on a non-Star Wars project: along with Naomi Watts and Tom Felton, Daisy appeared in Claire McCarthy’s drama Ophelia, which was a reinterpretation of Hamlet from Ophelia’s perspective. The actress will also take part in the screening of Oscar Wilde’s play, the A woman of no importance, and the mystical drama by Marielle Heller under the working name Kolma. 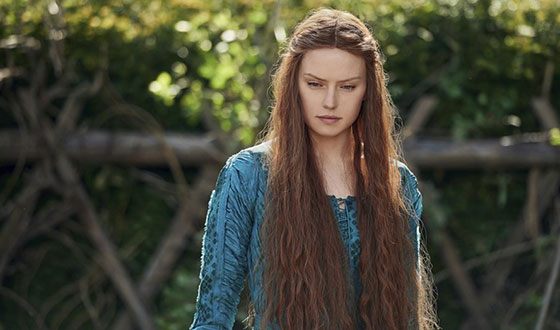 Daisy Ridley playing Ophelia
In 2019, Star Wars: The Rise of Skywalker premiered with Daisy Ridley. The film completed the Skywalker Saga and grossed over $ 1 billion at the box office. In the same year, Daisy voiced Cotton Tail in the second part of "Peter Rabbit". The premiere took place in 2020.

Katherine McNamara where does she live
5.7