Elle Fanning had to “step over herself” for the role of Catherine II
Discuss
1
In May 2020, the streaming service Hulu will present the new series “The Great”, the plot basis of which was the historical events of Russia of the 18th century. The main roles of Catherine II and Peter III in it were played by Elle Fanning and Nicholas Hoult. On the eve of the premiere, the actress shared her emotions from the filming.

According to Fanning, Catherine the Great is her first comedic role, and it was extremely difficult for her. The main character’s behavior is contrary to the character of Elle in life, therefore, during the performance of the role, she had to literally “step over” herself and perform “strange actions”. 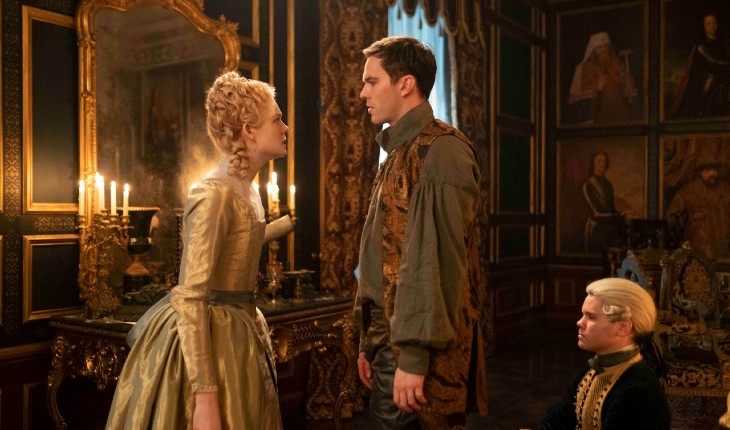 Elle Fanning and Nicholas Hoult in the series «The Great»
Everything new for Fanning was from the specific tone of the empress to her actions that Elle would never have committed in real life. However, despite the complexity, Fanning was able to understand that comedy is a kind of “cure” for embarrassment, so the embodiment of the image of Catherine the Great helped her a lot in life. By the way, her partner in the series, Nicholas Hoult, was less philosophical about filming. According to Holt, he is as trustworthy as the Great writer, Tony McNamara. And, although his character was no less strange, he experiences only joy from the game.

Stories from Russian history have become quite popular among directors of western film companies. Proof of this is the upcoming premiere of the historical series “The Great” about the Russian Middle Ages exactly one year after the release of “Chernobyl” on HBO.

Alden Ehrenreich does he have a wife
4.4

Elijah Wood where does he live
5.8

Christopher Nolan where is he now
5.7