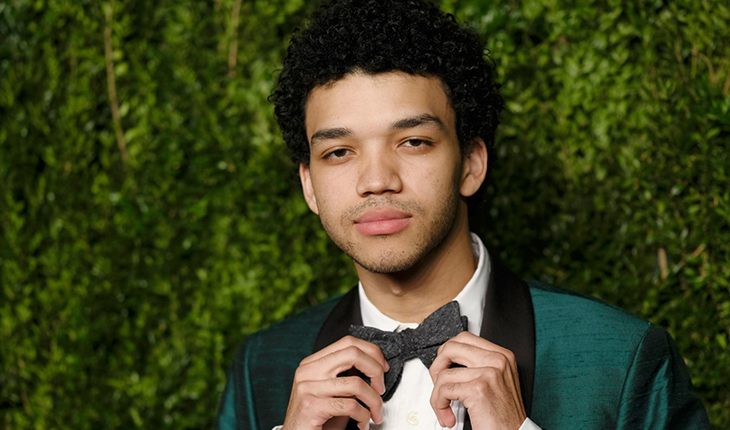 In the photo: Justice Smith

Justice Elio Smith was born on August 9, 1995, in Los Angeles. His father, Wayne Smith, is African-American, while among his mother’s, Duilia Setacci, closest relatives there were Italians and French Canadians. 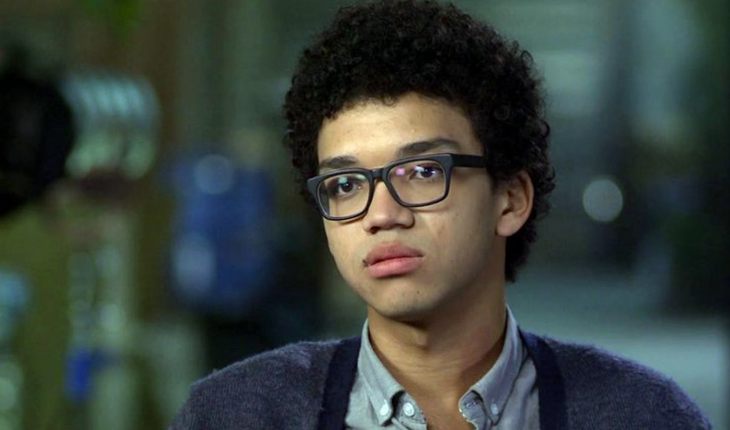 Justice Smith in his youth
Justice is not a relative of Will Smith, as many believe. Justice’s parents are singers, passionately in love with their work. According to the actor, his father and mother do not tolerate non-professionalism even at home: It was impossible to just sing a song that I liked in the car - my mother would always start correcting me: Use the diaphragm when you breathe. Keep your tone even!

Moreover, his entire childhood was spent in the constant spirit of competition - with his parents, brothers, or sisters (he’s got eight of them; one of his sisters is a budding singer Cameo Adele). 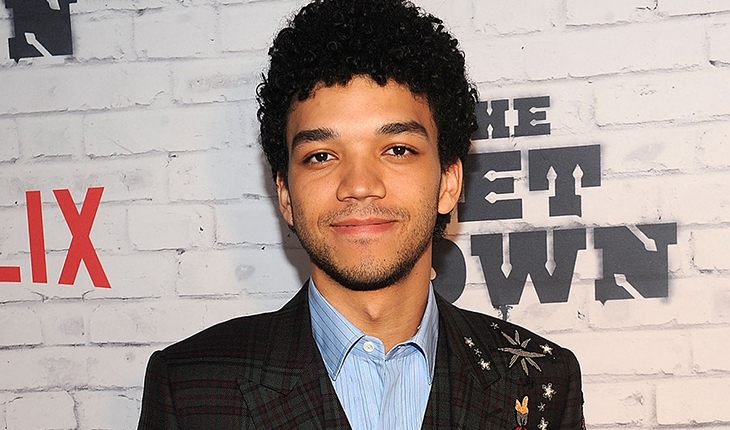 Justice’s acting talent surfaced in his childhood
And although the music came easy to Smith, he was not going to become a singer. He was much more attracted to the world of theater and cinema. From his early years, the boy wrote stories and screenplays; he was incredibly artistic, loved to laugh and make others laugh. And then I learned to lie beautifully - I decided to myself that the art of deception is also an art, the actor smiles. Studying at the Orange County School of Art, which Justice graduated in 2013, finally reinforced the teenager’s desire to become an actor.

On television, Justice Smith made his debut in 2012, appearing in a minor role in the low-budget crime film Trigger Finger. Two years later, the aspiring actor appeared in two HBO documentaries and the Nickelodeon comedy series The Thundermans. 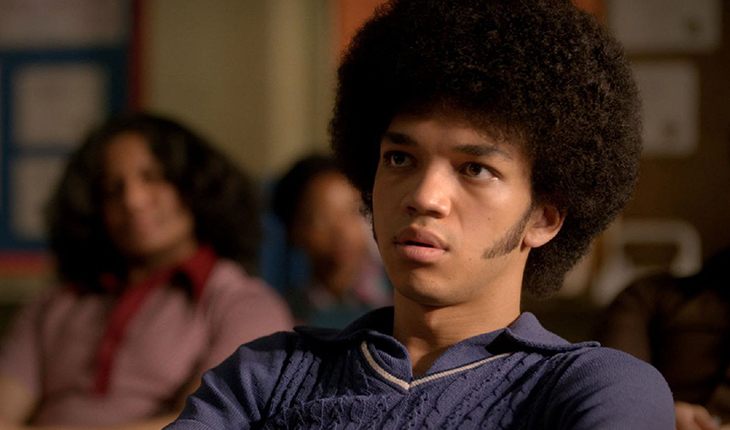 Justice Smith made his TV debut in 2012
Smith says that on the set he felt very insecure. The actor played in two episodes, and then he was suddenly replaced. They didn't even call me.They said nothing to my agents. That’s total madness, recalls Smith.

The acting environment at Nickelodeon and Disney, especially at teen shows, is a world of its own. I didn’t know how to fit into this environment.

The popularity caught up with Justice in 2015. The guy played a supporting role in Jake Schreier’s teenage melodrama Paper Towns with Nat Wolff and Cara Delevingne. Soon Smith was approved for the main role in the musical drama series The Get Down, which tells the story of a group of teenagers from all walks of life on the streets of the Bronx in the late 1970s. The actor played Ezekiel Zeke Figuero - an intelligent, resourceful boy suffering from unrequited love, determined to leave a mark on the world. 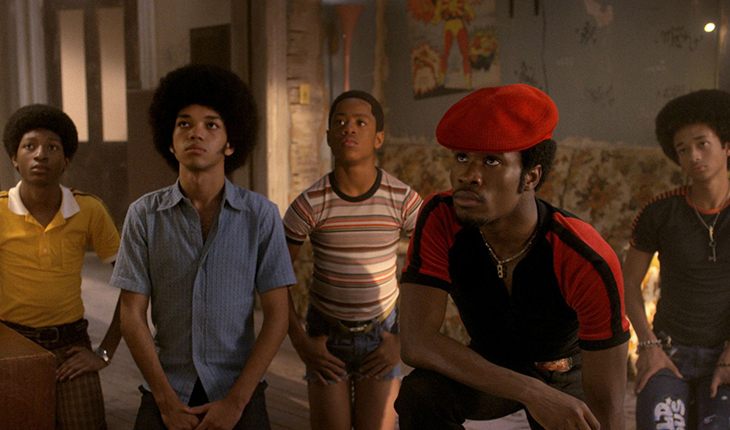 A scene from The Get Down
I had just finished filming in Paper Towns where I played a nerd from a wealthy family and wanted to play a tough cookie. So I went to the casting, and then Baz Luhrmann [the creator of the series] called me. I was so happy that I got the part - it meant that I was a good actor, says Justice.

To get used to the role of a talented rapper, Smith had to study a lot of documentary films, delve into the relevant literature and listen to hundreds of songs. Zeke writes poetry, and in this, we’re very much alike because I acted in Shakespeare’s and ancient Greek writer's plays. It was in this boring way that I joined the world of hip-hop, laughs Justice. 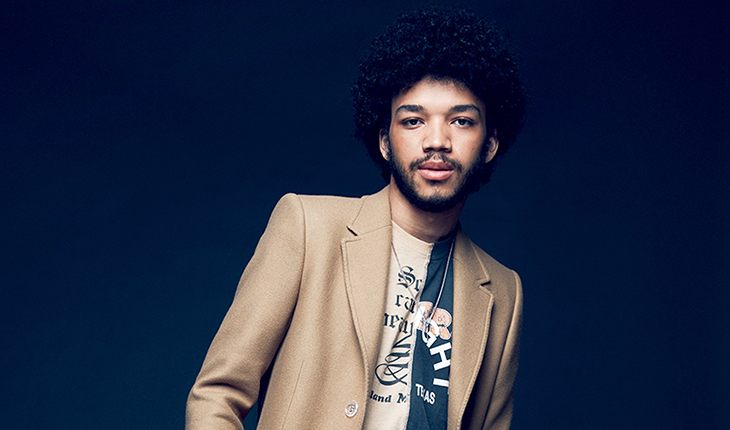 Actor Justice Smith
Other actors on the set were Shameik Moore, Herizen F. Guardiola, Skylan Brooks, Tremaine Brown Jr., Jimmy Smits, and Yahya Abdul-Mateen II, as well as Jaden Smith (son of Will Smith). The series was received very warmly by both the audience and the critics. The series was praised for its strong musical element, fresh faces, and a hint at authenticity. And although the series was not extended to the second season, Justice managed to make millions of viewers fall in love with himself and even got on the Forbes list of the most successful people under the age of 30.

Meanwhile, Smith did not miss the opportunity to advance into the theatrical world. In early 2017, for several months, the young man played with Lucas Hedges in the off-Broadway production of Yen, written by playwright Anna Jordan. In February 2018, Smith returned to the screens, starring in the fantasy drama Every Day with the Australian actress Anguri Rice.
Jurassic World - trailer
A few months later, in June 2018, the premiere of the Jurassic World sequel was launched in cinemas. In the film, Smith played a former park technician named Franklin, who is involved in saving dinosaurs from the impending volcanic eruption and the predatory paws of auctioneers. The main roles in the film were played by Chris Pratt and Bryce Dallas Howard. Traditionally, the film featured Jeff Goldblum as Dr. Jan Malcolm.

Many fans of the movie Paper Towns were convinced that Justice Smith was dating his film colleague Jaz Sinclair, but the actors have not confirmed this. 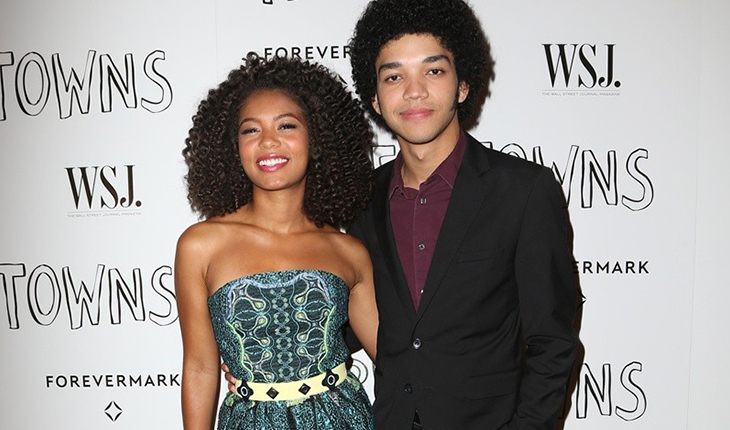 Justice Smith and Jaz Sinclair
According to Zoomboola.com, in June 2020, Smith came out, declaring that he was queer. Since about the same time, the actor has been in a relationship with actor Nicholas Ash. 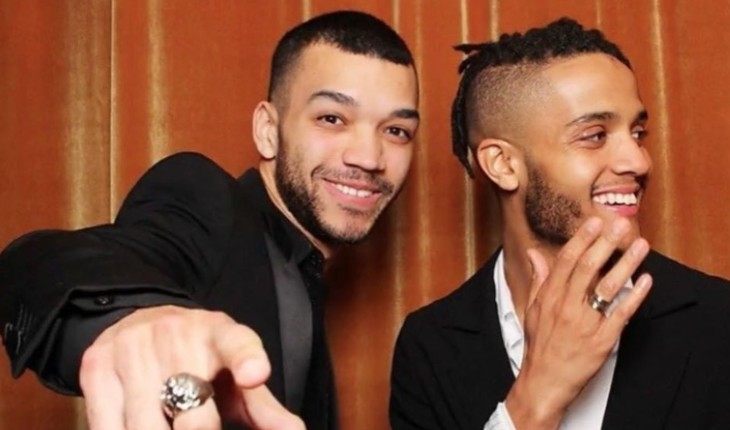 In 2018, Justice Smith starred in the comedy Detective Pikachu, Rob Letterman's feature film based on the video game of the same name, which is the first live film in the Pokémon franchise. The main character was dubbed by Ryan Reynolds, while Smith will play Tim Goodman, a former Pokémon coach and son of the famous detective Harry Goodman. The premiere took place in 2019. 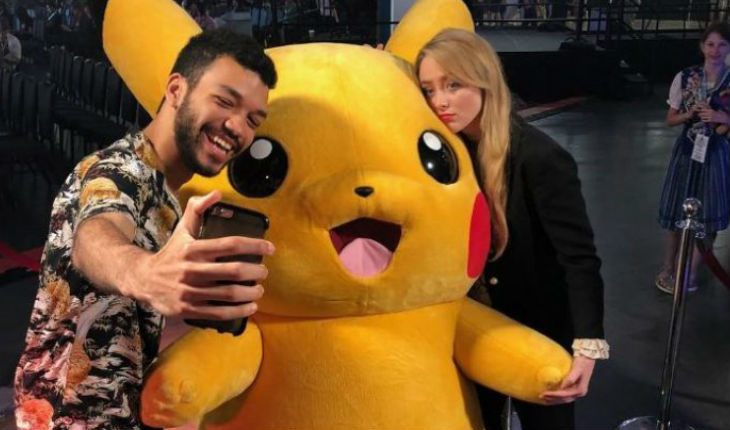 Justice on the filming set of Detective Pikachu
In 2020 Justice appeared in Brett Haley’s American drama All the Bright Places with Elle Fanning, Alexandra Shipp, and Keegan-Michael Key. The film is based on Jennifer Niven’s bestseller and tells the story of two young people, whose meeting will have radically changed their lives. At the same time, with the participation of Justice, the short film Query was released, where he played the role of Jay, as well as the film The Voyeurs. 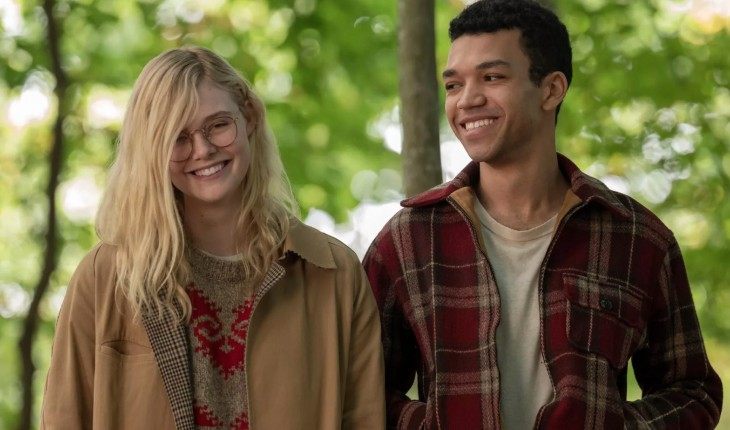 Elle Fanning and Justice Smith in All the Bright Places
In 2021, the release of the film Jurassic World: Dominion is planned - the third part of the cult franchise. Justice will play Franklin Webb, with Chris Pratt and Sam Neill as co-stars