Yahya Abdul-Mateen II is a Hollywood actor. He is best known for the roles in such films as «Baywatch», «The Greatest Showman», «Aquaman» and «Candyman». Yahya became famous not only for his acting talent, but also for his powerful charisma. The actor is very tall - 6ft 1 ¾, that’s why he is often invited to play antiheroes. 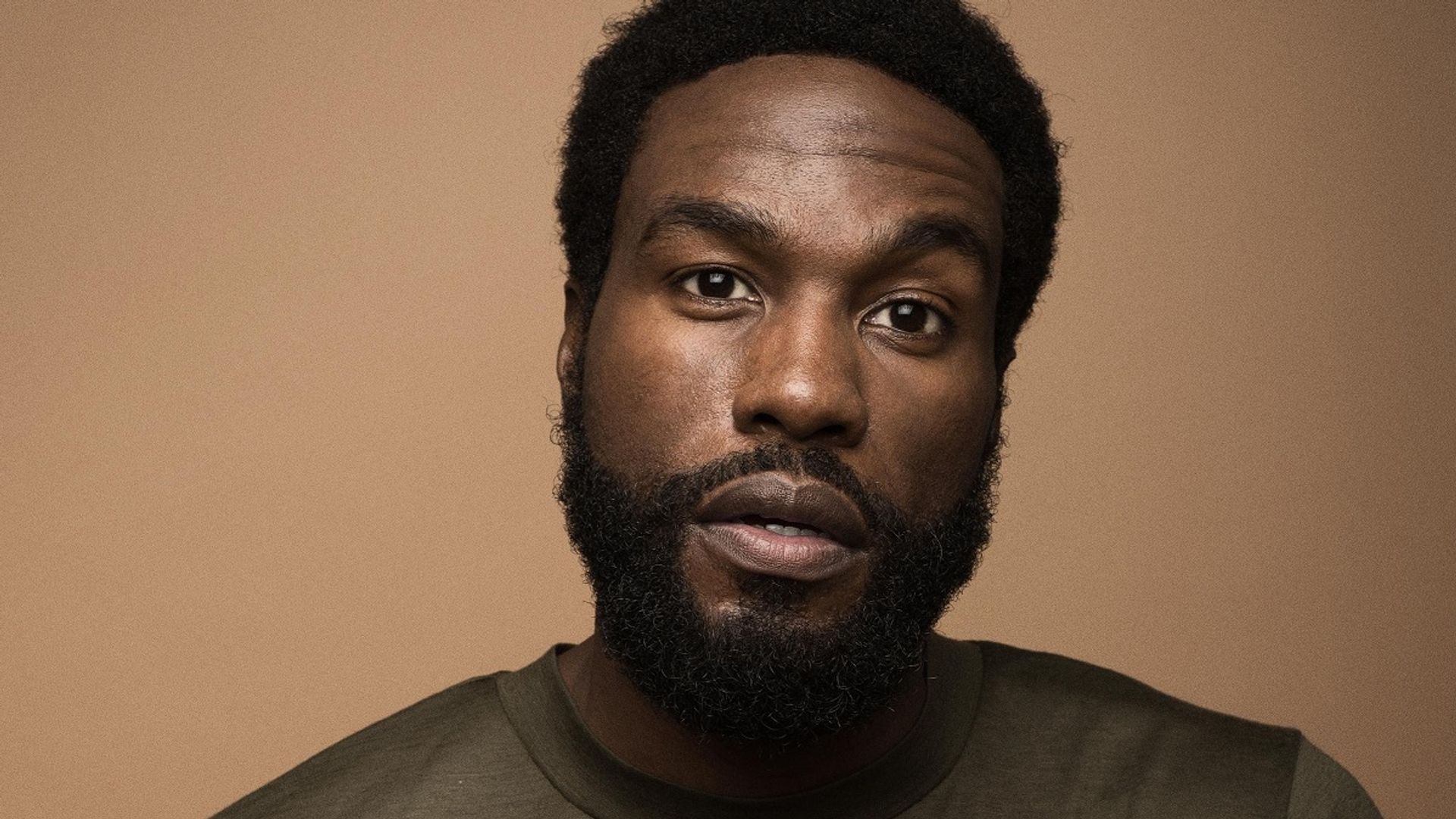 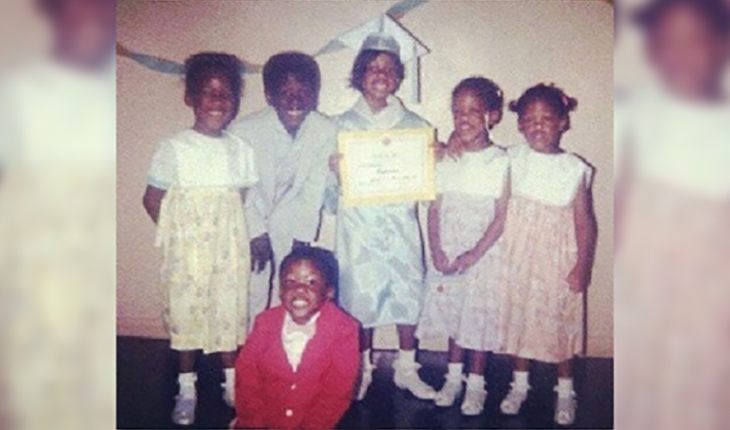 Yahya Abdul-Mateen II with his brothers and sisters in the childhood
When the youngest son was born, the father was already 41 years old. He worked as a builder, Mary was a housewife.

Yahya was fond of sports - he was engaged in steeplechase. When the family moved to Oakland, California, he entered at McClymonds High School and became the star of the school's track team. 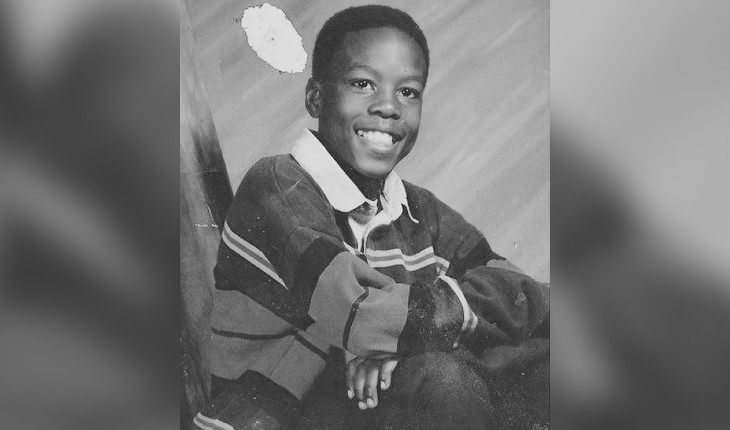 Yahya Abdul-Mateen II in his school years
The young man was not only athletic, but also really smart - he enjoyed chess and science. Also he was popular at school, easily made friends and was elected as the prom king at the graduation party.

After graduating from high school, he enrolled at the University of California, Berkeley, where he studied architecture and competed for the athletic team California Golden Bears. 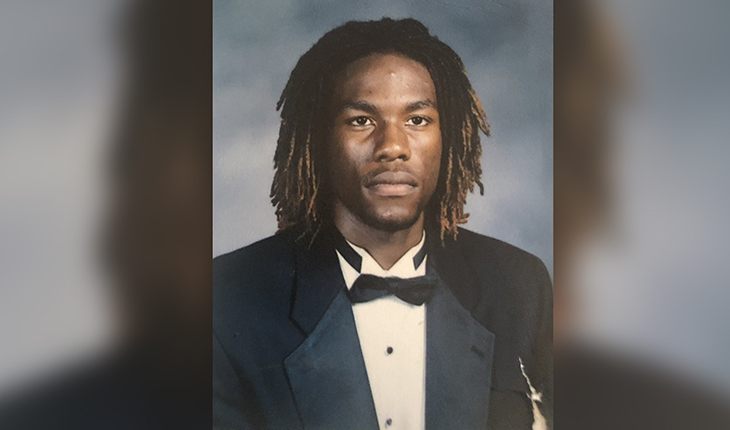 Yahya in his youth
During these years, he began to attend a theater class. He wanted to overcome his mild stutter. It spoiled the image of the athlete and the soul of the party. But soon he could no longer imagine himself without a scene.

His dad died from cancer in 2007. Yahya said he lost his best friend on that day. The future actor always thought father would pull through, so at that time he was angry at life. But later he realized that life is short, so you need to seize the moment and do what you like. 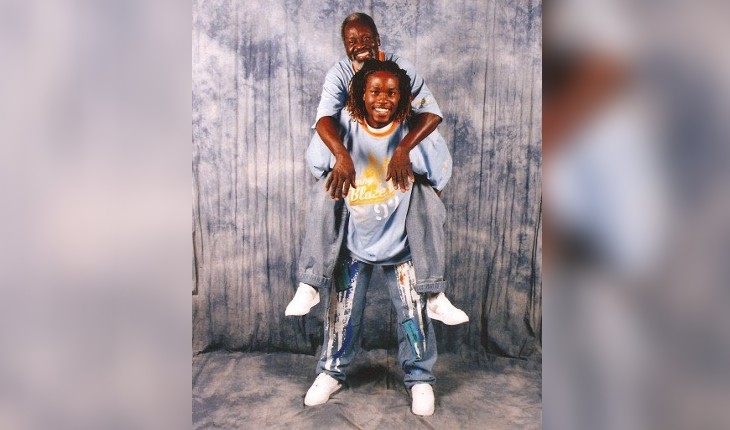 Father has always been Yahya's best friend
He remembered these words later. After graduating from university, he got a very prestigious job in the city planning department of San Francisco. However, after being laid off from his job, Yahya decided to change everything. He entered the Yale School of Drama and worked as a stage actor. 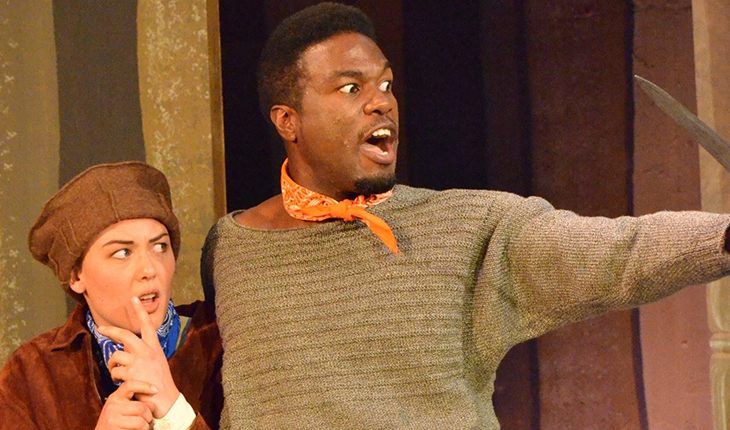 Yahya Abdul-Mateen II on the stage of theatre

In 2012, Yahya Abdul-Mateen II began his acting career with a short film «Crescendo». But the official start of his film career was Baz Luhrmann's musical drama series «The Get Down» in 2016. Justice Smith played the main role. Yahya’s character - Clarence «Cadillac» Caldwell - was the prince of disco. 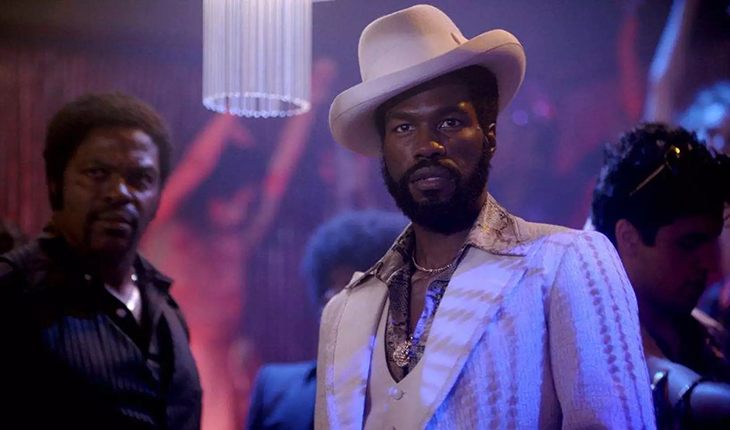 As Clarence «Cadillac» Caldwell
In 2017, Abdul-Mateen played in Shawn Christensen's drama film «The Vanishing of Sidney Hall». He played a small role of Duane, an English teacher who encouraged the main character with his writing. 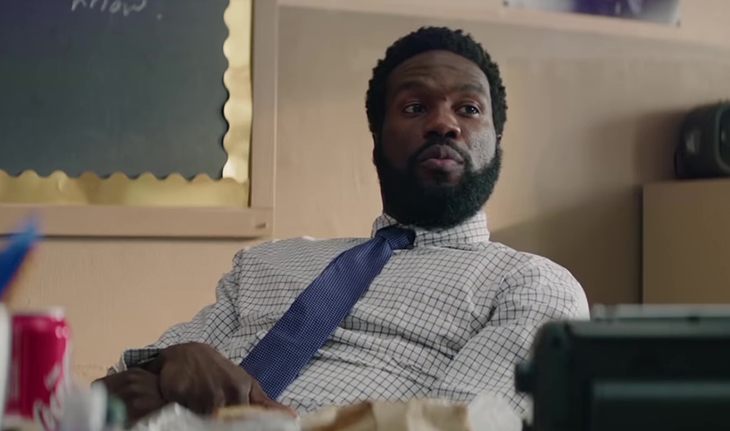 A scene from the movie «The Vanishing of Sidney Hall»
Also in 2017, he appeared in the comedy «Baywatch» along with Alexandra Daddario, Zac Efron and Dwayne Johnson. Yahya played a police officer, sergeant Garner Ellerbee. At the same time, he starred as W. D. Wheeler in the musical movie «The Greatest Showman» along with Hugh Jackman. 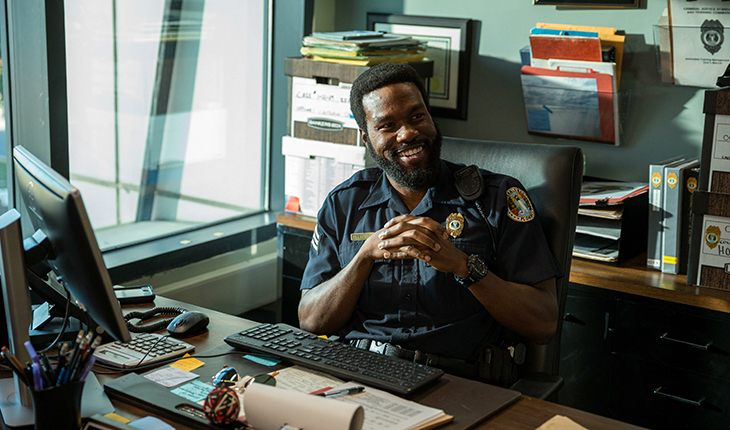 Yahya in «Baywatch»
In 2018, the actor appeared in the American dystopian television series «The Handmaid's Tale», as well as in the road trip film «Boundaries» and the drama «First Match».

An important event of the year was the release of the superhero film «Aquaman». Yahya Abdul-Mateen played a supporting villain - Black Manta. According to film critics, the actor became a regular find of the film. Later, director James Wan, who shot the sequel of «Aquaman», decided to make a spin-off called «The Trench» about the Black Manta. However, due to financial problems the project was cancelled. 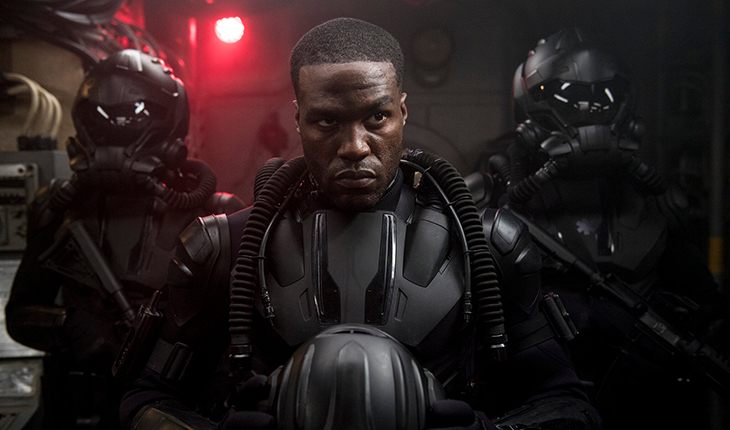 As Black Manta
2019 was a breakthrough year in the actor's career. First, he acted in the horror film «Us» directed by Jordan Peele. Like the director's previous horror («Get Out»), the film had a powerful anti-racist meaning and became a big achievement for American filmmaking. 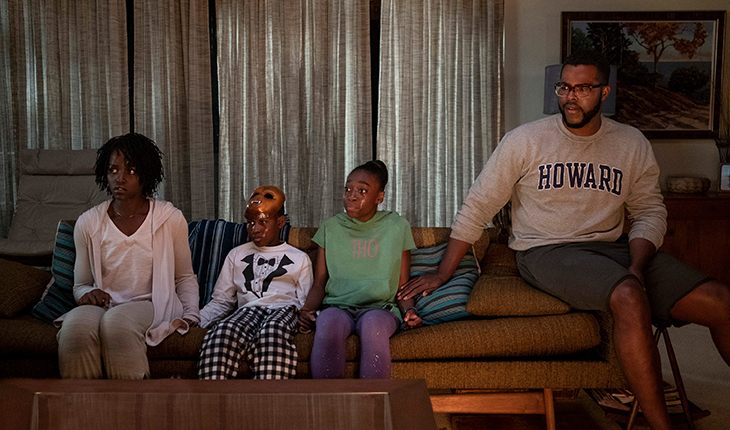 A scene from the horror «Us»
In 2019, Abdul-Mateen II and Anthony Mackie joined the fifth season of the TV series «Black Mirror». Later in the year, he played in the superhero series «Watchmen». This was the second DC-comics Universe project in Yahya's career. He got one of the main roles - Calvin «Cal» Abar, the husband of Sister Night, played by Regina King. 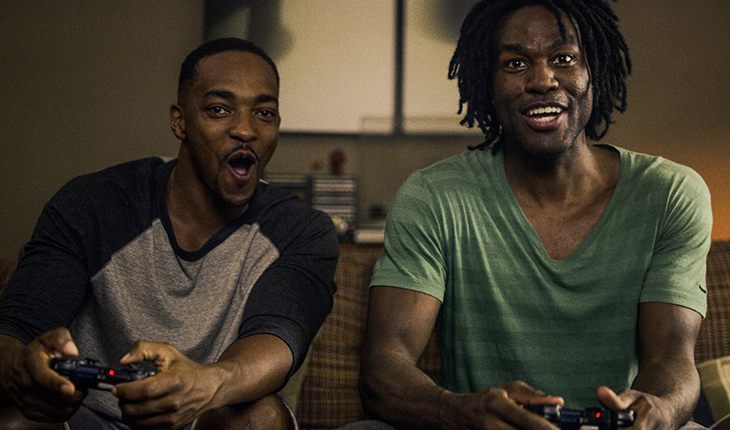 Yahya Abdul-Mateen II is single. He tries not to put his personal life in the spotlight. Even on Instagram, he posts photos with his grandmother, his baby pictures and footage from the shooting.

The actor is working on new projects. Some film critics predict that Abdul-Mateen has every chance to enter the A-List Actors.

In 2021, the horror film «Candyman» released, in which Yahya got the main role. He played an artist inspired by urban legends, for example, the story of an amputated hook-handed murderer called Candyman. 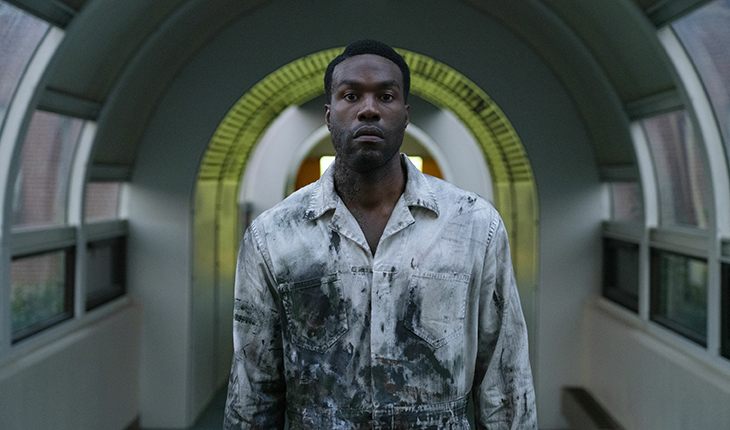 A scene from the horror «Candyman»
The premiere of the «Aquaman» sequel is scheduled to be released in 2022. Yahya will return to the role of the Black Manta. The storyline of his character will be greatly expanded. In addition, the actor hopes that a spin-off about Black Manta will be put into production eventually.

After finishing work on this project, the actor is going to rest. Among his plans is to get a dog and visit a number of museums.
Yahya Abdul-Mateen II Is Morpheus In The Matrix Resurrections (Extended) | Tonight Show
In addition, Yahya took part in the filming of «Matrix 4» as a young Morpheus. In February 2021, the name of the new part of the franchise became known – «The Matrix Resurrections».

Catherine Zeta-Jones in her teens
6.0