The daughter of Jolie and Pitt abandoned her father`s surname

11 of February 2021
More than 4 years after the parents divorced, the daughter of Angelina and Brad abandoned the surname of the famous father.

More than 4 years after the parents divorced, the daughter of Angelina and Brad abandoned the surname of the famous father. Let us remind you that the separation procedure between the actors was rather painful - Brad Pitt got the opportunity to see the children only last year. The fact that the actors' daughter, a transgender girl Shiloh, no longer wants to bear the surname of the famous dad, speaks of how deteriorated relations in the family have become. 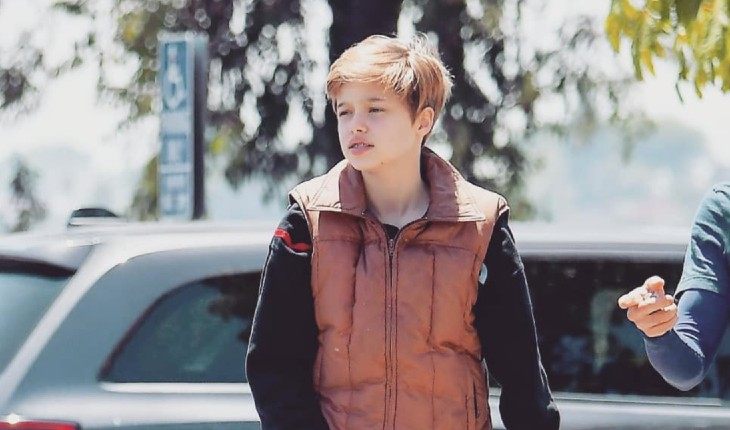 Shiloh is the daughter of Angelina and Brad Pitt
She told about the fact that Shiloh refused an indirect connection with her dad on her page on the social network - the girl removed the mention of Pitt from there and remained just Jolie. Fans of the couple are sure that Angelina Jolie convinces them to get rid of Shilo's surname, but there is no direct evidence of this. The editors of Zoomboola.com remind that in 2020 Shiloh officially changed her name to John and informed the journalists that she was planning to make a transgender transition.