So, in June 2020, the actress and influencer published a list of things that help her have fun this summer. Among them was a jigsaw puzzle of a woman’s breast from the Jiggy brand, which, according to Gwyneth herself, she gave to her son Moses. 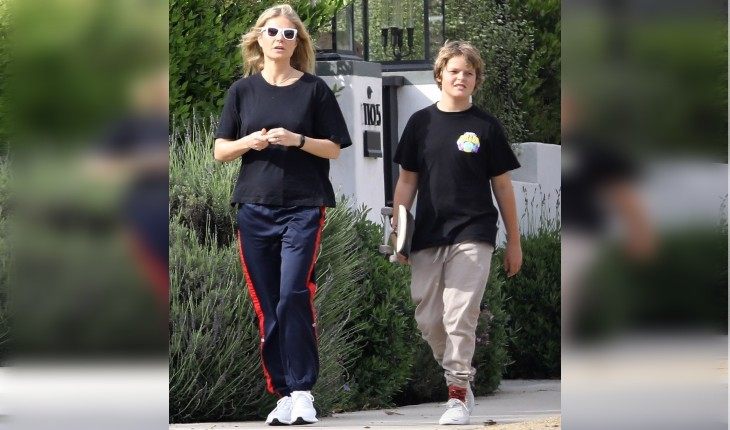 Subscribers accused Gwyneth Paltrow of too shocking ways of education
Fans and the media condemned the actress, noting that she too often touches on the topic of sexuality: a few years ago, Paltrow released candles with the scent of her genitals, and also has long run an entire online store with very controversial products of an intimate nature. And even though Gwyneth explained the purchase of the puzzle as “fun”, many of her subscribers found that such gifts could have an ambiguous effect on her son’s upbringing.

By the way, this is not the only case when the methods of education of Gwyneth Paltrow succumbed to large-scale publicity. So, in 2013, the actress and influencer put the children on a carbohydrate-free and gluten-free diet. Then the actress admitted that her family does not eat pasta, bread, and processed cereals, which is why her children quite often experience feelings of hunger. For this measure, regarding children, she was condemned by many nutritionists. One way or another, unusual ways of education do not at all preclude the fact that the actress loves her children very much and tries to create better conditions for them using her methods. It is also quite possible that creating an informational noise around parenting or topics of sex, the actress is simply trying to maintain her popularity. By the way, despite the very unusual preferences in food, medicine, and cosmetology, Gwyneth Paltrow still manages to look young and fresh. Almost reaching the mark of “50”, the actress is still attractive. For other Hollywood beauties whose appearance is not subject to age, see our photo selection.

Angelina Jolie who are her parents
6.0

Rachel Brosnahan where did she study
4.6