Who is: actress, female singer, rapper

Awkwafina is an American actress and singer. She is famous for her roles in such movies as Ocean’s 8 (2018) and Crazy Rich Asians (2018). Net worth: $8 million. 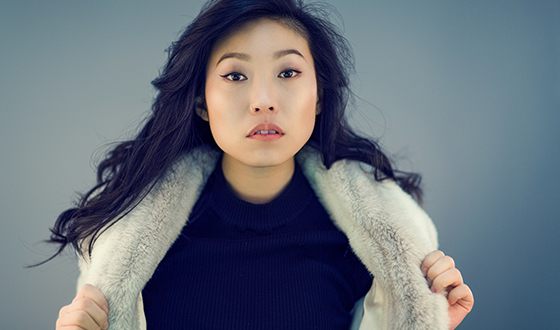 On the photo: Awkwafina

Nora Lum (Awkwafina) was born on June 2, 1988, in New York City. Her father Wally is an ethnic Chinese: the actress’s grandfather moved to the USA from China in the 1940s and opened the Cantonese restaurant in Queens. Awkwafina’s mother, an artist who emigrated from South Korea, died when she was only four years old, and her father's family was engaged in the upbringing of Nora. Her grandmother had a special influence on Lum’s life. The girl called her grandmother her main fan. 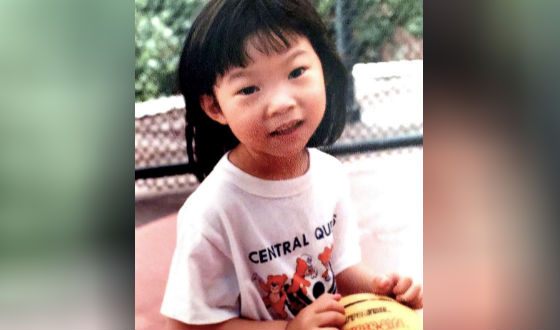 Awkwafina (Nora Lum) as a child
Nora was the only child in her family. She described her childhood as very lonely. But it had a bright side: it was as if she lived in a creative bubble, covering the globe, communicated with the world, and made people laugh. 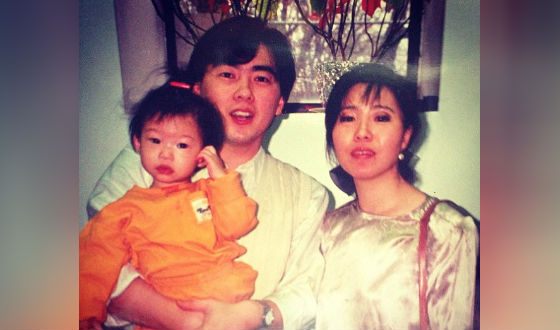 Awkwafina and her parents
Lum joined the world of art while studying at Fiorello H. LaGuardia High School of Music & Art and Performing Arts. Jennifer Aniston, Adrien Brody, Ansel Elgort, Nicki Minaj studied at that time there. At school, Nora played the trumpet and learned classical and jazz music. 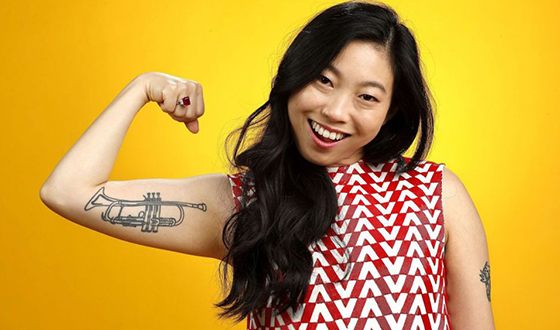 Nora played the trumpet at school
Lum adopted her stage name at the age of 16. Awkwafina (the word awkward means awkward and uncomfortable) is an alter ego to her quiet and passive personality. Awkwafina will never grow up. She will not have to bear the brunt of the uncertainty and vagueness that arise in adulthood. Nora is neurotic and prone to thinking, and she will never be able to speak to the hecklers. 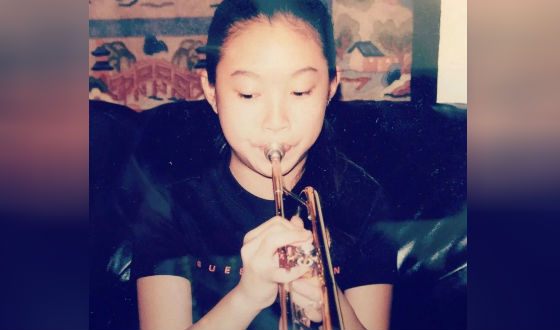 Awkwafina at school
After school, she entered the State University of New York at Albany, where she studied journalism and gender issues. In addition, from 2006 to 2008, Awkwafina attended the Beijing Language and Culture University, where she studied Chinese. Upon returning to the USA, she worked as an intern at local New York publications Gotham Gazette and Times Union, and she was a publicity assistant for publishing house Rodale.

Awkwafina became interested in underground rap music at the age of 11. She had decided to record her songs on a cassette recorder by the age of 13. When Nora was 25 years old, she released her main hit My Vag, a response to Mickey Avalon’s My Dick. The music video has raised more than three million views and a lot of comments on YouTube. The reason for the interest is easy to understand: the word vag (vagina) is repeated 53 times, and the video is full of ambiguous characters.
Awkwafina - My Vag (Official Video)
The girl’s video was seen by her employer, and she was immediately dismissed. Nora’s father did not like the song with bold text. He yelled at me on the phone. He said that I had a crisis at the age of 25. Then we did not talk for a while, – Lum says. 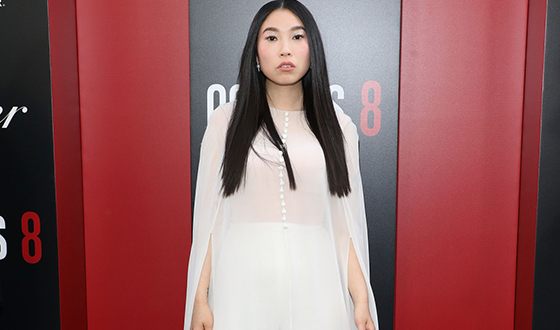 Awkwafina on the red carpet
Nora did not intend to give up following her dream. Two years later, in 2014, the singer presented her debut mini-album Yellow Ranger, which included such well-known songs as Queef and NYC Bitche$. In October 2014, the singer, cool gaining momentum on the American music scene, could be seen at the Comedy Music Festival Supreme, hosted by the satirical rock duo Tenacious D (Jack Black and Kyle Gass). 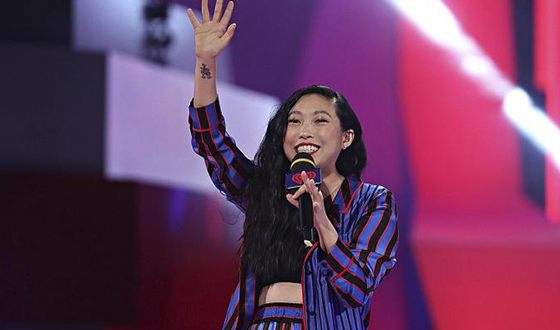 In 2015, Nora was at the Comedy Music Festival Supreme
According to Zoomboola.com, in 2015, Lum released a travel guide to New York City, a book for millennials and immigrants, who had seen New York City only on TV. The guide presents 10 destinations of the hidden gems of the city that can be found only by indigenous people, who are really in love with the Big Apple. 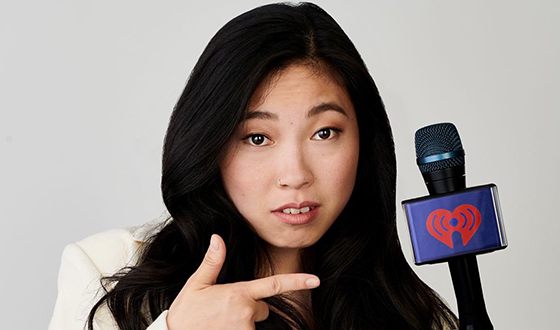 In 2015, Lum released a travel guide to New York City
In 2016, Nora and comedienne Margaret Cho recorded the song Green Tea, which pokes fun at the stereotypes about Asians. Two years later, Awkwafina’s second mini-album In Fina We Trust was released.

In 2016, Awkwafina played a supporting role in the movie Neighbors 2: Sorority Rising, having worked on the set with such Hollywood stars as Seth Rogen, Rose Byrne, Zac Efron and Chloe Grace Moretz. The actress also voiced one of the characters in the animated movie Storks (2016) and played episodic roles in several TV series.
Awkwafina - NYC Bitche$
An important step in Nora’s career was the launch of her award-winning talk show Tawk. She spent the interviews with famous people in the most strange and amazing places in Brooklyn and beyond: in the small eateries, laundries, nightclubs, shops, and hairdressers.

In 2017, Nora could be seen with Josh Hutcherson, Eliza Coupe, and Derek Wilson in several episodes of the science fiction series Future Man. In 2018, she starred in the indie movie Dude about young girls who adjusted to the adult world after high school. 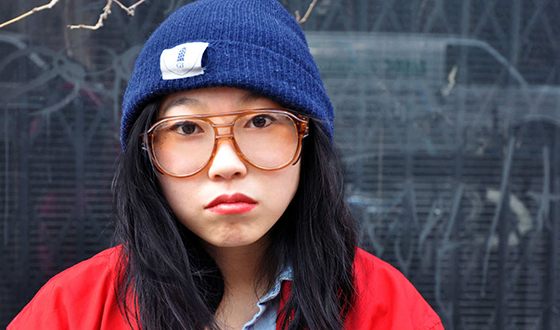 In 2018, she starred in the indie movie Dude
Awkwafina’s role in the American comedy-crime movie Ocean’s 8 was the real breakthrough in her career. Sandra Bullock played the lead role. She starred as Debbie Ocean, who was planning a large-scale robbery after leaving the prison. Awkwafina played the role of one of her accomplices, Constance, a pickpocket.
Ocean’s 8 – Trailer
That summer, Nora also starred in the romantic comedy Crazy Rich Asians, a modern story about Cinderella in the big city. 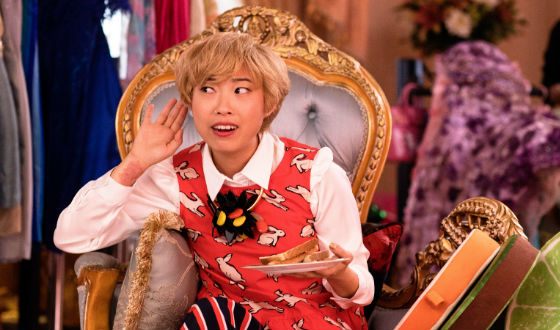 The scene from the movie Crazy Rich Asians

Awkwafina does not tell the name of her boyfriend, but in an interview, she has admitted that she is in love and incredibly happy. 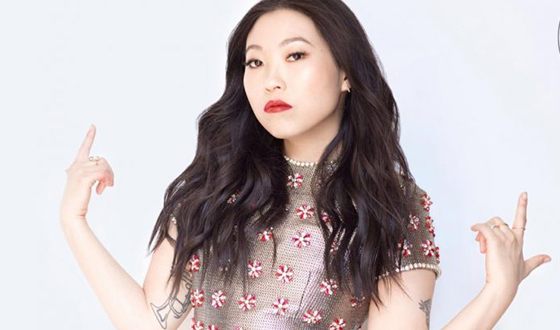 Awkwafina does not tell the name of her boyfriend
Awkwafina has expressed support for Time's Up, a movement started by Hollywood celebrities against sexual harassment. She has also advocated for the need for more female directors and against the stereotyping of Asians in mass media. She has rejected roles based on stereotypes.

In 2019, Awkwafina will star in the science fiction thriller Paradise Hills (directed by Alice Waddington). The movie with Emma Roberts, Eiza Gonzalez, Milla Jovovich and Daniel MacDonald will tell the story about a girl from a wealthy family and her re-education in the luxury boarding school on an exotic island. However, in this paradise, not everything is as good as it seems at first glance, and Awkwafina’s character will find local skeletons in the closet. 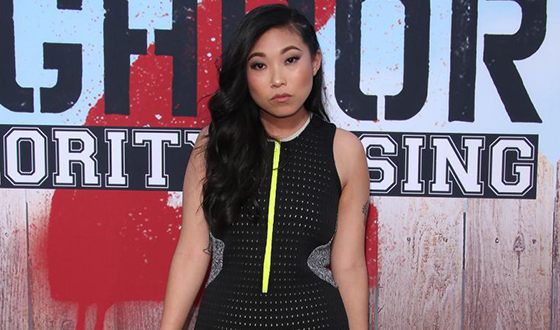 In 2019, Awkwafina will star in the science fiction thriller Paradise Hills.
Nora can also be seen in the drama movie about the adventures of a Chinese family The Farewell (directed by Lulu Wang), presented at the Sundance Film Festival in January 2019. Awkwafina will star in an episode of the science fiction series Weird City and a sequel to the adventure movie of 2017 Jumanji: Welcome to the Jungle. Moreover, she will voice one of the characters of The Angry Birds Movie 2, which was released in September 2019.
The Little Mermaid: Trailer
In 2021, there should be as many as three premieres with the participation of Awkwafina. These are the feature film Shang-Chi and the Legend of the Ten Rings, The Little Mermaid (in which she plays Scuttle the Seagull), and the animated film Raya and the Last Dragon, in which Aquafina will voice the dragon.