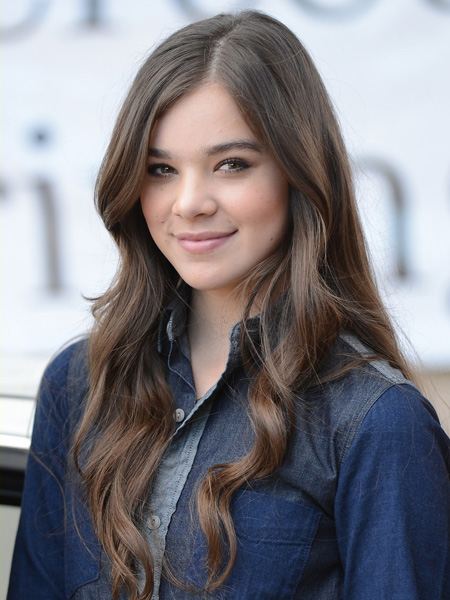 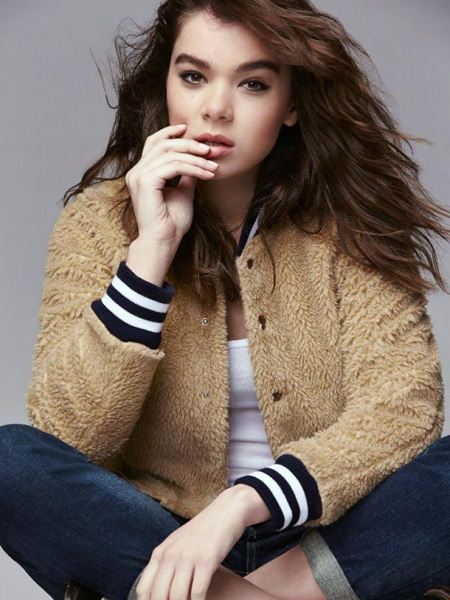 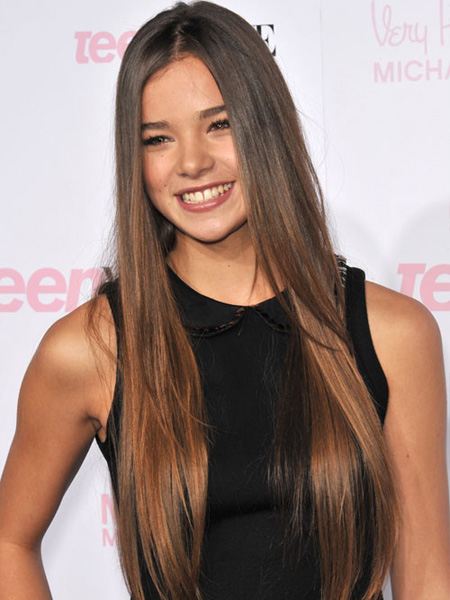 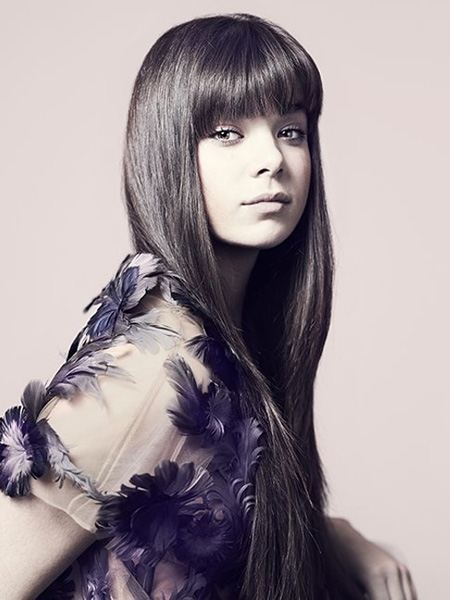 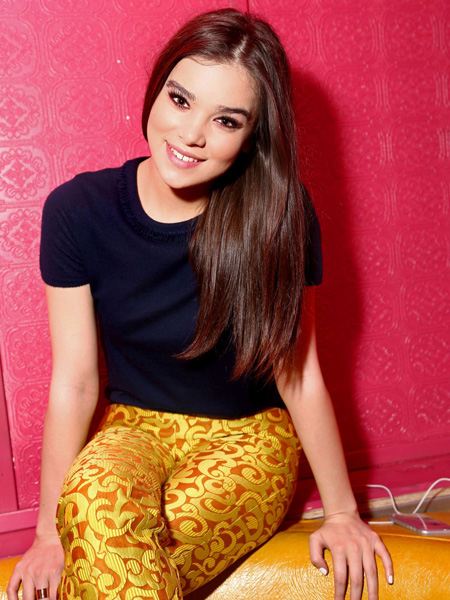 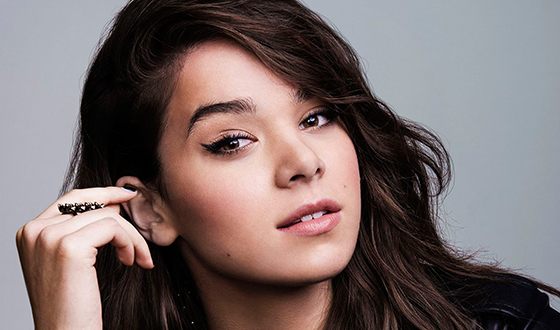 Hailee Steinfeld was born on December 11, 1996, in Los Angeles. Her mother, Cheri Domain, is an interior designer, and her father, Peter Steinfeld, is a fitness trainer. The actress has an elder brother, Griffin, who has become a racing driver. 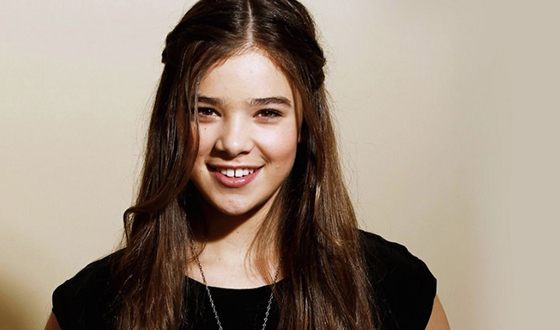 Young Hailee Steinfeld
Hailee has inherited her outstanding appearance from her extended family of diverse descent/nationalities. The actress’s father is Jewish, and her maternal grandfather was half Filipino and half African-American. Hailee’s family blessed her with more than just a pretty face, her great acting talent also comes from them. Her great-uncle was the famous in the ‘60s and ‘70s actor Larry Domain; her cousin is the actress and model True O'Brien (Paige Larson from the series Days of Our Lives).

It was her cousin’s example that inspired the 8-year-old Hailee to try her act in cinema. The future actress got affirmed in her decision when she was invited to watch her childhood friend perform in a school production. It was incredible to see the person I had grown up with perform on the stage. I thought then there was nothing impossible, tells the actress. 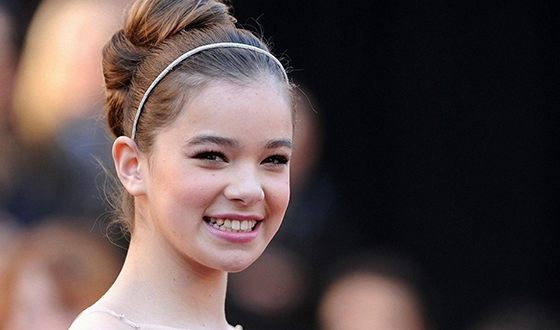 The emerging star Hailee Steinfeld
The actress’ mother still thanks her daughter’s teacher for seeing something in Hailee and recommending her to take part in the program for gifted children. However, before moving on to bigger projects and going to auditions, the girl had to attend drama classes for a year. This was above first of all for her parents’ sake. Hailee’s mother and father wanted to make sure their daughter took her new occupation/venture seriously. She had tried horse riding, tennis, basketball, sports before that, but nothing suited/stuck with her, - Hailee’s parents share.

At the age of 10, with her agents’ help, Hailee Steinfeld got her first roles. She started playing in commercials and short films. One of her brightest early roles was in the award-winning movie She’s a Fox. 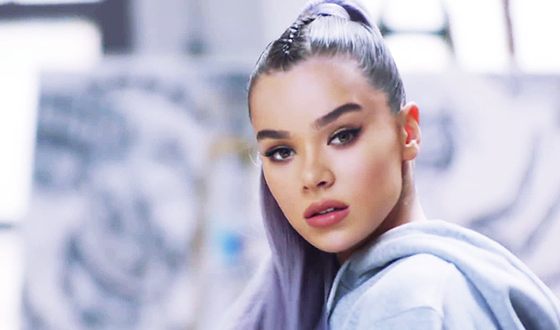 Hailee Steinfeld’s acting career started at the age of 10
As the number of offers increased, the girl had to start homeschooling. This was the only way to balance work and education. At the age of 13, Hailee was cast in the lead role in the Coen brothers’ western True Grit. In the story, the girl named Mattie Ross leaves home to find and avenge her father’s murderer, an outlaw Tom Chaney. Apart from her convincing acting, it was Steinfeld’s shooting skill (which she learned from her father) that impressed the Coen brothers; experience in horse riding also came in handy. 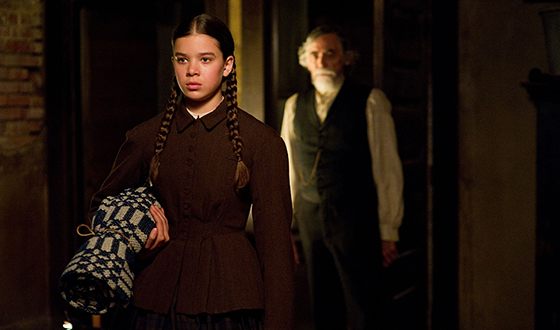 A scene from the movie True Grit
The movie starring Hollywood actors, such as Matt Damon, Jeff Bridges, Josh Brolin and Domhnall Gleeson received high acclaim from the critics. Richard Corliss of Time magazine praised Hailee’s performance as one of the best performances of 2010. The young Steinfeld received an Academy Award nomination for her outstanding performance, but the Oscar went to Melissa Leo for her role in David O. Russell’s movie The Fighter. 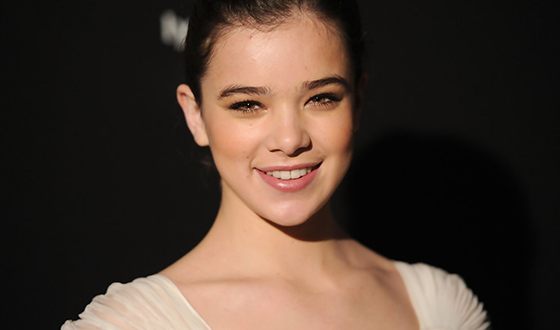 Actress Hailee Steinfeld
In May 2011, five months after the release of True Grit, Hailee became the face of the Italian designer brand Miu Miu. Even a greater blessing for Hailee was the lead role in the movie Romeo and Juliet based on Shakespeare’s tragedy. 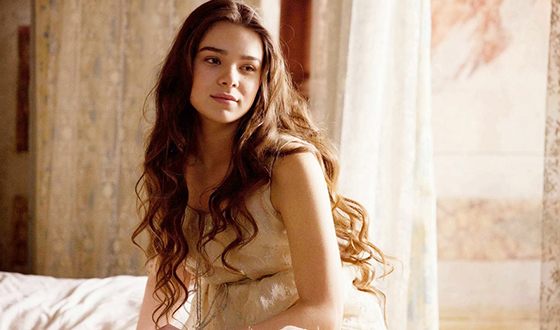 Modern Juliet - Hailee Steinfeld
Originally the role was written for a 22-year-old actress. When the role went to the 14-year-old Steinfeld, the script had to undergo significant changes and most nude scenes were removed from it. By the way, the British actor Douglas Booth, who played Romeo, was already 20 at the time. Hailee’s next big roles were in the romance-drama Begin again (2013) starring Keira Knightley and Mark Ruffalo, as well as in Gavin Hood’s science fiction Ender’s Game (2013) about fighting with hostile aliens.
Ender’s Game - trailer
Hailee was fortunate to play with her partner from Ender’s Game, the young actor Asa Butterfield, again in the movie Ten Thousand Saints (2015), set in New York of the ‘80s. In the same year, the actress appeared in the musical comedy Pitch Perfect 2 where she plays a member of an American acapella group. Two years later, the third part of the movie came out starring Steinfeld again. 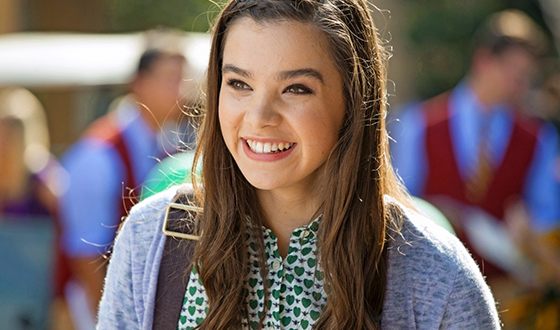 Hailee Steinfeld in the movie Perfect Pitch 2
Hailee received a Golden Globe nomination for her role in the comedy The Edge of Seventeen (2016) dedicated to adolescence problems; however, the award went to Emma Stone (La La Land). In 2018 Steinfeld was cast in the lead role in the action movie Bumblebee, a prequel to Transformers; she also had an opportunity to record the movie soundtrack Back to Life. Apart from that, in 2018 Steinfeld voiced the Spider-Woman Gwanda (an alternate universe version of Gwen Stacy) in the animation film Spider-Man: Into the Spider-Verse.

According to Zoomboola.com, in 2015 Hailee Steinfeld performed a few of her songs in front of the Republic Records’ representatives at an event in New York. The young singer’s talent didn’t go unnoticed; she was immediately offered a contract. Steinfeld soon released her debut single Love Myself; its audacious message stirred the public / stirred the public’s interest.
Hailee Steinfeld - Love Myself
In November 2015, the emerging singer presented her mini-album Haiz (the nickname used by Hailee’s fans). Despite the success of the debut single, the album, consisting of 4 songs, received mixed reviews. The single Starving, released in July 2016, was accepted by the listeners with much more enthusiasm. 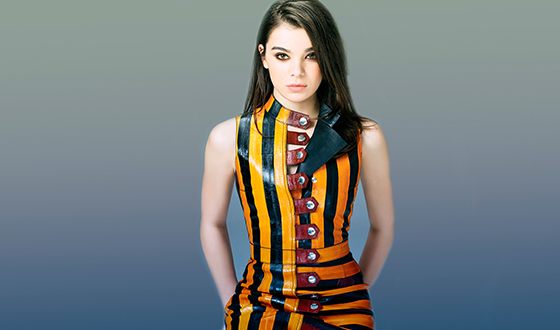 In 2015 Hailee presents herself to the world as a singer
This song, which was called a teen romance anthem, is a collaboration with the Russian-German DJ Zedd (Anton Zaslavski); the young producer has already worked with well-known stars, such as Lady Gaga, Skrillex, Selena Gomez, Kesha and Ariana Grande. The song went platinum in Italy, New Zealand, Sweden, United Kingdom, and the US: moreover, it went double platinum in Australia and triple platinum in Canada.
Hailee Steinfeld, Alesso - Let Me Go ft. Florida Georgia Line, WATT
In 2016, Hailee joined the singer Meghan Trainor as the opening act on Trainor’s North America tour. The following year, Steinfeld’s fans were presented with two new singles Most Girls and Let Me Go (a collaboration with Swedish DJ Alesso). In 2018, Hailee opened concerts for the pop-singer Charlie Puth, who spent almost six months traveling across America and Asia was part of his Voicenotes Tour.

In the autumn of 2016, 19-year-old Hailee Steinfeld started dating Instagram star, Cameron Smoller. The couple split up a year later; however, Hailee wasn’t destined to stay alone for long (???). 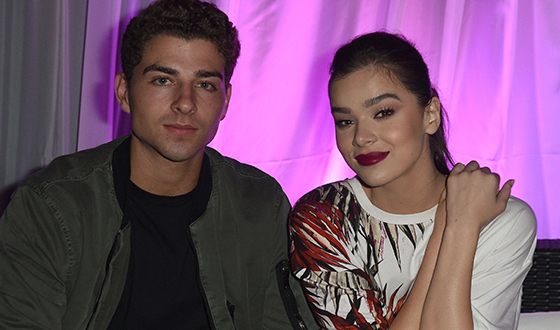 Hailee Steinfeld and Cameron Smoller
A few months later paparazzi spotted the actress together with the One Direction band member, Niall Horan. Unfortunately, this relationship didn’t last even a year; Hailee simply didn’t have time for dates due to her heavy schedule. 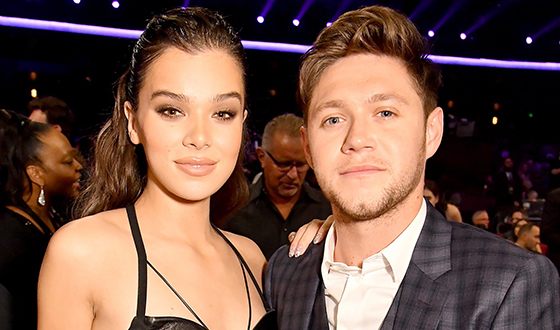 Hailee Steinfeld and Niall Horan
It is difficult to say whether Hailee’s heart is occupied at the moment; however, her fans are certain that the beautiful girl will soon find her happiness.

Hailee Steinfeld will appear in the lead role in the new comedy series Dickinson, which will come out on Apple’s new streaming service in 2019. The series will take the audiences back to the unique atmosphere of America of the 1900s and introduce them to the wonderful world of the American poet, Emily Dickinson. The series also stars Jane Krakowski, Anna Baryshnikov, and Ella Hunt. In the same year, she starred in the action-comedy "Charlie's Angels" by Elizabeth Banks. Hailee played a small role as a rookie.