Main page
Celebrity News
«Bohemian Rhapsody» Shooting Goes On Despite the Difficulties
Discuss
4
In September last year, the creators of the film about the late leader of the Queen presented the first scene with Freddie Mercury to the public, performed by actor Rami Malek.

We will recall that Rami Malek, best known for the TV series «Mr. Robot», plays a lead role in the film «Bohemian Rhapsody», named after one of the main songs of the band Queen. Freddie Mercury is depicted on the poster released by the filmmakers during the famous concert of 1985. The soloist of the band song in a white t-shirt that time. 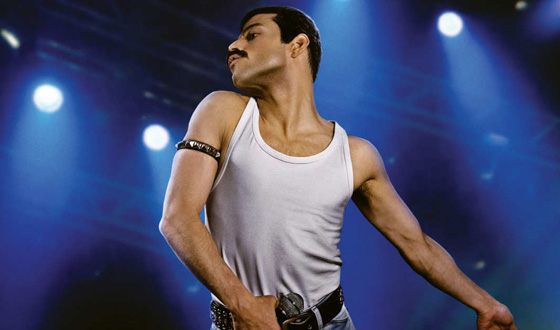 Rami Malek in the role of Freddie Mercury
It should be noted that Internet commentators have come to the conclusion that the poster is strongly edited in Photoshop, and indeed it's hard to understand how deep the actor got into the role. The actor and the filmmakers are aware that they need to recreate not only the appearance of Mercury but also his voice. For this purpose, they will mix Malek’s singing with the recordings of the famous rock musician. The actor stresses that the producers want to use as many Mercury’s voice recordings as they can. 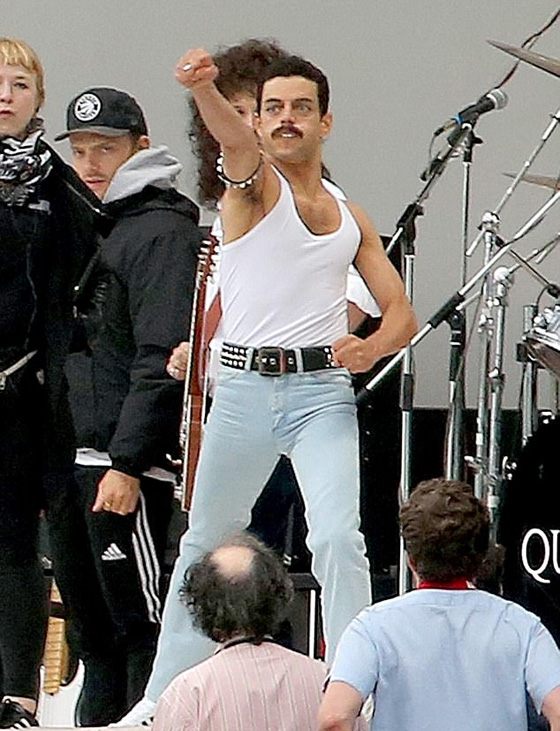 Rami Malek on the set of «Bohemian Rhapsodies»
In early December, the 20th Century Fox Company has removed director Bryan Singer from the filming of the movie, accusing him of incompetence. For some time the fate of the project was called into question, but Dexter Fletcher sat in the director's chair, so the shooting continues. A film about Freddie Mercury and the band Queen should be released in December.