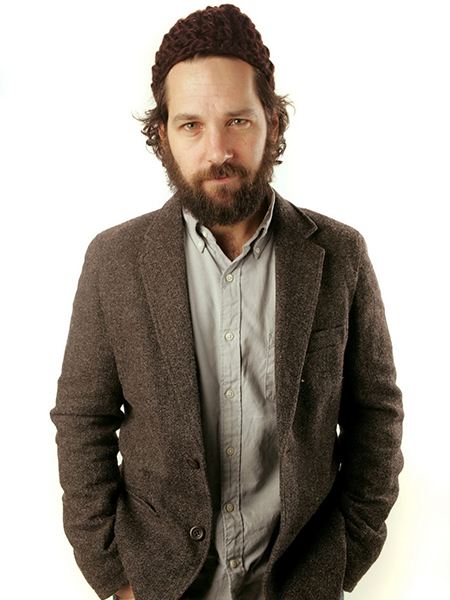 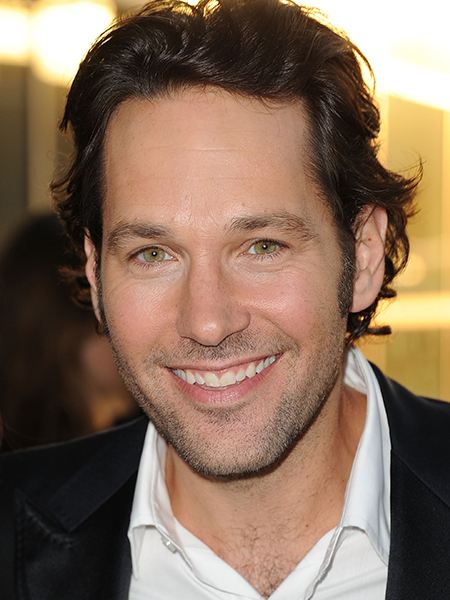 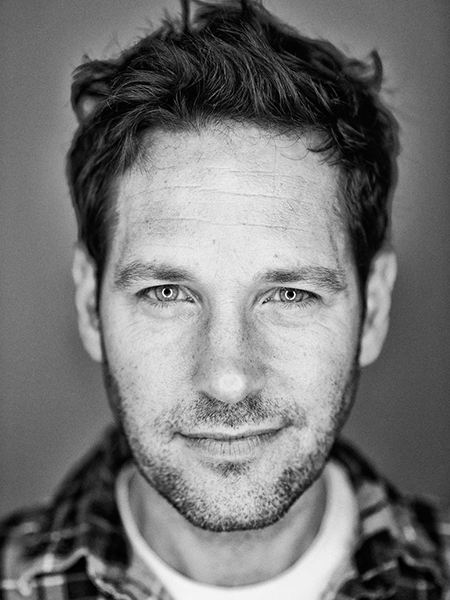 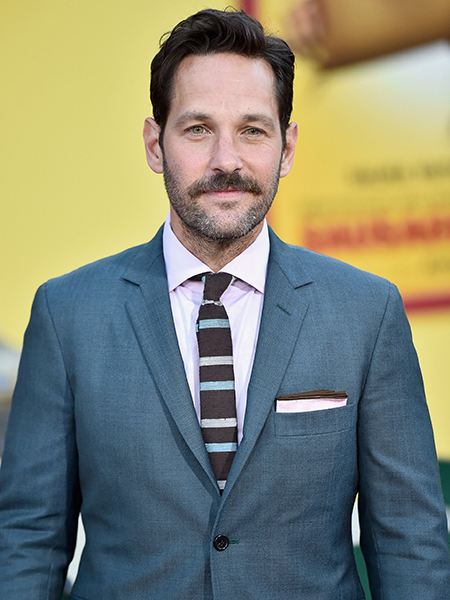 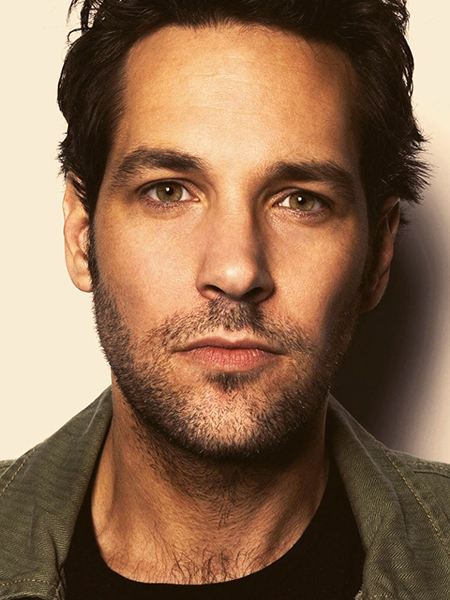 Paul Rudd is an American film and television actor, who has many star roles in his filmography. He has been actively filmed since the 90s but has become particularly popular relatively recently ‒ after the role of Scott Lang aka Ant-Man in the series of films about the Avengers. In addition to acting, there are also several scriptwriting attempts in Rudd’s portfolio. Net worth: $40 million. 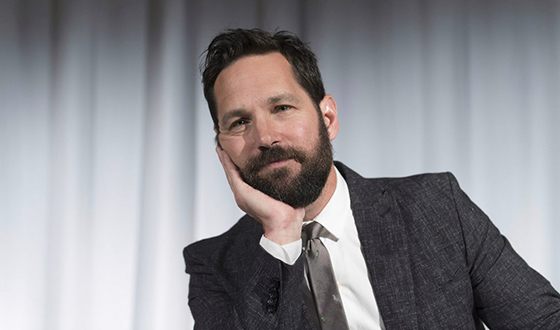 In the photo: Paul Rudd

Paul Rudd was born on April 6, 1969. He shortened his real surname Rudnitski to make his name more memorable. The ancestors of the future actor were migrants from Poland, Belarus, and Russia, who settled down in England, where already Paul’s parents were born.

Paul’s father, Michael, first worked in a small airline, where he had a high position, and then retrained as a guide. He died early of cancer. His mother, Gloria, worked as a sales manager at the television company. Rudnitski later moved to the United States, where Paul was born in Passaic, New Jersey. 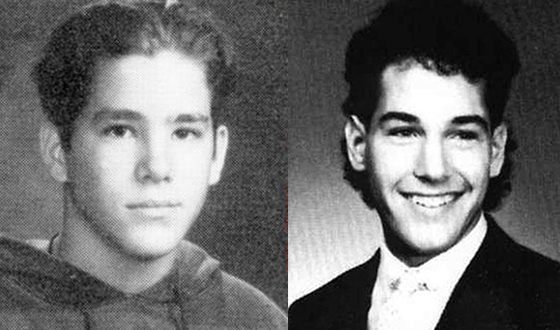 Paul Rudd in his youth
When he was ten, it was time to pack valises again: this time the Rudds settled in Kansas. In this state, Paul graduated from the university, receiving a degree in art. He was in the student fraternity and always warmly reminisced about the years of study. This was followed by the American Academy of Dramatic Art and a short practice in England in sharing experience, where Rudd studied under Michael Caine keen guidance. In the same place, the actor was able to take part in the staging of the play Bloody Poetry by the legendary Globus theatre, in which Paul played as Percy Bysshe Shelley.

The actor’s debut on television was convincing: Paul Rudd joined the cast of the Sisters (1992) series, where he appeared in twenty episodes. Paul became the frequent guest on the set of numerous shows, even though first starred only in bit parts. 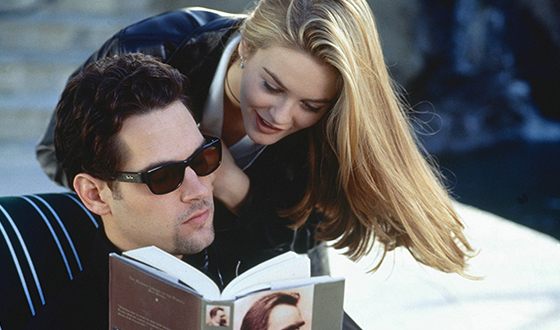 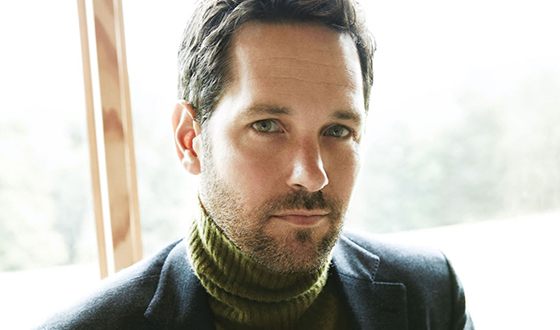 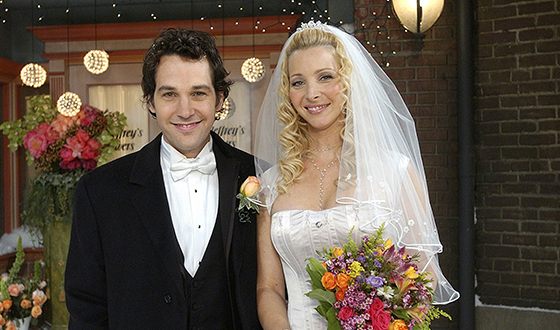 Paul Rudd and Lisa Kudrow in the TV series Friends
When in 2002 Rudd joined the six of the leading characters of the cult comedy series Friends, he was already a quite recognizable person. Nevertheless, the part of fireman Michael ‒ the beloved and later the husband of the leading character Lisa Kudrow, brought Rudd real glory. Many even began to call the charming actor just the seventh friend in the series. 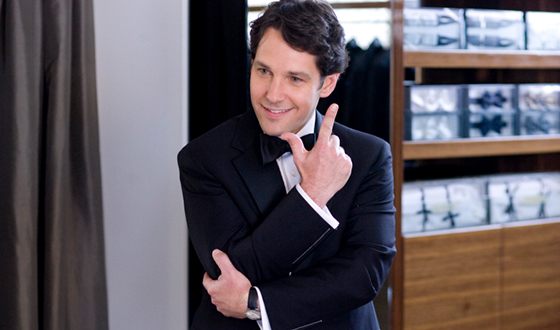 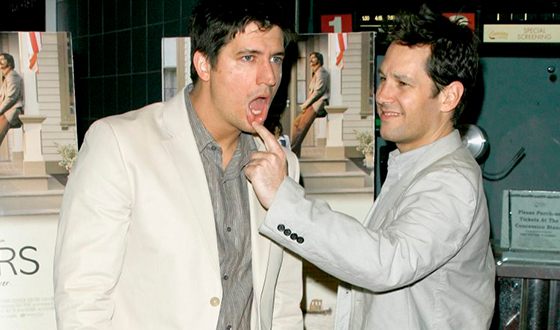 Paul Rudd with Ken Marino
If you look at the list of actors in these films, you can notice that Paul has quite often played together with some of them. For example, on the set he has met Ken Marino 19 times, Amy Poehler ‒ 12, he has collaborated with Elizabeth Banks the same number of times. Besides this, his favorite colleagues are famous the comedians Steve Carell, Jason Segel and Seth Rogen. For a prolific artist, as Rudd is, such discrimination and adherence to personalities is a rarity. 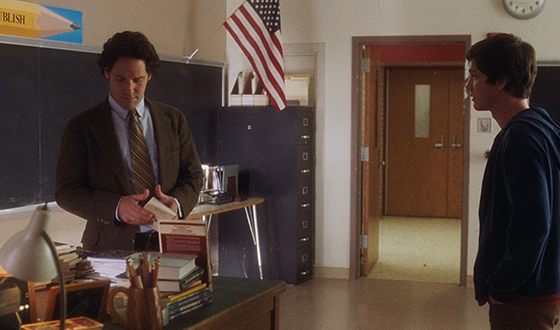 Paul Rudd in the movie The Perks of Being a Wallflower
On the other hand, Paul Rudd was revealed in the film The Perks of Being a Wallflower, where he played as the clever mentor of Logan Lerman’s character, his literature teacher, and in the series Parks and Recreation (2012-2015), in which the actor’s partners were Chris Pratt and Amy Poehler.
Paul Rudd in the movie Captain America: Civil War (trailer)
In 2015, the blockbuster Ant-Man appeared on the screen with Paul as Marvel, the superhero of the Universe ‒ the joker Scott Lang, who accidentally became the owner of the costume that was able to diminish its owner to the size of an insect. The actor even helped the filmmakers to rewrite the script, in which he already had experienced after the film Role Models (2008) and the series Party Down (2009). Subsequently, he appeared in the same image in the film Captain America: Civil War (2016). Many fans of the Marvel Universe call exactly Ant-Man performed by Paul Rudd one of their main favorites.

In 2018, the actor was busy promoting the superhero movie The Ant-Man and the Wasp. Together with his partner Evangeline Lilly he attended various shows and talked about past shootings and his plans for the future.
Paul Rudd in the movie The Ant-Man and the Wasp (trailer)
It became known that Scott Lang, performed by Paul, will join the team of superheroes in the next part of the franchise about Avengers. The film will appear on the screens in 2019 and will be the sequel of the Avengers: Infinity War released in 2018, starring Josh Brolin as the antihero Thanos.

In 2018, Paul Rudd depicted not only the Ant-Man on the screen. For example, at the beginning of the year, he took part in Netflix's fantastic television film Mute, in which Alexander Skarsgard and Justin Theroux also starred. Rudd played as a surgeon nicknamed Cactus. Besides this, in the summer of 2018, there was the premiere of the drama The Catcher Was a Spy with Paul Rudd in the lead role, in which the character of the actor had to hunt for the German creator of the atomic bomb during the Second World War. Mark Strong, Guy Pierce, and Sienna Miller starred in the film. 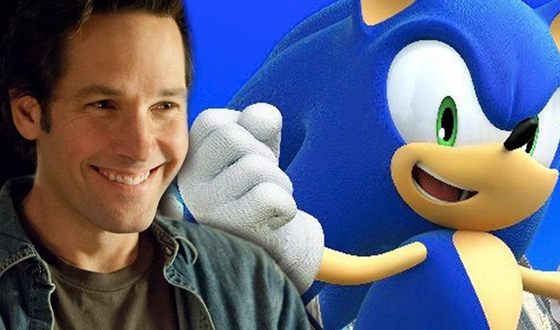 Paul dated Julie Yeager for five years. In 2003, the lovers got married and since then have not parted. The couple has two children: a son, Jack, born in 2006, and a daughter, Darby, born in 2010. 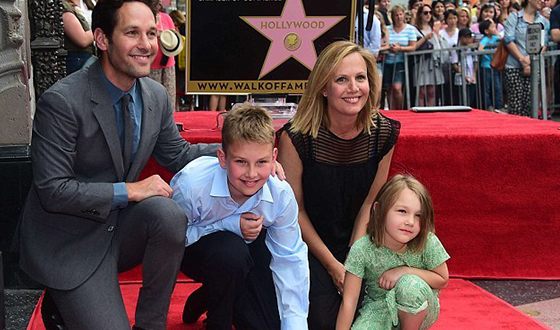 Paul Rudd with his wife and children
Paul is keen on baseball and American football and is a fan of teams from the state of Kansas.

2019 was a busy year for the actor. Firstly, the movie "Avengers: Endgame" was made with his participation. In it, he again played Scott Lang (Ant-Man). Paul also starred in the web-comedy-drama series Living with Yourself as Elliot Miles.
Ghostbusters: Afterlife, trailer
Two premieres are planned for 2021 with the participation of Paul Rudd. Among them, "Ghostbusters 2020" scripted by Reitman and Gil Keenan, whose release was postponed due to the coronavirus pandemic. The animated series "What If ...?" Is also due to premiere. from Marvel, in which Rudd reappears as Ant-Man.

Hailee Steinfeld where did she study
5.2

Jessica Chastain where is she now
6.0