Alexandra Daddario joined the flash mob «kind accusations», which launched on the Network after Weinsteingeit (scandal with allegations of sexual harassment by male celebrities). Then the users decided to tell about the stars something good, as opposed to the vile details of harrassment. 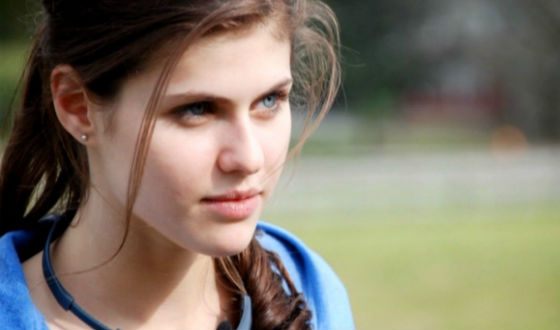 Alexandra Daddario thanked the producer of the «Percy Jackson»
31-year-old Alexandra Daddario joined the wave. She began her acting career on TV and became famous for the role in the fantasy picture «Percy Jackson & the Olympians: The Lightning Thief». She said that colleagues on the set, producer Chris Columbus and actor Pierce Brosnan, treated her, a young 24-year-old girl, in the most helpful and ethical manner.

We recall that not only Harvey Weinstein was involved in a sexual harassment scandal in Hollywood, but many others — for example, actors Kevin Spacey and Dustin Hoffman. In their turn, the American workers in the film industry told that there are decent people in Hollywood, for example, Danny DeVito, Michelle Pfeiffer, Keanu Reeves and others received the warm feedback.

Katherine McNamara how did she became famous
5.6