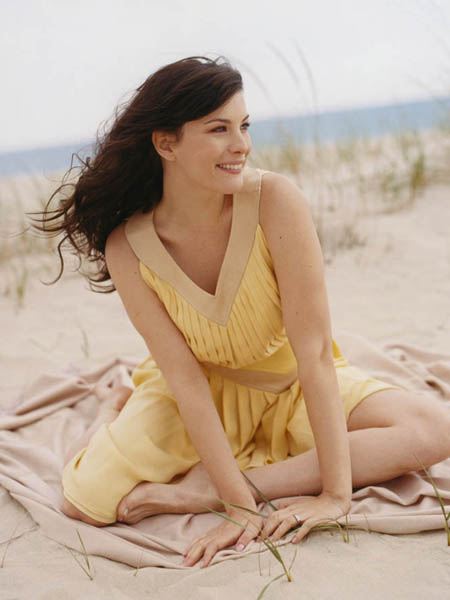 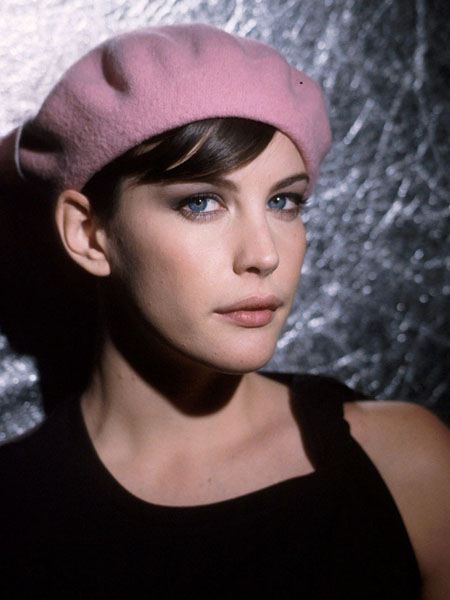 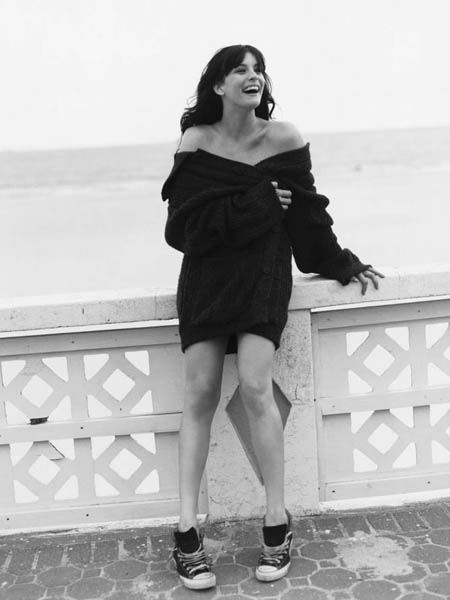 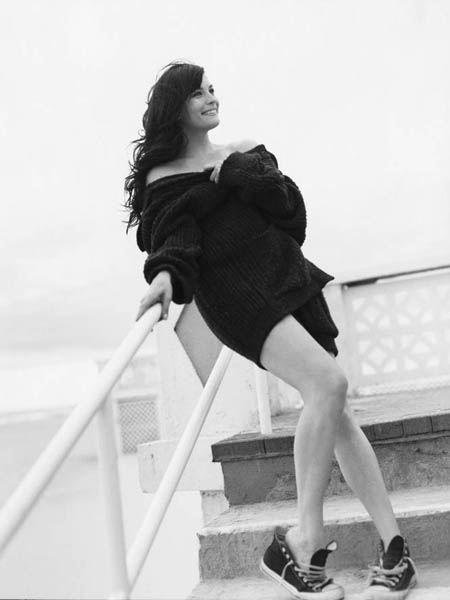 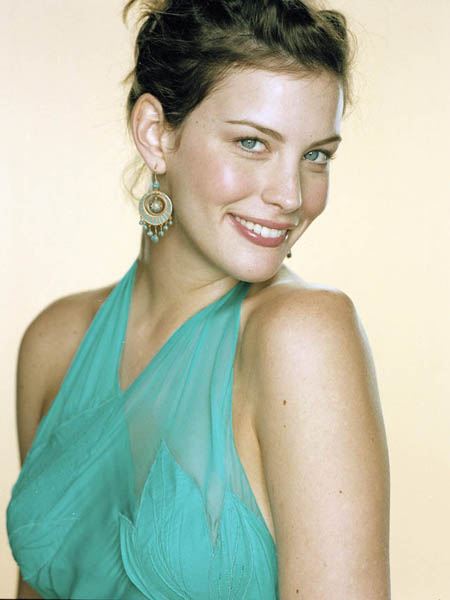 Actress Liv Tyler, the possessor of an elven appearance and millions of viewers’ hearts, became world-famous for her role in The Lord of the Rings magical trilogy, where she played Aragorn’s beloved, but there are many other equally bright images in her collection. 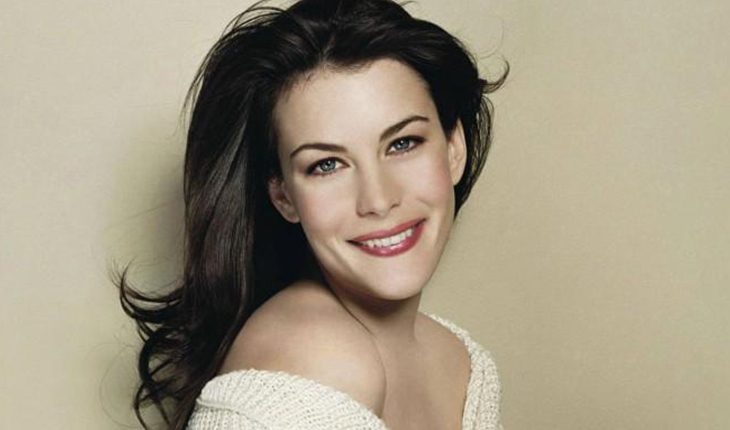 In the photo: Liv Tyler

Liv Tyler was born on July 1, 1977, in New York, and is the daughter of model and rock singer Bebe Buell and the Aerosmith frontman Steven Tyler. At the birth of the daughter, Bebe doubted that Tyler, who was addicted to alcohol at that time, would not be a good father and wrote her new boyfriend, musician Todd Rundgren’s name as the father. 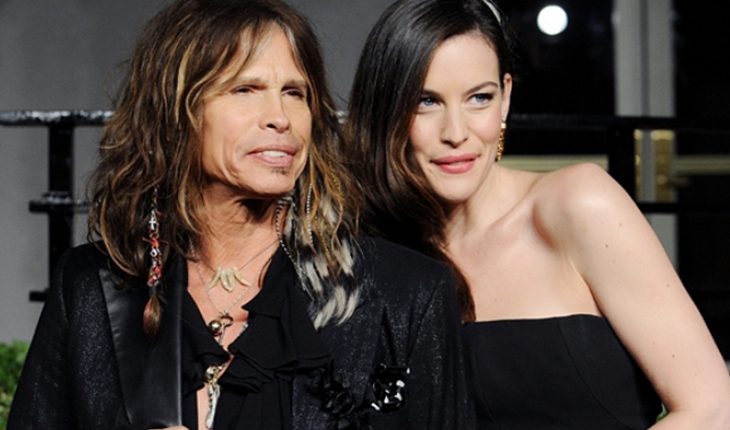 Steven and Liv Tylers
The woman has not mistaken: Liv grew up surrounded by Todd, who loved her like a daughter. And only when Liv was nine and she discovered an incredible resemblance to Steven and his eldest daughter, Bebe had to tell Liv the truth. The girl took the name of her father while keeping a warm relationship with Todd.

Growing Liv became more and more looking like Steven, but the features that made him look like a freak gave Liv an incredible charm. In 1990 her mother took her to a modeling agency and soon the girl’s photos filled the covers of teen magazines. 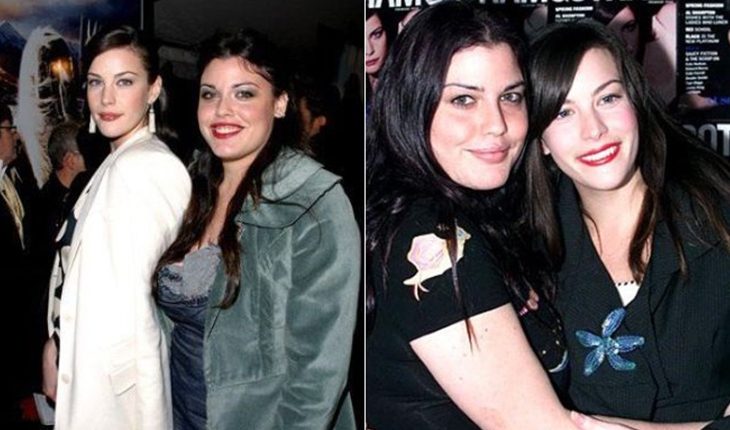 Liv and Mia Tylers
Liv played in hair product commercials, advertised fashionable clothes and in 1993 she starred in the video clip of the founding fathers of glam rock, the Crazy, where she played a schoolgirl who escaped from lessons to enjoy freedom. Alicia Silverstone played the second girl. In the very first days after the release, the video firmly settled on the top positions of the charts and marked the beginning of Liv's acting career.

In 1994 the seventeen-year-old girl was invited to the Silent Fall detective drama, where she played the sister of an autistic boy suspected of murder. Already risen stars were shot in the picture but the young beginner seemed to shift the viewer's attention to her character. 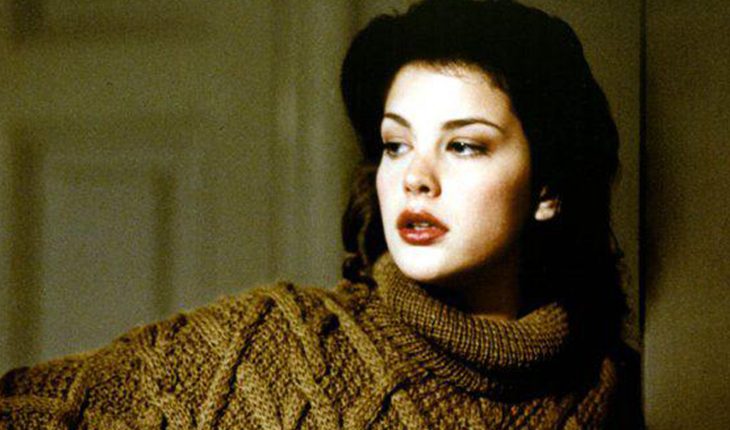 In 1994 Liv shot in the Silent Fall
The following year the actress played alongside Renee Zellweger in the Empire Records comedy, playing a virgin who decided to start adult life. The viewer liked the comedy for the performances of the two aspiring actresses and a light funny plot, but Liv was still awaiting real success. 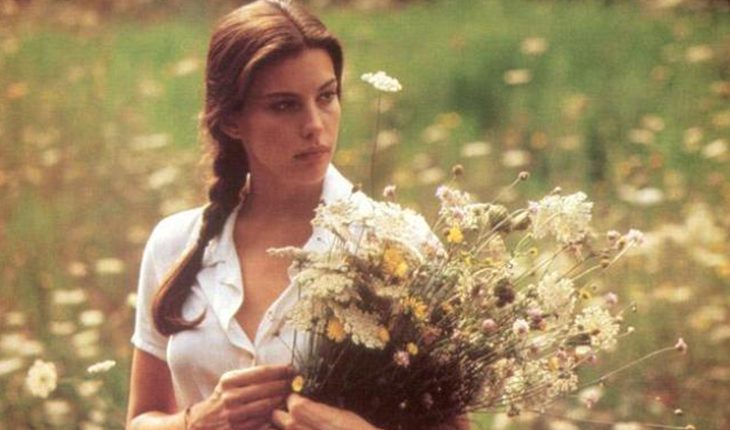 Liv Tyler in the Stealing Beauty
In 1996 great Bertolucci, in the pictures of whom many top stars dreamed of playing in, invited Tyler to play Lucy in the Stealing Beauty drama. The film, amazing with its beauty and deepest meaning, won many film awards, including Di Donatello and BAFTA, revealing the young actress’s name to the whole world. The picture also starred Jeremy Irons and just starting her rise to glory Rachel Weisz.

By the end of the 90s, the actress’s star shone along with recognized Hollywood stars: in 1996, she played in the company of Tom Everett and Tom Hanks in the That Thing You Do! youth musical drama, and with Joaquin Phoenix, Jennifer Connelly and Billy Crudup in the Inventing the Abbotts melodrama. 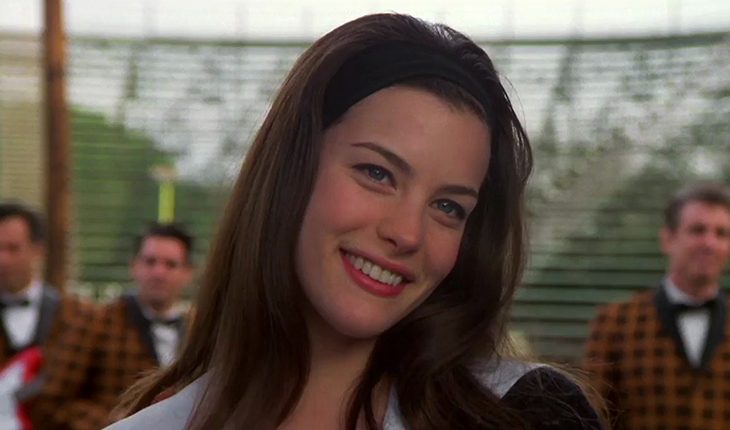 Liv Tyler in the That Thing You Do!
Two years later the actress played the daughter of Bruce Willis’s hero in the 1998 Armageddon action picture, which also starred Billy Bob Thornton, Ben Affleck and Steve Buscemi. It is an interesting fact that in the year of its release, the film, loved by the viewers and considered to be one of the best science fiction films, earned only negative reviews at first and several Golden Raspberries, including the worst female role. 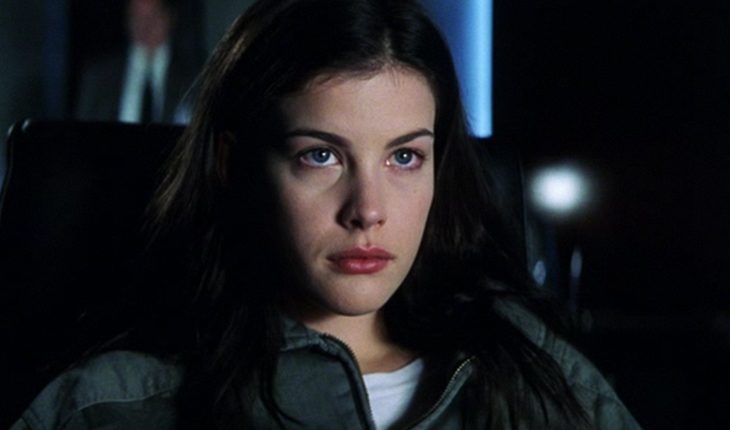 A shot from the Armageddon
The following year Liv appeared in the Plunkett & Macleane western, playing the daughter of the prosecutor, who became the target of two fraudsters played by the British Johnny Lee Miller and Robert Carlyle. Again the picture was not appreciated by the highly minded cinema experts, who called the plot far-fetched, and the play of the actors implausible but the audience enjoyed the adventurous story with elements of black humor.

The screen version of Onegin, released in 1999, is considered one of the most striking interpretations of the immortal work. The role of Tatiana Larina, brilliantly performed by Liv, brought her recognition. The actress managed to embody the image of Larina, who is considered the standard of femininity and spiritual greatness. The picture also starred Ralph Fiennes. 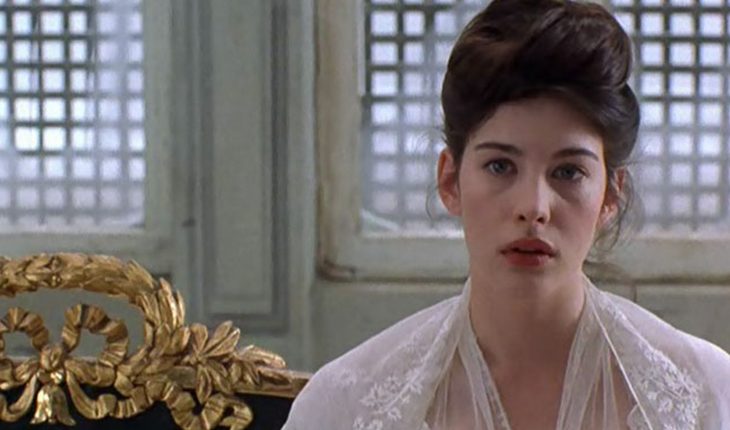 Liv Tyler as Tatiana Larina
The actress played with great Matt Dillon in the One Night at McCool's comedy thriller. Liv reincarnated into a sexy beauty, using her hypnotic influence on men to the fullest in order to get benefits, and just for fun in the picture. The other victims of the fatal beauty were played by Michael Douglas, John Goodman, and Richard Jenkins. 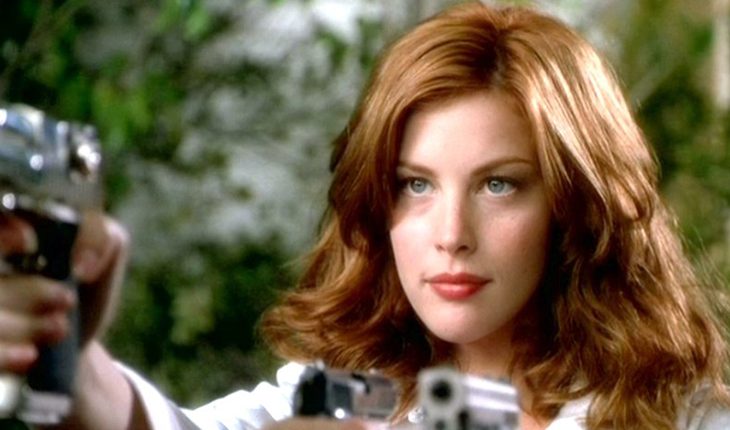 Liv Tyler in the One Night at McCool’s comedy thriller
In 2001 the actress entered the star cast for The Lord of the Rings franchise, embodying the image of a woman who managed to refuse the gift of immortality for the sake of earthly love in the picture. Liv’s beauty, always striking the audience in other pictures, seemed completely unearthly in The Lord of the Rings. Her role of the elven princess is considered, if not one of the best in the actress’s filmography, then certainly the most popular. The elf’s beloved Aragorn was played by Viggo Mortensen. 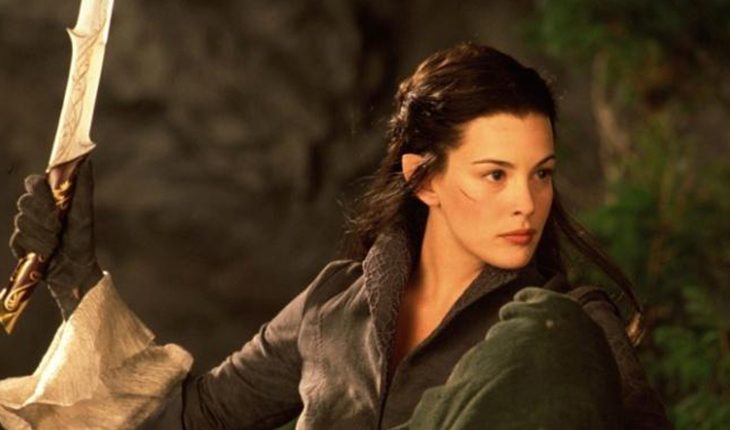 Liv Tyler in The Lord of the Rings
From 2002 to 2010 the actress participated in several motion pictures, presenting newer facets of her talent in each of which. In the Jersey Girl comedy melodrama, she played Maya, who managed to bring Ben Affleck’s hero, who lost his wife back to life with her love. The actress collaborated with Edward Norton and Tim Roth in The Incredible Hulk fantasy and played with Scott Speedman in The Strangers creepy horror.

The role in The Ledge psychodrama stands out in the actress’s filmography, who played the controversial role of Shana, who causes antipathy at first but then the audience’s sympathy as the story progresses. The actress herself calls this work the most difficult of all her roles. On the set, Liv collaborated with Patrick Wilson and young Charlie Hunnam.
The Ledge - trailer
Starring in 2013 and in 2014 in the Mademoiselle C and Jamie Marks is Dead, the actress disappeared from the screens for several years and appeared only in 2017 in the Gunpowder television multi-series project, where she played with Peter Mulan, Shaun Dooley and Kit Harington.

In 2017 Liv played supporting roles in the Gunpowder and Harlots TV series and in 2018 she appeared in the Wildling psychological horror tale, playing one of the key roles. Liv’s character is a female sheriff who uncovers a terrible crime, the victim of which were two teenagers. In the gloomy story by director Fritz Böhm, the actress was accompanied by Brad Dourif, and James LeGros appeared in the image of a forest monster.

Unlike her father, the actress never pleased the fans with her appearance in scandalous chronicles, she was not caught drunk while driving, she did not fight with journalists, and did not twist numerous affairs. 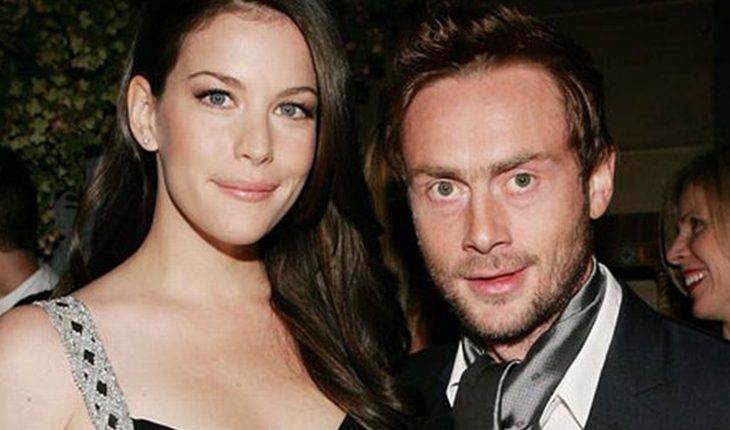 Liv Tyler and Royston Langdon
Musician Royston Langdon, from whom she gave birth to her son Milo in 2004, became the first choice of the beauty. A few years later, both she and Royston acknowledged that their feelings had died away and the couple divorced in 2008.

Keeping friendly relations with the father of her son, the actress didn’t try to forge a personal life, completely devoting herself to her beloved work and participation in charity events. 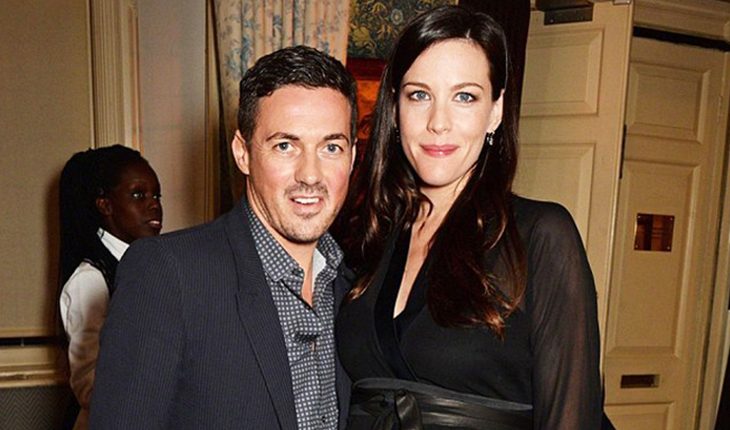 Dave Gardner and Liv Tyler
In 2012 at David Beckham’s, with whose family she has been friends for many years, the actress met Dave Gardner, an entrepreneur who owns a football agency. The couple legalized their relationship only in 2018 after the birth of their son Saylor and daughter Lula. 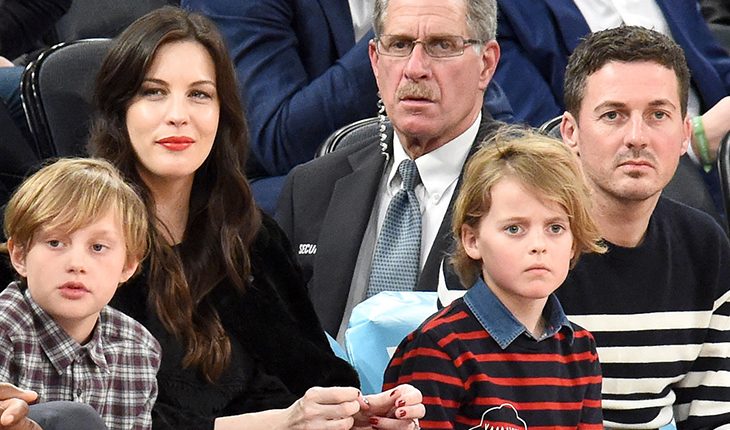 Dave Gardner and Liv Tyler with children
Liv and Dave own houses in New York and London, and Liv’s first son and Dave's son from his previous marriage, Gray live with them.

In 2019, Liv Tyler worked on the film "Ad Astra" staring Brad Pitt and Tommy Lee Jones. The actress played the role of Eve McBride in it.
Ad Astra – official trailer
A year later, the filming of the spin-off of the American TV series "9-1-1" - "9-1-1: Lone Star", in which Liv Tyler also took part, was completed. The premiere took place in 2020.