Jean Reno is one of the most popular and sought-after French actors in Hollywood. At first, because of his brutal appearance, the actor had to mostly play various unremarkable brawny villains. Only acting talent and ability to endow the character with inner drama and psychology helped Jean Reno to reach the very peaks of skill.

Although Jean Reno (real name ‒ Juan Moreno y Herrera-Jiménez) is first of all a star of French cinema, few know that the famous actor is of Spanish descent. And Jean was born in the Moroccan city of Casablanca where his parents fled from Spanish Andalusia fleeing from Franco’s totalitarian regime. When Jean was 12, the family again returned to Europe, but this time to France. The boy’s father worked at the printing house all his life, and his mother worked as a dressmaker. When Jean was 17 years old, his mother died, and then in order to obtain French citizenship, he went to serve in the French army. In addition, from a young age, he dreamed of becoming an actor. He did not even think whether such a profession would feed him. In Paris, the young man attended a theatrical school, where the stars of French cinema Didier Flamand and Claude Brasser studied in different years. What only Jean (then still Juan) didn’t try to do to replenish the family budget – he worked as a customs officer, a driver, as well as an accountant.
As soon as he finally ventured to take the actor’s path, he immediately changed his name. Perhaps this date can be considered his second birthday, after all, then Jean Reno came into the world – the one who is known and loved by millions of fans around the world.

Being fascinated by the theater, Jean decided to take lessons in Renee Simon’s acting studio, and already in 1974 he first appeared in television shows and later made his debut on the stage of «Ecce Homo». His debut on the screen was the television series «One Mystery in a Day» and the detective «The Hypothesis of the Stolen Picture». For the next five years, Reno was shot exclusively in episodic roles in little appreciable films. Because of his height and impressive build, Reno most often had to play the roles of various big guys and bounces. Such a work, of course, did not suit him – he understood that he was standing on the spot. For an actor in many respects, luck and meeting with the «right» film director play an important role. Jean Reno was lucky – he met Luc Besson. In 1981, Besson shot Reno in his first film – in the short film «Ultimate», and two years later – in «The Last Battle», and by that time he unexpectedly found in the actor a friend and like-minded person. In 1985 the role of the drummer in Luc’s film «Subway», in which also played Isabelle Adjani and Christopher Lambert, moved Reno slightly up the career ladder. Then Reno began acting already more actively in the films of other directors, playing in the films «I Love You» and «Red Zone» in 1986. Finally, he got the leading role – in Luc Besson’s drama «The Big Blue». Jean managed to filigree the role of a diver who put at stake his own life for the champion title and victory over his friend. For this work, Jean Reno was nominated for the main French film award «César». In 1990, the world was literally blown up by Besson’s action movie about a killer girl «Nikita». This had not happened at the cinema before. The main character in the film, Anne Parillaud, instantly became a world star; Jean Reno also proved to be a good actor, since it was in this legendary film that he first tried the role of a professional killer. Since then many have begun to call him «the best killer in the blue screen». So it’s not surprising that after that successful work, Jean was flooded with invitations to the role of assassins. But the actor did not agree since he believed that playing villains was a trap and some kind of conveyor that would deprive him of his development. Nevertheless, the image of the cleaner-psychopath created by the actor in «Nicita», impressed Besson so much that he decided to devote to him the whole movie. Reno’s character was dying in such a way that the audience left the cinemas in tears.
«Léon: The Professional» with Jean Reno. Trailer
It was this ambiguous and complex character that found its continuation in Besson’s famous criminal drama «Léon: The Professional» (1994). This role of an illiterate, unshaven and lonely killer brought 45-year-old Jean world fame and remained one of the best and certainly the most emotional in his career. In addition to the fact that the film and Reno himself received the nomination for César (at the same time not receiving any awards for some reason) this English-language work opened the way to Hollywood for Luc Besson and Jean Reno. Then everyone was surprised by both Gary Oldman playing charismatic villain-psychopath, and very young Natalie Portman playing the character of an adult beyond her years' girl. Before this movie Jean managed to become a star in his homeland too – in 1993, Reno along with Christian Clavier, played in the fantastic comedy «The Visitors» about the adventures of a medieval knight and his servant in modern France, for which he received another nomination for «César». A few years later, the movie got two film sequels, in one of which the amusing characters appeared in America. By that time (1998), the States were happy to take Jean Reno in other roles too.

The first work in Hollywood was the famous spy action movie «Mission: Impossible» with Tom Cruise. He appeared on the screens in 1996; he is also gladly re-watches by the audience today. Glory fell upon the actor instantly and became for him a big and pleasant surprise. After this, offers fell onto the Frenchman one after another. Luc Besson wrote the script to the "The Fifth Element" especially for Jean Reno, but the producers insisted that the main role was given to Bruce Willis. But fate has prepared for the actor other opportunities to realize oneself. Some years later the blockbuster «Godzilla» appeared on the screens with starring Reno, for which Reno even refused to play the part of Agent Smith in «The Matrix». Roland Emmerich’s apocalyptic film about the saving of New York did not cause admiration among the critics, but Jean Reno needed large-budget projects in order to gain a foothold in the «Land of dreams».
Jean Reno in the film «Ronin»
The most serious work of this time for the actor was Vincent's part in the film of 1998 «Ronin», in which his partner was Robert De Niro. The audience simply could not take their eyes off the character of Jean, who as always was a silent professional within a hairbreadth of death. In 2000, the audience saw a new French thriller with Jean Reno «The Crimson Rivers», from which many got ice-cold blood in their veins. The actor played the part of an experienced policeman who together with his partner investigates the brutal murders of girls in the mountains near Grenoble.
Reno later admitted that the shootings were very exhausting and tense for him since the film crew had to work at high altitudes in the glaciers. When the movie was released, the actor was already 52 years old, and, in his opinion, all the sacrifices were worth it – the film came out impeccable in its genre.
The success of the thriller prompted the director, Mathieu Kassovitz to create the continuation of the film. At the beginning of the new century, Jean got the leading role in the comic action film «Wasabi». In spite of a good script and idea, the film failed in distribution. Renault played the part of a French policeman, who went on a mission to distant Japan. Next were the roles in the films «Ruby and Quentin» with Gerard Depardieu, another work with Christian Clavier ‒ «The Corsican File». Reno effectively returned in Hollywood in 2006, starring in the historical and adventure drama «Flyboys» with James Franco, the comedy «The Pink Panther» with Steve Martin, and in the sensational thriller «The Da Vinci Code» with Tom Hanks and Audrey Tautou. Renault gladly accepted the offer to play in the filming of the novel by Dan Brown, although this book and later the film was criticized by the Vatican.
Jean Reno in the film «22 Bullets»
The action film «22 Bullets» (2010) starring the French actor became the world hit, in which the actor played the French godfather, who decided to take revenge on his offenders. In 2016, Reno starred in the historical melodrama «The Promise» with Christian Bale and Oscar Isaac.

In 2017, along with Tony Servillo, the star of Paolo Sorrentino's film «The Great Beauty», Jean Reno has shot in the thriller «Girl in the Fog», which the viewers liked very much. In the same year, the actor took part in a French-Chinese project – the action film «The Adventurers», in which he played his best part as a detective.
An interview with Jean Reno
The actor never forgot about his passion for the theater too. For example, at different times he played in the performance «Magnificent Occasions» in Edward VII Theatre in Paris and staged «Manon Lescaut» in Turin's opera. He still madly wants to play Othello’s, King Lear’s, and Falstaff’s part.

Jean Reno was married three times; in total, he has six children. From the first marriage with Genevieve, he has a daughter Sandra and son Mickael. He broke up with his wife as soon as he began an affair with the Polish model Natalia Dyshkevich. And she became the second wife of the actor. The girl gave birth to his son Tom and daughter Serena. In 2001, the couple broke up. Five years later Jean Reno married another model – Zofia Borucka, who was 24 years younger than him. The groomsman at their wedding was Nicolas Sarkozy (at that time he was not the president of France, but the Minister of the Interior). Sarkozy and Reno are neighbors and good friends. In a couple of years, Zofia gave birth to the first child from Jean, and then, in 2011, also the second child, whom Reno had been impatiently waiting for. The actor is crazy about his children: in order to spend more time with the family, he is shot no more than in two films a year. It’s a disappointment for fans and film directors and a joy for the wife and children.

Hollywood cuties than and now: 39 photos 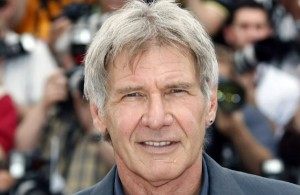 Many Hollywood actors, known around the world for their gorgeous film work, have already crossed the “50 " mark. However, most of them look...
2
186
Read more
Life stories