Cause of death: find out cancer

Place of bury: find out cremated, ashes given to family

Chadwick Boseman is an American actor, director, and screenwriter, known primarily for two movies, where he played the roles of the religious African Americans: baseball player Jackie Robinson in the biopic 42 (2013) and singer James Brown in the movie Get on Up (2014). He became famous for the role of superhero Black Panther in the Marvel movies The First Avenger: Confrontation (2016) and Black Panther (2018). 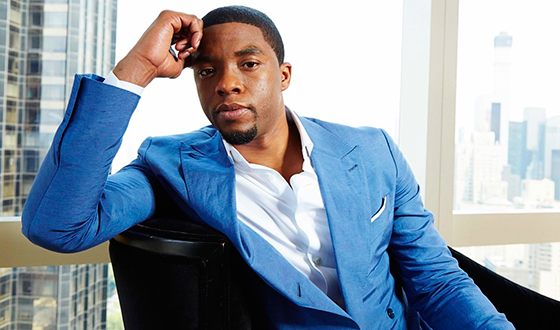 Chadwick Boseman as a screenwriter and actor

Chadwick Aaron Boseman was born on November 29, 1977, in Anderson, South Carolina, in the average African American family. His father, Leroy Boseman, was an entrepreneur, and his mother, Carolyn, worked as a nurse. They were not rich, but parents gave their son everything to make his childhood happy. The boy was brought up in a religious way, going to the church regularly. 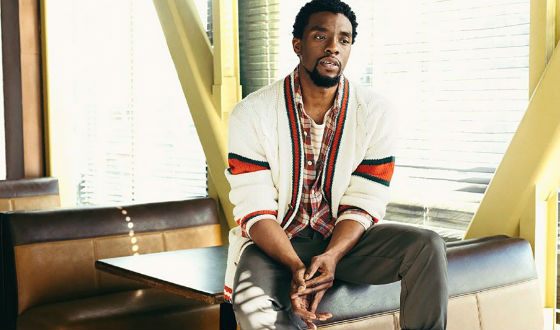 Chadwick Boseman, who came from the working class, became successful thanks to himself
Chadwick was the only child in his family, but he had many distant relatives: When my grandmother died, she had 115 grandchildren and great-grandchildren. And it is only through the maternal line!

Remembering his childhood, the actor admitted that racism was not uncommon in their state.

In his youth, Chadwick was seriously keen on basketball. The actor also likes this sport now. But in high school, he went through a very tragic experience connected with this sport. Once, during the game, his teammate was shot, and the police interpreted the incident as an accident. Subsequently, Boseman wrote and staged a play based on these events. 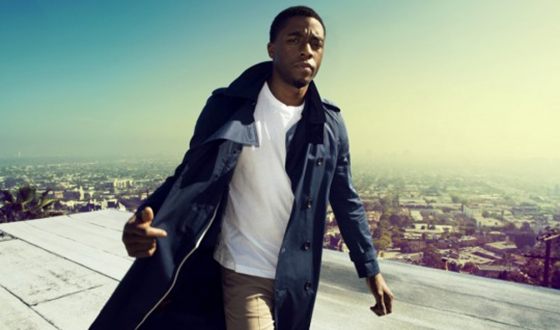 The height of Chadwick Boseman is 183 cm
After high school, the young man entered the historically black Howard University in Washington, DC, graduating with a bachelor's degree in directing in 2000. Later, Chadwick graduated from the British American Drama Academy in Oxford and postgraduate studies at the New York City’s Digital Film Academy. Initially, he wanted to become a screenwriter and director, but he studied acting for his overall development. 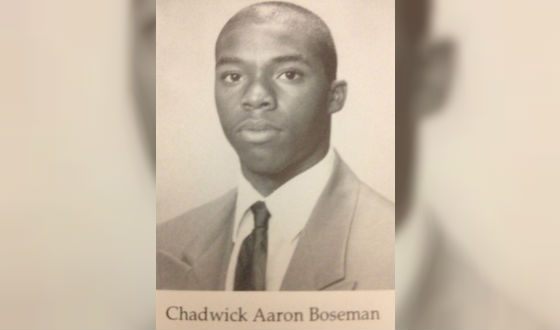 Chadwick Boseman in his youth
After graduating, in 2002, for some period of time, Boseman has taught drama in the Junior Scholars Program at the Schomburg Center for Research in Black Culture in New York City. He continued to write scripts for soap operas, crime dramas, and other TV series.

Boseman got his first television role in 2003, in an episode of the crime series Third Watch. Chadwick's early work also included small roles on the TV series Law & Order, CSI: NY, and others. 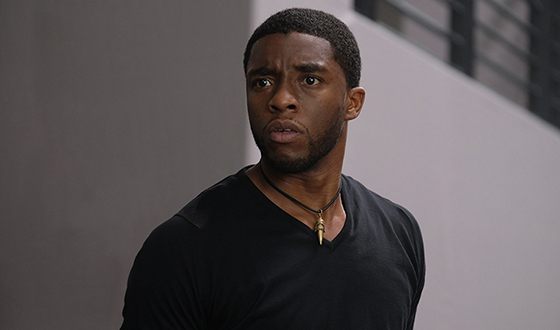 Chadwick Boseman wanted to become a screenwriter
Parallel to the shooting on the TV series, Boseman continued to work as a playwright. In particular, he wrote the play Deep Azure, which was staged in one of the theaters in Chicago. In 2006, for this work, Boseman was nominated for the Joseph Jefferson Award, which the famous American actor Michael Shannon had won.

According to Zoomboola.com, in 2008, Chadwick moved to Los Angeles and began his acting career, playing a role in the popular TV series Lincoln Heights and in his first feature film The Express: The Ernie Davis Story (directed by Gary Fleder). In 2010, Chadwick got the lead role on the television series Persons Unknown, which was closed after the first season. 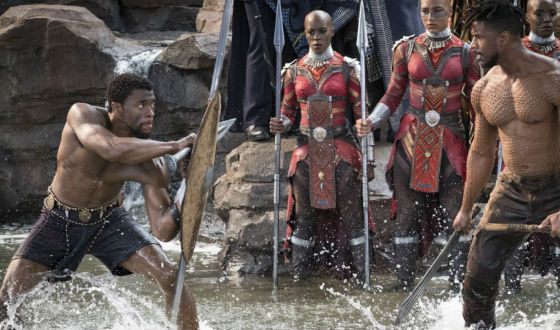 The scene from the movie Black Panther
Chadwick had his first starring role in 2013 - in Brian Helgeland’s movie 42 the actor played the famous baseball player Jackie Robinson, the first black player in Major Baseball League in the XX century. When he auditioned for the role, Boseman had been directing an off-Broadway play. By the way, at that time, Chadwick was seriously considering giving up acting and continuing his career as a director. 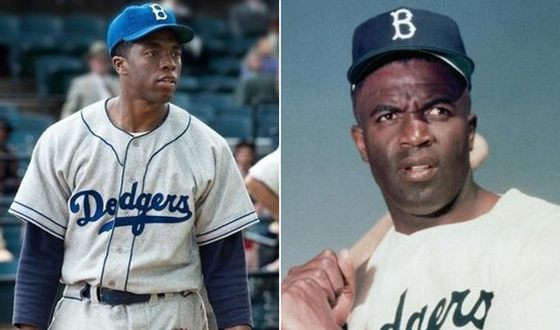 Chadwick Boseman in the movie 42 and his real prototype
About 25 other actors had been seriously considered for the role, but director Brian Helgeland cast Boseman after he had auditioned twice. After that, Chadwick's life plans changed dramatically.
Training of Chadwick Boseman
In 2012, Chadwick starred in the indie movie The Kill Hole (directed by Michael Webley), which took a long period of post-production and was released a few weeks before 42. In 2014, Boseman played the lead roles in Ivan Reitman’s sports drama Draft Day (with Kevin Costner and Jennifer Garner) and the biopic James Brown: Get on Up (directed by Tate Taylor) about the famous black soul singer of the XX century.

Get on Up: Chadwick Boseman as James Brown
In 2016, Chadwick starred as Thoth, the God of wisdom, in the adventure fantasy movie Gods of Egypt with Gerard Butler. 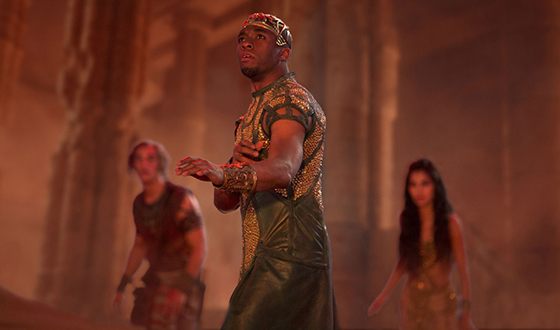 Chadwick Boseman in Gods of Egypt
In the same year, Boseman was chosen to play the role of superhero Black Panther in the Marvel blockbuster The First Avenger: Confrontation. Black Panther, or T'Challa, Prince of Wakanda, is the first black superhero. Chadwick has read comics about him since childhood. Preparing for the role, Boseman looked at photos of Maasai warriors, watched the movie Shaka, the Zulu King, listened to the speeches of Patrice Lumumba, Nelson Mandela, and Barack Obama. 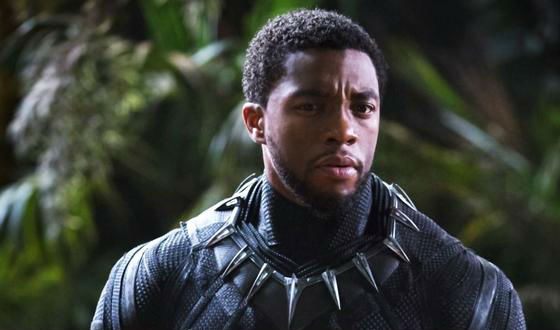 Chadwick Boseman as Black Panther
Soon Chadwick starred in the thriller Message from the King and biographical drama Marshall, where Chadwick played the role of Thurgood Marshall, an American lawyer and judge of the US Supreme Court, the first African American in this position.
Chadwick Boseman in Marshall (trailer)

Signing a contract with Marvel, Chadwick learned that the company plans to shoot his character in a solo movie. If his appearance in The First Avenger has remained unnoticed, after such a benefit he can become famous worldwide. In the USA the premiere of Black Panther was watched several months earlier than in other countries.
Chadwick Boseman about Black Panther
In this movie there were also starred such famous black actors as Martin Freeman, Forest Whitaker, the lead actress Lupita Nyong'o, and others. 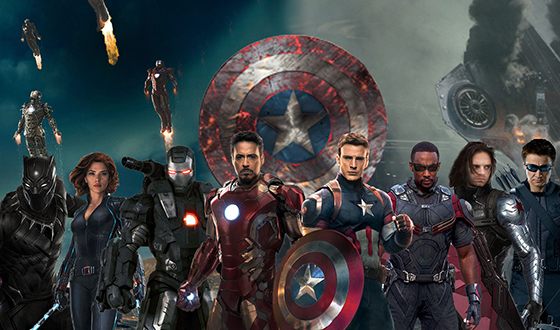 Chadwick Boseman in Avengers
Chadwick starred as Black Panther in Avengers: Infinity War, which was released in April 2018. Moreover, also, he returned to Avengers 4, which was released in 2019.
Chadwick Boseman talks about the movie Black Panther
The actor notes that he has become successful at the age of 41 - later than most actors. Chadwick says that black actors have to make more efforts because the modern movie industry is painted in white.

Although the paparazzi often notice the actor with different women, Chadwick prefers not to speak about his personal life. Since 2018 he rumored to be dating actress Regina Hall. 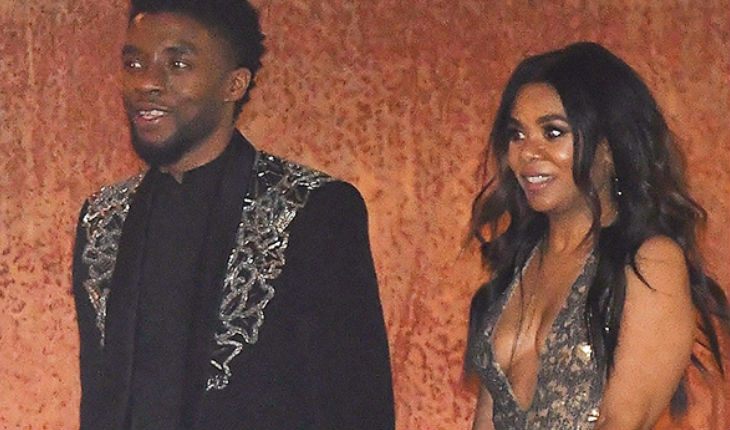 In 2016, Chadwick was diagnosed with colon cancer. Despite the fact that Boseman found the strength to act, the disease progressed, and in 2020 the third stage was replaced by the fourth. On August 28, 2020, at the age of 43, Chadwick died in his own home, surrounded by family and friends. 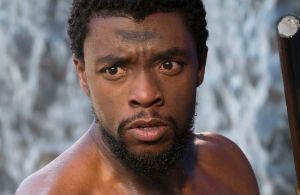 Fans of the actor began to worry after the new Boseman video on Instagram. 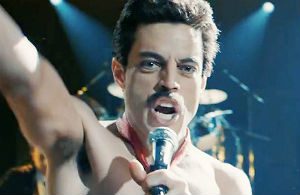 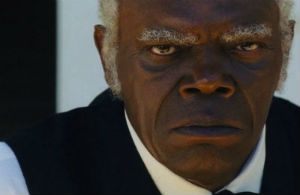 Naomi Watts in her teens
5.7

Rihanna does she have kids
6.0

Alexa Demie where did she study
5.7