For the first time, Boseman's suspicious leanness was noticed by fans in 2019, a year after the release of Black Panther. Then the actor appeared on the All-Star Weekend in the NBA rather emaciated and weak.

In a new Instagram video of musings on “Number 42”, Chadwick seemed even more skinny to fans, and that caused them even more questions. 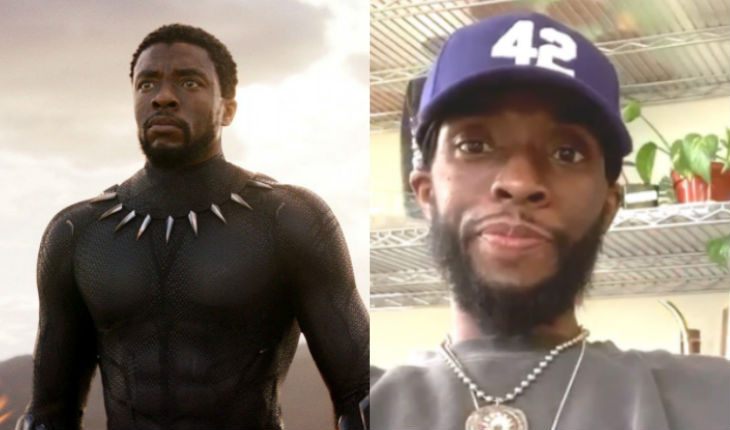 Chadwick Boseman in 'Black Panther' and now
Twitter users blew up the social network with emotions and guesses about the state of the actor: some of them compared the actor with the mythical “ghoul”, others suggested the disease. Boseman himself did not comment on this topic, but the fans are only encouraged that thinness can only be prepared for a role in one of the new films.