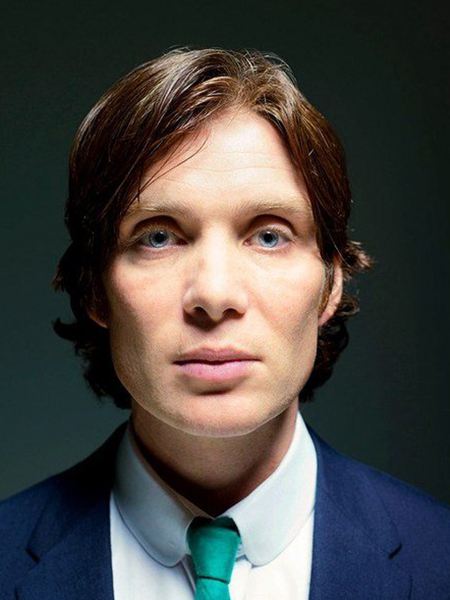 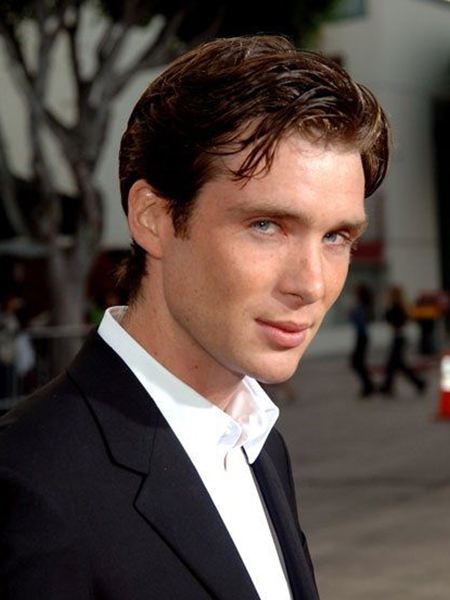 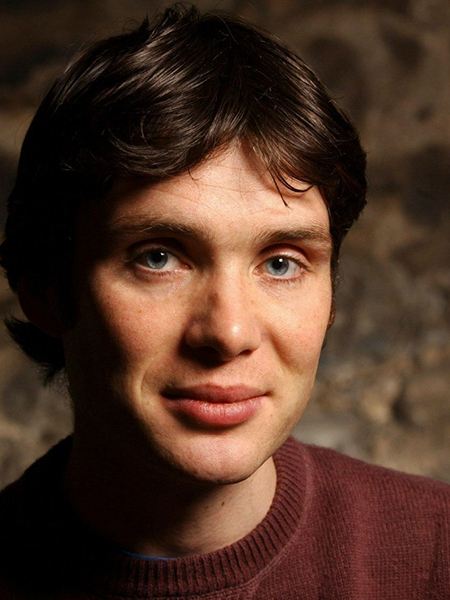 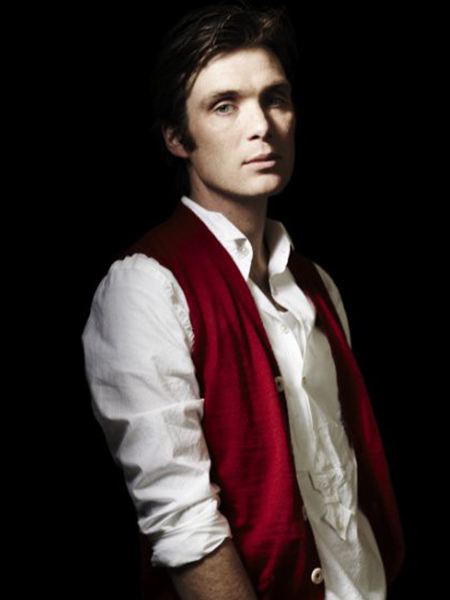 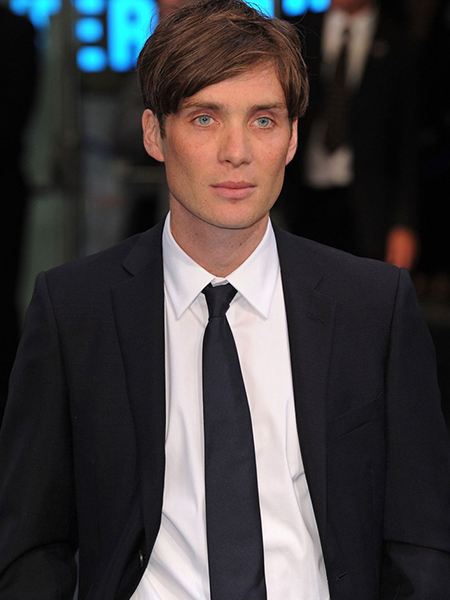 Cillian Murphy is an Irish actor of cinema and theater, known for his roles in the 28 Days Later picture, the Peaky Blinders TV series, Christopher Nolan's trilogy about Batman and the Inception. Net worth: $20 million. 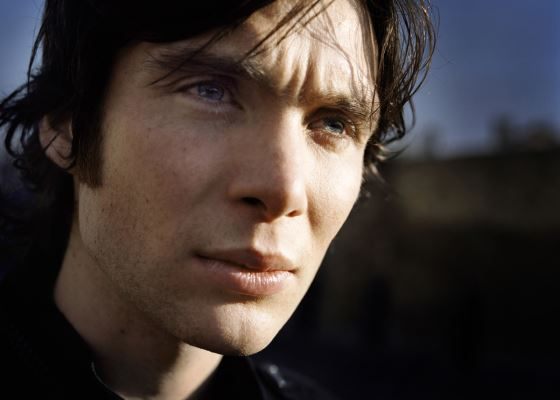 Murphy was born on May 25, 1976, in the Irish town of Douglas, but he spent his childhood in Ballintemple, which is located in the same county of Cork. The actor’s father, Brendan Murphy, worked in the Irish Department of Education and his mother taught French at school. Murphy’s aunts, uncles, and grandfather were also teachers.

Murphy attended a Catholic school, but because of his restless nature, he often got into trouble and was suspended from school. As a result, after four years of study, Murphy moved to another, less disciplined school. 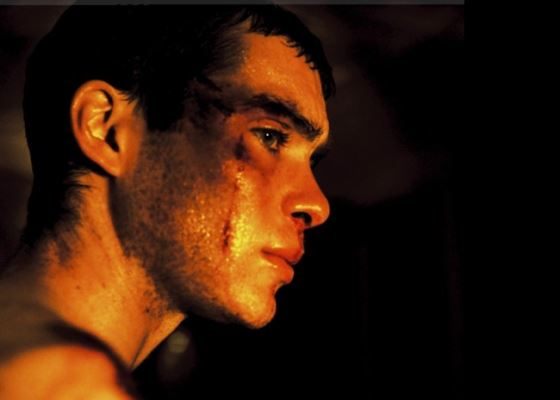 Cillian Murphy at young age
Painful Cillian didn’t like sports, he was interested in the world of creativity. At the age of 10, the boy became interested in music and began writing songs. Like his three younger brothers and sisters he dreamed of becoming a rock musician and practiced hard at playing the guitar. As a teenager, he formed a band called The Sons of Mr. Green Genes, which also included his younger brother Páidi.

Everything changed when 16-year-old Cillian attended a theatrical skills lesson organized by his school teachers. He admitted to himself that the theater in terms of the intensity of emotions is in no way inferior to music and joined the Corcadorca theatrical circle.

In 1996 Murphy entered the faculty of law at the University College Cork, but the young man failed his first exam, because, according to him, he had no ambitions in the field. 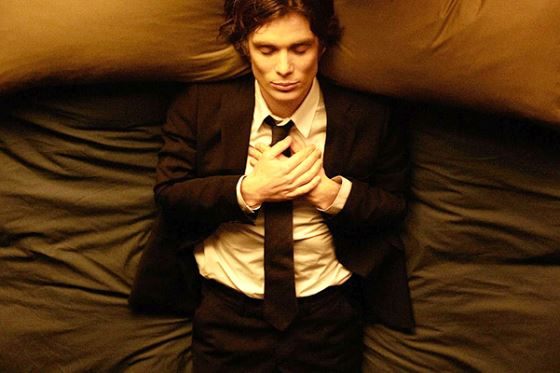 Cillian Murphy chose acting
In September 1996 he first performed on the professional stage with his fellows from the theatrical studio. The play was called Disco Pigs and told about the life of two teenagers in love. Later Murphy described the experience as a sublime and completely alive feeling, which he appreciated much. Soon Murphy and the theater troupe set off on a two-year tour around Europe, Canada, and Australia, for the sake of which the young man left the university and forgot about the rock band.

Murphy began making his way to the cinema with short and independent films by Irish directors. In 1999 he played the lead role in the Sunburn drama, where his partner was Ingeborga Dapkūnaitė.

In 2001 he also appeared in an art-house picture On the Edge, telling about 19-year-old Jonathan, a mental hospital patient who decided to commit suicide after his father’s death.

In the same year, the screen version of the Disco Pigs was released under the Shocking Love Story tagline. 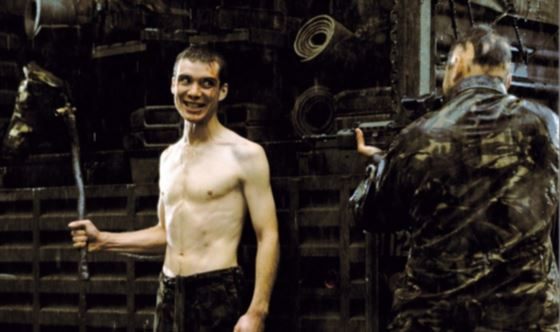 Cillian Murphy in the 28 Days Later
In 2002 Murphy came to great success. The actor shot in the lead role in the 28 Days Later horror film by Danny Boyle, receiving the Best Newcomer award at the 8th Empire awards ceremony in 2003 and the Best Breakthrough Performance at the MTV Movie Awards in 2004.

According to Zoomboola.com, at the end of 2003, Murphy participated in the Intermission, playing an uncomplaining supermarket worker who robs a bank alongside professional thief Lehiff, the character of Colin Farrell. The film became the highest-grossing Irish independent film in the national hire history (until The Wind That Shakes the Barley broke the record in 2006 - Murphy also starred in this film).

General success and wide acceptance came to Murphy in 2005 when he played Dr. Jonathan Crane in Batman Begins by Christopher Nolan. Initially, Cillian was going to audition for the role of Bruce Wayne/Batman. Murphy never believed that he had the appearance of a superhero, though he did not miss the opportunity to get acquainted with Nolan. As a result, the role of Batman still went to Christian Bale, and Murphy was approved for the supporting role without a word.

The subsequent lead roles only infixed Murphy in the position of a top actor and the audience’s special attention was drawn by the Red Eye with Rachel McAdams, where Murphy presented the perfect movie villain, who’s cold blue eyes freeze the water, and the sight of a wolf cause horror.
Cillian Murphy in the Broken
The actor’s multi-faceted talent was revealed in the Breakfast on Pluto picture in 2005, where Murphy played the role of transgender Patrick Braden, nicknamed Kitten. The actor had auditioned for the role back in 2001 but the project director Neil Jordan didn’t dare to make a film on the delicate topic for a long time. For several years, Murphy persuaded the director to start shooting before he was too old for such a role.

Murphy also starred in lead roles in American pictures Watching the Detectives (2007), Peacock (2009), Inception (2010), In Time (2011) and famous British films Sunshine (2007), The Edge of Love (2008), Retreat (2011), Anthropoid (2016) and Free Fire (2016).
Cillian Murphy in the Peaky Blinders TV series
Since 2013 Murphy has played the lead role in the Peaky Blinders British television series about the criminal gang of Birmingham in the 20s of the past century. His hero is the leader of the Shelby mafia family, which was named Peaky Blinders because of the blades sewn into their caps.

In February 2017 Sally Potter’s new film The Party was presented at the Berlin Film Festival, with Murphy, Patricia Clarkson, Bruno Ganz, and other well-known actors in the lead roles.

In 2017 Christopher Nolan’s picture Dunkirk, about the Dunkirk operation at the beginning of World War II, was released. Tom Hardy, Kenneth Branagh, and Mark Rylance, as well as singer Harry Styles, took part in the picture alongside Cillian.
Dunkirk: Trailer

Together with director Paloma Baeza, Murphy wrote the plot for the Watchmen's (2001) short film, where he also starred.

In 2013 Murphy made his directorial debut: he shot a video for the Hold Me Forever single by the Money band. The shooting took place in the Old Vic theater in London and the dancers of the English National Ballet took part in the video.

In 2015 Killian took part in the recording of the 8:58 and The Clock tracks for the 8:58 album by musician Paul Hartnoll. Murphy is no longer a member of a rock band, but regularly plays music with friends and writes songs.

In 2004 Murphy married his girlfriend Yvonne McGuinness, an Irish artist. He met his future wife in 1996 at a concert of his group. The couple lives in the city of Monkstown in Ireland, raising sons Malachy (born 2005) and Aran Murphy (born 2007). 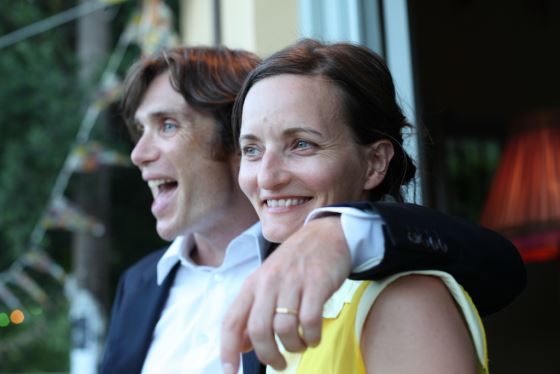 Cillian Murphy with his wife
Murphy often performs in Dublin theaters, so he doesn't want to move to Hollywood. The actor prefers not to talk about his personal life and rarely appears on television. He does not have a personal stylist or personal publicist and the actor often comes to the film premieres alone.

Murphy is friends with other Irish actors Colin Farrell, Jonathan Rhys-Meyers, and Liam Neeson, whom he calls his surrogate movie-dad. But the closest friends of Murphy are those whom he met before his stellar career. 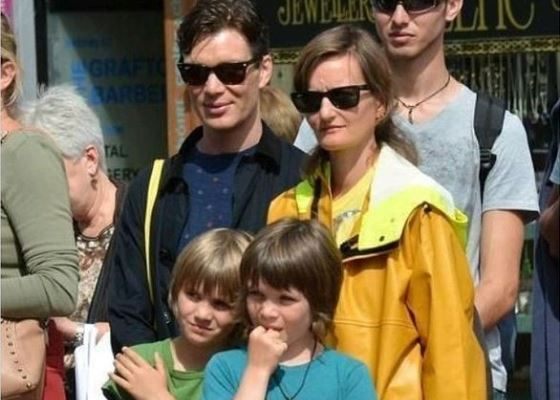 Cillian Murphy with his wife and sons
In 2015 the actor was on the GQ magazine's list of the 50 Most Stylish British Men.

Murphy is an atheist - he admitted this during the filming of the Sunshine sci-fi film.

The actor has been a vegetarian for many years - he came to this decision after learning about the brutal methods of agribusiness. But receiving the role in the Peaky Blinders, he had to eat meat again.

In 2019, the premiere of the spy thriller "Anna" took place. In it, Killian played the role of Lenny Miller. The second part of the thriller "A Quiet Place: Part II", in which Murphy will play the role of Emmett, is also due out in September 2020. The first part of the film with the participation of Emily Blunt and Cillian Murphy was commercially successful, so the second part is very much awaited by both viewers and film critics.

The most Romantic Actor in Hollywood Movies 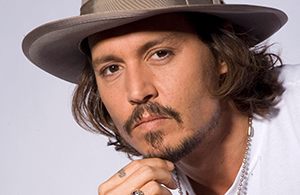 It turns out that there are a lot of real men and real romantics in Hollywood! How nice to see your idols on the screen and watch their relationships... 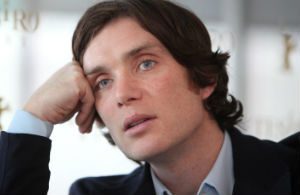 Actor Cillian Murphy has got the third position in the list of actors who may replace Daniel Craig in James Bond film series.

Celebrities with an androgynous physical appearance 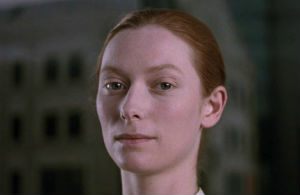 Half a century ago, androgyny was a huge obstacle and setback in people’s lives. Today, on the other hand, it has become a major trend: directors and... 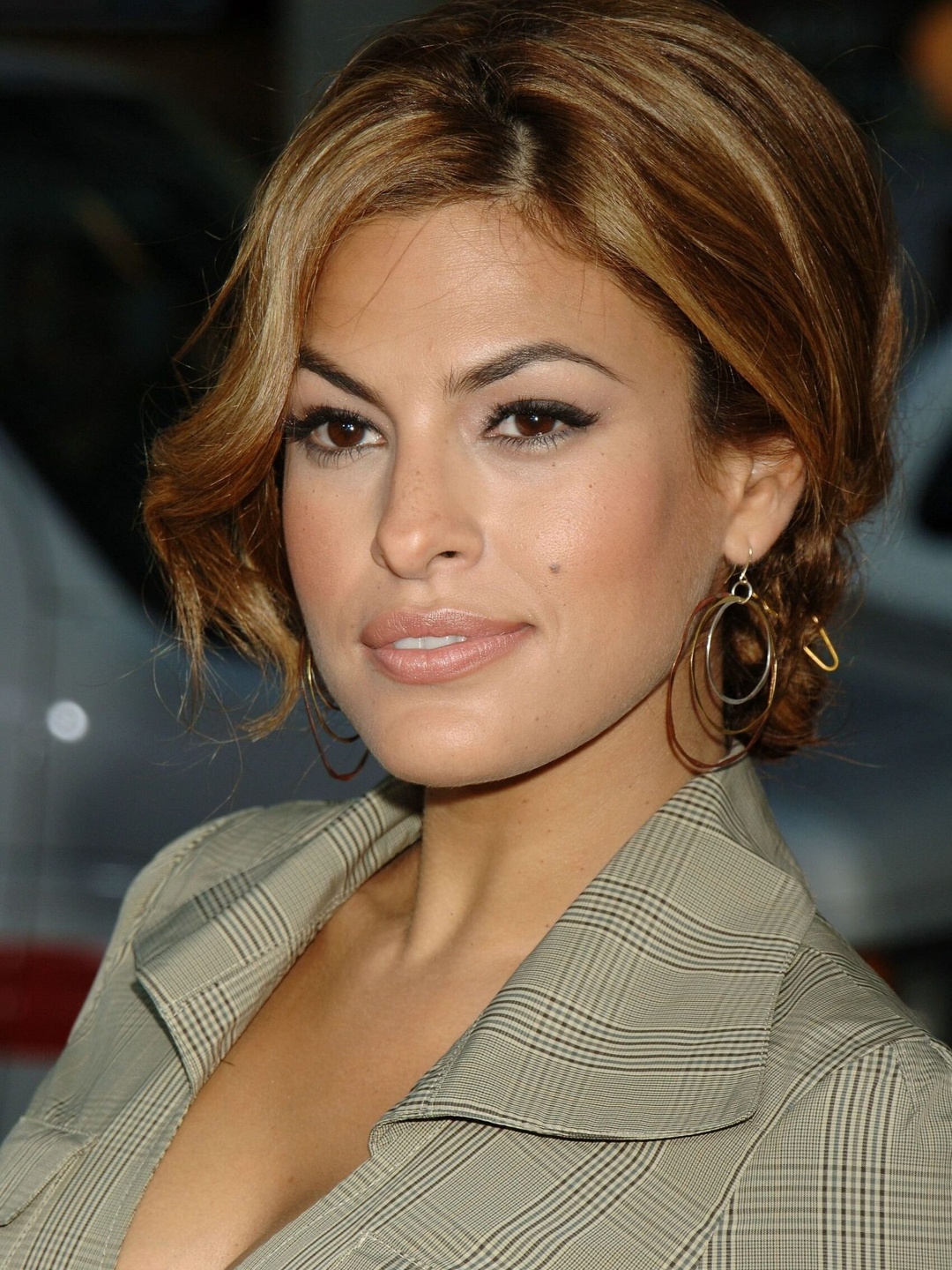