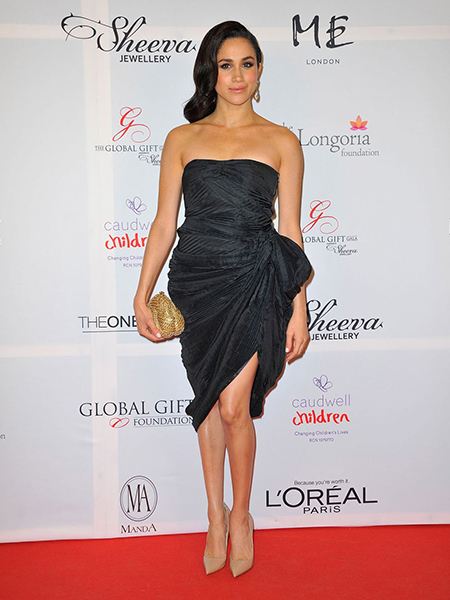 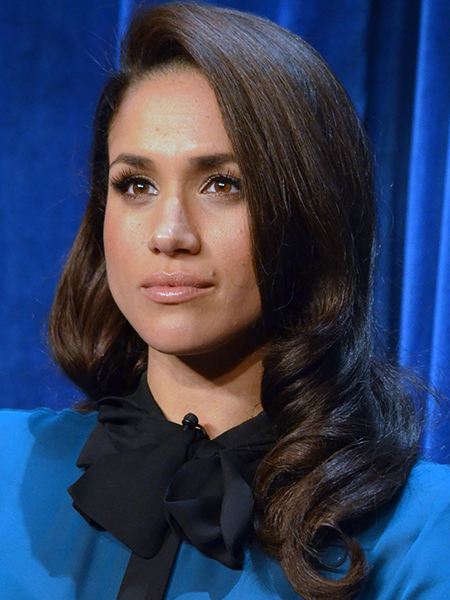 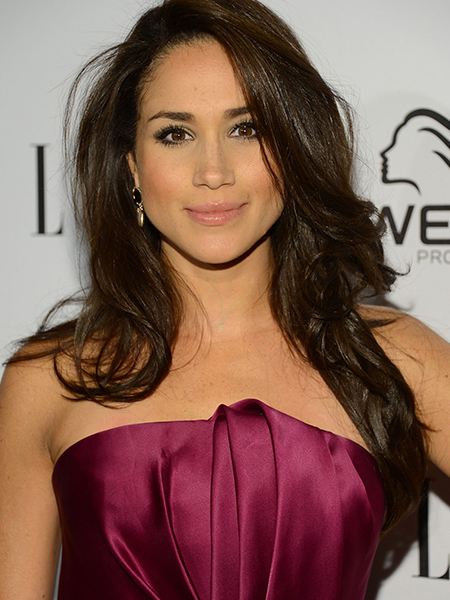 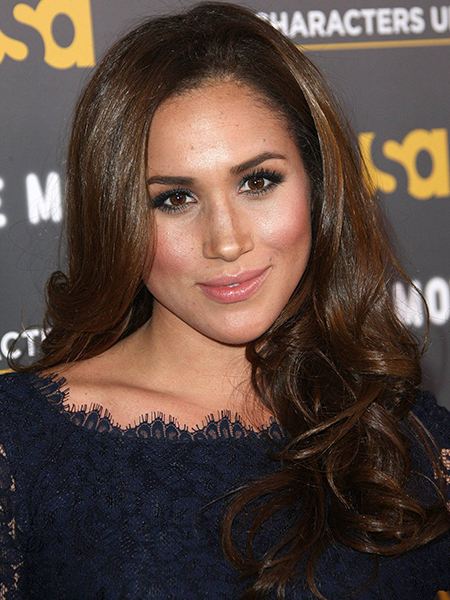 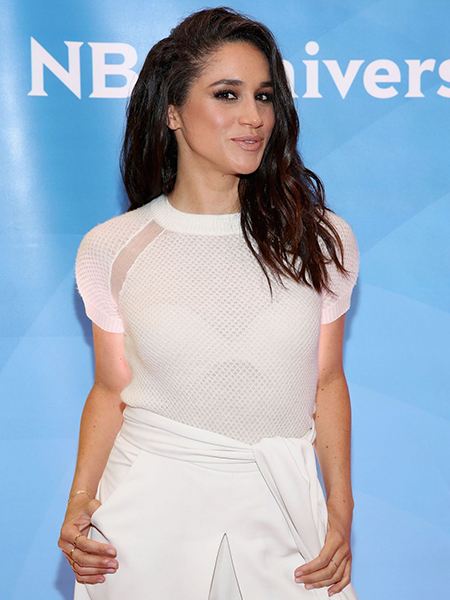 Meghan Markle is an actress of American origin, primarily known for the TV show Suits. She is also the wife and lady of the heart of Prince Harry of Wales. 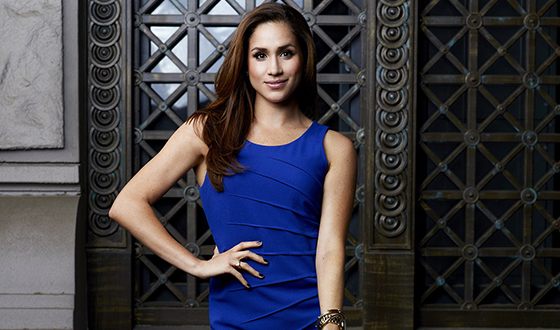 Meghan was born on August 4, 1981, in Los Angeles, into a family of mixed race. Her father, Tom Markle, is an American television director of Dutch and Irish descent, while her mother, Doria Ragland, an African American, is a Master of Social Sciences, who had worked as a yoga instructor and social worker all her life. Meghan also has a half-brother - Thomas - from his father's first marriage. 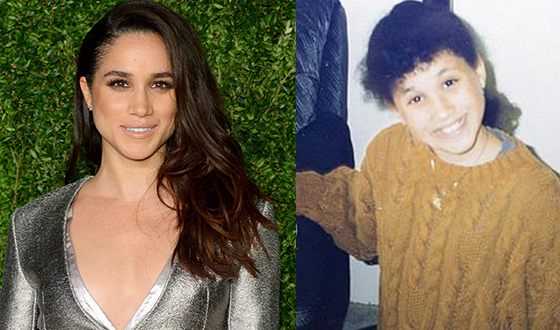 Meghan Markle was born into a mixed-race family
Ever since she was a child, Meghan got acquainted with the inside of the filming process — her father often took her on various TV shows, such as the sitcom Married…with Children. The sweet girl easily made friends with popular actors and celebrities, starting to dream of finding herself in their place someday. Later on, Meghan's parents divorced: her father moved to Mexico, while the girl remained to live with her mother. 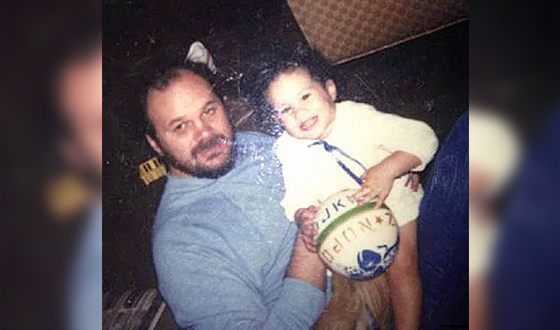 Meghan Markle as a child with her father
Despite her passion for movies and TV shows, Meghan Markle also spent a lot of time studying. Every day she read books and learned something new, and by the age of eleven, she became inspired by feminist ideas. At this age, Meghan also decided to write a letter to Hillary Clinton, who at that time had just become the first lady of the United States. 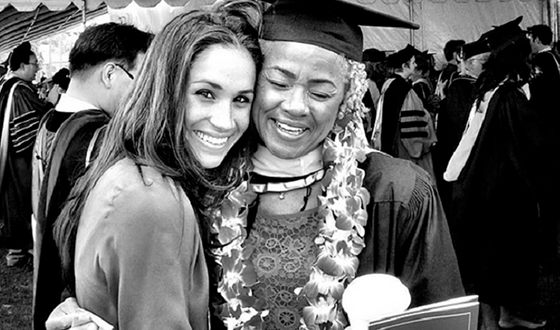 Meghan Markle with her mother
In her message to the first lady, the girl complained about a soap advertisement which was shown on TV in between the episodes of a melodrama. Their manufacturers depicted women as stereotypic maids and cooks, who were meant to spend all their time washing dishes. When Hillary received the letter, a serious scandal broke out in the media, and the commercial was taken off the air.

As a daughter of wealthy parents, Markle had been studying in elite private schools since the age of five with the children of numerous Hollywood stars. After graduation, she could not decide on a major, torn between a career in television and politics. 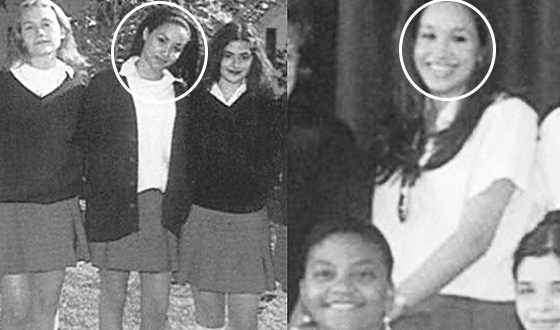 Meghan Markle’s school years
Enrolling in the California branch of the American Northwestern University, Meghan decided not to miss any opportunities and received two undergraduate degrees at once - in Acting and International Relations.

After graduating in 2003, Meghan did a short internship at the American Embassy in Buenos Aires, where she served as director of public relations. After that, she decided to try herself as an actress. 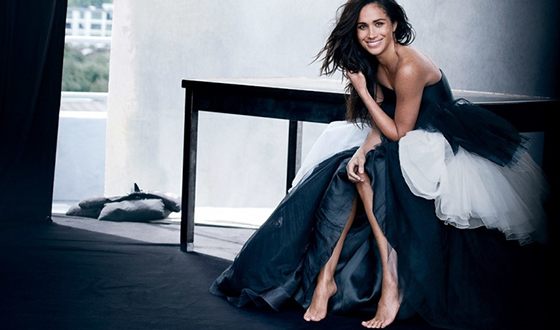 Meghan Markle decided to try herself as an actress
She did not become a successful actress right away; in between the rare episodic roles in TV series (CIS: NY, General Hospital, 90210) she had to work as a model, a restaurant hostess, and even a calligrapher. Everything changed in 2011 when she successfully passed the casting for the leading role in the serial comedy-drama Suits. Her character is Rachel Zane, an employee of the Pearson-Hardman law firm.
Meghan Markle in TV show Suits
The series about the legal practice of a dazzling tandem consisting of a brilliant lawyer and a gifted ex-criminal has become tremendously popular and brought the attractive mulatto actress world fame. Continuing to play in further seasons of Suits, Meghan also appeared on the big screen in the melodrama When Sparks Fly, the comedy Dater’s Handbook, as well as in the British crime film Anti-Social.

Shortly after graduating from the university, Meghan began dating the producer Trevor Engelson. In 2011 they were married, but their marriage did not last long - in 2013 the couple divorced. 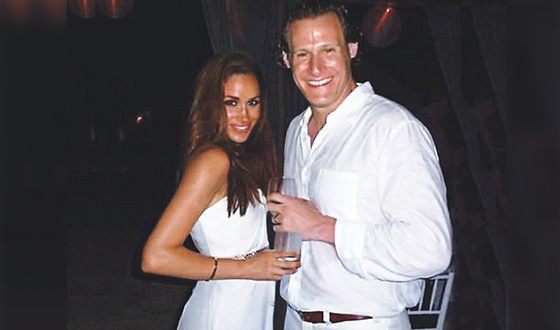 Meghan Markle’s marriage to Trevor Engelson didn’t last too long
In early 2016, rumors spread in the media about the relationship of the actress with Prince Harry of Wales. In September 2017, this information was officially confirmed: the lovers first appeared together at the Invictus Games in Toronto. 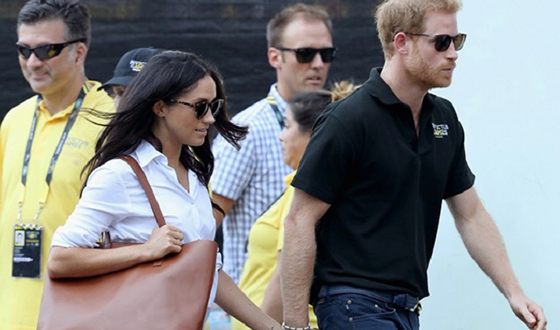 Rumours about Meghan Markle dating Prince came up in the beginning of 2016
Two months later, Buckingham Palace made an official statement about the engagement of Prince Harry. Meghan met the royal family, and Queen Elizabeth II gave the young couple her blessing for the wedding. The happy couple had the marriage ceremony in May 2018. 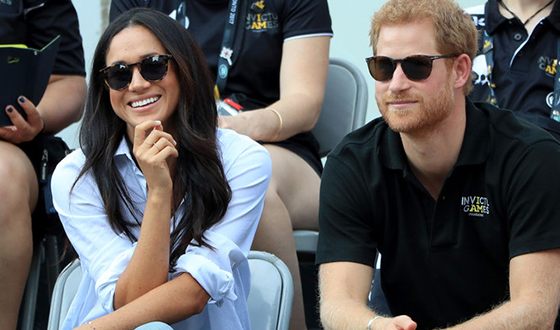 Meghan Markle and Prince Harry
Many were curious about how Meghan Markle met Prince Harry. {cite #We were introduced by a mutual friend - he set us up for a blind date. Then we met again in London and went on a double date. And then I immediately began to think about how to set up a third meeting, the prince recalls. #}

The wedding of Meghan Markle and Prince Harry

For Meghan Markle, the beginning of 2018 had passed under the auspices of the preparation for the wedding. Before the ceremony, she changed her faith (abandoned Protestantism in favor of the Anglican Church) and received British citizenship. After the wedding, the lovers were planning to settle in the royal residence in Nottingham.
The first interview of Prince Harry and Meghan Markle
On May 19, 2018, thousands of people around the world watched the royal wedding. The first African American princess!, - rejoiced the residents of the States. Meghan Markle’s dress was executed by the artistic director of Givenchy fashion house Claire Waight Keller. The image of the bride was laconic, with a minimum of jewelry: stud earrings and a Cartier bracelet, as well as a 1932 tiara, which Queen Elizabeth II had lent to Meghan. The outfit of the groom was traditional - Guards regiment uniform. 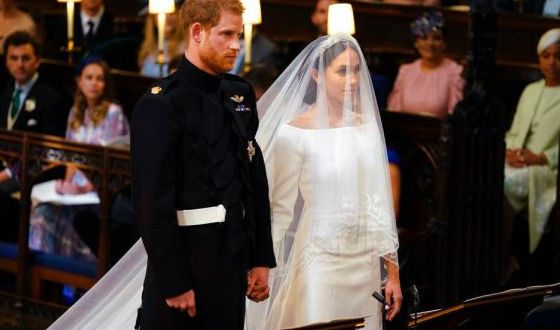 Wedding outfits of Meghan Markle and Prince Harry
By royal standards, the wedding turned out to be modest: only 600 guests were invited, with neither politicians, nor foreign persons of royal blood, and even the celebrities were few. The newlyweds were honored by the presence of the Beckham couple, Oprah Winfrey, George Clooney and Idris Elba. Prime Minister Teresa May wasn’t invited to the wedding (she congratulated the newlyweds on Twitter). 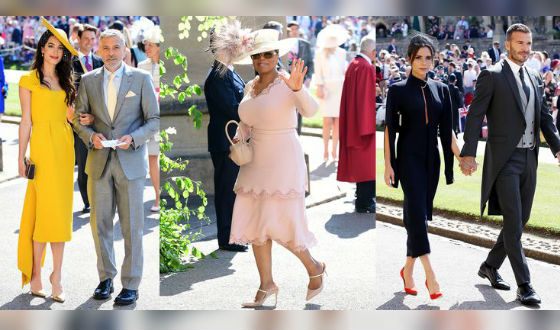 Celebrities at Meghan Markle’s wedding
At the same time, those wishing to see the ceremony at least out of the corner of their eye were more than enough - more than 100 thousand people gathered at Windsor Castle, and many took places closer to the road a few days in advance. But the bride's father could not attend the most important day of his daughter’s life - he had to undergo urgent heart surgery. 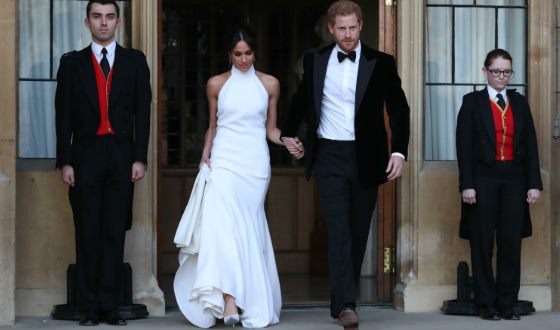 The royal wedding in numbers

A few months after the wedding of Prince Harry and Meghan Markle The royal family shared the good news - the Duchess of Sussex is expecting a child. Archie Mountbatten-Windsor was born on May 6, 2019. It is known that parents abandoned the courtesy title (Earl of Dumbarton), so they called their son a fairly common name. In 2020, Megan and Prince Harry announced that they were resigning their royal powers, for which they received condemnation from the media and the British people. The final demarcation of the royal family took place in March 2020. In the same year, information appeared that ex-members of the royal family had left to live in California. 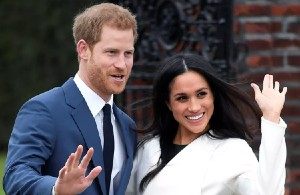 As it turned out, the Duchess will soon give birth to her second child, which was officially confirmed. This was reported by the couple's press...
2
185
Read more
Meghan Markle and prince Harry were forced to show their son 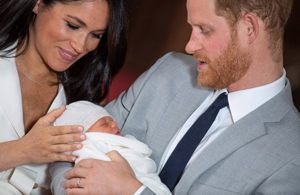