Winona Laura Ryder is an unorthodox American actress, rose to popularity in the late 80-s. Throughout her career, she worked with such established directors as Tim Burton (Beetlejuice, Edward Scissorhands), Martin Scorsese (The Age of Innocence), Jim Jarmusch (Night on Earth) and Francis Ford Coppola (Bram Stoker’s Dracula). She also starred in multiple independent and art-house films including Heathers, Great Balls of Fire! and A Scanner Darkly, along with psychological drama Girl, Interrupted. American sci-fi horror series Stranger Things is Ryder’s latest and one of the most hyped projects.

Winona Rider was born as Winona Laura Horowitz on October 29, 1971, in Olmstead County, Minnesota. She got such an unusual name in honor of a city Winona, right nearby her place of birth. Her parents, Michael D. Horowitz and Cynthia Palmer (nee Istas) were descendants from Russian and Romanian Jews. Her fathers’ family originally was named Tomchin but took the surname Horowitz after they moved to States. Winona has a younger brother Urie, named after the first Soviet cosmonaut Yuri Gagarin, and two half-siblings from her mother’s first marriage: sister Sunyata Palmer and brother Jubal Palmer.

Winona’s parents earned their living through writing and publishing and were pretty open and adventurous in nature. Her father was an avid collector of antique books and had an impressive exposition of psychedelic literature. Timothy Leary, a world-famous philosopher, psychologist, and psychedelic researcher, was Winona’s godfather. Amongst Horowitz’s family friends were many hipsters and beatnik poets, including Allen Ginsberg. Her middle name, Laura, future actress was given in honor of Laura Huxley, a wife of their close friend and famous writer Aldous Huxley. Winona’s mother was a Buddhist and her father was an atheist, however, there were no religious conflicts in their family since parents wanted children to have an open mind and develop their own belief systems. For a long time, Winona’s parents lived together in civil marriage and registered officially only when their daughter turned 11 years old. They moved around the country a lot, never staying in one place for a long time; they lived in Columbia County, in Mendocino, California, and later moved to Elk, California where they lived in a remote commune called Rainbow along with seven other families. Living in a country, they had no electricity and television (but had grassland for horses), so Ryder had to devote most of her free time to reading. Her favorite book in childhood was J. D. Salinger’s The Catcher in the Rye. In 1981 they moved to Petaluma, California, where young Winona went to school. During her first week at a new school, she was bullied by local children who mistook her, shorthaired and dressed in well-worn Salvation Army’s uniform, for a boy. After the incident, Winona’s parents switched her to home-school education. When Ryder turned 12 she enrolled in American Conservatory Theatre in San Francisco, where she started to take her first acting lessons. When the young actress was twelve, she almost drowned and, after this traumatic incident, developed a case of aquaphobia. According to Winona, this condition caused a heap of problems later on, during the filming of Alien Resurrection (1997), where they had to reshoot underwater scenes multiple times.

Hyped and revered series "Stranger Things", premiered on Netflix in 2016, starring young actors Finn Wolfhard and Millie Bobby Brown is the most important and influential of her latest works. Ryder portrays Joyce Byers, mother of suddenly disappeared boy. While the police are struggling to find a missing child, Joyce realizes that her son is making attempts to contact her from the other world. Viewers unanimously agreed on the opinion that thanks to her portrayal of a woman, destroyed by grief and balancing on the edge of insanity, she re-established herself as a world-class actress and series frontrunner. Another of Winona’s last projects is the 2018 American romantic comedy Destination Wedding; the actress was cast as a Lindsay, cynical and bitter girl, found herself falling in love with Frank, portrayed by Keanu Reeves.

In 1989 18 years old Winona started her relationship with Johnny Depp. Despite her liberal upbringing, Depp was the first serious passion in her life. Every single tabloid and media outlet was following the love story of two-star actors, only magnified by the fact that Depp was well known as a very eccentric and flamboyant person and was older than Ryder for nearly 10 years. Only two months after they officially announced their relationship, Depp had proposed Winona. As if it wasn’t enough, he made a tattoo saying Winona Forever on his arm. Unfortunately, close press attention made it more foul than good for a young couple. Tabloids were bursting with false reports claiming that actors weren’t faithful to each other; that obviously put a strand on their family. At last, during her work on Bram Stoker’s Dracula, Winona broke up with Depp. Falling out was not easy for both parties; Depp coped with their separation by telling every single outlet that he clearly had mistaken being in love with Winona for true love. They were able to remain friends after the divorce and supported each other throughout the years. When Johnny Depp was accused of domestic violence towards Amber Heard back in 2016, Winona was the first to defend her ex-husband; she claimed that: I only know him as a really good, loving, caring guy who is very, very protective of the people that he loves. In 1993, on MTV Live show Winona met Dave Pirner, frontman of Soul Asylum band. They immediately fell in love with each other, although managed to keep their romance away from the press. They happily lived together for over three years, and the cause of them falling out remains unclear up to this day. In 1997 actress attended New Year’s party organized by Gwyneth Paltrow, where she met another up and coming star - Matt Damon. A year later the couple started to live together. Most watchful fans spotted the luxurious ring on actress ring finger; that could mean only one thing – Damon and Ryder were engaged. However, at the beginning of 2000 Winona started to suspect Damon having an affair with Penelope Cruz. Rumors were proven to be true and Matt Damon joined the ever-growing army of Winona’s ex-boyfriends. Later on, the actress was spotted with Mark Wahlberg (at the same time, the press actively speculated that this relationship was only a distraction to the fact that Winona changed her preference in favor of women).
Infamous kiss between Winona Ryder and Jennifer Aniston in Friends
December 12, 2001, was the day Ryder’s life and career went downhill: she was caught shoplifting with more than 4500$ worth stolen clothes and accessories found in her bags. Right after the incident, Winona claimed that it was not actually a crime, but a preparation for her next role (she never specified what role she was talking about) and was instructed to conduct a crime by her director. During the search of her handbag, police found oxycodone pills – strong painkiller, without prescription. Trials lasted for over two years and led to actress being sentenced for three years of probation, a huge fine, and 480 hours of community service, despite the fact that many experts considered this case to be unnecessary bloated and unreasonable.
Winona Ryder’s shoplifting incident
Due to the trial and media attention actress started to rarely appear in public and her career started to diminish. She started to be noticed again only around 2006 along with Rilo Kiley guitarist Blake Sennett. After that, she was also spotted with Pete Yorn, Conor Oberst, and Henry Alex Rubin. The actress has been in a relationship with fashion designer Scott Mackinley Hahn since 2011, with press reporting that the couple planning their marriage in the near future.

Winona continues to work in the movie industry. In 2019, the premiere of the mini-series "The Plot Against America" in the thriller genre took place. In it, Winona Ryder starred Evelyn Finkel. Also in 2020, Winona was busy filming Bram Stoker's Dracula, where Keanu Reeves became her partner on the set. The director of the long-awaited picture was Francis Ford Coppola.
ZoomBoola.com

Why Johnny Depp will be able to prove the violence by Amber Heard? 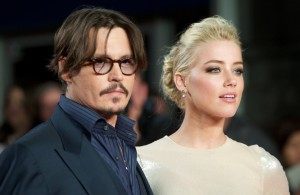 The conflict that took place between Johnny Depp and Amber Heard in the spring of 2020 were widely publicized. During the breakup, the ex-spouse...
4
162
Read more
Life stories