Holt McCallany is well-known for being a responsible and hard-working actor, able to take on any role. Even though he doesn’t have that many leading roles to boast about, he’s one of America’s favorites. He’s famous for his roles in Fight Club, Below, and the series Mindhunter. Net worth: $3 million. 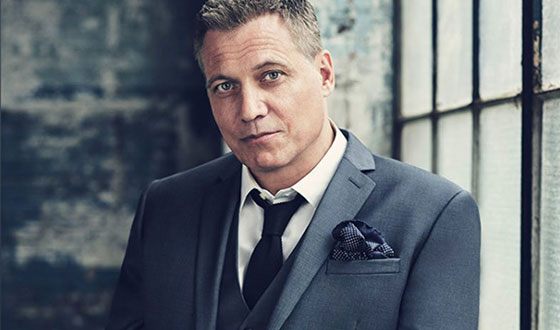 The actor was born on September 3, 1963, in New York, in the family of singer and Miss Nebraska - Julie May Wilson and Irish actor and producer - Michael McAloney.

McAloney was quite the tyrant. He insisted that Holt and his younger brother Michael be sent to Dublin so they could get the best European education. The boys lived with their father’s distant relatives and they didn’t enjoy their stay at all – let’s just say their Irish relatives weren’t too lenient. 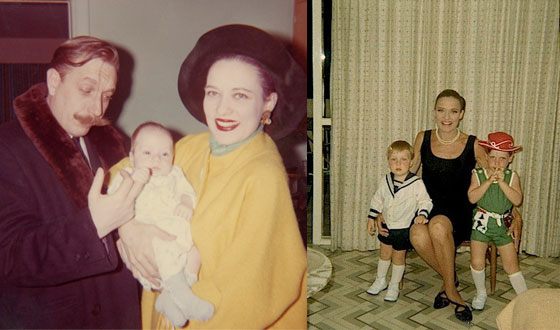 Holt McCallany in his childhood with his parents and brother
In 1969, Julie divorced McAloney and took the boys back to America; however, life still didn’t get any better. At the beginning of the 80s, Julie’s career went downhill and she was always on the run looking for a job and another husband, and her parents looked after her sons in Omaha.

Life with his grandparents, which were quite the religious fanatics, was supposed to teach Holt how to be a humble Christian, however, it only made him a rebel and he was expelled from school.

At the age of 14, Holt ran to Los Angeles in order to become an actor, but his parents tracked him down. Actually, they didn’t find him on a shooting set of a cool Western movie, but at a factory where he was working as an unskilled laborer. As punishment, Holt was sent back to Ireland, but this time, they sent him to a boys’ boarding school in County Kildare.

Following his time at the boarding school, Holt went to French for college and studied at Sorbonne, and then, finally, he enrolled at the L’Ecole Jacques Lecoq (Jacques Lecoq School), but soon enough decided to move to England. He didn’t stay that long in Oxford either and in 1985 he returned to the US.

In his homeland, he was a student at the theater in Cleveland, and in 1987, he went to New York where he got his first movie role. McCallany’s debut was an episodic role in one of the scenes of the comedy-drama Biloxi Blues, where Matthew Broderick, Casey Siemaszko, and Christopher Walken starred. 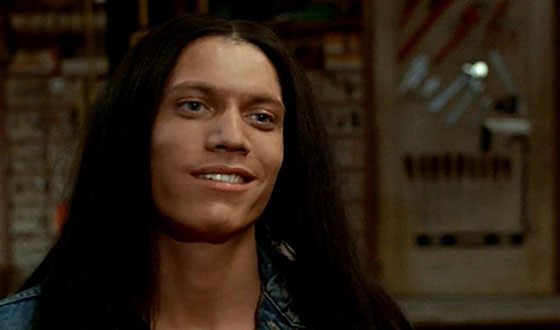 Holt McCallany in the movie Creepshow 2
According to Zoomboola.com, from 1987 to 1994, the actor managed to appear in over ten movies, and despite the fact that none of those were lead roles, his well-built physique and green eyes could never go unnoticed. Among the more famous works of this period, we can find Creepshow 2, Casualties of War, and Alien 3. 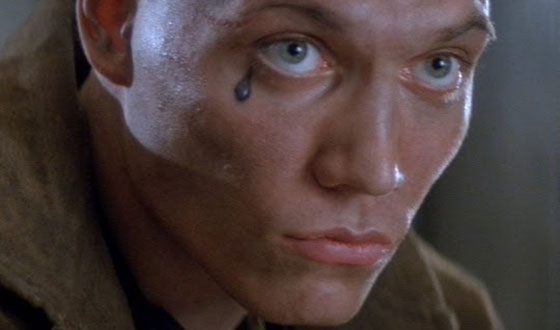 Holt McCallany in Alien 3
In 1994, Holt played one of the main roles in the comedy The Search for One-Eye Jimmy. He got the role of Les, who came back to native Brooklyn in order to shoot a movie, but instead, he joined a group of crazy people to help them to find a similar nutjob named Jimmy (portrayed by Sam Rockwell). The other people of this crazy neighborhood were portrayed by Steve Buscemi and Samuel L. Jackson.

In the biographical drama Tyson, the actor played the boxer’s first trainer, the legendary Teddy Atlas, and was remarked by his raw performance, which perfectly encompassed his character’s true nature. Michael Jai White played the role of Tyson. 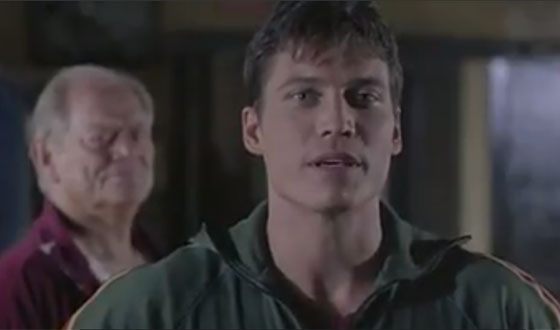 Holt McCallany in the movie Tyson
In the masterpiece Fight Club, which was released in 1999, as it’s well-known, there was no such thing as a random character. Even though the lead roles were played by Edward Norton and Brad Pitt, the rest of the heroes are just as remarkable. Among this one stood out – the mechanic – who was played by Holt. 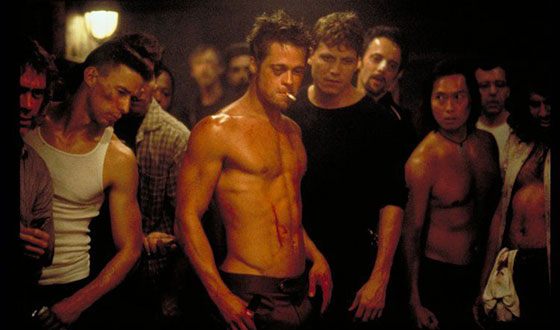 A still from Fight Club
From 2003 to 2005, the actor played in the CSI: Miami series as detective Hagen, who committed suicide due to mental trauma. In 2006, Holt had a role in one of the tensest episodes of Criminal Minds, and he made several appearances in Law and Order in 2006, 2008, and 2012.

In the 2002 thriller-detective Below, telling the story of the mystical circumstances on a submarine, Holt played one of the members of the crew, and the roles of the other submariners were played by Bruce Greenwood and Scott Foley. 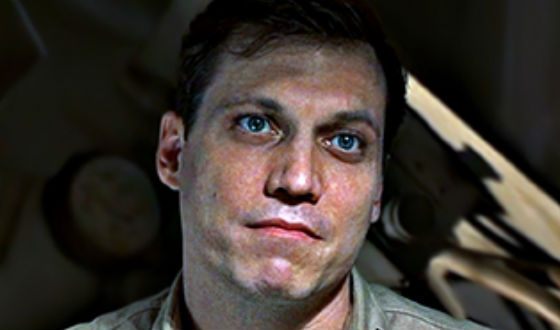 A still from Below
In 2008, the actor played detective Matthews in the drama mystery Vantage Point, and in the 2010 thriller drama The Losers, Holt portrayed one of the special unit agents, co-starring with Jeffrey Dean Morgan and Idris Elba.

He co-starred with Sylvester Stallone in 2012 in Bullet to the Head, together with Jason Momoa and Christian Slater. 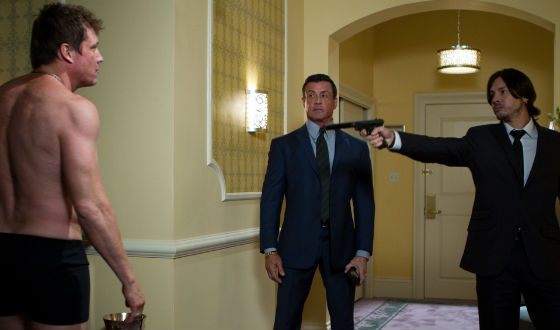 A still from Bullet to the Head
In the 2013 glamorous thriller Gangster Squad, McCallany joined the acting crew alongside Sean Penn and Ryan Gosling, playing the role of Karl Lennox. 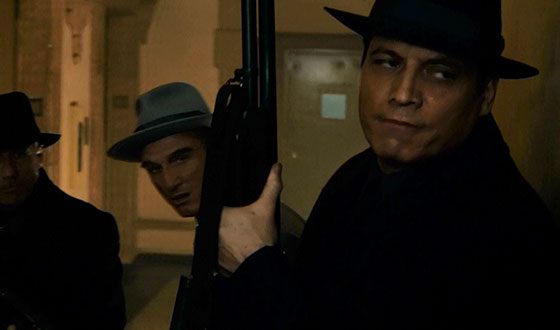 Holt McCallany in Gangster Squad
In 2015, Holt played the role of a high official in the thriller Blackhat, telling the story of how the authorities are attempting to prevent a cyber-attack aimed at the US economy. Chris Hemsworth also played in the movie.

The same year, the actor played a police inspector in the drama thriller The Perfect Guy, as well as the role of one of the passengers in Sully: Miracle on the Hudson, directed by Clint Eastwood.

In the drama thriller released in 2017, Shot Caller, telling the story of Jacob Harlon, who, being in the wrong place at the wrong time, got in prison. Holt played the role of the criminal kingpin Jerry The Beast Manning, the antagonist of Nikolaj Coster-Waldau’s hero, 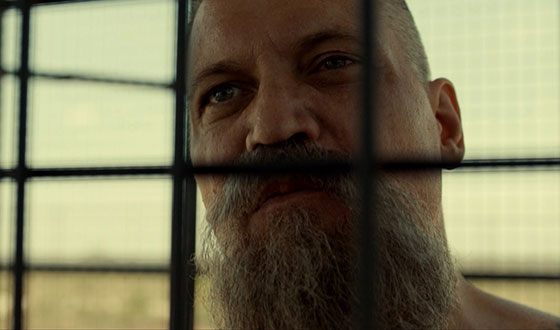 Holt McCallany in Shot Caller
In the highly expected movie of 2017, Justice League, Holt got the dull role of a thief, something that his fans were very unhappy about. The superheroes were played by Ben Affleck, Gal Gadot, the most handsome man according to TC CANDLER, Jason Momoa, playing the trident-wielding Aquaman, as well as Ciarán Hinds and Jeremy Irons.

In the 2018 Netflix series Mindhunter, Holt got a lead role, playing detective Bill Tench, who’s investigating a series of murders in the US in the 70s.
Holt McCallany in the series Mindhunter
In 2018, the shooting for the fantasy thriller Beyond White Space, where McCallany plays the lead role, came to an end. The critics flagged this movie as being an adult fiction for adult viewers, brilliantly shot, without too many effects. He co-starred with Dave Sheridan, Kodi Kitchen, and Zulay Henao. 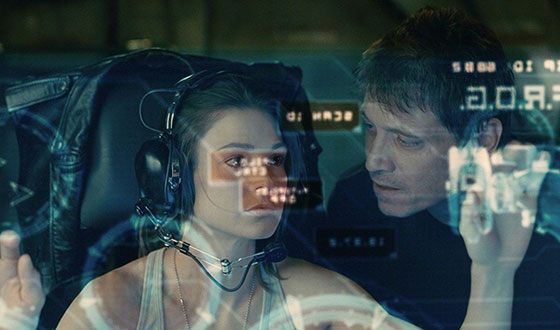 Holt McCallany in Beyond White Space

Having famous parents, Holt McCallany leads a secluded life. It’s known that from 2005 he’s been in a relationship with artist Nicole Wilson, and his name surfaces in the press only when it comes to charity. 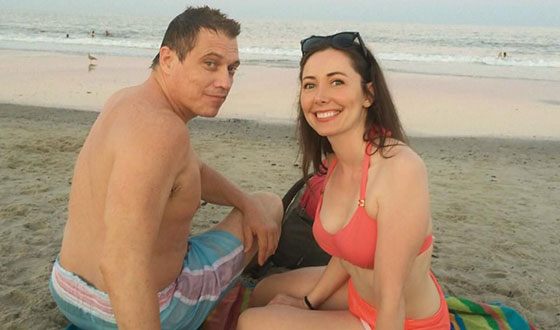 Holt McCallany and his girlfriend – Nicole Wilson
The actor supports several charity funds, which help families in need, sick children, as well as teenagers who were labeled by society as being ‘difficult’.

His younger brother Michael was a professional boxer and passed away in his sleep in 1991.

In 2020, the premiere of Greenland's film about the impending end of the world is due. In it, Holt will play the role of the co-pilot. The films The Ice Road and Cash Track are also in production - in these films, McCalanny has cameo roles, and the films are scheduled to premiere in 2021.