Main page
Celebrity News
Fans are worried about Millie Bobby Brown
Discuss
Fans of a very young American actress Millie Bobbi Brown (she is only 13 years old) are worried about the future of their favorite. Brown, who played in the TV series «Stranger Things» a girl named Eleven, suddenly became a big star.

As often happens in same situations, a teenage girl comes out on a red carpet with carefully applied makeup and grown-up clothing. In this regard, the society perceives her not as a child (who she actually is), but as a small adult woman. 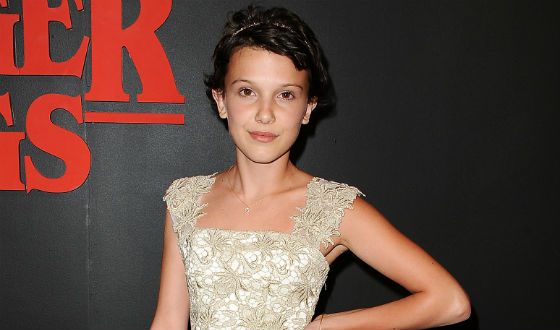 Millie Bobby Brown looks older than her age in makeup
In the film and fashion industry, this illusion often plays a dirty trick with young celebrities. In particular, fame and attitude as an adult, almost got killed another celebrity in childhood – Drew Barrymore. In her teenage life was everything: alcohol, drugs and parties. Thanks to some miracle, actress managed to get out of this. Now 13-year-old Millie Bobby Brown, in her fans' opinion, runs the risk of repeating Barrymore fate if there are no careful and attentive adults near her (it should be noted, this doesn’t always work: for example, Daniel Radcliffe and Emma Watson worked together in "Harry Potter", but Radcliffe didn’t avoid the temptations and Watson grew up as a confident and strong "good girl").