Main page
Celebrity News
Raising with expensive gifts: how does a life of luxury affect children of celebrities?
Discuss
In July 2020, the daughter of hip-hop artists Cardi B and Offset celebrated her second birthday. The baby received a Birkin bag as a gift, the cost of which, according to various estimates, can reach several hundred thousand dollars.

The subscribers of the star couple were furious and split into two camps. Some of them were simply jealous of little Kulture, who has had branded items since the age of two, while others found such expensive gifts unacceptable for a small child. 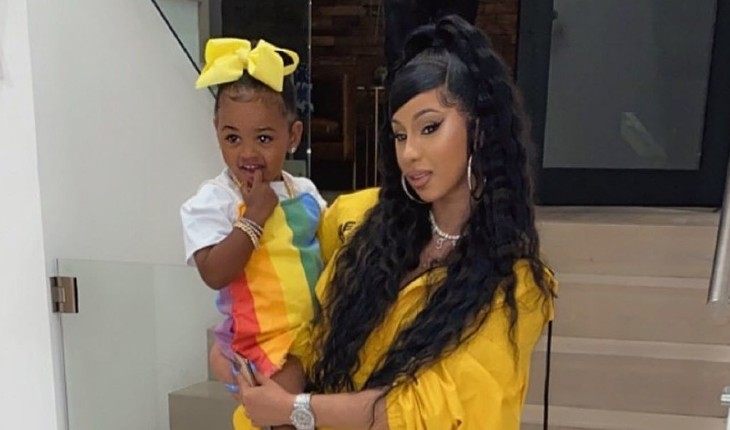 Cardi B's daughter received a gift for several hundred thousand dollars
Cardi defended her child, explaining that she, as a mother, cannot allow her daughter to appear at social events even at 2 years old, not matching her. That is why she supported this gift initiative. Cardi B may be right, but how does the glamorous life in palaces affect children in general?

Living in luxury is not always a sentence for children. Despite the fact that the daughter of Tom Cruise and Katie Holmes, Suri, grow up in the richest atmosphere, she managed to develop an amazing sense of taste - the girl wears strict clothes and heels since childhood, and at the age of 7 she already came up with her first collection of clothes. A similar story happened with Kylie Jenner, who grew up in a stellar family. Despite the capital already available to the family, the girl went further and created her own line of cosmetics, earning her millions before she was 20. By the way, thanks to the efforts of Madonna and her daughter Lourdes, she also grew up quite collected and serious - despite expensive gifts and luxurious life, her mother forbade the girl from dating boys under 18, eating in fast food and television. However, unlike previous heroes, Madonna's daughter preferred a less public lifestyle, so almost nothing is heard about Lourdes. However, there are many more examples in show business when parental wealth has badly influenced children and spoiled them - children of celebrities, who grew up in luxury and permissiveness, have become pretty brawlers. So, for example, it happened with the son of Nicolas Cage, Weston. The young man is very fond of starting fights, and by the age of 29, he got married already three times. An equally problematic child was the son of Robert Downey Jr., Indio, who at the age of 20 was prosecuted for the preservation of cocaine. With Kelly Osbourne, the famous father also had a hard time - the girl was too often addicted to alcohol and drugs. Obviously, this is not only about expensive gifts and the size of family castles - but parenting approaches are also very important. One can only guess how the little children of celebrities will grow up, but you can look at the already adult offspring of Hollywood stars in our photo selection.

Steve Buscemi in his teens
5.5

Jason Mewes where is he now
4.1