Main page
Celebrity News
A «Star Wars» actress has to confront with cyberbullying
Discuss
American actress with Asian roots Kelly Marie Tran has deleted all posts from her Instagram because of haters.

After «Star Wars: Episode VIII - The Last Jedi» premiere angry fans of the space saga fell upon the girl. In that movie Kelly has played Rose Tico, a worker from Resistant. Some of «Star Wars» fans decided that her character has been added only by reason of modern trends, without background rationale. Young actress was faced with sexist and racist comments and deleted her Instagram page. 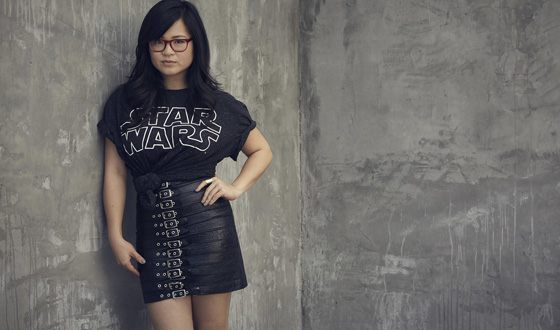 Kelly Marie Tran
Kelly’s parents are refugee migrants from Vietnam. In new place they worked hard – he worked at a fast-food restaurant and she worked at a funeral home. Kelly has started from small parts before getting her character in «Star Wars».

Noomi Rapace where does she live
5.1

Jim Parsons where did he study
5.4

Shia LaBeouf in his teens
5.5