Main page
Celebrity News
What does the youngest daughter of the scandalous Pitt and Jolie look like
Discuss (1)
The husband decided to remember the old offense, and while Brad Pitt is riding around the world as part of the "Faster than a Bullet" promo tour, Angelina spends every free minute with the children.

Angelina Jolie and Brad Pitt are shaking "dirty laundry" again. Six years have passed since their breakup, they still continue to sort things out. While journalists reveal new details of the scandalous breakup, Angelina and Brad are engaged in slowly doing their business. She spends time with the children, and he rides around the world as part of the "Faster than a Bullet" promo tour.

Judging by the photos that constantly appear on the Web, the actress spends every free minute with her offspring. The day before, she went to the theater with her youngest daughter Vivien. 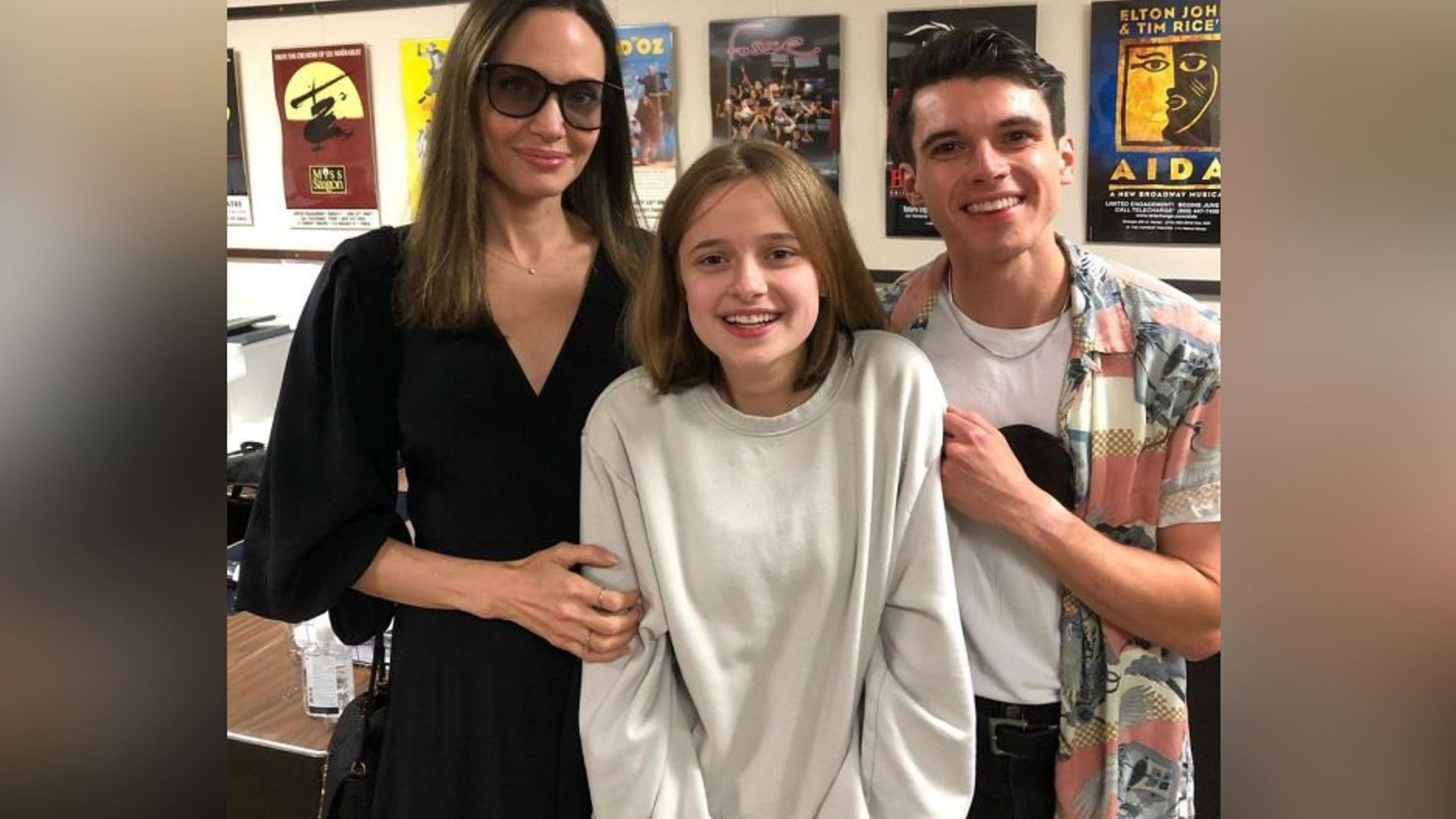 Angelina Jolie and ner daughter Vivien
Angelina and her heiress watched the musical "Dear Evan Hansen", and after the performance went backstage, where they talked with the actors in an informal atmosphere. By the way, Vivien has already visited the production twice. Zoomboola.com reminds that Brad Pete shares five children with Jolie, for whom the "Fight Club" star recently received joint custody: these are Pax, Zahara, Shiloh and twins Vivienne and Knox. The ex-lovers also have a 21-year-old son Maddox.

Channing Tatum does he have a wife
6.0