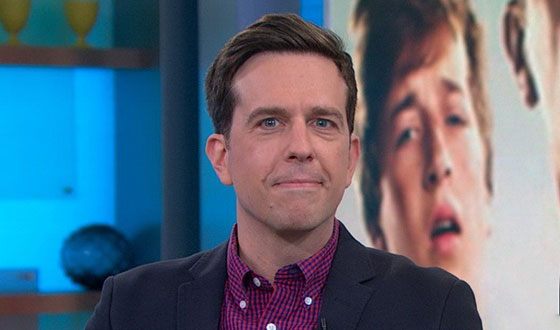 Edward Paul Ed Helms was born in Atlanta, the capital of Georgia, USA, on January 24, 1974. His father, John A. Helms, was a lawyer, insurance executive, and Navy veteran. His mother, Pamela Ann Parker, was a school administrator. Ed is the youngest of three children in the Helms family. He has a sister, Susan Carol Helms, and a brother, Paxton Helms, who works as a geography teacher at a high school in Virginia. In one interview, Ed said that he had open-heart surgery at the age of 13 - the teenager had a severe congenital heart defect. Currently, the actor doesn't have any health problems. 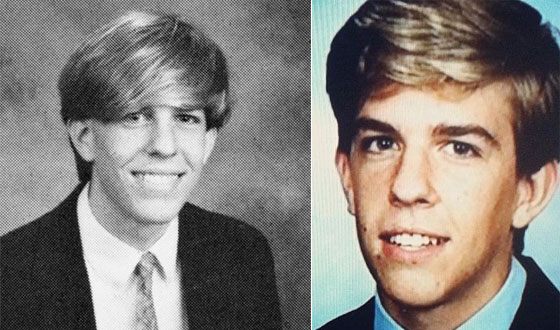 Young Ed Helms
In childhood and adolescence, Ed never thought of becoming an actor. In college, he studied geology just like his brother, Paxton. Study at New York University's Tisch School of the Arts where he studied as an exchange student changed everything. It was when Ed realized what he would want to do in his life.

After college, Ed tried his hand at scriptwriting and acting in comedy groups of New York. He also studied improvisation in the Upright Citizens Brigade. At the same time, Helms worked as an intern editor in Crew Cuts and in a post-production center in New York. One day, the boy was asked to do a voice-over of a few phrases and later he was asked to do a voice-over of the whole text. Colleagues acknowledged his work, and he thought of hiring an agent for the first time. 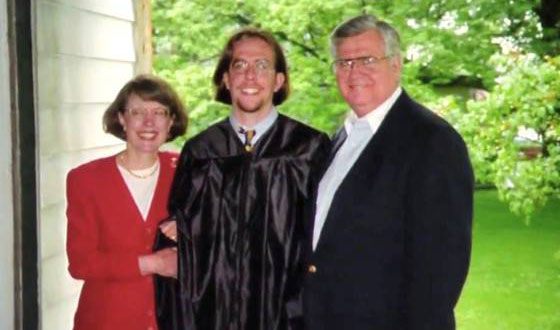 Ed Helms in College
In the early 2000s, Helms became an actor of the satire TV show The Daily Show where he had been working for four years by playing in sketches.

According to Zoomboola.com, in July of 2006, NBC channel announced that Ed had joined the cast of the comedy TV show The Office. The TV show, made in the so-called documentation style, depicts funny and sometimes touching moments of the everyday life of office employees. Steve Carell, Rainn Wilson, John Krasinski, James Spader,Jenna Fischer, and some other actors became Helms' co-stars.
Ed Helms in the TV Show The Office
Ed's character is a graduate student of a prestigious Cornell University, Andy Bernard. He is always friendly to his colleagues, but sometimes his behavior is arrogant and selfish.

He had so much in common with his character, says a screenwriter of the TV show, Paul Lieberstein. I can`t remember the moment they became one.

Ed also confirms his similarity with the character. In one interview, he said that he loves to sing acapella, while Andy Bernard took part in the reality show called America's Next Great A Capella Star, and he was often singing during the show.

The Office became incredibly popular, and in the seventh year of filming, Helms became one of its producers. Undoubtedly, many people watched this TV show, but the film of 2009 The Hangover became the hit of the world.
Ed Helms in The Hangover
The comedy by Todd Phillips is a story of friends who travel to Las Vegas to celebrate a bachelor party. A fun night results in the loss of a fiance - the only thing the friends have to do is to untangle stories they had the night before and find their best friend. Bradley Cooper, Zach Galifianakis, Justin Bartha, and Ed Helms (a boring dentist, Stuart) starred in the film. The actors knew each other a little before the filming, but after two weeks of ongoing work side by side, they became true friends. 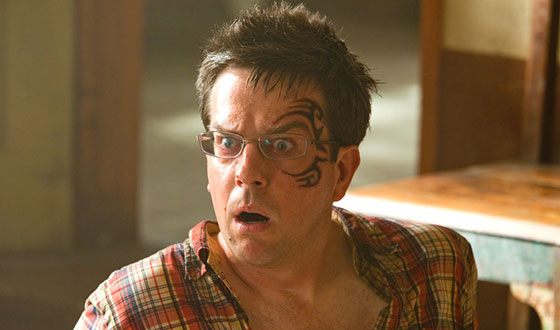 Ed Helm in the Film Follow-Up The Hangover
In the early 2010s, riding on a wave of popularity, Ed Helms was in commercials and music videos of famous musicians and voiced animated films and cartoons. His list includes roles in such popular TV shows as Wilfred (2011), The Mindy Project (2012), Arrested Development (2004 and 2013), etc.

Ed also received invitations to full-length films. For example, in 2013, the actor portrayed a drug lord in the highly appreciated by critics comedy We're the Millers with Jennifer Aniston, Jason Sudeikis, Will Poulter, and Emma Roberts. 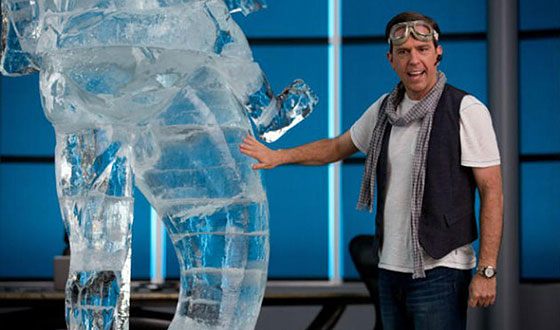 Ed Helms in We're the Millers
In 2015, Ed appeared in the reality show Running Wild with Bear Grylls in which he tried to overcome his fear of heights in the Colorado Mountains. During the same period, the actor starred in the adventure comedy Vacation (film remake of 1983) and in the comedy Love the Coopers with Diane Keaton.
Ed Helms in the comedy Vacation
The year of 2017 brought him a bright role in the comedy Father Figures. In the story, two brothers, Ed Helms and Owen Wilson, try to find their biological father.

A role in the thriller Chappaquiddick literally was his first dramatic work. It's a story that reveals the secrets of the involvement of Ted Kennedy in the car accident with Mary Jo Kopechne. 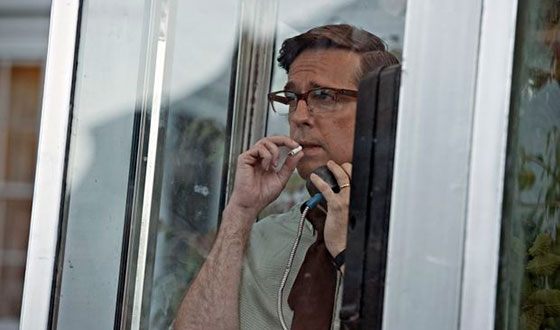 Ed Helms is a pretty good singer and guitar player. He also plays banjo, piano, and a sitar. He actively uses these skills in his profession. Sometimes the artist gives concerts with his band, The Lonesome Trio.

Ed Helms prefers to keep his private life secret. In 2012, he said that he was in a serious relationship but never told the name of his girlfriend. In 2019, there were some rumors about his relationship with Demi Moore, his co-star in the film Corporate Animals. The actors neither proved this information nor disproved it, but pictures speak for themselves. 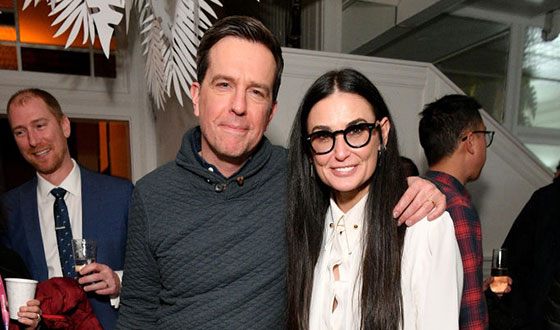 In January of 2019, the American comedy horror Corporate Animals with Demi Moore was presented at the film festival, Sundance Film Festival. She portrayed an egotistical general director of a leading company, providing edible silver. Moore's character leads her staff on a team-building weekend to the New Mexico caves, but after a disaster, they are trapped underground. Ed Helms portrayed one of the characters of the story. Karan Soni and Jessica Williams also appeared in the picture. The picture has a surprise - Britney Spears herself will play in a secret cameo. 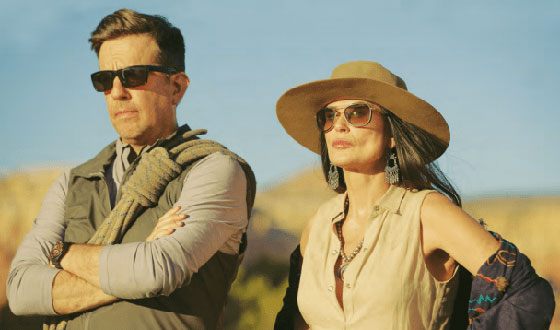 Michelle Rodriguez does she have kids
5.7

Dakota Johnson how old is she
5.9