Main page
Interesting facts
You will be surprised how early these actors and actresses became grandparents
Discuss
Today the age is not a hindrance to the birth of children, that’s why many, including Hollywood stars, decide on their first child at the age of 40. However, there are those among celebrities, who already have the honorary status of grandparents, though not yet fifty. The editors of zoomboola.com recalled those stars who were the first to become the happy grandparents.

Pierce Brosnan became a grandfather early thanks to his adopted daughter Charlotte. The girl was only three years old when Brosnan began dating her mother, Australian actress Cassandra Harris, whom he married in 1980. Pierce officially adopted Charlotte and her brother Christopher after their father passed away and always treated them like his own children. Pierce and Cassandra, who died of ovarian cancer at the age of 41 also have a son named Sean. Brosnan was only 44 years old when Charlotte gave birth to a daughter, Isabel Sophie. A few years later Charlotte gave birth to a son named Lucas, before she died of ovarian cancer, like her mother, at the age of 42.

Jim Carrey is also one of those who were once both a young dad and subsequently a young grandfather. The Canadian actor and comedian welcomed his only child, daughter Jane, when he was only 25 years old. Jane was 22 years old when she and her then husband Alex Santana found out they were expecting a son in 2010. 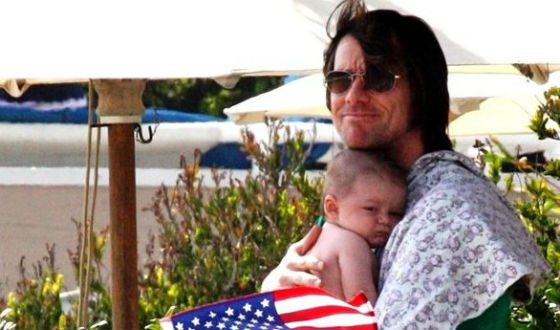 Happy grandfather Jim Carrey
Jackson Riley Santana was born on February 26, 2010, when Jim was only 47 years old. He fully plunged himself into raising his grandson, saying in an interview that being a grandfather is one of his favorite roles.

Whoopi Goldberg is a record holder among all the young grandparents, because her first granddaughter was born when Whoopi was only 34 years old. Goldberg gave birth to her first daughter Alexandria at 18, but Alexandria herself became pregnant when she was only 15 years old. The fact that Goldberg became a grandmother at an age when women only have their first children for the first time is shocking. However, it is even more surprising that Whoopi became a great-grandmother when she was 58 when her granddaughter Amara Sky gave birth to a daughter, Charlie Rose.

Rock superstar Mick Jagger has eight of his own children, so it’s not surprising that he became a grandfather at the age of 50. Jagger’s daughter Jade was the first to gift Sir Mick with granddaughter Assisi. 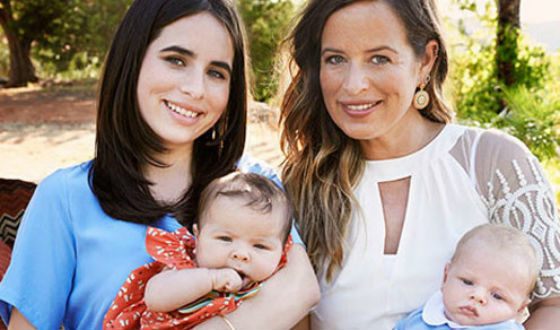 Assisi with her daughter and Jade with her son
Mick is not just a grandfather, he is also a great-grandfather. The Rolling Stones lead singer received the title when granddaughter Assisi gave birth to her first child in 2014. More surprisingly, Mick himself became a father for the eighth time at the age of 73: in 2016, Deveraux Octavian Basil Jagger was born.

James Brolin was only 47 years old when he first became a grandfather. James’s son, no less talented and handsome actor Josh Brolin together with his first wife Alice Adair gave birth to their first child when Josh was only 20 years old. 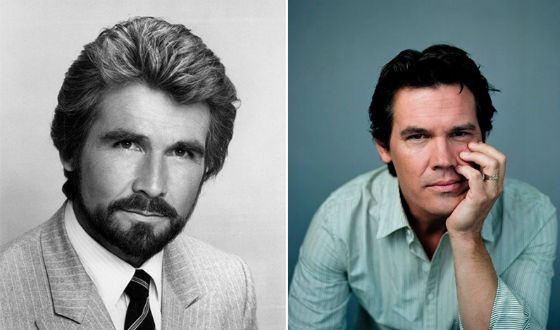 Talented actors James and Josh Brolin
When I became a grandfather, my first reaction was: Don't call me that way! - laughs James. Brolin also said that he was glad to be a young grandfather and wanted to have more time for his grandchildren.

Charlie Sheen also became a grandfather at the age of 47. One of the most famous bad guys in Hollywood and his high school love Paula gave birth to daughter Cassandra when they were both 19. Cassandra was 28 when she became the mother of her first child, daughter Luna in 2013. 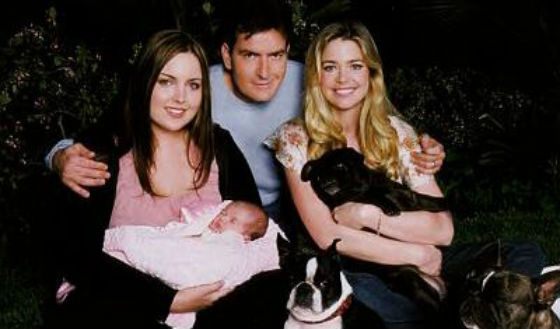 Charlie with his ex-wife Denise Richards, daughter Cassandra and newborn son Sam
Sheen joked on his new title on the David Letterman show when he was asked how he feels in his new role of a grandfather: The world has split into before and after but the sensations are wonderful. True, its not so easy to accept your new title.

Despite stereotypes about rappers' bad behavior, Snoop Dogg is an exemplary family man. He met his future wife Shante Taylor at school and the couple is still together. Three children were born in the marriage, the first of whom, son Cordé was born in 1994. In the early 2000s there was a discord between the couple: Snoop and Shante even broke for a while but the birth of a grandson in 2008 reconciled the loved ones. The rapper was then 44.

Megan Fox where does she live
5.8