Main page
Interesting facts
Stars who are banned from other countries
Discuss (1)
2
Every famous person has not only his own army of fans, but also many enemies. It is understandable, creativity must not be liked by everyone. And what if the government of some country doesn't like it? Or is the behavior of artist so insulting that he or she is banned from entering forever? We have collected the selection of stars, which forever are closed to some states. 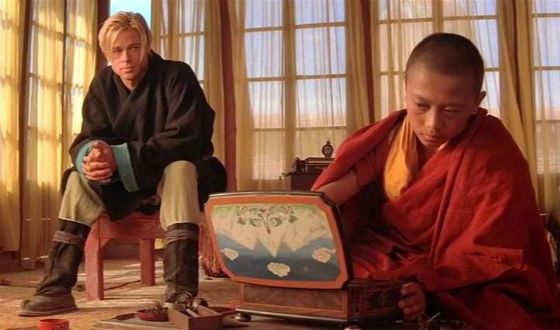 Frame from the film Seven years in Tibet, banned in China
For 17 years, Brad Pitt was banned from entering China. The fact is that the government did not like the image presented by the actor in the film Seven Years in Tibet, where his hero supported revolutionary people against the Chinese invasion of Tibet. Surprisingly, the filmmakers, led by director Jean-Jacques Annaud, avoided this fate. 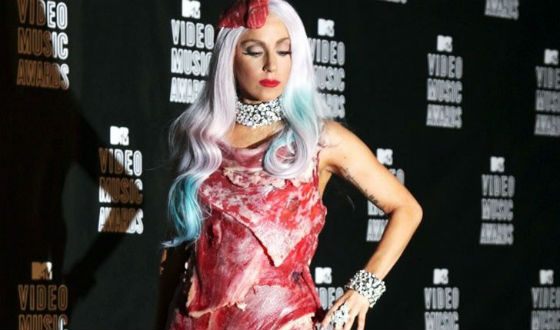 Lady Gaga in a meat costume
Outrageous Lady Gaga often shocked the public with her performances, frank clips and outfits, for example, her appearance in a raw meat costume. Representatives of religious organizations in Indonesia on the eve of the 2012 world tour found her behavior to be corrupting, allowing to sing in the burqa. Representatives of the singer did not make concessions, and the authorities forbade the singer even to enter. In 2016, Lady Gaga met with the Dalai Lama, talking about meditation and tolerance, after that the Chinese Communist Party sharply condemned the spiritual leader for this interview, and the singer was denied entry into the country. 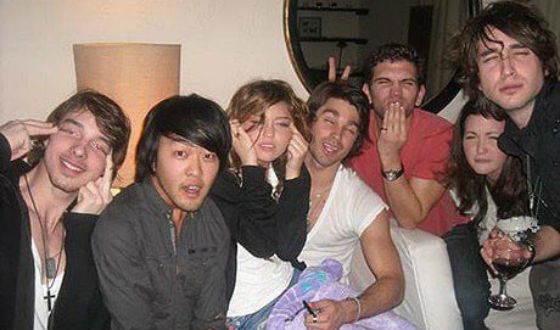 Miley Cyrus with friends portray Asians
The innocent photograph of Miley Cyrus, who in the company of her friends makes a wry face depicting Asians, has caused outrage from the Chinese government. In the country, and before that, discontent was raging with the new image of the singer, which she acquired in 2009, but this photo was the last straw. In 2014, the girl was also denied entry into the Dominican Republic due to her public bisexual relationships, but despite this, Miley did not stop to finance the state fund of supporting homeless young people of the Dominican Republic. 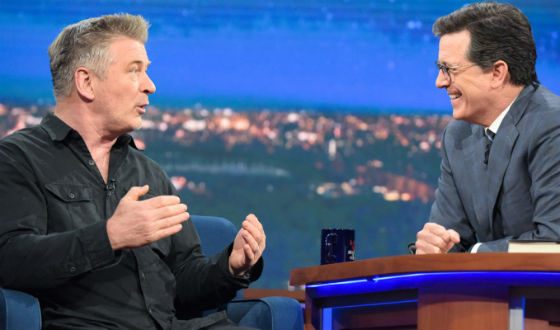 Alec Baldwin on The late show with David Letterman
In 2009, Alec Baldwin talked about his personal life during the The late show program with David Letterman. The actor spoke about his willingness to have children, and also joked that he was thinking of ordering a bride by mail from the Philippines or from Russia. After that, the republic politicians threatened Alec with physical violence, and even despite the actor’s public apologies, the state blocked him from entering the country. Russians have a better sense of humor. 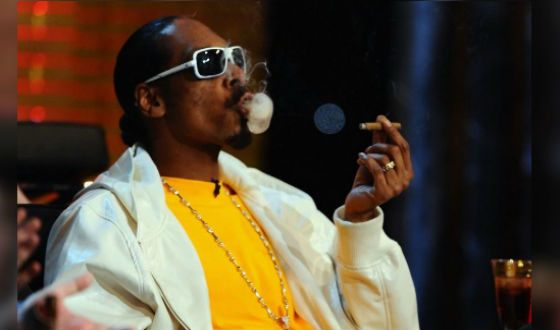 Snoop Dogg does not hide his addiction
Snoop Dogg, advocating the legalization of marijuana and using it himself, often falls into the center of scandals in different countries. The most famous and tragic incident for the actor happened in 2012 in Norway, when the rapper was detained at the airport with 8 grams of weed and a large amount of money, which is also forbidden to be transported by local laws. Snoop Dogg got off with a fine and three-year ban on entering the northern country. 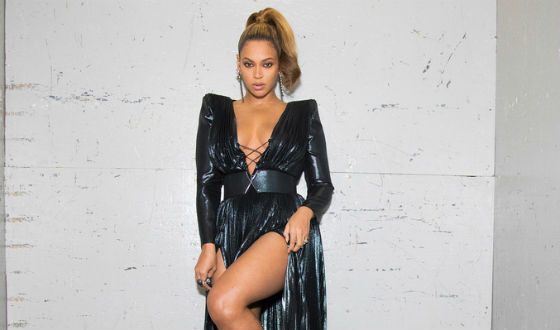 Beyoncé often performs in revealing outfits
Seductive beauty Beyoncé for many people is an example of female wisdom and the keeper of family values, but the Malaysian authorities were not at all enamored with the singer and found her vulgar and depraved. With such formulations in 2007 Asian country demandsBeyoncé to perform in the burqa. Representatives of the singer gave a refusal and, as in the case of Lady Gaga, received a lifetime ban on entry. 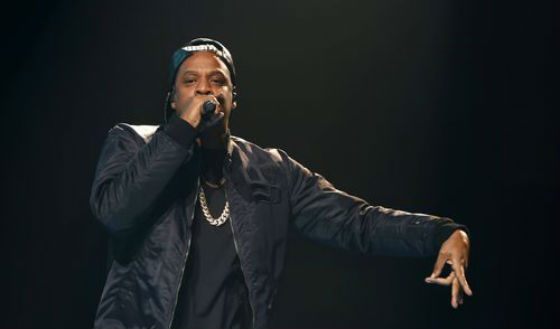 Jay-Z is rude on stage and in life
Even before a number of family scandals between Jay-Z and Beyoncé in 2010-2014, many rapper fans noted his rudeness, which is expressed not only in deeds, but also in the lyrics. The Chinese government was the first who noticed the vulgar, violent lyrics of Jay-Z and canceled the concerts, closing the performer’s entry into the country in 2003. 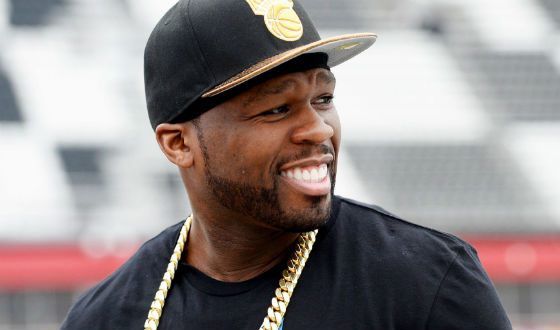 50 Cent has always problems with the law
Provocative lyrics are the calling card of many rappers, including 50 Cent. Unfortunately, frequent administrative offenses in conjunction with creativity, filled with stories about murder, drug use and violence, forced the Canadian authorities to think about limiting the rapper's concert activities in the country. However, in 2003, after an incident of gunfight at a concert in Toronto, entry for 50 Cent was banned forever. 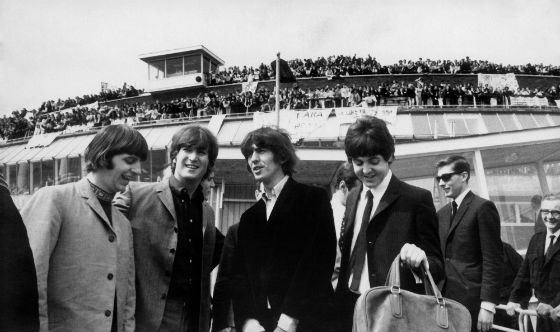 Beatles after the concert in the Philippines
Still very young members of the Beatles were invited in 1966 for an official breakfast with the first lady of the Philippines to the Presidential Palace. Despite the fact that the guys came from a country where the royal family is very revered, they were not familiar with the rules of etiquette and politely refused to meet. This caused such indignation of all Filipinos that the Beatles were immediately expelled from the country forever. 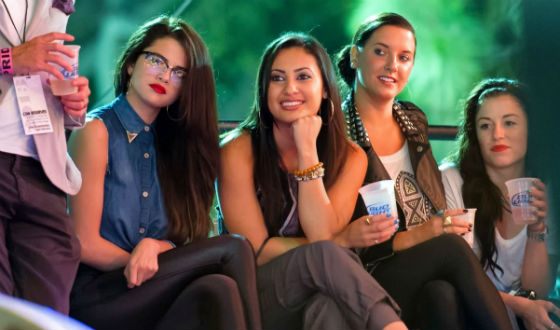 Selena Gomez at the conference of the LGBT community
Ignorance of the orders of a foreign country was also harmed by the young Selena Gomez. The girl is an active defender of the rights of the LGBT community, whose actions are often banned in Russia. In 2013, the singer was denied a Russian visa, due to government`s fearing that the girl would promote unconventional values from the scene. Previously, for the same reason, Madonna and Lady Gaga concerts were canceled.

Snoop Dogg how did he became famous
4.7

Nelson Mandela where he was buried
5.9