Main page
Interesting facts
6 actors who played Jesus in movies and TV shows
Discuss
1
Despite the fact that Christian holy books contain a plethora of information about Jesus, his personality remains one of the most mysterious and inspiring. The portrayal of such character is not only hard work, but also a big responsibility before the faithful religious viewer; it is important to translate his personality to the screen, and to not hurt anybody’s feelings in the process. Here, at zoomboola.com we compiled a list of actors, who were brave enough to rise to the challenge.

Even though Mary Magdalene is dedicated to the young and faithful Mary, following the Son of God, Jesus remains the central character of the movie. Mary was portrayed by Rooney Mara with Joaquin Phoenix taking the role of Messiah.
Joaquin Phoenix in Mary Magdalene
Movie turned out to be just a tragic drama film, rather than biblical story, but was warmly received by the public nevertheless.

For Ted Neely the portrayal role of Jesus became the most significant role in his entire acting career. After starring in 1973 scandalous opera Jesus Christ Superstar, actor was noticed by established directors and invited to appear in numerous big projects.
Jesus Christ Superstar - Trailer
Later on, Ted also appeared in one of the episodic roles in Django Unchained by Quentin Tarantino.

Perhaps the most controversial movie about the life of Jesus Christ was directed by renowned Martin Scorsese. The Last Temptation of Christ is dedicated to the possible alternative story of Messiah’s life, set in a world where he survived and lived a happy life, was married and had children. Drama movie had troubles finding investors and was banned in multiple countries across the globe, including Turkey Chile, Mexico and Greece and many others.
The Last temptation of Christ - Trailer
Despite all the controversy, movie was freely distributed across the Europe and USA and brought Willem Dafoe one of his few good guy roles.

Christian Bale, right before his massive breakthrough with American Psycho, also went on to portray Jesus Christ. TV movie Mary, Mother of Jesus, released in 1999, was based on Mary of Nazareth (Pernilla August) point of view, and her interpretation of what happened with her son. 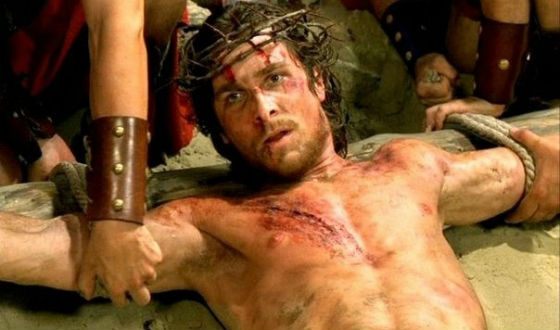 Christian Bale as Jesus Christ
However Bale’s impeccable performance was not left unnoticed.

Unfortunately Ewan McGregor’s portrayal of Jesus was largely unnoticed. Released in 2015, historical drama Last Days in the Desert depicted days that Messiah spent wandering the desert. Aside from the role of Jesus Christ, Ewan also appeared as Devil, tempting and testing God’s Son. Worth mentioning that actor’s portrayal of Satan looked far more convincing and inspired. 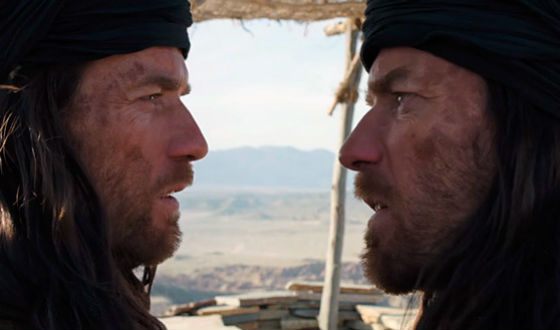 Ewan McGregor plays the dual roles of Jesus and a demon
The film premiered at the Sundance Film Festival, but failed to catch the eye of general public.

Perhaps the most difficult to watch yet very emotionally powerful movie, depicting earthly life of Jesus Christ is The Passion of the Christ directed by Mel Gibson. Jim Cavizel hesitated to take the role; as a Catholic, he found it hard to agree with some parts of the script. Apparently, for a good reason.
The Passion of the Christ - Trailer
During the filming Jim had to carry around heavy wooden cross, was accidentally scorched and even struck by a lightning. Thanks to Jim’s impeccable acting and dedication, viewers were able to experience the suffering and hardships of Christ. Movie managed to score three Academy Award nominations and will receive a sequel, where Jim will reprise his role of Jesus.

Zayn Malik where did he study
4.8