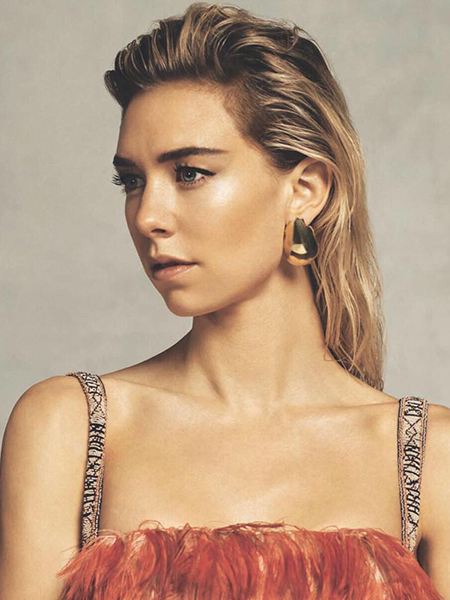 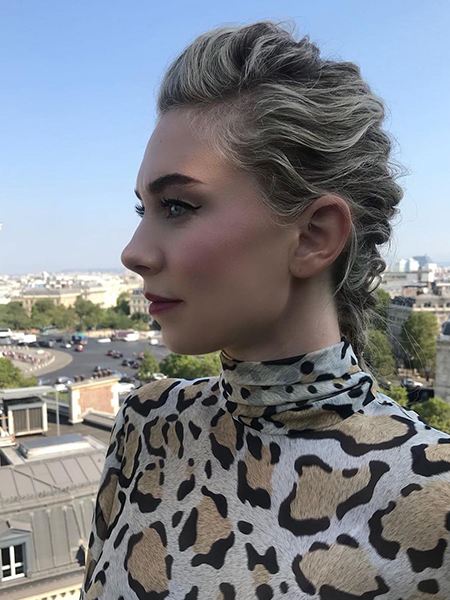 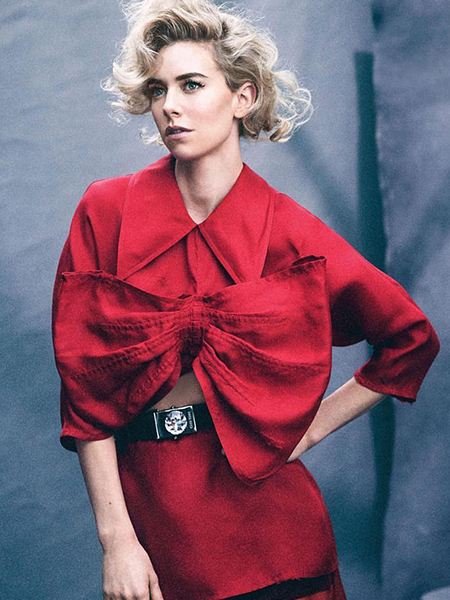 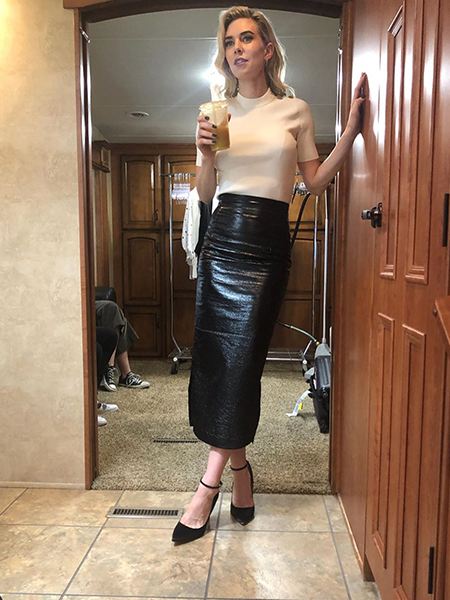 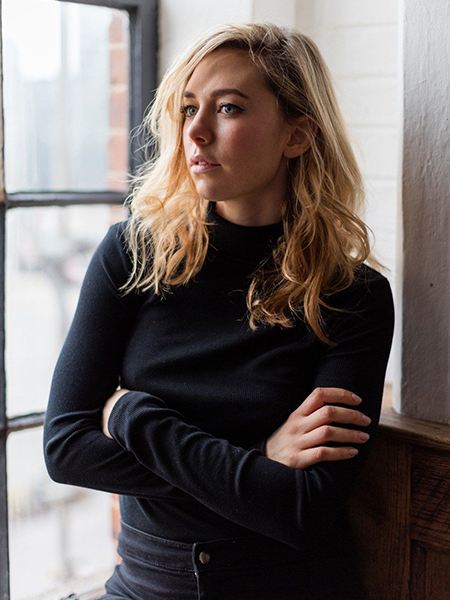 Vanessa Kirby is a British actress, famous for her roles in the TV-shows Great Expectations and The Crown. Net worth: $4 million. 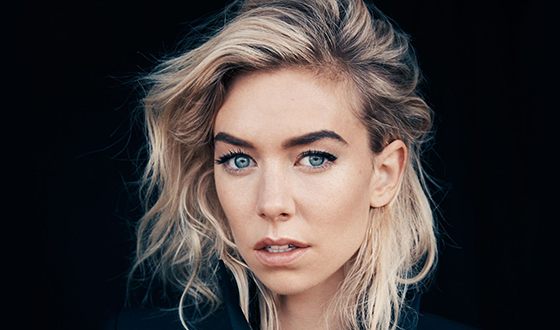 Vanessa Kirby was born on the 18th of April 1988 in Wimbledon, a London suburb. The actress’s father, urologist Roger Kirby was friends with famous British actors Vanessa and Corin Redgraves – to some extent, it was precisely this friendship that influenced the girl’s future choice of career. 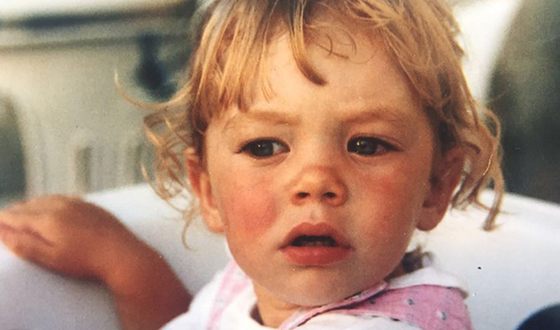 Vanessa Kirby in childhood
Upon finishing school Kirby tried to get into Bristol Old Vic Theatre School but failed the entrance exams. After this, the girl spent an entire year traveling, after which she entered the University of Exeter to study English and literature. However, the woman’s acting talent was still noticed, and she was offered a space in a leading British acting school -LAMDA (London Academy of Music and Dramatic Art). Her studies there would later take her to the doors of London’s prestigious Royal Court and Royal National Theatre.

In 2009 Kirby met the theatre Director David Thacker, who immediately approved her for three leading roles in The Octagon Theatre Bolton. Her role in Arthur Miller’s play All My Sons earned her a prestigious BIZA Rising Star Award and a monetary prize of 5000 pounds. 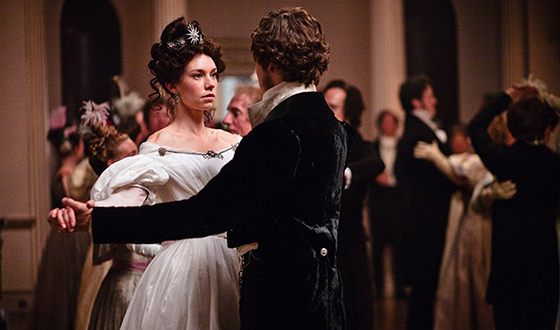 Vanessa Kirby in the TV-show Great Expectations
Soon the actress appeared on TV Screens, appearing first in Guy Daniel’s low-budget drama Love/Loss (2010), and then in the popular TV show Great Expectations, based on Charles Dickinson's novel. In the latter, the actress portrayed a self-centered woman called Estella, an adopted daughter of rich and eccentric Miss Havisham (Gillian Anderson).

The following roles were the leads in the crime thriller The Rise (2012) with Matthew Lewis (Neville Longbottom from the Harry Potter Film Series), and also a supporting act in the action The Necessary Death of Charlie Countryman (2013) with Shia LaBeouf and the drama About Time (2014) with Domhnall Gleeson and Rachel McAdams. 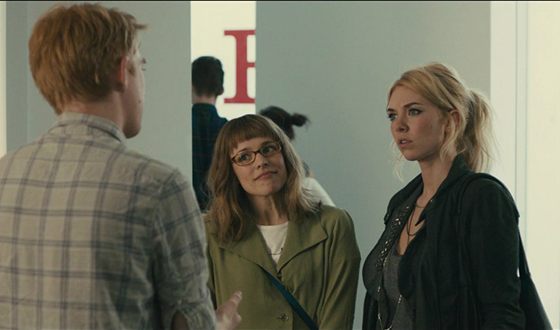 Vanessa Kirby in About Time
According to Zoomboola.com, 2015 marked several significant roles for Vanessa. The woman was lucky enough to work with such masters as Anthony Hopkins and Ian McKellen on the set of the drama The Dresser. In the space opera film Jupiter Ascending, she played the lead actress's best friend (Mila Kunis), and in the drama, Everest Kirby appeared as Sandy Hill, a mountain-climber and writer, who survived a tragedy at the top of the world’s highest peak in 1996. 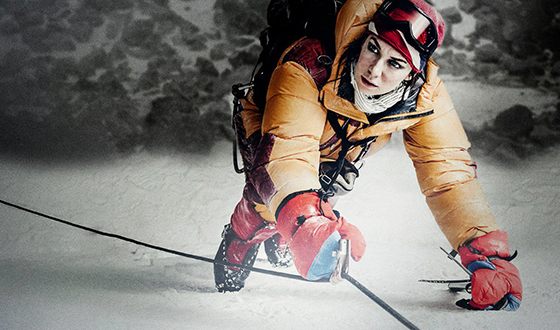 Vanessa Kirby in the movie Everest
In 2016 the actress drew her winning ticket, when she landed the role of Princess Margaret, Elizabeth’s II youngest sister(Claire Foy, later Olivia Colman) in the successful British series The Crown. The show had been trying to find the right actress for this role for half a year before Vanessa came to the audition. Kirby appeared as Margaret in two seasons, while later, when depicting the later years of Elizabeth’s II rule, the actress was substituted by Helena Bonham Carter.

The role of Princess Margaret brought Vanessa the title of Best UK TV Actress at the glamour awards and the Best Supporting Actress at the prestigious Bafta TV Awards.

Her other significant roles include the roles of Alicia Dewar, an ex-girlfriend of a paralyzed one-percenter (Sam Claflin), and writer Zelda Fitzgerald in the biographical drama Genius (Francis Scott Fitzgerald Guy Pierce).

26th of July 2018 saw the premiere of the movie Mission: Impossible - Fallout with Tom Cruise as the lead. The new film about Ethan Hunt’s adventure will star Vanessa Kirby as the White Widow.

In 2009-2011 Vanessa dated British actor Christian Cooke, and the next year —actor Douglas Booth, the star of the new screenplay Romeo and Juliette (2013). The past 2 years Vanessa has been in a relationship with English actor Callum Turner. In 2020, it became known that the couple broke up. The actors said that the relationship was hampered by employment in new projects. 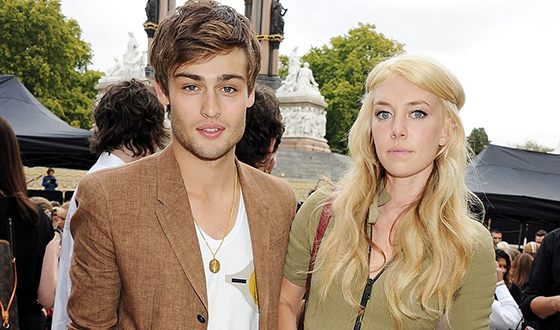 In 2019, two films were released with the participation of Vanessa Kirby. In the film "Mr. Jones", the actress played the role of Ada Brooks. In the same year, "Fast & Furious Presents: Hobbs & Shaw" premiered with Kirby as Hattie Shaw. Mission: Impossible 7 is slated to premiere in 2021. In it, fans expect to see Vanessa as the White Widow.
Mission: Impossible 7, trailer