Who is: actor, male singer, musician

Mark McKenna is an Irish actor and singer, famous for his roles in the musical comedy Sing Street (2016) and the TV series Wayne (2019). He is playing in such bands as Milk and THE | GIRL | TALK. 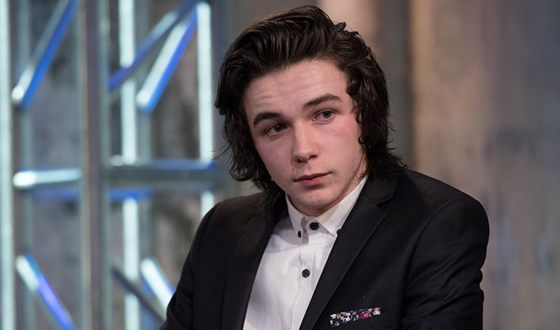 On the photo: Mark McKenna

His Childhood and Family

Mark McKenna was born on May 5, 1996, in Dublin, the capital of Ireland. Mark's father is a musician. McKenna remembers with a smile how his dad has taught him to play the guitar for two years before he and his on-screen character, a musician from the Sing Street, won applause at the Sundance Film Festival.

He wanted to be like me as a teenager. So it was quite strange to me, – Mark says.

Mark inherited his musical talent, and after finishing school, he entered the BIMM Music College in Dublin, where he mastered several musical instruments. 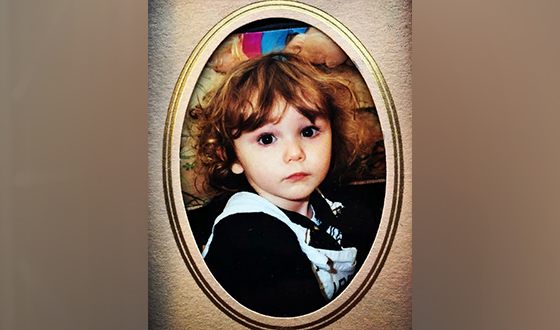 Mark McKenna as a child

Mark McKenna made his movie debut in 2016. Mark was lucky to play one of the lead roles in the musical comedy Sing Street. Its director, Irishman John Carney (the creator of the movie Begin Again with Keira Knightley and Mark Ruffalo), admitted that he had planned to shoot unknown actors.

So, it happened. Most of the cast became open to the public: Ferdia Walsh-Peelo, Kelly Thornton, Percy Chamburuka, singer Maria Doyle Kennedy and Mark McKenna, who first appeared on the set. However, in the movie, there were starred such well-known artists as the star of Game of Thrones Aidan Gillen, and the young actress Lucy Boynton. 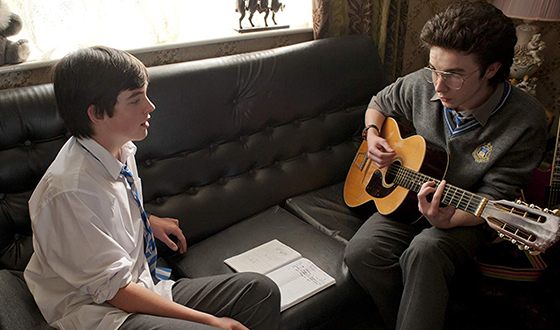 Mark McKenna and Ferdia Walsh-Peelo in Sing Street
Sing Street is a nostalgic musical drama about growing up. The events take place in the 1980s in Dublin. The protagonist is a teenager, transferred from a prestigious private school to the state one. He falls in love with a pretty girl and starts the rock band Sing Street there. Mark has starred as multi-instrumentalist Eamon, in whose house the new musicians rehearse. His character also writes the original songs for the band. It is funny, that McKenna's name is Eamon, and he is also a musician.

Mark and Ferdia recorded songs for the movie themselves.

We have different tastes in music. Ferdia enjoys folk, and I am fond of pop music of the 1980s. But Carney [a former Irish rock bassist] had written the songs before he met us, – McKenna says.

The movie had received many rave reviews and high ratings, and it was later nominated for the Golden Globe Award. However, the musical La La Land (directed by Damien Chazelle) with Emma Stone and Ryan Gosling won. Despite it, the young actors have already received their main award – fame, and recognition. It's funny, Ferdia Walsh-Peelo says with a smile. We were street musicians, and we were content with a couple of dollars for our performances a year ago. Now everything has changed. We used to walk on the streets and bother passers-by. Now we wear nice clothes and sit in nice cafes, and these people ask, Are you a guy from that movie?.
Sing Street – the soundtrack of the movie
After the loud debut of the movie, Mark got an agent and began to cast. In 2017, he has already starred in two episodes of the mini-series Redwater, a complicated story about the family reunion 32 years later. McKenna could have played in Dunkirk by Christopher Nolan, but Finn Whitehead got a role. 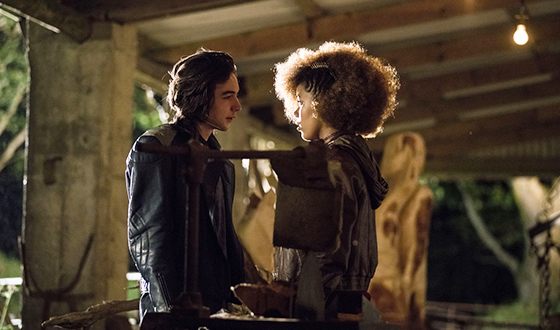 Mark McKenna in Redwater
The local theaters offered Mark some roles, but the actor did not want to play on the stage.

I had been at the theaters, and I was not drawn to this area. I knew exactly what I wanted to do, – Mark says.

Soon, the actor went to Hollywood to play a small role in the military horror movie Overlord by Julius Avery. It was produced by J. J. Abrams, a scriptwriter or producer of such movies as Armageddon (1998), Cloverfield (2008), Star Wars: The Force Awakens (2015), etc. The movie tells about the American soldiers who have discovered the secret experiments of the Nazis behind enemy lines in Normandy. Wyatt Russell (the son of actors Kurt Russell and Goldie Hawn), Saw Asbek (Euron Greyjoy in the TV series Game of Thrones), John Magaro, Jovan Adepo, and others also starred in the movies. 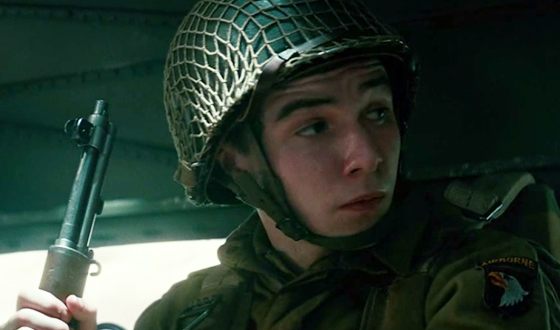 Little is known about Mark McKenna’s personal life. But in 2020, fans still found out about his new companion. She was Ciara Bravo, whom he met on the set of the series "Wayne". Mark’s favorite band is the British indie rock band 1975. McKenna also enjoys punk and jazz music. The actor prefers the old classic movies, as well as the romantic teen movie 10 Things I Hate About You with Heath Ledger and Julia Stiles.

The first season of the American television series with elements of thriller and comedy Wayne was released in January 2019. The plot revolves around a teenage boy (Mark McKenna), who goes on a journey with his girlfriend (Siera Bravo) by motorcycle to return his late father’s Pontiac, which the wife has taken away after their divorce. Rhett Reese and Paul Wernick, the authors of Deadpool, are the producers.
Wayne – Trailer
For me, Wayne is a role that I have even dreamed of before I became interested in acting. In fact, Wayne is Dirty Harry as a teenager. As a child, after watching the action movies, I wanted to be a cool dude. But I have always been sure that the actors get such roles at least at the age of 28, – Mark says.
DramaQueen is the debut single by Milk
In February 2019, McKenna and his band Milk (Mark and his three fellows from Dublin) presented the debut single DramaQueen, written under the obvious influence of Mark’s favorite band 1975. The actor also plays in the band THE | GIRL | TALK.

Amy Winehouse who is her mother
5.1