Main page
Interesting facts
11 memorable cameo for which it`s worth reviewing the film
Discuss
1
Cameo is bright episodic role, usually performed by a renowned actor or some kind of a celebrity. To make a cameo doesn’t necessary equate with appearing as yourself; sometimes it’s just a brief role or piece of performance, enhanced by the popularity of a person. Many directors, such as Alfred Hitchcock and Quentin Tarantino, developed quite a habit of making cameos in their movies. Here we decided to compile a selection of the coolest cameos in movies. 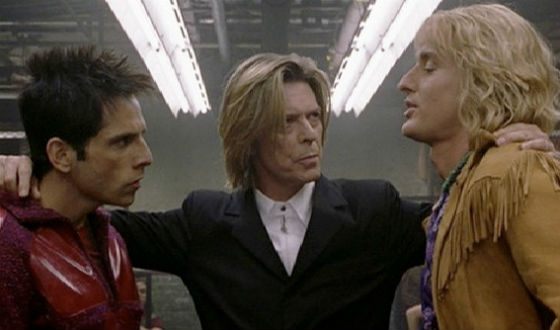 Legendary David Bowie in Zoolander
Ben Stiller’s third directorial project Zoolander featured a whole heap of celebrities, appearing as themselves. Movie was graced by actress Winona Ryder, singer Gwen Stefani and even Donald Trump. However, the argument between characters of Stiller and Owen Wilson with David Bowie is considered to be the most noticeable and fun piece. 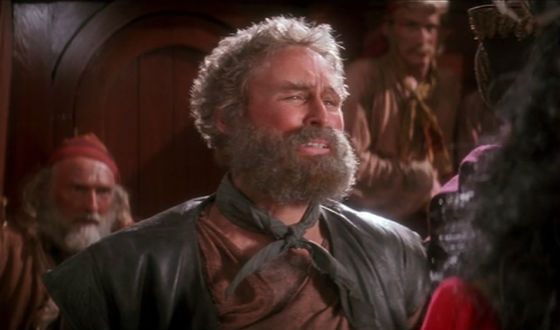 Glenn Close is very easy to recognize as a pirate
Glenn Close was already a world famous superstar when Steven Spielberg decided to create his own version of Peter Pan story starring Robin Williams. She appeared as a Gutless, male pirate, thrown into the chest full of scorpions for his lack of faith in Captain Hook’s (Dustin Hoffman) leadership. 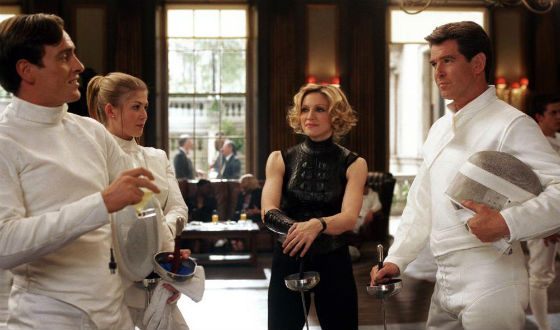 Another unfortunate Madonna`s role was not successful
Madonna not only performed the title song to the James Bond franchise movie Die Another Day, starring Pierce Brosnan, she also made a cameo appearance in it. Despite the episode being memorable, her appearance was not credited in movie. 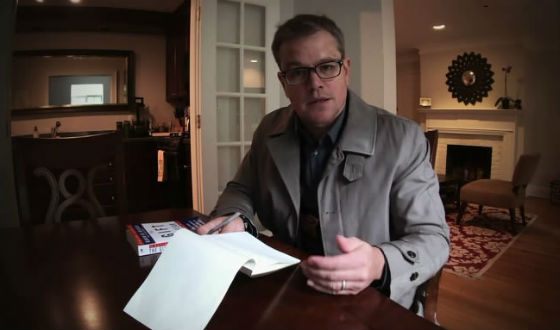 Matt Damon loves cameo
Matt Damon really likes making cameo appearances in various movies. He was absolutely delighted to be invited by his friend Steven Soderbergh to show up in episodic role in his thriller Unsane. In the middle of a movie Damon comes to the house of movie’s main protagonist Sawyer (Claire Foy) as a detective.

Stan Lee – Ant-Man and the Wasp

Stan Lee enjoyed appearing in short fun episodes in his movies. It’s hard to imagine Marvel Cinematic Universe without his bright cameos. His last appearance happened in Ant-Man and the Wasp, where he portrayed an old man, angry at his car being shrunk be the Wasp; Lee drops a cheerful line of, "Well the '60s were fun, but now I'm paying for it." 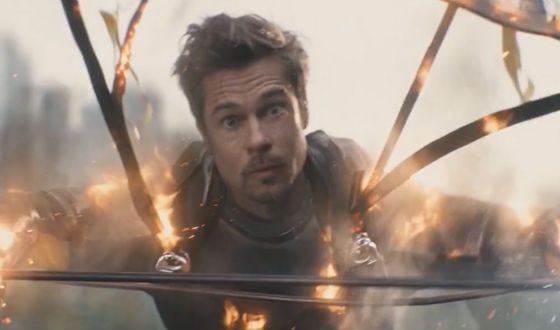 Memorable couple of seconds with Brad Pitt
The appearance of the Vanisher, invisible and deliberately mute hero is one of the most terrific moments in whole film. He joins the X-Force team of superheroes in order to save the Firefist (Julian Dennison). During the plane crash the Vanisher jumps from the plane and lands right onto the power lines. He is hit by the deadly electricity discharge and becomes visible for a brief moment of time which is just enough to recognize renowned Brad Pitt as the Vanisher. 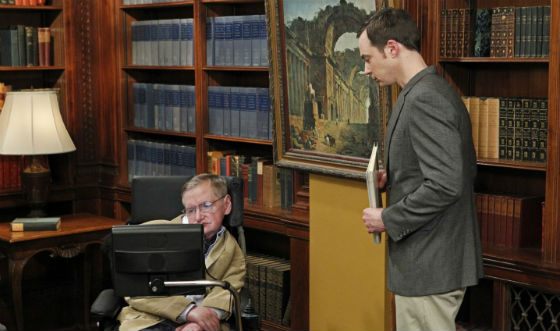 Stephen Hawking on The Big Bang Theory
Despite his severe health condition, Steven Hawking, one of the greatest and well respected scientists of our time, was able to retain his awesome sense of humor and liveliness. He voiced over himself in cartoon form for episodes of The Simpsons and Futurama; in 2012 he appeared in one of the episodes of cult TV series The Big Bang Theory.

Pamela Anderson played the Borat`s beloved
Hilarious comedy movie Borat, produced by Sacha Baron Cohen with him as a main protagonist, is filled with exciting characters and plot twists. One of them is clearly the fan-favorite cameo appearance of Pamela Anderson portraying herself and Borat’s main love interest. 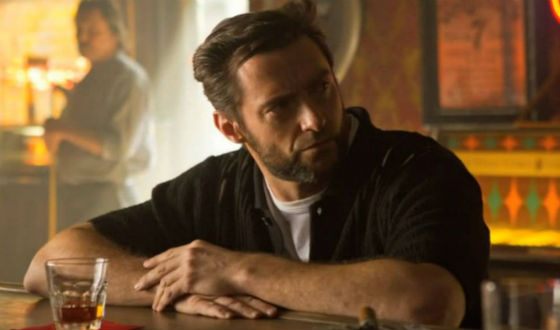 Wolverine is a key character in the Marvel Universe
Marvel movies are famous for multiple references to one another, that’s why the episodic appearance of at first glance surprising characters is nothing to write home about. Obviously, Hugh Jackman’s Wolverine is a different story; he is one of the most influential and important characters in the whole X-Men franchise and the main protagonist in Days of Future Past, but his unexpected scene in X-Men: First Class served as a pleasant surprise for viewers. 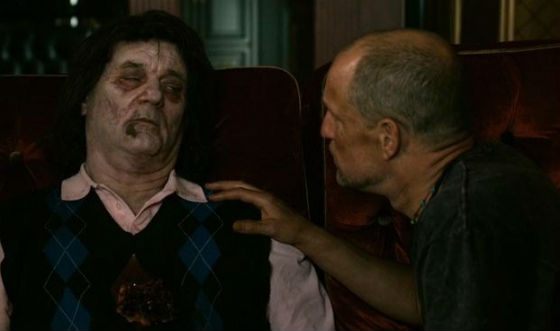 Episode with Bill Murray is one of the most funny moments in the movie
It’s quite a mystery how Bill Murray chooses movies to star in, but this one is really surprising and almost feels spontaneous. Despite this, Murray’s cameo appearance is probably the most hilarious moment in whole Zombieland movie. His LA estate, sudden shotgun shot and a bunch of catchy phrases turned into quotes are the highlight of the movie.

A clip from the movie The Wolf of Wall Street
Everyone who saw The Wolf of Wall Street remembers bursting with laughter watching the dialogue between Matthew McConaughey and Leonardo DiCaprio. Former teaches young broker about the savage world of stock trading industry, shamelessly showing his affinity to drugs and alcohol as well as hums his money chant mantra song.