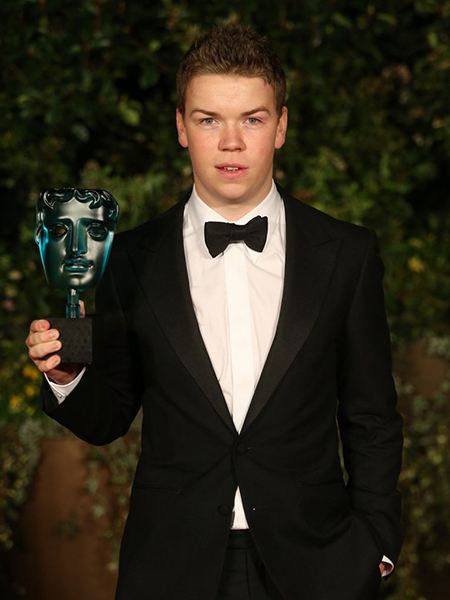 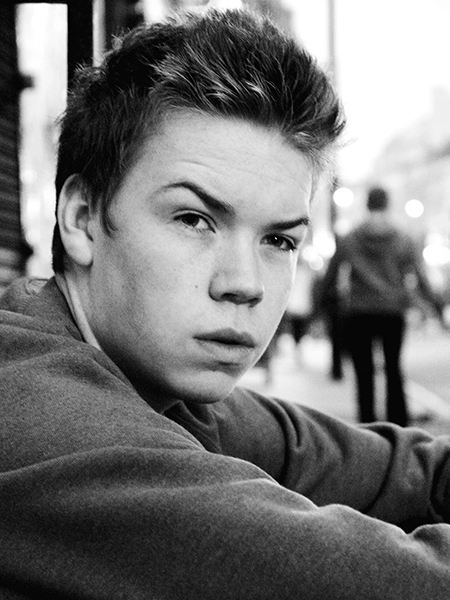 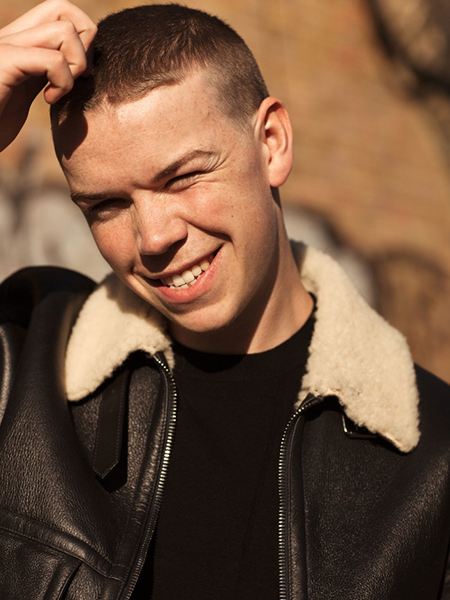 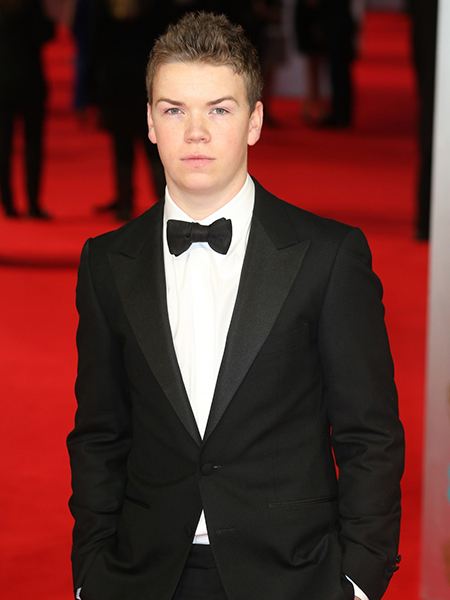 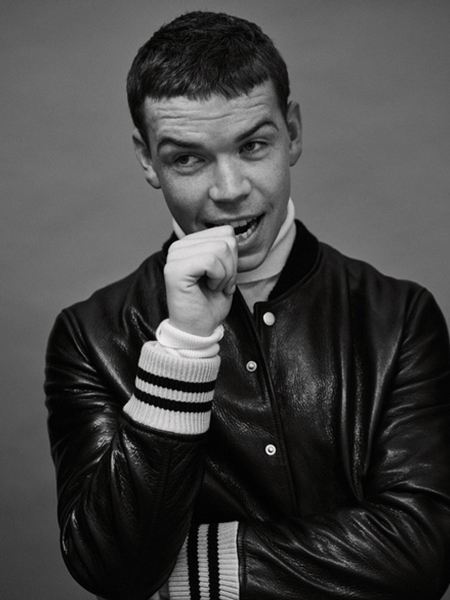 Biography of Will Poulter

Will Poulter (full name is William Jack Poulter) is a winner of BAFTA Film Awards as the Most Promising Newcomer, a winner of MTV Movie Awards in such categories as Breakthrough Performance, Best Fight, and Best Kiss. The actor who played with such big-screen leaders as Tom Hardy and Leonardo DiCaprio in the western by Alejandro González Iñárritu The Revenant, which was nominated for the Oscar in 2016, received a record 12 nominations and won three of them. Net worth: $5 million. 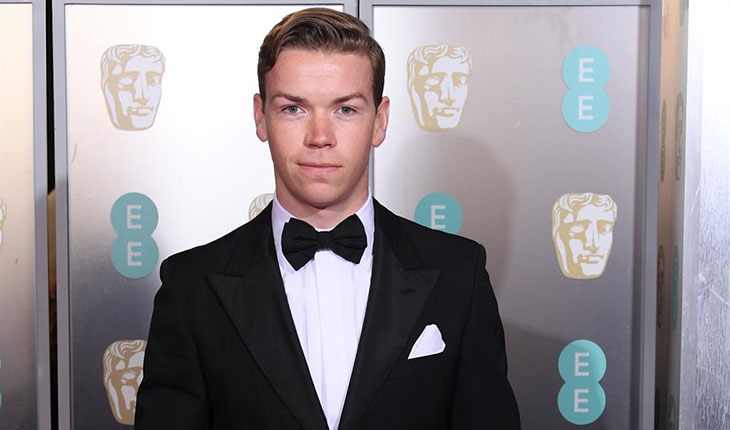 Brithish Actor Will Poulter
No wonder experts call this young British talent who is also known for his work in films Detroit, The Chronicles of Narnia: The Voyage of the Dawn Treader, Black Mirror: Bandersnatch, Maze Runner: The Death Cure and We're the Millers a new Benedict Cumberbatch.

The promising future actor was born in a family of physicians from Hammersmith, British capital area, on January 28, 1993. His mother, Caroline, was a nurse and his father, Neil, was a doctor, Professor of Preventive Cardiovascular Medicine at Imperial College in London. Will has an older brother and a sister, Ed and Joe, and a younger sister, Charlotte. His grandpa on the mother's side was a foremost expert in the wildlife protection field and worked in Masai Mara National Park located in Kenya where Will's mother spent her childhood. 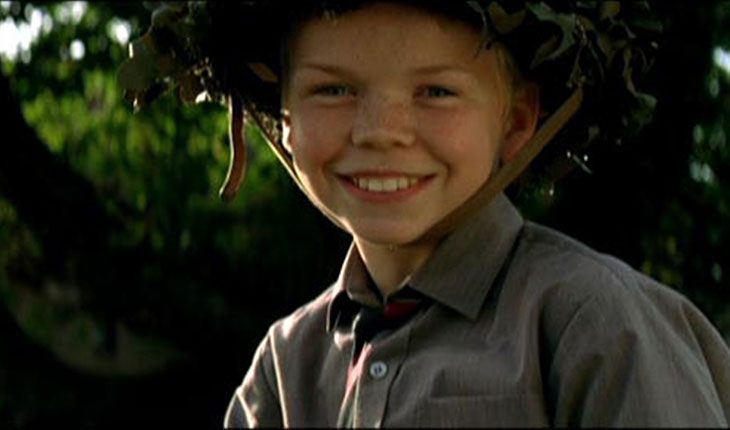 Little Will Poulter
Will, the youngest son, went to Harrodian private school where along with general disciplines he studied acting, graphic design, and music. The school even organized film festivals. By the way, such actors as Robert Pattinson and Tom Sturridge also graduated from this school. Will's teacher encouraged his interest in art and supported him with his auditions.

In 2007, the young Londoner starred in the family film Son of Rambow that was first presented at the Sundance Film Festival and received lots of warm responses from the audience. He portrayed a difficult schoolboy, Lee Carter, who along with his friend, Will Proudfoot (Bill Milner), decided to make a film. A year later, the talented teenager appeared in the Comedy Lab pilot project by Channel 4 called School of Comedy. 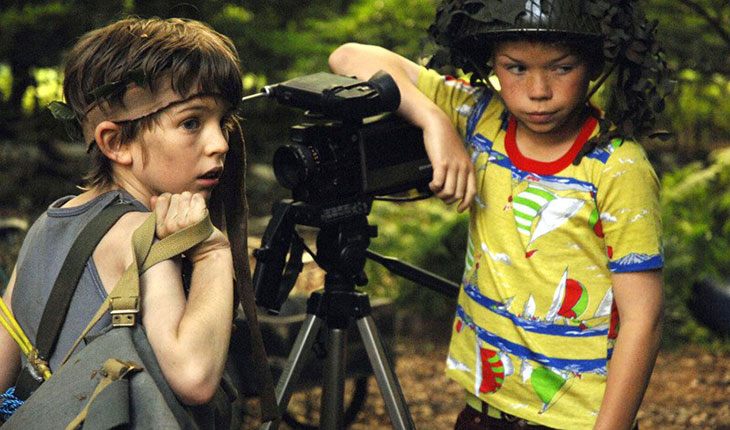 Will Poulter in Son of Rambow
In 2009, the beginning actor received a role in The Chronicles of Narnia: The Voyage of the Dawn Treader - the third film of the franchise about a magic kingdom where a wise lion, Aslan, reigned. Filming took place in Australia and New Zealand. The film released a year later was different from the original, the third fantasy book of an Irish writer and theologian, Clive Staples Lewis, but it still had its main idea - resisting a temptation.

All lead characters of the picture were resisting a temptation to commit one of the deadly sins. Will's character, a bad boy Eustace, was resisting his greed, his cousin, Lucy (Georgina Henley) - her envy, Edmund (Skandar Keynes) - his pride. This role earned Poulter a nomination for the Saturn Award as the best young actor. 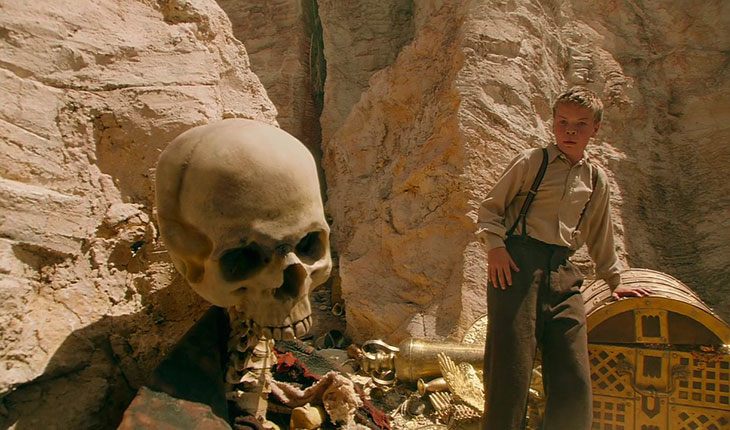 Will Poulter in The Chronicles of Narnia: The Voyage of the Dawn Treader
According to Zoomboola.com, in 2011, Will played in the drama Wild Bill once again. He portrayed an older son who had to feed his family because his careless father just went at large. During that same time, BBC released the mystical TV series The Fades. The young actor worked with Natalie Dormer, Iain De Caestecker, and Joseph Dempsie. 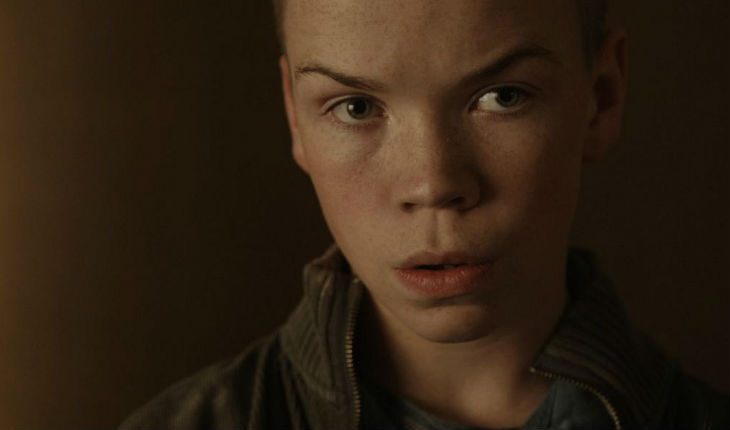 Wild Bill: Will Poulter as Dean
A character of Kenny in the comedy picture of 2013 We're the Millers became a great piece of luck for Will. It earned him BAFTA and MTV awards. Jennifer Aniston, Jason Sudeikis, and Emma Roberts (Eric's daughter and Julia Roberts' niece) portrayed the lead characters along with him. Despite mixed reviews from critics, the audience loved actors' professionalism, smart dialogues, giant genitals of a teenage loser portrayed by Will (created by scene painters), and exciting striptease from Aniston. The picture earned almost 270 million dollars (the budget was 37 million dollars).
Will Poulter in We're the Millers
In 2014, after the box office hit, the actor starred in the crime comedy Plastic. Later he starred in the drama Glassland. But he made everyone to talk about him once again after the release of the fantasy bestseller The Maze Runner filmed based on the same name novel by James Dashner, which became the beginning of the franchise and earned 350 million dollars. He worked on one set with Thomas Sangster, Kaya Scodelario, and Patricia Clarkson. His fight with Dylan O'Brien's character became the best fight. They both won the MTV award in the relevant nomination. 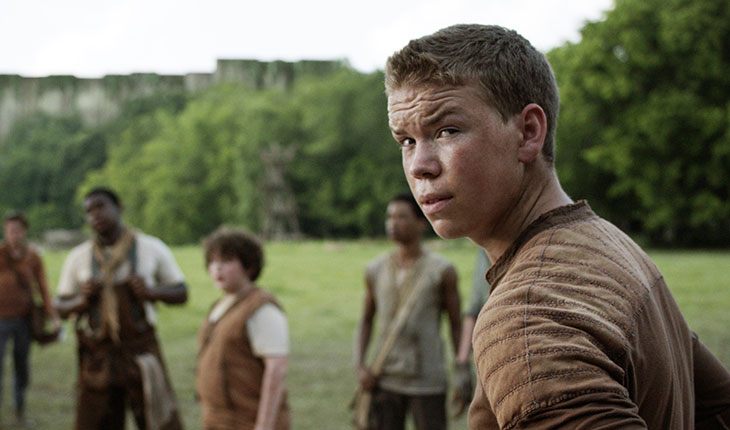 Will Poulter in The Maze Runner
A wave of success helped the beginning actor to get on the casting list of one of the most expecting projects of 2015 - the high-budget epic western The Revenant, the Oscar winner created based on a novel of the same name by an American writer and USA Ambassador in World Tourism Organization, Michael Punke. In the story about the misadventures of a real explorer, Hugh Glass, (Leonardo DiCaprio), Poulter portrayed a famous pioneer and fur-animal hunter of the Wild West, Jim Bridger. His young character gave in to an older colleague's persuasion, Fitzgerald (Tom Hardy), and left a wounded Hugh to die. 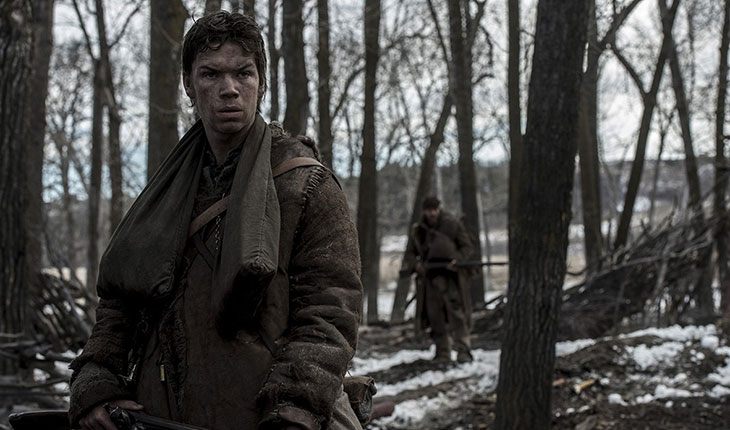 Will Poulter in The Revenant
Later the actor had to portray a terrifying clown in the remake of the TV series It based on Stephen King's cult work of the same name. However, after the change of a film director, Bill Skarsgård received this role (he was favored for he was higher than Will. His height was 192 cm and Poulter's height was 188 cm). 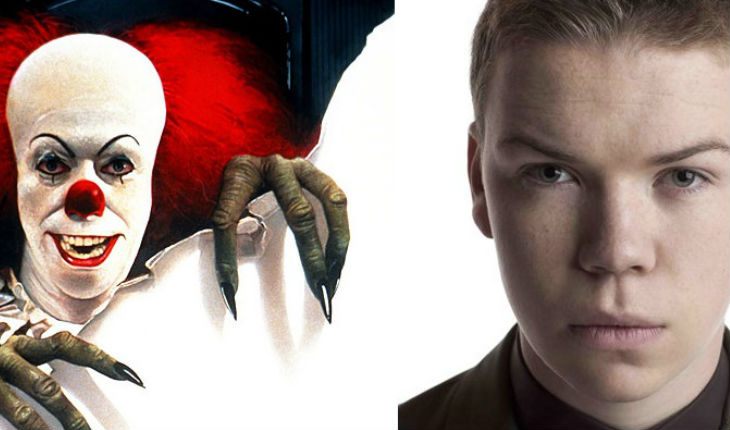 The Actor Was Considered for Pennywise
The next work of the actor Kids in Love was released in 2016. He portrayed one of the lead characters, a boy by the name of Jack, who met a company of rich fellows and fell in love with Evelyn (Alma Jodorowsky, a granddaughter of a film director, Alejandro Jodorowsky) during his vacation. 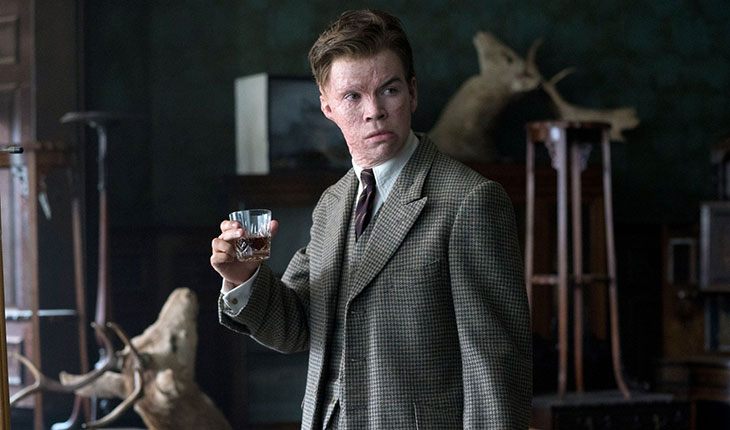 Will Poulter in The Little Stranger
A year later, Will appeared in the picture War Machine with Brad Pitt and in the film Detroit with John Boyega. In 2018, he appeared in the follow-up of the fantasy action film Maze Runner: The Death Cure, detective drama The Little Stranger with Domhnall Gleeson, and the interactive film Black Mirror: Bandersnatch where scenario depended on the decisions of the audience. In the last picture, he received one of the leading roles. He portrayed a mysterious developer of video games by the name of Ritman who was able to travel between parallel universes. 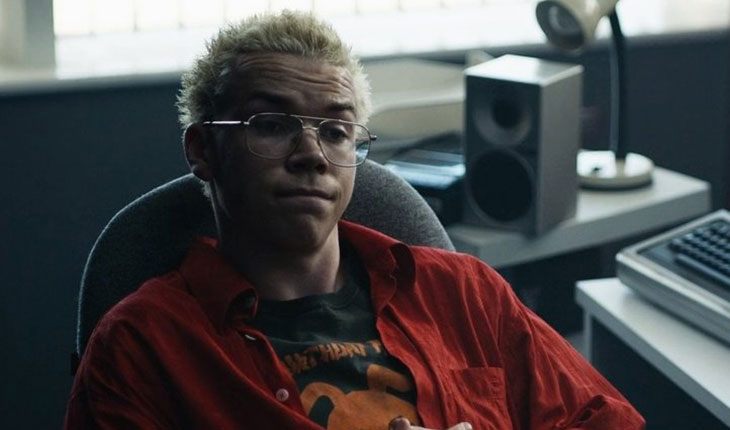 Will Poulter in Black Mirror: Bandersnatch

Private Life of Will Poulter

Little is known about the private life of the famous British with distinctive flyaway eyebrows. By the way, according to rumors he was suggested to reshape his eyebrows, but he didn't want to do it. 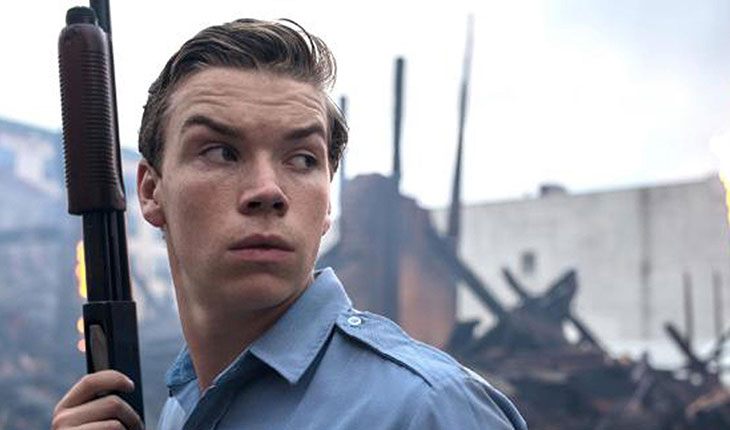 Will Poulter and His Distinctive Eyebrows
The young man hasn't married and hasn't found a girlfriend. Earlier, he had a girlfriend by the name of Zoe. When a picture of him and Cressida Bonas, Prince Harry's ex-girlfriend, appeared in the media in 2014, some journalists decided that they were dating. However, the information wasn't confirmed. 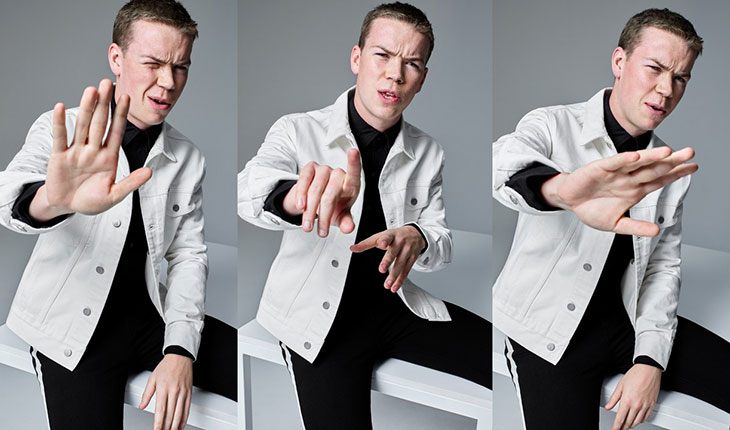 Will Poulter's Height is 188 cm
According to the actor, he takes all criticisms aimed at him in social media very much to heart. In 2019, he announced his intention to leave Twitter to protect his mental health. He probably made such a decision after hurtful comments about Black Mirror: Bandersnatch.

In January 2019, the British actor and Hayley Squires had the honor to announce nominees for the prestigious film award, BAFTA. This summer, fans of the talented Londoner will see him in the scheduled premiere of the horror film entitled Midsommar. It will be a story about a young couple (Florence Pugh and Jack Reynor) that encounters an evil pagan ritual on its Sweden vacation. 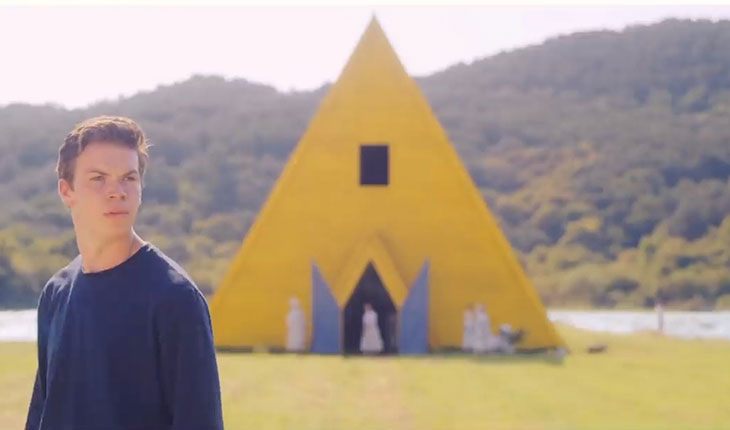 Will Poulter in Midsommar
In 2020, Will worked on The Underground Railroad with Joel Edgerton and Amber Gray. The plot of the TV project tells about the underground railway, which gives freedom to fugitive black slaves. Poulter also starred in the TV series Dopesick, which is scheduled to premiere in 2021.

Will Poulter - latest news and articles

Viggo Mortensen how old is he
6.0