Main page
Celebrity News
Rihanna had to apologize to Muslims for her fashion show
Discuss
Rihanna hosted the Savage X Fenty lingerie show in Los Angeles the other day.

Irina Shayk, Cara Delevingne, Bella Hadid, and many other celebrities walked the catwalk in exclusive models. However, the most eccentric and controversial part of the show was not its participants.

Two days after the event, Rihanna received many complaints about the soundtrack to which the action took place. It turns out that the text of the Muslim hadith, the sacred legend about the Prophet Muhammad and his followers, was mixed in it. 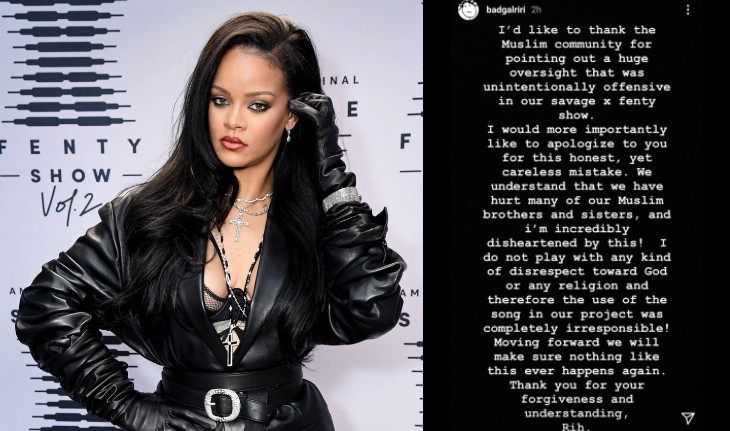 Rihanna was forced to apologize to Muslims
The track, as it turned out, was created by a London-based producer in 2017, who did not know the meaning of this audio element. The singer hastened to apologize to the representatives of religion. Rhiana thanked Muslims for pointing out her mistake, apologized for the mistake, and noted that she does not support any form of disrespect for religions.