Natalia Dyer is a rising star of American television famous for her role in the science-fiction horror series "Stranger Things". Net worth: $4 million. 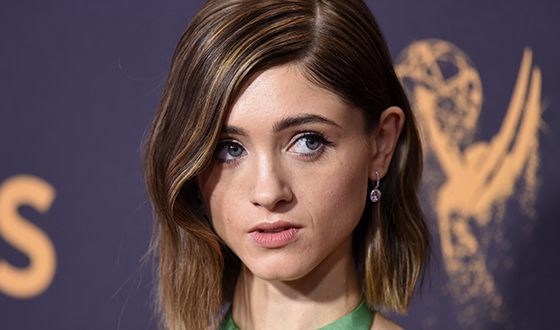 In the photo: actress Natalia Dyer

Natalia was born on January 13, 1997, in Nashville, a small town in the south of the United States. Soon after she was born, the family moved to New York and most of the actress's childhood was spent there. 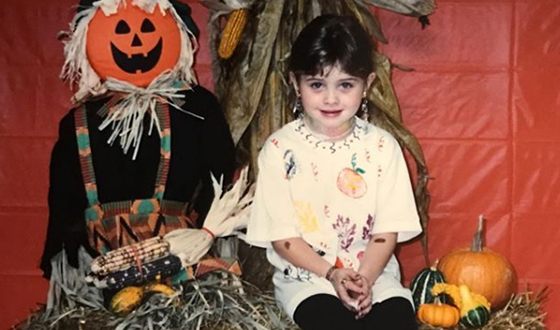 Natalia Dyer as a child
The girl was diagnosed with attention deficit hyperactivity disorder (ADHD) quite early in her life so her parents sent her to Gallatin School of Individualized Study. In this, she was lucky - teachers at this school did not give up on children who were hard to be trained but searched for an individual approach to each child according to his or her interests and inclinations. 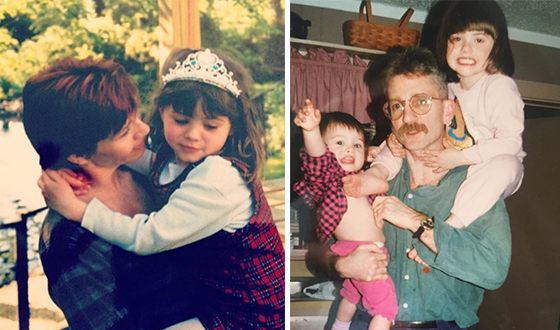 Natalia Dyer's photos as a child, with her parents
Natalia revealed acting talent, went to the school theater group, and performed in all kinds of school plays. In high school, she realized that she wanted to professionally engage in theatre and decided to enter the Department of Arts at New York University.

Perhaps Miley Cyrus's fans remember the very young Natalie Dyer in the film about Hannah Montana. This was the first role of the 12-year-old actress. 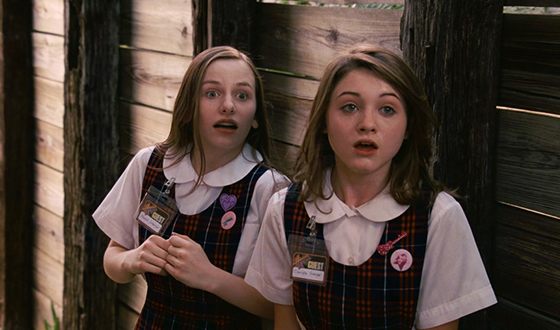 Natalia Dyer's first role in "Hannah Montana"
Natalia's next cinema project took place just two years after her debut. In "The Greening of Whitney Brown," she played an episodic role of the capricious girl Lily. She could also be seen in the tragicomedy "Blue like Jazz" (2012) and the horror movie "Healer" (2013) co-starring another young star, Isabel Fuhrman.

Natalia Dyer`s first leading role was in 2014 - she played Davin in the lyric picture about growing-up I Believe in Unicorns. The independent film was warmly received by critics who highly appreciated the acting skills of the beginning artist, however, it passed almost unnoticed by a wider audience.

In 2014, Natalia was busy being enrolled to New York University so she managed to take part only in two short films ("The City at Night" and "Till Dark"), as well as to play a secondary role in the melodrama "Long Nights Short Mornings."

In 2016, Natalia Dyer drew a lucky number when passed casting for the mystical series " Stranger Things" and got the role of Nancy Wheeler. This Netflix sci-fi series caused a real sensation and revealed several talented young artists at a time, including Finn Wolfhard and Millie Bobby Brown.
Strangler Things: Natalia Dyer interview
The plot of the series by the Duffer brothers is shaped by the story of an American province of the 80s. First, the boy Will mysteriously disappears without a trace, and his friends start an independent investigation. Then Natalia Dyer's character along with her boyfriend witnesses the murder of her friend Barbara at paranormal circumstances. 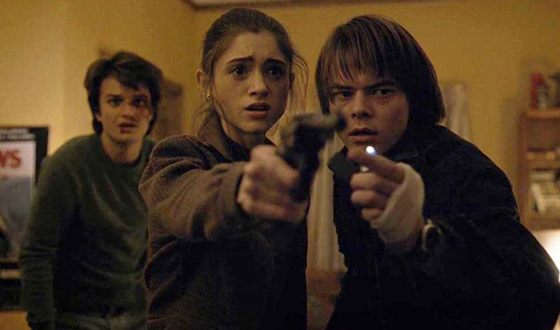 Natalia Dyer as Nancy Wheeler in the TV series "Stranger Things"
Before the filming, Dyer conducted her own "research" to get immersed in the atmosphere of the 80s, which she knew only by the stories of her parents. She looked through her mother's school photos, listened to the 80s bands (she liked The Clash most of all), watched horror movies-slashers that were popular in those years, and tried to copy Madonna's outfits. The series that Winona Ryder also took part in won the hearts of the viewers and film critics around the world. The film was nominated for many awards, including the Golden Globe. Almost immediately after the release of the first season, the Netflix management extended the series for the second season. For each episode of the first season, Natalia Dyer got 10 thousand dollars.

In October of 2017, on the eve of Halloween, the premiere of the second season of "Very strange affairs" took place, in which the plotline of Natalia Dyer's heroine got even bigger. 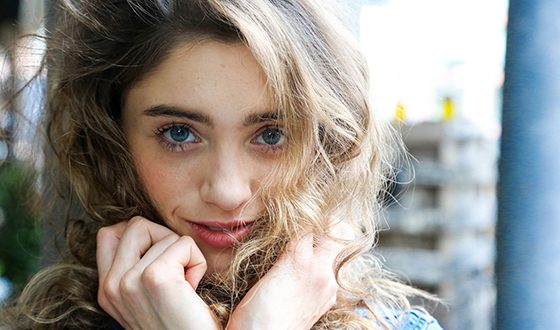 Natalia Dyer is a rising movie star
After the success of the series, Natalia receives many offers. So, in 2018 she appeared in the dramas "Mountain Rest" and "Tuscaloosa", as well as in the fantastic film "After Darkness". We do not doubt that this list will be soon extended.

Immediately after the release of "Stranger things," there appeared rumors about Natalia Dyer's love affairs with her colleagues by the movie set. The girl has ascribed the relationship with the actors who played her boyfriends – Joe Kirie whose character was the "king of the class" Steve, and Charlie Heaton, whom the fans of "Stranger things " know as the unsocial teenager Jonathan Byers, brother of the main character. 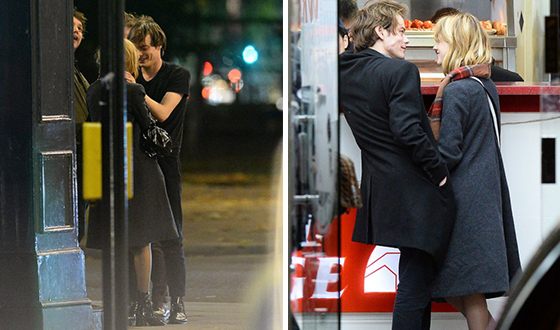 Natalia Dyer with Charlie Chiton
Young artists did not comment on these rumors. In 2016, Natalia posted on her Instagram a photo with Charlie Heaton when on vacation in Spain, and in October 2017 the paparazzi spotted them walking around New York and holding hands. After that, the fans did not have any doubts that they are dating. 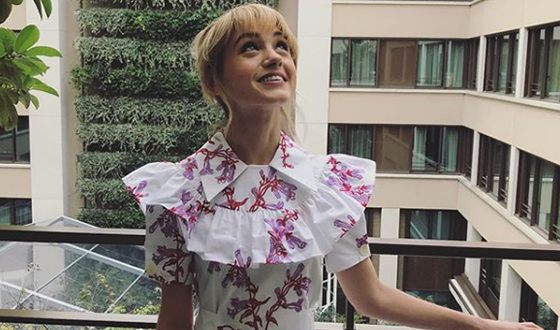 Natalia Dyer is a romantic girl
During her leisure time free from shooting and studying, the actress likes to sing and read books.
Charlie Heaton and Natalia Dyer Have a Lie Detector Test

According to Zoomboola.com, in 2019 the actress's fans might see Natalia in art-horror movie 'Velvet Buzzsaw' as Coco, a young assistant of the main character. 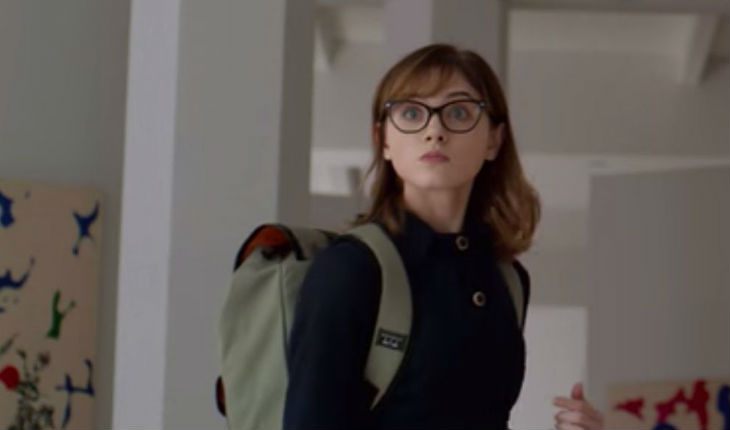 Natalia Dyer in «Velvet Buzzsaw»
The final season of 'Stranger Things' should come in 2020 but due to Covid-19 pandemic, the premiere was postponed for 2021. Also, she portrayed the main character in the upcoming drama 'Yes, God, Yes'. 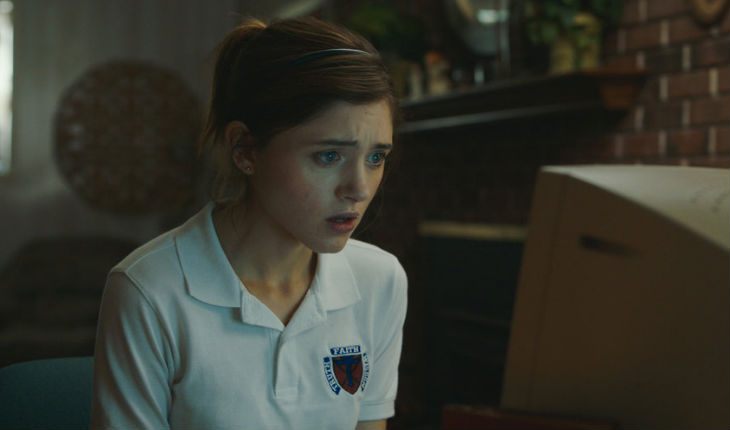 A screencap of «Yes. God, Yes»

Jimmy Kimmel how did he became famous
5.2

Simone Ashley in her teens
4.2