Main page
Interesting facts
Top-10 Scenes which make everyone hit pause
Discuss
10
Have you ever noticed weird scenes or awkward characters when watching a movie? Maybe, you have encountered shots that seem like an editing mistake? If your answer is yes, it’s possible you’ve encountered an Easter Egg (a codified message) or simply became the subject of a joke by the producer of the movie. Zoomboola.com compiled a list of scenes which confuse everyone, making them hit pause.

A Scene from «Memento»
«Memento» , one of Christopher Nolan’s first movies has long become a classic thriller. When rewatching this masterpiece, pay attention to the fact that when Guy Pierce's character is telling a story about «one guy», he turns into Shelby for a split second.

Jennifer Lopez and her multimillion buttocks - The Back-up Plan (2010) 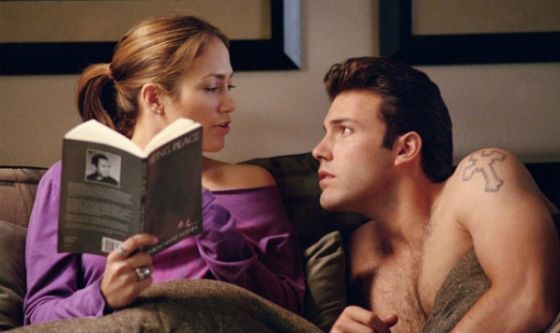 The legendary Stormtrooper scene
Starwars fans know this scene very well. George Lucas, apparently, decided to make a joke, when he left the scene, where a Stormtrooper bangs his head on the Death Star, when launching the attack. And although very few can spot this on the first watch, if you do re-watch the scene, you won’t be able to turn away from this almost comic situation. 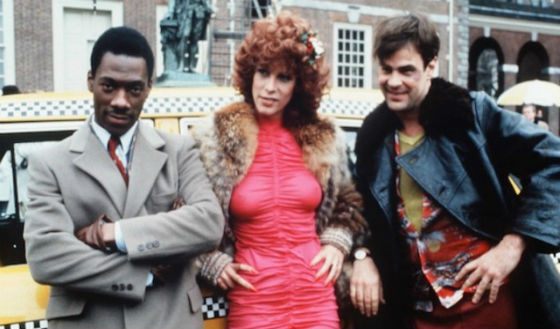 Seductress Jamie Lee Curtis
Scream Queen Jamie Lee Curtis has always been famous for her beauty, but only in 1983 did the audience see her topless in the movie «Trading Places». The scene was so memorable that the movie «Scream» (1996) contained several references to the episode.

The rules of Fight Club
«Fight Club» by director David Fincher based on Chuck Palahniuk’s novel is full of pause-worthy moments. Some of them are obvious, whereas about the other ones the audience learnt only after watching the film. In particular, Brad Pitt on several instances appears in different scenes for a split second – for instance, behind the doctor at the hospital or in Edward Norton's hero’s office.

Secret message in the Lion King
Even before YouTube, this scene from the Oscar-winning cartoon became one of the first viral videos. The cartoon artists are famous for their love to leave encrypted messages for grown-ups in kids’ movies, however, in this instance the word «sex» is more likely to be a mere coincidence.

An episode from the movie «Eyes Wide Shut»
Naked celebrities are always worth a pause, and this scene from Stanley Kubrick’s last film is one of them. Kidman and Cruise did everything for the great director, and their on-screen nudity turned out breathtaking.

Suicide Squad
DC produces films for their fans more rarely than Marvel, but their Easter eggs are occasionally much more significant. For example, let's take the birds-eye view of Gotham in «Suicide Squad» with Margot Robbie and Jared Leto as the leading actors, which can help you spot numerous references and Easter eggs.