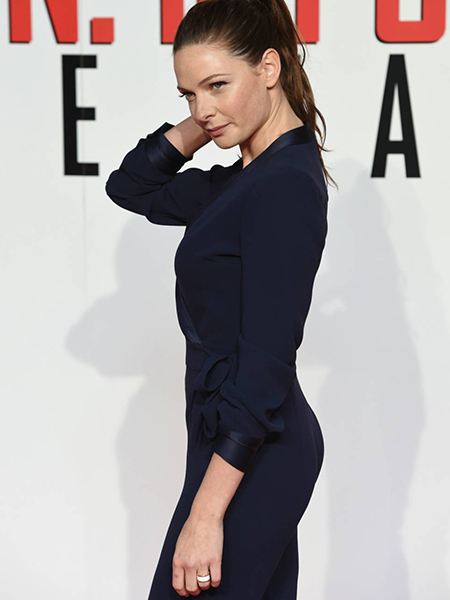 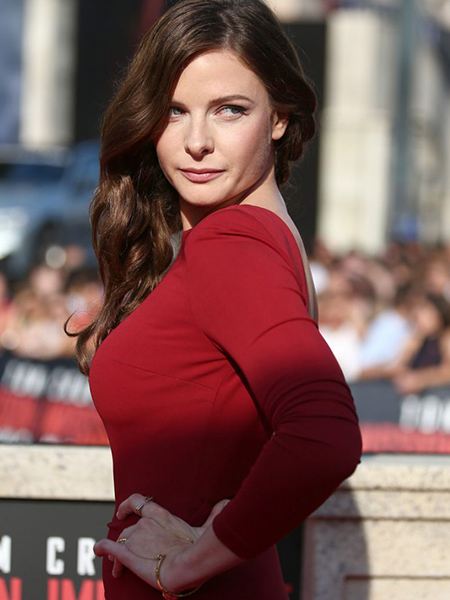 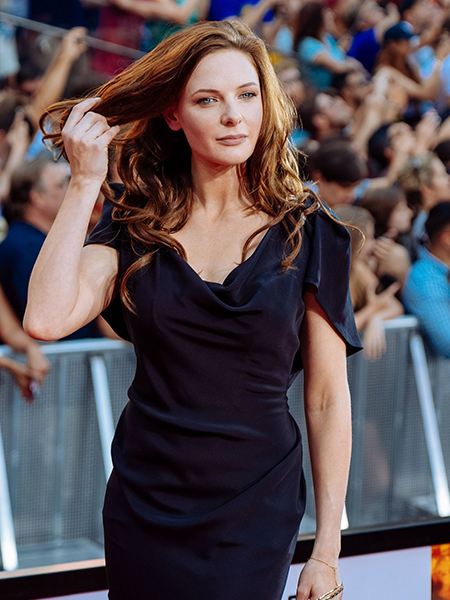 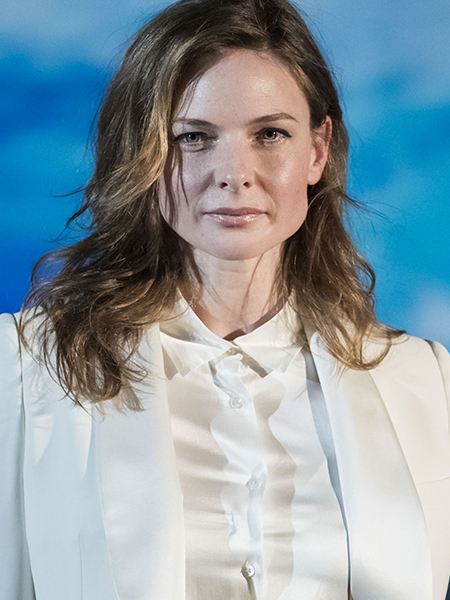 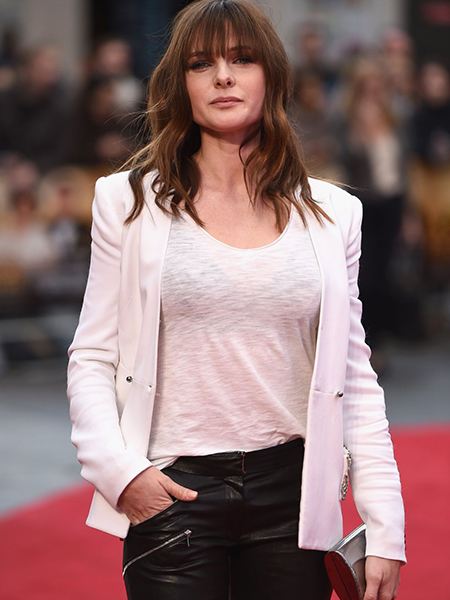 Rebecca Ferguson (full name Rebecca Louisa Ferguson Sundström) is a Swedish actress, who is often compared by the press to Ingrid Bergman. Ferguson was nominated for the Golden Globe Award for her role in the TV-series The White Queen, and the role of Ilsa in the blockbuster Mission Impossible: Rogue Nation made her world-famous. Net worth: $6 million. 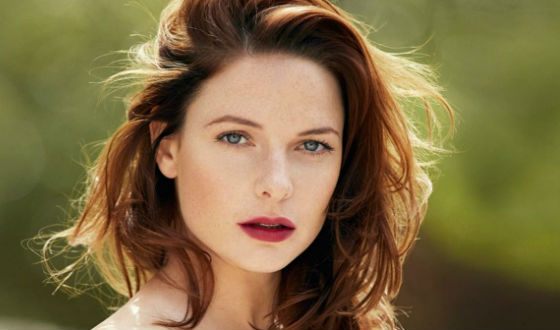 The actress’s mother Rosemary Ferguson is British; as a young woman, Rosemary moved to Sweden, where she met her future husband and the future father of her four children, who was a Swede. Rebecca was born in Stockholm in the autumn of 1983. Unfortunately, the intercultural marriage didn’t last long; Rebecca was still a baby when her parents divorced. 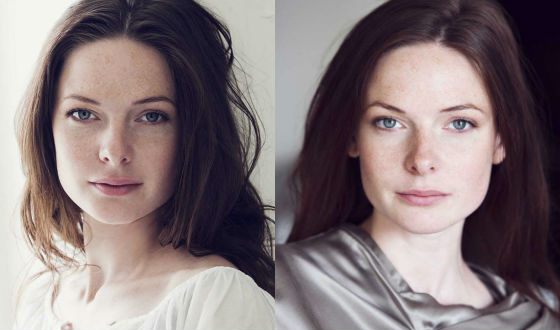 Beautiful Rebecca Ferguson
The girl was brought up like a real lady: she studied music and ballet; she also learned Argentine Tango and tap dancing. She went to an English primary school and a Swedish high school, which resulted in her being fluent in both languages. 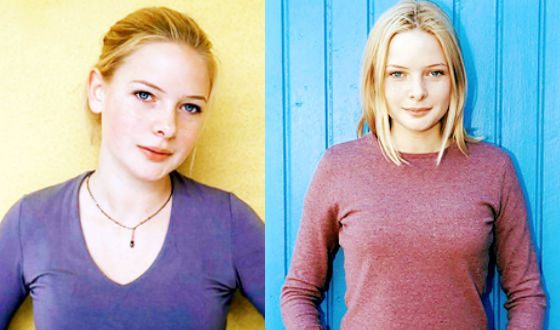 Young Rebecca Ferguson was a model
At the age of 13 the girl’s unique, distinguished appearance was noticed by photographers who invited her to work as a model for local glossy magazines and fashion catalogs. Later, however, ambitious Rebecca unexpectedly chose an acting career over her successful modeling career. 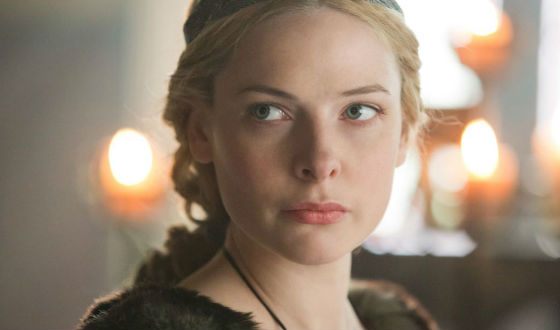 A scene from the movie Hercules
In 1999 she starred in the Nya Tider (New Times) soap opera and immediately fell in love with the cinema. This role made Ferguson famous in Sweden; it was followed by the movies Ocean Ave and Drowning Ghost which consolidated her success. 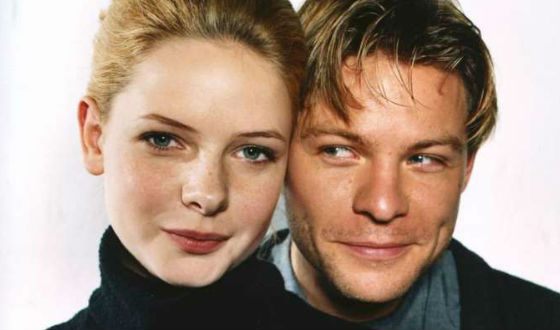 At a certain point, the young actress got tired of all the popularity which so suddenly invaded her life, so she decided to take a break from acting and tend to her personal life.

One day she was accidentally spotted in the market by the director Richard Hobert. Rebecca’s unusual looks had such an impression on this master director that, without a second thought, he offered her the leading role in his movie A One Way Trip to Antibes. 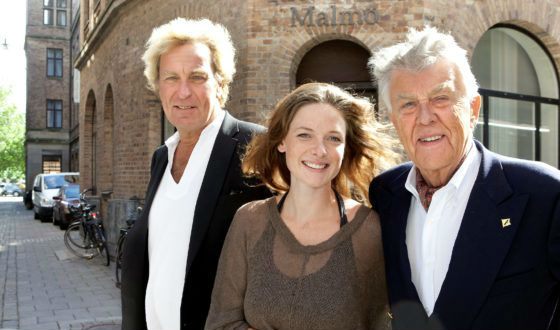 On the set of A One Way Trip to Antibes
After this movie, the actress was invited for an audition for a role in the historical series The White Queen. Rebecca’s aristocratic beauty did not go unnoticed and she received the role of Elizabeth Woodville in the movie. After the movie was released, the Swedish actress became famous outside her own country and was nominated for the Golden Globe Award. 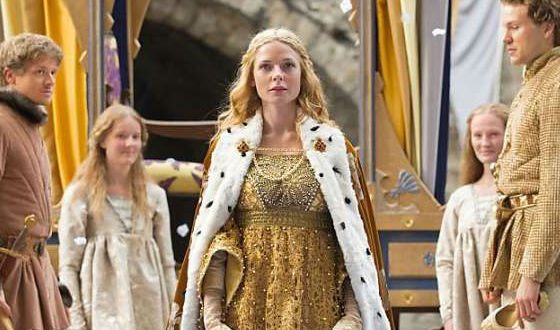 A scene from The White Queen
The sequence of lucky chances in Rebecca’s life didn’t stop there. In 2014 the filming of the fifth installment in the Mission Impossible blockbuster series began. Tom Cruise - the all-time lead actor of this franchise - hand-picked Rebecca to be his partner in the movie after seeing her act in The White Queen series, and he didn’t make a mistake. Despite her exquisite looks, the actress proved to be a true superhero. 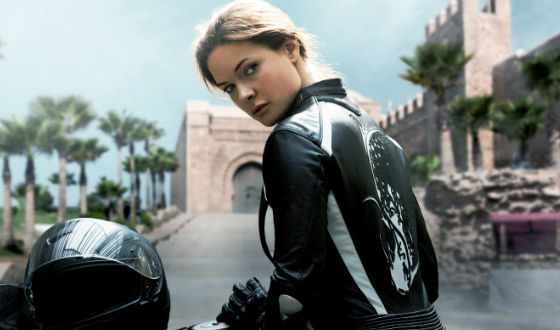 Mission Impossible 5: Rebecca Ferguson as Ilsa Faust
She tried to match her eminent partner and did almost all the daunting stunts herself. Just take a look at her jump from the window of the Vienna Opera! To be able to achieve such results, the actress had to spend a month and a half in grueling training. 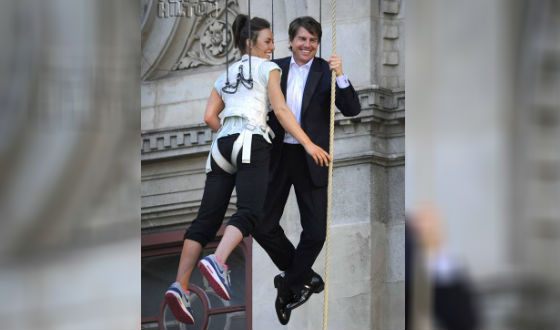 On the set of Mission Impossible 5
She learned the basics of martial arts, practiced how to use various types of guns, and did general physical training on a daily basis. Rebecca still fondly remembers the work on the movie and how thoughtful Tom Cruise was towards her.
Mission Impossible: Rogue Nation - Rebecca Ferguson’s character
There were even rumors of a romantic relationship between Ferguson and Tom Cruise while on the set of the movie. The actress had already broken up with her son’s father by that time. At present, she has a new boyfriend and a number of promising projects in Hollywood, including the sixth installment of the Mission Impossible franchise, which has already made her a world-famous star. According to Zoomboola.com, in 2016 the world could see Rebecca Ferguson in the psychological thriller The Girl on the Train, and at the beginning of 2017 she co-starred with Jake Gyllenhaal and Ryan Reynolds in the space horror Life.
Life trailer
In the same year, Rebecca played opposite Michael Fassbender in the criminal drama The Snowman; she also starred alongside Hugh Jackman in the biography movie The Greatest Showman. 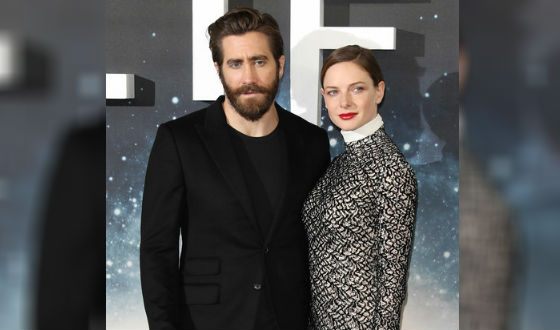 Rebecca Ferguson and Jake Gyllenhaal at the premiere of the movie Life
In 2018 the sixth installment of Mission Impossible came out, where the actress once again stars as Ilsa Faust. Despite the aging Tom Cruise and the predictable storyline, the movie was a box-office success.

At the moment Rebecca is working on the set of the fantasy movie The Kid Who Would Be King, where she co-stars with the emerging actor Tom Taylor, famous for his roles in The Dark Tower and the series The Last Kingdom.

Not much is known about the actress’s personal life: she had been dating Ludwig Hallberg since 2005. Rebecca and Ludwig moved to the coastal city Simrishamn after the filming of Nya Tider was over. Their son Isaac was born there, and Rebecca stopped acting in TV-series for a while. However, a rift developed in their relationship, and the couple split up in 2015. 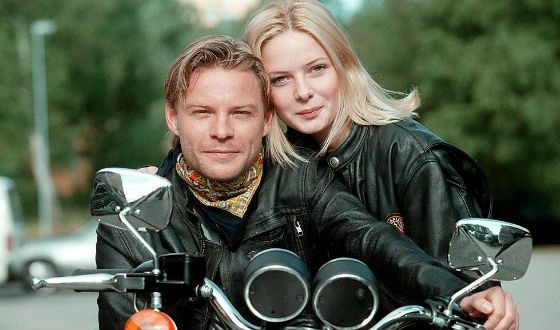 Rebecca Ferguson with her boyfriend Ludwig Hallberg
On May 22, 2018, Rebecca gave birth to a daughter. Journalists speculated that the actress had fallen pregnant during the filming of The Greatest Showman, and named Zac Efron and Hugh Jackman as potential fathers; however, Ferguson’s on-set colleagues do not have any comment on this information. As it turned out, the child's father was Rebecca's boyfriend, Rori. In the winter of 2019, Rebecca and Rori got married. 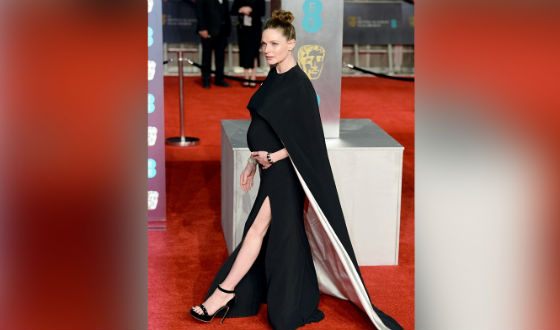 Rebecca Ferguson is pregnant with her second child

In 2019, as many as 3 premieres took place with the participation of Rebecca Ferguson. Among them is the film "Doctor Dream", which became the next adaptation of Stephen King, as well as the next part of "Men in Black". Rebecca also took part in the filming of "Born to Become a King." In 2020, with the participation of Ferguson, the premiere of "Dune" in which she starred with Zendaya and Javier Bardem. The release of the movie "Mission: Impossible 7" is planned for 2021, in which she will once again play Ilsa Faust. 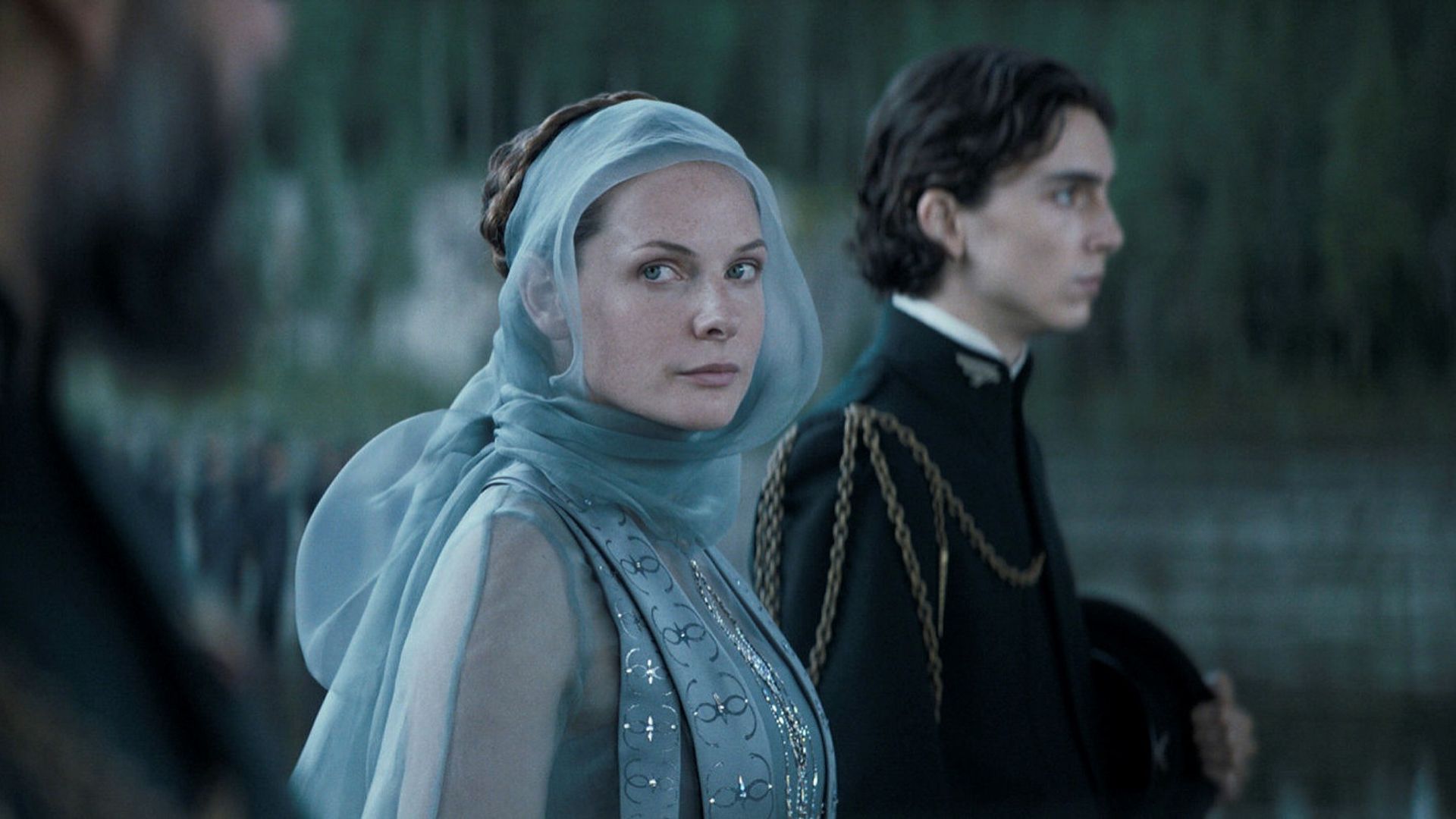