Main page
Celebrity News
Star of «Pirates of the Caribbean» Spoke About the Experience of School Bullying
Discuss
25-year-old actress Kaya Scodelario talked about her experiences of bullying in school (bullying by other teenagers).

According to the actress, she had a long period in her life where she hated herself, and she fell on the sharp time, called adolescence.

In high school, Kaya Scodelario was very thin and elongated, what caused the ridicule of their peers. In addition, she suffers from dyslexia (i.e. has difficulty with reading, speaking, and writing). Because of this, her academic performance decreased, and the classmates have found a new reason for bullying. 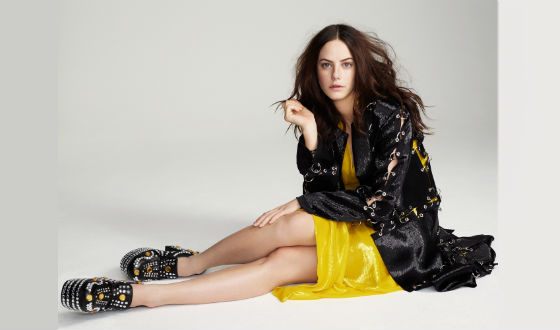 In adolescence Kaya Scodelario was too thin
Kaya Scodelario told that the situation was so acute that in the end she even had to change schools (it is strange that parents and teachers were slow in taking action and they could do a little blood and remove the girl from a bad team, as soon as the first signs of bullying appeared).

The childhood traumatic experience did not affect the future Kaya since she managed to become an actress and was invited to one of the most successful cinemas of the last time. However, in her own words, the past does not let her go completely: Kaya Scodelario was terrified by colleagues at first. However, the partner’s shots Geoffrey Rush and Orlndo Bloom paid her a lot of attention and were very supportive.

We note that Kaya Scodelario plays a scientist-astronomer, that helps the character of Johnny Depp in search of the next magical artifact in the movie «Pirates of the Caribbean: Dead Men Tell No Tales».