Main page
Celebrity News
The Posters of New Episode of «Maze Runner» were Posted on Internet
Discuss
The producers of the film company the 20th Century Fox has finally unveiled the posters for the third episode of the upcoming movie «Maze Runner», what means that the premiere is close at hand.

Earlier, the premiere of the picture «The Maze Runner: the Death Cure» had to be postponed for a year, since starring, the leading actor Dylan O'Brien was seriously injured and could not work. 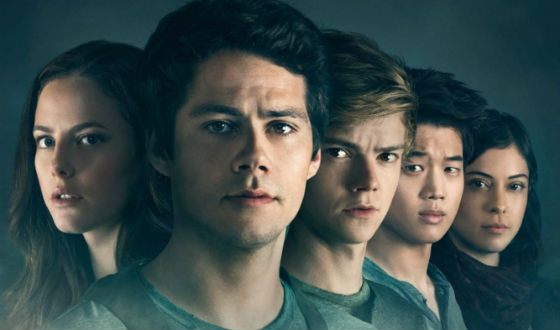 A fragment of the poster for the third episode of «Maze Runner»
After a year of inactivity, the film directors of the 20th Century Fox finally relieved and began an advertising campaign of the picture. The actors are depicted on the presented posters — Dylan O'Brien who plays the leader of a small group of gliders, his partner on the set Kaya Scodelario (Teresa) and Thomas Sangster (he plays Newt), Dexter Darden, and Nathalie Emmanuel. The slogan of the third episode is «every labyrinth has an end».

In the final episode of the fantasy trilogy, a group of young people has to get to the Last town to pass through a dangerous maze and find a cure for a deadly disease that killed half of the world.

Lily Collins who is she
5.9

Prince Harry where does he live
5.8

Shia LaBeouf how did he became famous
5.5