The film premiere took place at West End, which was attended by many fans of the movie. The star’s partner in «Maze Runner» was Thomas Sangster. Note that the girl came in a dark attractive dress with a cutout keyhole. The star was with her colleagues, her mother, and husband, actor Benjamin Walker. The couple has a son, born in 2016, but obviously, the parents felt that he is too early to appear at public events. 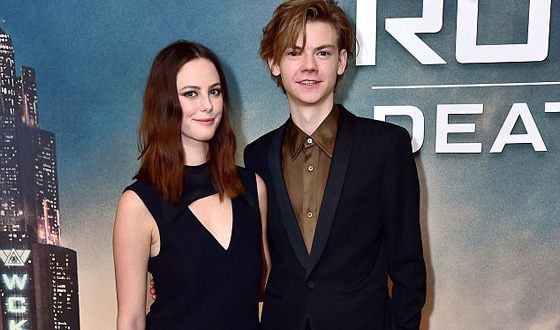 Kaya Scodelario and Thomas Sangster at the premiere in London
The British actress Kaya Scodelario may be known to viewers thanks to «Maze Runner», «Pirates of the Caribbean: Dead Men Tell No Tales». Besides, she played in the British TV series «Skins» for several years.

As for «Maze Runner», this is a youth fiction based on the works of writer James Dashner. «The Death Cure» completes the trilogy of films. Initially, the picture was supposed to be released in February 2017, but in the process of filming the lead actor, Dylan O'Brien suffered serious injuries, so the release was postponed.

Chris Hemsworth does he have a wife
6.0