Main page
Celebrity News
Jessica Alba: «Eye Contact Was Banned on Set Beverly Hills 90210»
Discuss
1
Often, unusual and strange details from the filming of popular films and TV series come to light after many years. So, Jessica Alba decided to talk about the peculiarities of filming in Beverly Hills 902010.

The other day, the actress took part in the Hot Ones show on YouTube, and when the conversation turned to her filming in the series, Jessica admitted that even having starred in only two episodes of Beverly Hills 90210, she managed to notice the oddity: the directors forbade the actors to make eye contact with any of the cast members. 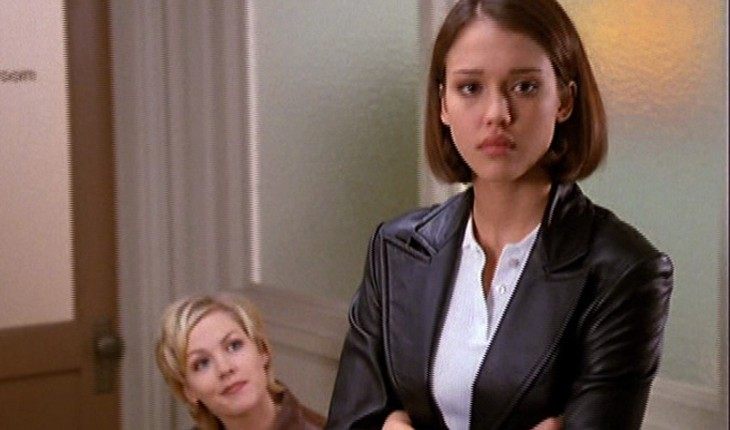 Jessica Alba starred in two episodes of the eighth season
The actress also noted that in case of violation of this rule, the actors could be kicked out of the set. Interestingly, other members of the film crew never stuttered about such a rule.
Hot Ones with Jessica Alba
By the way, there are often unusual rules for actors on film sets. Anne Hathaway, for example, talking about working with Christopher Nolan, noted that during the shift, artists are not allowed to sit, and therefore there are no chairs on the set.

John Malkovich in his youth
6.0

Emmanuel Macron how old is he
5.7

Cillian Murphy who are his parents
6.0