Taylor Schilling is an American actress, famous for her role as Piper Chapman in the Netflix comedy-drama series Orange is the New Black (2013–present). She also plays a leading role in the horror movie The Prodigy (2019). Net worth: $2 million. 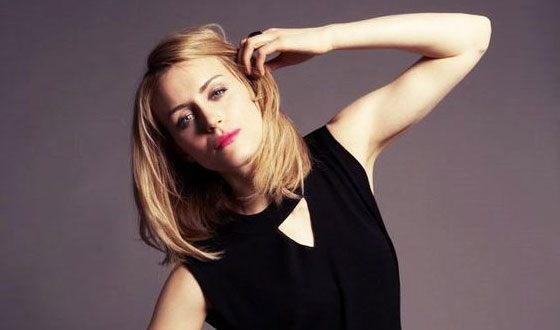 Taylor Schilling was born on July 27, 1984, in Boston, Massachusetts. The actress’ mother - Patricia Miller - is an administrator at the Massachusetts Institute of Technology, her father - Robert J. Schilling - is a former prosecutor. Taylor’s parents got divorced when she was still small; the actress maintained a good relationship with both her mother and her father. 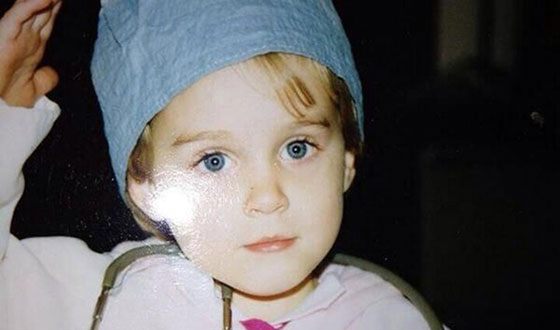 Taylor Schilling as a child
Taylor admits she was a shy child and had few friends. I felt totally unattractive. I got made fun of for my height— I was 5 foot 7 at age 12, - the actress shares.

In middle school, Taylor Schilling started attending drama classes. One of her first stage performances was in the musical production Fiddler on the Roof. Winning the Emerson College Playwright's Festival Outstanding Performance Award became an important milestone in her life. All this determined which career the quiet Taylor would choose in the future. She enrolled at Fordham University after graduating from school and continued taking part in stage productions. 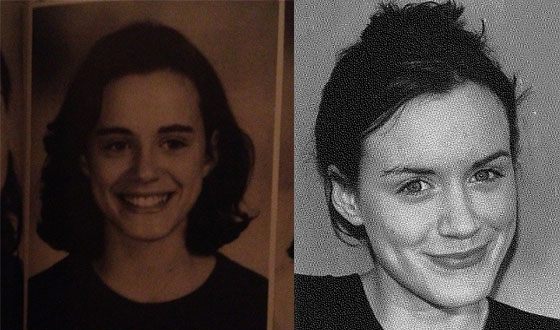 Young Taylor Schilling
After earning her Bachelor of Arts in 2006, Taylor entered the graduate program at New York University's Tisch School of the Arts; however, she left after her second year because all her time was taken by endless auditions. In order to survive in the megapolis, Taylor worked as a nanny for a rich family in Manhattan.

Taylor Schilling made her screen debut in 2007: the actress played a supporting role in the independent film Dark Matter (directed by Chen Shi-Zheng), starring the unmatched actress Meryl Streep. 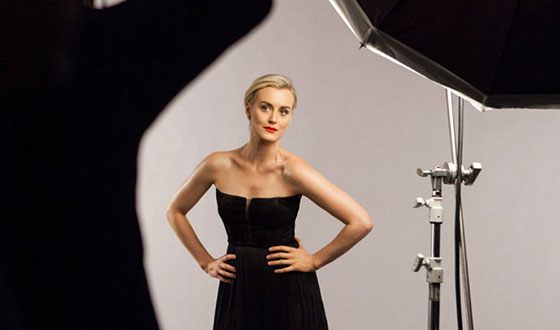 Taylor Schilling’s height is 173 cm
After a two-year break, Taylor received her second role; this time it was the leading role of a doctor, Iraq veteran, and former military nurse in the NBC medical drama series Mercy. She starred alongside Michelle Trachtenberg (the EuroTrip star), James Tupper (Big Little Lies, Revenge), Diego Klattenhoff (The Blacklist), and others. Despite the critical acclaim, the series was canceled after one season. 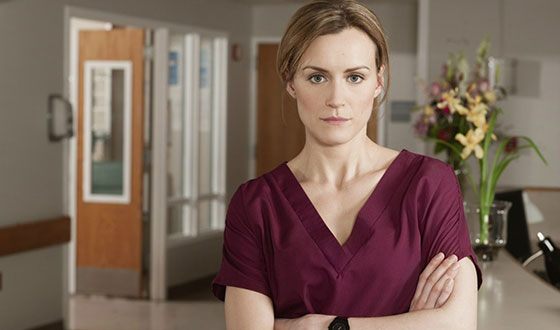 Taylor Schilling in the Mercy series
After the release of the series, Taylor started getting more job offers. In 2011, she appeared in the movie Atlas Shrugged (2011); soon after that, she partnered with Zac Efron in the romance drama The Lucky One (2012). In the political thriller Argo (2012) she portrays the wife of the main character played by Ben Affleck; in the Irish-Canadian drama Stay she plays the leading role of a student who falls in love with her lecturer (Aidan Quinn). 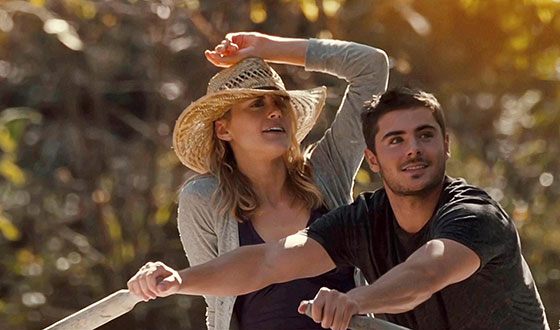 Taylor Schilling and Zac Efron in the movie The Lucky One
According to Zoomboola.com, in 2012, Schilling received a role that changed her life forever. The actress was offered the leading role in the Netflix comedy-drama series Orange is the New Black from the screenwriter of Mad About You and Sex and the City.
Taylor Schilling in the series Orange Is the New Black
The plot of the series focuses on Piper Chapman (Taylor Schilling), a young woman from a well-to-do family in New York, who ends up in prison for aiding her ex-girlfriend Alex (Laura Prepon). This serious accusation ruins Piper’s life and her relationship with her fiancé (Jason Biggs). 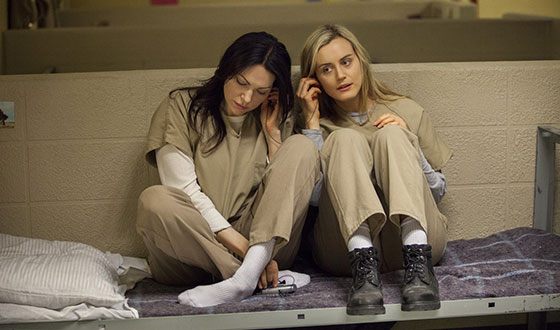 Taylor Schilling and Laura Prepon in the series Orange Is the New Black
The series became incredibly popular and was named among the most-watched series in recent years. Taylor received an Emmy Award nomination (the award went to Julia Louis-Dreyfus for her role in the series Veep) and two Golden Globe Award nominations.

In 2015, Taylor appeared in the comedy The Overnight with Adam Scott, Jason Schwartzman, and Judith Godrèche.

The critics state that the movie is witty and unpredictable, The Overnight benefits from writer-director Patrick Brice`s sure-handed touch and strong performances from a talented cast.

In 2017, the actress played the leading role in the criminal comedy Take Me. Pat Healy is the director and the leading actor in the movie. The following year brought three more leading roles for Taylor: the drama movie The Public from the director of The Way (2010), the science-fiction thriller The Titan about superhumans, and the comedy Family starring Kate McKinnon.
Taylor Schilling in The Titan

I’ve had very serious relationships with lots of people, and I’m a very expansive human. There’s no part of me that can be put under a label... I’ve had a lot of love. - Schilling states.

However, little is known about her love life. In 2015, she dated the actress and singer Carrie Brownstein, although the ladies prefer not to comment on this information. 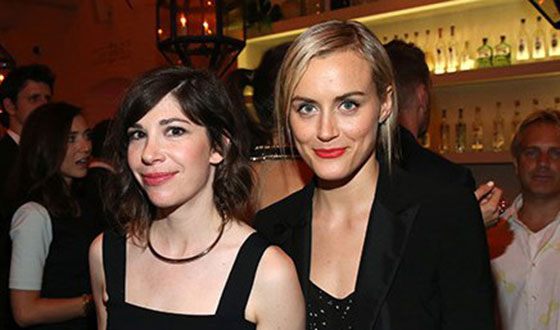 Taylor Schilling and her girlfriend Carrie Brownstein
In February 2018, in an interview for Gotham magazine, Schilling was asked about the mysterious artist from Brooklyn she was spotted with a few times. I’m not gonna talk about it... but someone special does live in Gowanus. It’s full of special people. It’s a special place. - the actress fended off the question.

In 2020, Taylor Schilling spoke about her new relationship. The beloved actress was the artist Emily Ritz. 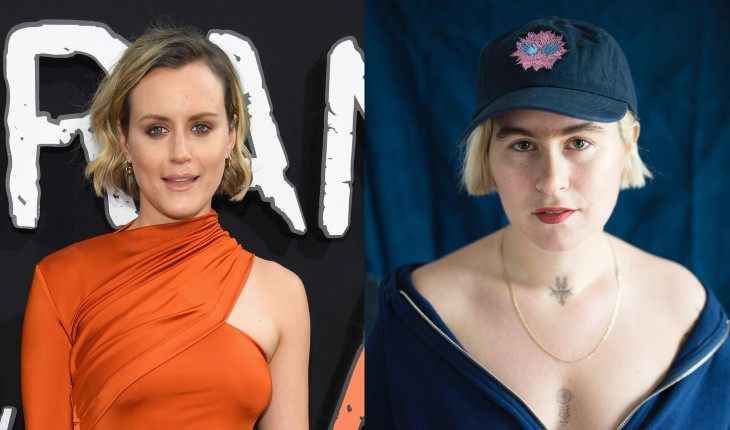 Taylor Schilling and Emily Ritz
Also known that Schilling practices Transcendental Meditation and Vipassana which allow her to handle pressure and gain self-confidence.

On February 21, 2019, the horror movie The Prodigy came out. This is a story of a woman named Sarah (Taylor Schilling), whose son is influenced by some mystical powers.

David Harbour where is he now
5.8

Lisa Bonet who are her parents
5.6