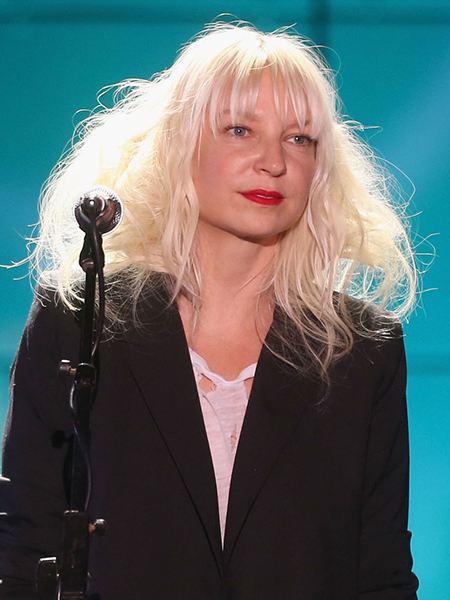 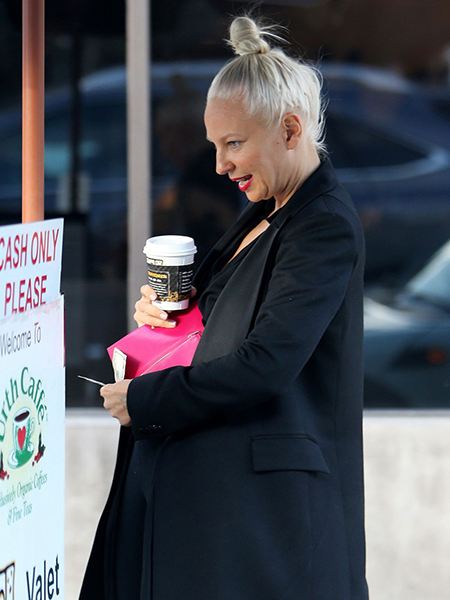 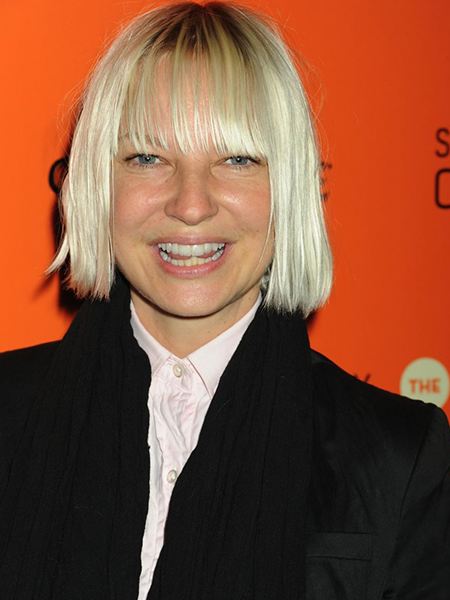 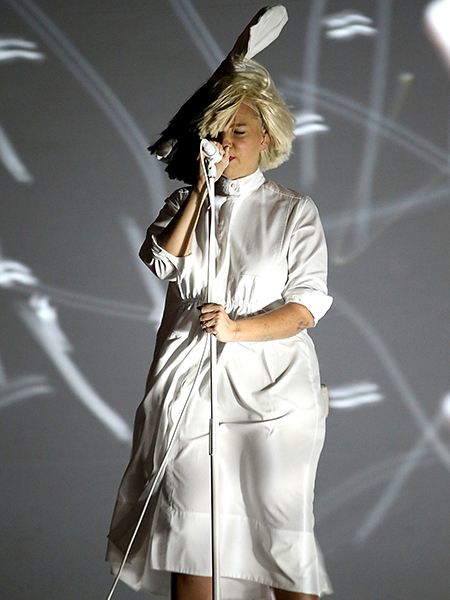 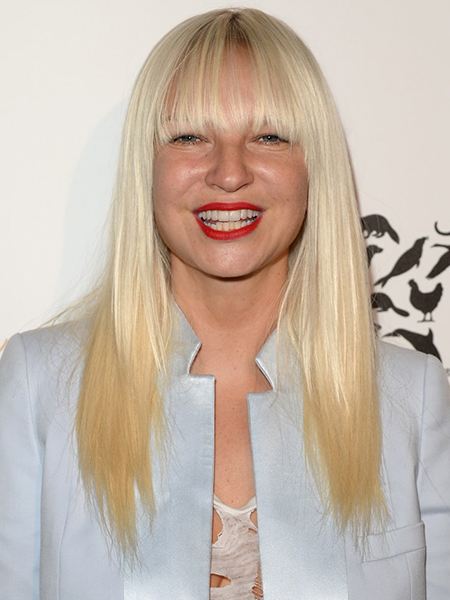 The singer with a unique voice, author, and performer of songs in the quaint style, which mixed jazz, folk, soul, and pop, is often called «the Australian treasure». And it is no wonder – once hearing the voice of this singer, you will really remember it forever. 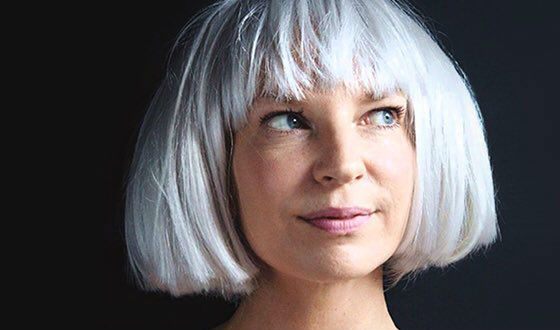 The singer Sia
Sia is working closely with the brightest stars of world music, and she is the author of many soundtracks to popular movies and TV series. In the list of her awards, there are MTV Video MusicAwards and ARIA Awards, as well as many nominations for The Golden Globe and Grammy. Net worth: $30 million.

Sia Kate Isobelle Furler was born in a family of musicians from the small Australian town of Adelaide. The father, Phil Colson, lectured on art, and her mother composed the songs. The couple played together in the rockabilly band The Soda Jerx, the leader of which was Sia’s uncle. So, the atmosphere of music and creativity surrounded the baby from the first years of her life. 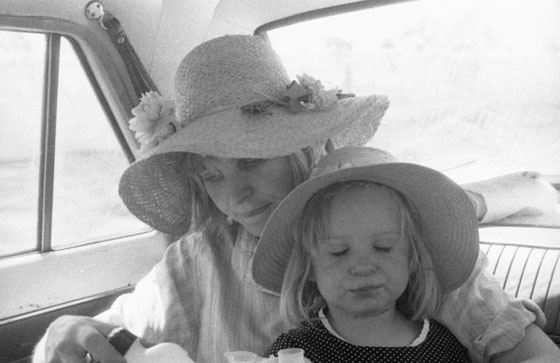 Sia and her mother
Little Sia’s favorite singers were Sting, the singer of classical rhythm-and-blues Aretha Franklin and Stevie Wonder. Later Sia admitted that she carried love to their songs throughout the whole life.

Often going on tour, parents left the baby at home alone, and the girl was having fun, dancing in front of a mirror, imitating her favorite singers. Many years later, these children's memories formed the basis of a video on her famous song «Chandelier». 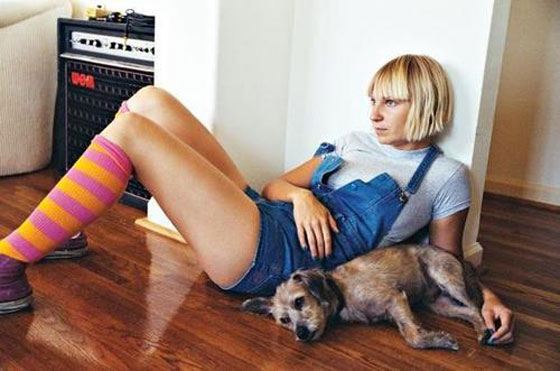 The singer Sia in her youth
Sia hated school: it was difficult for her to study, and she was not popular with her classmates being bullying by them.

At the age of 17, she first appeared on the stage as a member of the local jazz-funk band The Crisp, but she was not there for a long time. Under this project, the girl recorded two albums («Word and the Deal» and «Delirium»). Both discs had failed commercially, but this experience helped the young singer to understand that it was time to start her solo career.

In 1997 Sia moved to London, where she was finally in luck. Firstly, she was invited as a backing vocalist in the famous jazz-funk band Jamiroquai (she recorded an album «Only See» with them), and in 2000 she signed a contract with the famous recording company Sony Music. 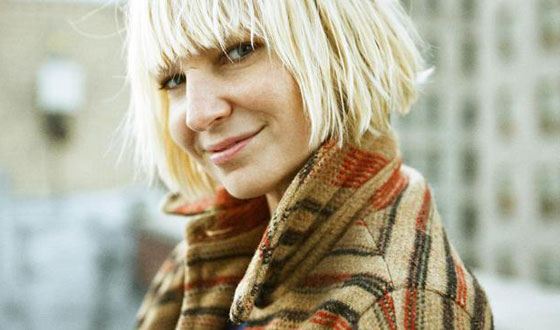 Music lovers like Sia’s songs
A year later it was released the singer’s debut solo album «Healing Is Difficult», which was liked by listeners and was favorably accepted by music critics. Sia became famous in Great Britain, but the rest of Europe, as well as the USA, still knew nothing about the talented Australian.

The situation changed after the release of her second studio album «Colour the Small One» in 2004. The third song from the album – «Breathe Me», ranked first in the charts of several American radio stations. But it was the most important that it became a soundtrack to the TV series «Six Feet Under». It was a lucky strike and a great success. A little later, this song was played at Victoria's Secret fashion show, for Australian supermarkets’ commercials, during the Olympic Games in Beijing and even in a trailer of the popular game «Prince of Persia».
Sia – Cheap Thrills
Four years later, it was released the other Sia’s album «Some People Have Real Problems», which ranked 26th in the Billboard 200 chart. Many favorite songs on this disc had a melancholic mood, for example, «I Go to sleep» and «Lullaby». Sia managed to record a very personal and intimate album, which is better to listen to alone. As an accompaniment, the singer used the minimum instruments – a guitar, a piano, and a little percussion. 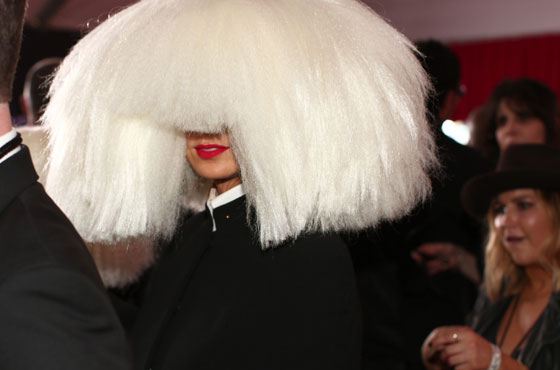 Sia likes hairstyles that cover her face
In 2010 the singer released a dynamic album «We Are Born» with such differently sounding hits as «Clap Your Hands» and «I'm in Here». The single «You've Changed» became a bestseller in the Sia’s whole career and had been chosen for a soundtrack to the popular series «The Vampire Diaries».

By that time, the singer started to work on the other artists’ projects. Thus, in 2010 she composed four songs for Christina Aguilera’s album «BIONIC», which the star called «the heart of the whole album». 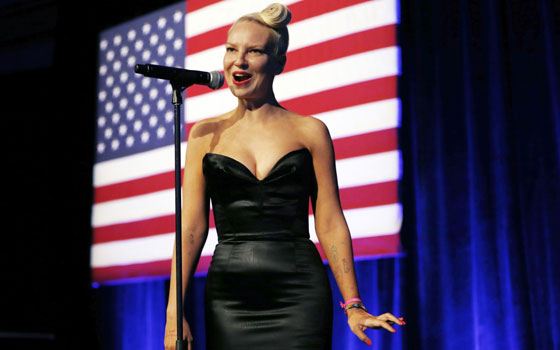 Sia composed many songs for other singers
According to Zoomboola.com, in 2012 Sia suddenly announced that she did not want to follow a solo career any longer. She had known about her serious disease of the thyroid gland, which significantly affected her health. Nevertheless, she continued to work for other singers. Sia composed songs for Kylie Minogue («Sexercise»), Lana Del Rey («Sweet Design»), Gwen Stefani and Maroon 5 («My Heart Is Open»), Chris Martin («Broken Glass»), Celine Dion («The House of Fire»), Britney Spears («Perfume»), Beyoncé («Pretty Hurts», «Footprints») and Katy Perry («Unstoppable»). 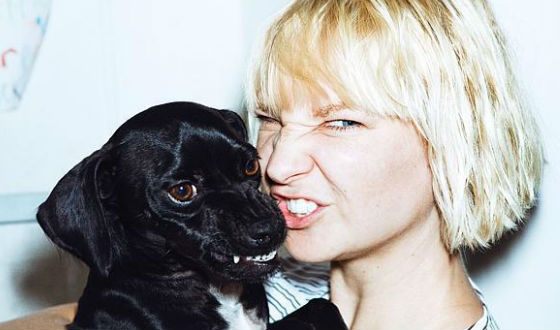 Sia is 5'4" tall
However, the most famous hit, which Sia had composed not for herself, was the song «Diamonds», sang by Rihanna. In 2012, this track topped the charts in more than 20 countries around the world.
Sia and Eminem – Guts Over Fear
At that time, Sia also composed many soundtracks, including such popular movies as «Twilight» («My Love»), «The Hunger Games» («Elastic Heart»), «The Great Gatsby» («Kill and Run»).

In 2013 the Billboard chart released a traditional thematic magazine with the best singers of the year. On the cover, it was the girl with a paper bag on her head. There was an inscription on the paper bag: «She has sold 12 million tracks, composed the soundtrack for The Hungry Games 2, but she still does not want to be popular». The inscription could be unstuck – the real Sia’s face was hidden behind it.
SIA – Chandelier
After a brief pause in 2014, once again, the girl blew up the world stage with a new solo album «1000 Forms of Fear». Just the main single of the disc, «Chandelier», was nominated for four Grammy Awards, and its video on Youtube had been already watched almost 2 billion times.

Later Sia’s songs could be heard in such movies as «Fifty Shades of Grey» («Salted Wound»), «The Eagle Huntress» («Angel by the Wings»), and «Lion» («Never Give Up»). In January 2016, it was released another successful singer's album «This Is Acting», a track from which «Cheap Thrills» became a dance hit for a long time and received the Grammy nomination. At the same time, the singer was nominated for «The Best Vocal Pop Album of the Year», but gave the award to Adele. To promote the album Sia organized a world tour, the first concert of which was held in August 2016 in Moscow.
Sia – «The Greatest»
To the delight of her fans, Sia is not going to go «on vacation» yet: new singles and mini-albums featuring Sia have been released at this time. By the end of 2017, the singer had presented her Christmas collection of songs «Everyday is Christmas», and in 2018 she had recorded two hit tracks with David Guetta – «Flames» and «Helium».
Sia ft. Rihanna and David Guetta – Beautiful people
In May 2018, Sia, Diplo, and Labrinth as LSD band (an abbreviation of the first letters of their names) presented amazing music video «Genius».
LSD – Genius

The singer’s personal life was quite dramatic. In London, in the early 2000s, she met the guy Dan, who became her first true love. A couple went traveling in Thailand, but due to the work issues, Dane had to return to London earlier. A week before Sia’s arrival he had died, after being struck by a car. 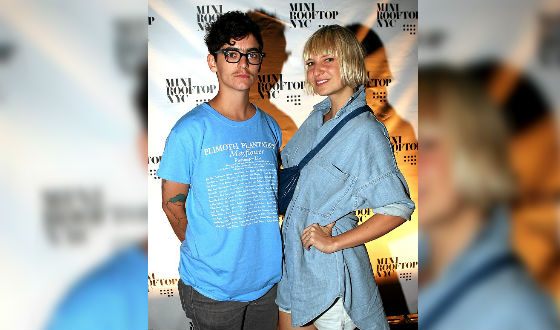 Sia's first love died in a car accident
After this tragedy, the singer plunged into a deep depression, using alcohol and drugs without any control. The unhappy girl even tried to commit suicide: she stayed alive thanks to her friend who had called her at the right time. In 2004 after a nervous breakdown, Sia completed the full course of rehabilitation.

In 2008 she publicly stated her bisexuality, and in 2014 she married the American movie director Erik Anders Lang, but at the end of 2016, the couple broke up. 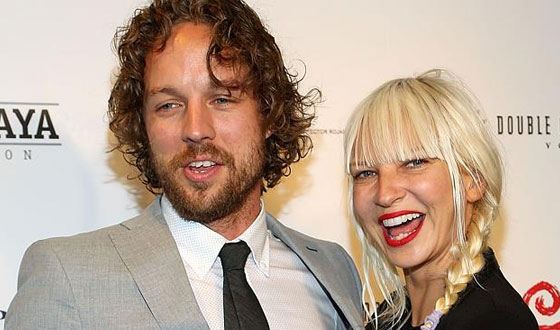 Sia and Erik Anders Lang
In 2020 Sia told about an adoption of a teenage boy Dasani. 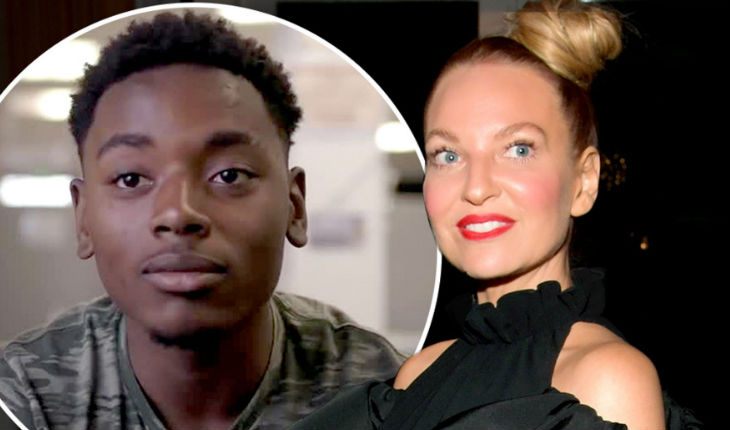 Sia and her foster son Dasani
Now Sia leads a healthy life, she attends yoga classes with Demi Moore and keeps to a strict vegetarian diet.

In 2019 she admitted her everlasting pain due to Ehlers–Danlos syndromes – a disease that causes numerous injuries of the skin and blood vessels.

Shia LaBeouf went to psychiatric treatment after allegations of violence 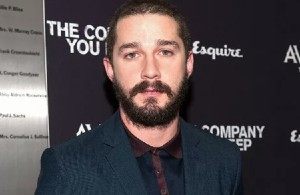 After a series of scandalous stories related to the accusation of an actor and director of violence, Shia LaBeouf voluntarily went to rehab. 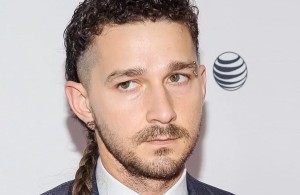 Over the years, Labeouf has shown himself not only as a talented director and actor but also as a very controversial and pretentious person who often... 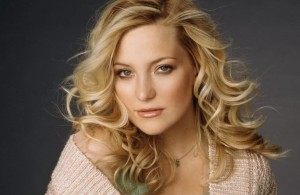 Recently, a teaser for the movie Music was published, directed by singer Sia. The main role in the film will be played by Kate Hudson.

Who is the most brilliant woman singer? 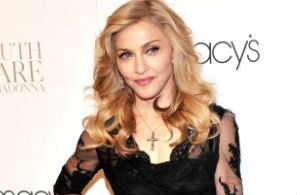 There are many tastes, especially musical ones. But now we want to find out who`s YOUR favourite musical diva. So, you can see 13 singers - some of...
More news Sia

Viggo Mortensen in his teens
6.0

Karen Gillan how did she became famous
5.9

Michelle Rodriguez who are her parents
5.7