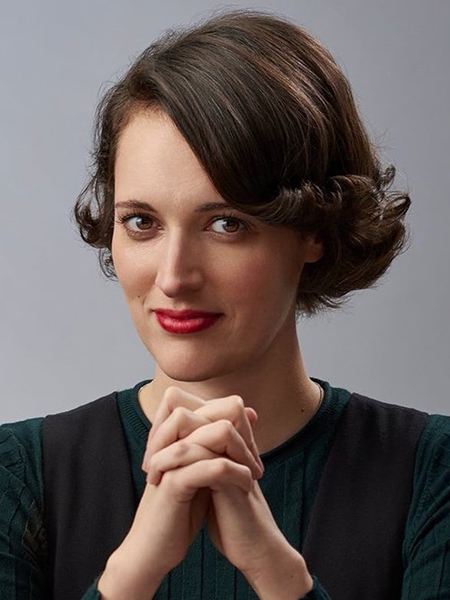 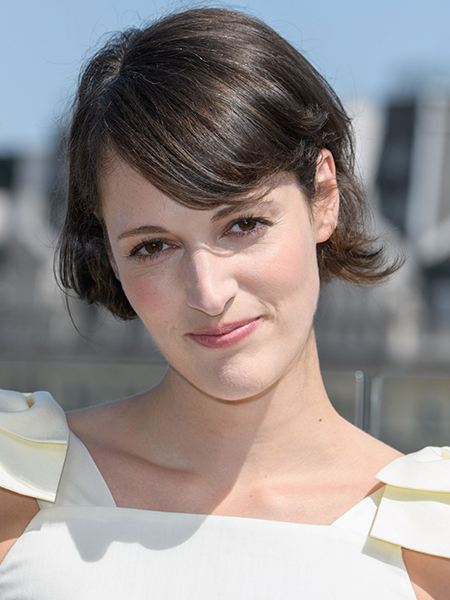 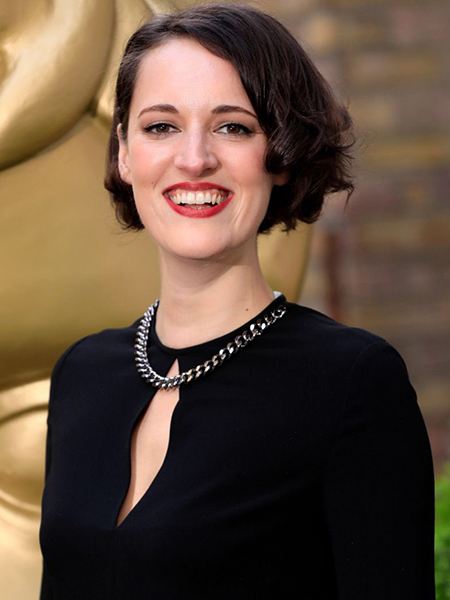 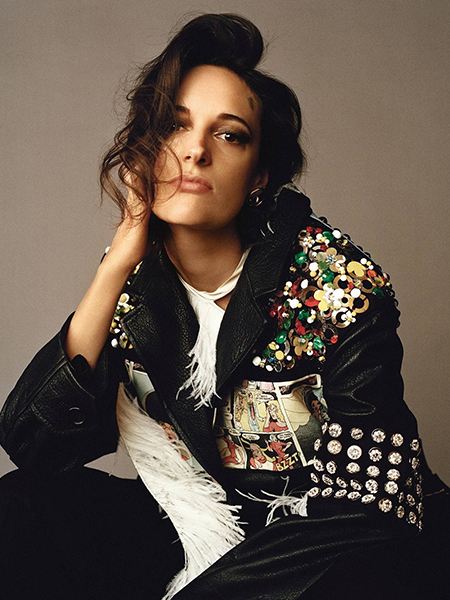 Who is: actress, producer, screenwriter 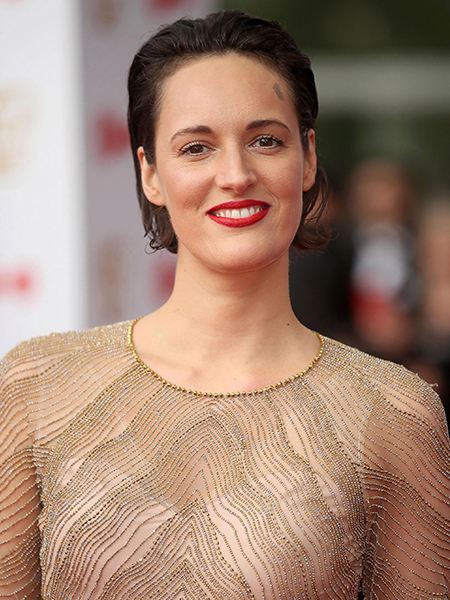 Phoebe Waller-Bridge is an English actress, filmmaker, and brilliant screenwriter, who won the hearts of the viewers not only with a subtle dramatic play and attractive appearance but also with unique sneering humor, which brought her world fame after the release of the television series Fleabag. Net worth: $25 million. 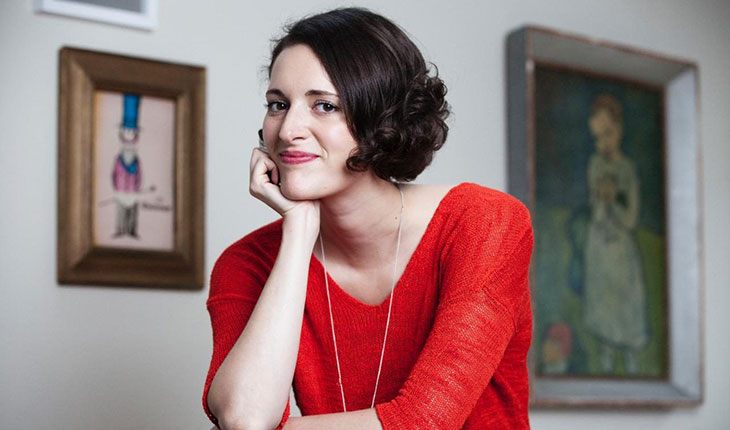 Phoebe Waller-Bridge (Phoebe Mary Waller-Bridge) is a native of London. Here, she was born on July 14, 1985, and became the middle child in the noble family of Michael and Theresa Waller-Bridge.

Among the ancestors of the actress, both on her father’s side and on her mother’s side, there are several famous historical figures, politicians, and statesmen who left a mark in the history of the United Kingdom. 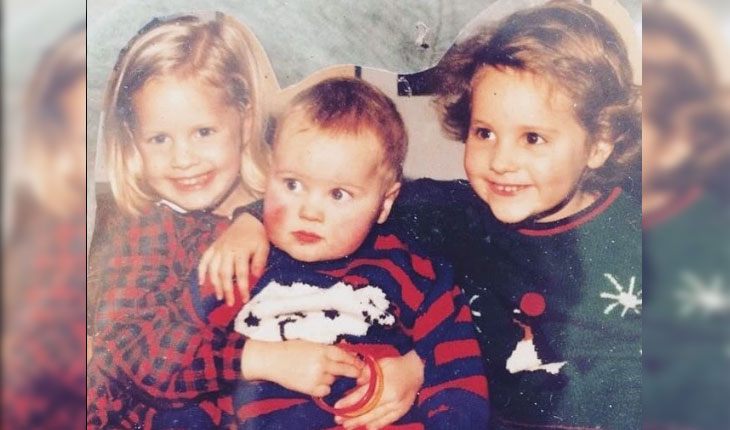 Phoebe Waller-Bridge with her brother and elder sister
Phoebe received an education that is considered classical for the posterity of English aristocratic families. Her childhood passed in West London, but she and her younger sister Isobel went to a private Catholic school for girls after her parents had divorced. 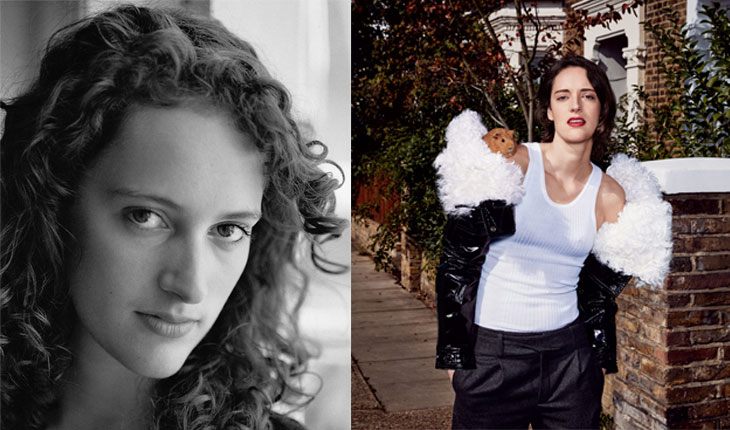 Phoebe Waller-Bridge in her youth
According to the star, she always dreamed of a comedic actress career and loved to make her classmates laugh, but her inborn shyness caused her a lot of trouble. And just to get rid of her shyness, Phoebe began to attend acting classes. After graduation from the boarding school, she studied at West End College and then became a student at the famous Royal Academy of Dramatic Art.

In 2009, the young actress first appeared on TV screens in episodes of the TV series How Not to Live Your Live and Doctors. 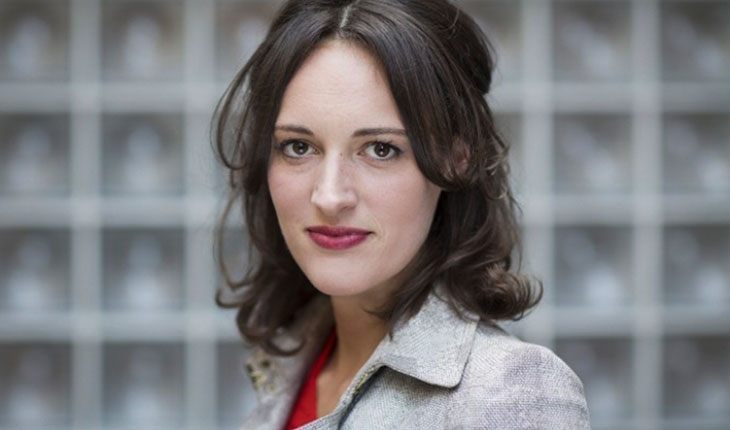 Phoebe Waller-Bridge graduated from the Royal Academy of Dramatic Art
According to Zoomboola.com, in 2011, Phoebe joined the cast of the drama film, Albert Nobbs, acting with such film stars as Glenn Close, Jonathan Rhys Meyers, and Brendan Gleeson.

In the same year, the actress played a bit part in the biographical drama about Margaret Thatcher The Iron Lady, in which Meryl Streep and Jim Broadbent shone, after which she played in the sitcom The Café. 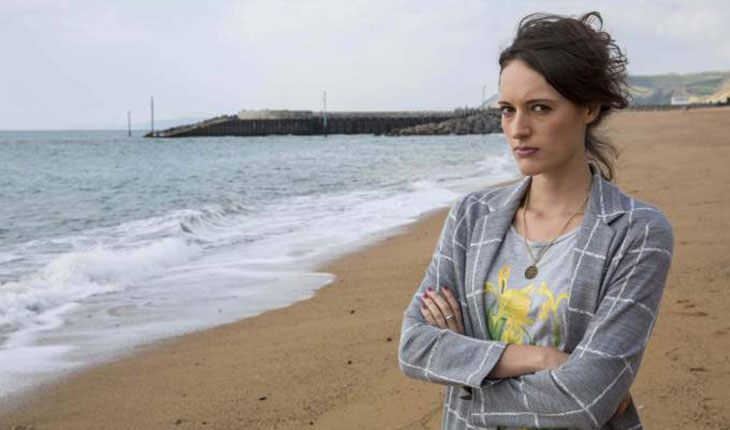 Phoebe Waller-Bridge on the set of TV series Broadchurch
Viewers could see Phoebe’s acting in the detective drama series of 2015 Broadchurch, in which the leading roles were played by Olivia Colman and by David Tennant, the most famous Scotsman of modern cinema.

The character of the nameless owner of a tiny snack bar, who was unsuccessfully trying to hide her vulnerability, looking like a strong and independent woman, glorified the name of the young Englishwoman to the whole world. Despite the abundance of specific jokes and deliberately grossly added sexual scenes, the subtle and ironic series of 2016 Fleabag became Phoebe’s visiting card, and she not only played the lead role in it but was also the scriptwriter and the director.
Phoebe Waller-Bridge in the series Fleabag
Phoebe’s sister, Isobel wrote music for the series. The project also starred Olivia Colman as the despotic stepmother of Phoebe’s character, Bill Paterson, who played as her meek father, Andrew Scott, who suddenly appeared in front of the viewers as an attractive priest, as well as Kristin Scott Thomas, who played the part of a luxurious and haughty businesswoman. 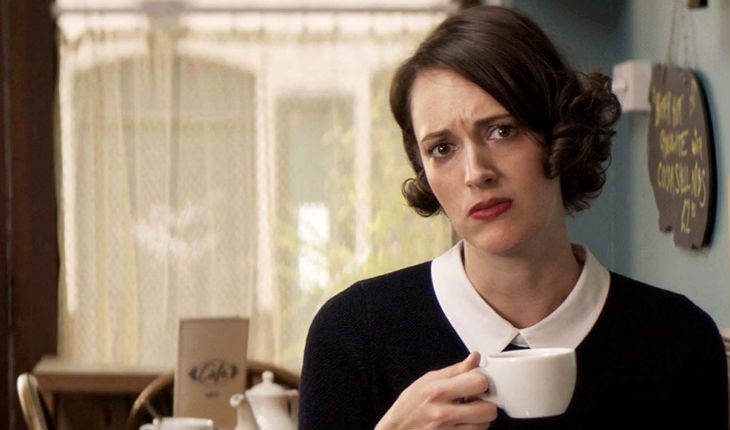 Shot from the series Fleabag
The series was nominated for the BAFTA film award and received numerous prestigious awards, without exaggeration bringing world fame to its creator.

In the series Crashing, Phoebe played the poor-balanced girlfriend of the main character, performed by Damien Molony. Phoebe’s unique writing style (namely, she wrote the script for the series, and in less than a year) interested Netflix producers. 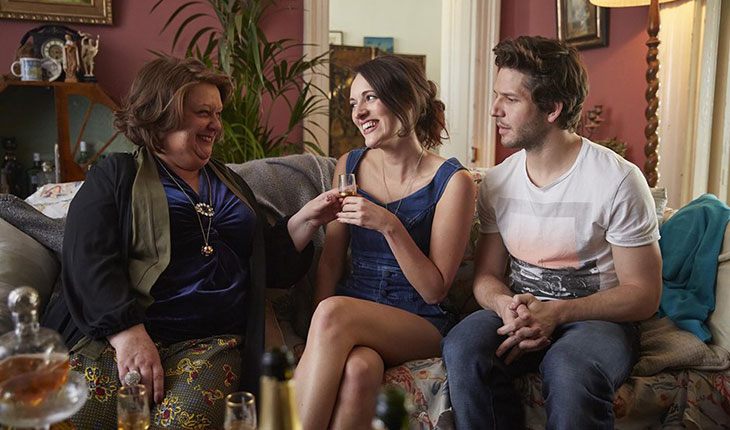 Phoebe Waller-Bridge in the television series Crashing
Phoebe’s next success was the ironic detective and drama series Killing Eve, which again proved her fame as a brilliant screenwriter and talented director. In this grandiose project, the leading roles were played by Sandra Oh and young star Jodie Comer, who became popular after the release of the television miniseries Thirteen.
Phoebe Waller-Bridge, the co-author of the television series Killing Eve
The confrontation between the police detective and the psychopath killer engrossed the attention of the viewers, gradually turning into a kaleidoscope of conspiracy theories and all kinds of references to Alfred Hitchcock and Stephen King's creative works, slightly highlighted by the spicy mutual attraction of the characters. As noted by even the most unfriendly film critics, there is not a single weak side in this series, which is mainly Phoebe’s merit. 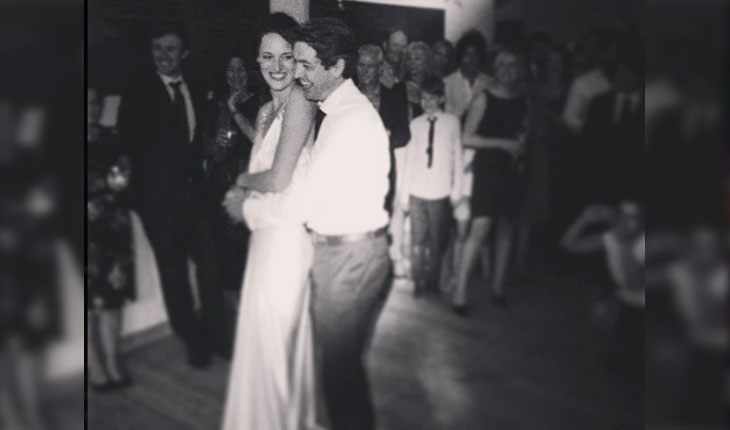 Phoebe Waller-Bridge and Conor Woodman wedding
Since 2018, Phoebe has been in a relationship with a writer, playwright, and filmmaker Martin McDonagh. Martin is an Oscar winner, three-time winner of BAFTA awards, and a winner of many other prestigious film awards, known for his films In Bruges, Seven Psychopaths, and Three Billboards Outside Ebbing, Missouri. The chosen of actress is 15 years older than her. 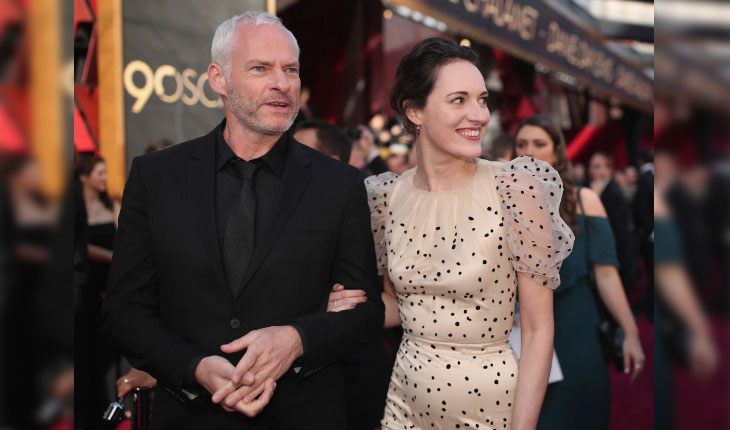 Phoebe Waller-Bridge and Martin McDonagh
The actress has a birthmark on her face, on the leftside of forehead. 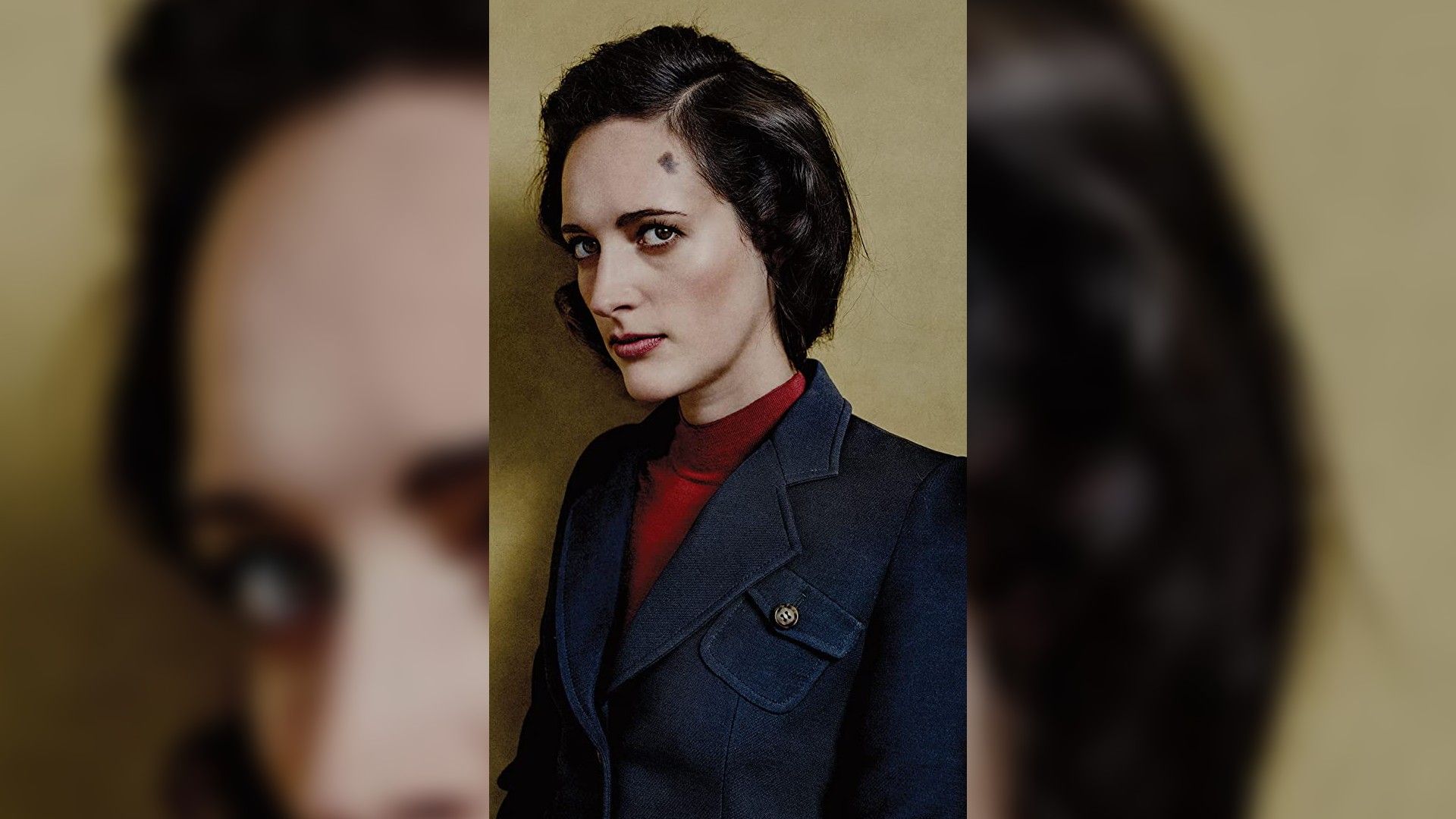 Phoebe Waller-Bridge has a birthmark

At the beginning of 2019, Phoebe directed the play according to her Fleabag script on the stage of Soho Theatre, on which she debuted in 2009. 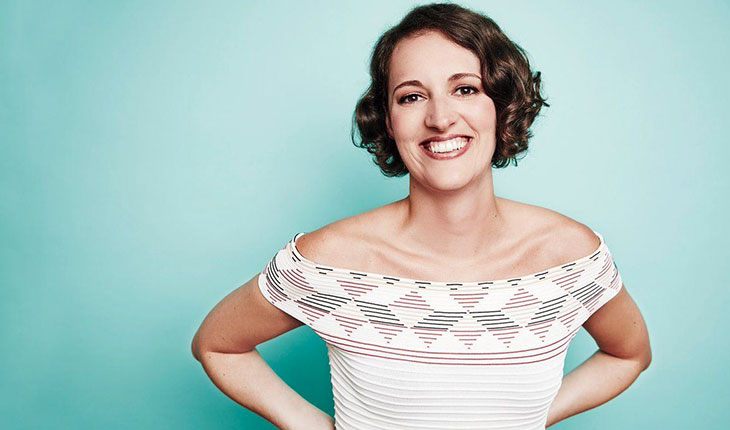 Phoebe Waller-Bridge became the screenwriter of the 25th James Bond film
In the spring of 2019, it became known that after the director Danny Boyle left the set of the 25th film about Bond due to disagreements, Daniel Craig met with Phoebe and asked her to polish up the script in accordance with his comments. The spy saga fans enthusiastically accepted the news of the new adventure film about James Bond, to which they believe that Phoebe’s unique humor will be able to give a new modern sound. In the same year, Phoebe appeared in the TV series His Dark Materials as Sayan Kotor. The main roles in the project were performed by Dafne Keen and James McAvoy.
His Dark Materials: Season 2 Comic-Con Panel
In 2020, Phoebe won a Golden Globe for Best Actress in a Musical or Comedy Series for her role in Fleabag. The series also won Best Television Series (Musical or Comedy). At the same year, several more projects were released with Phoebe's participation. These include Staged with Michael Sheen and Run.