Until the mid-2000s Olivia Colman’s popularity never extended beyond her native Britain. Colman won worldwide recognition when she turned forty but the actress continues to amaze, earning the title of one of the most sought-after British actresses, she received the Golden Globe and was named among the main challengers for the Oscar for her role in The Favourite in 2018. 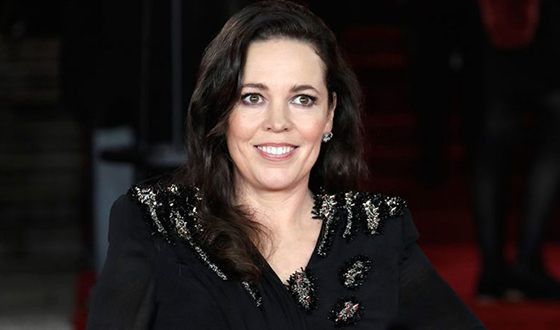 In the photo: Olivia Colman

Sarah Caroline Olivia Coleman was born on January 30, 1974, in Norwich, East England. Her parents didn’t belong to people of creative professions: Mary Colman was a nurse and Keith Colman was a certified chartered surveyor working in the field of industrial construction and property management.

Olivia received primary education at Norwich High School for Girls and was later privately educated at Gresham's School, where she became interested in theater. The girl realized that she wanted to become an actress but she doubted for some time and graduating from school in 1992, she spent a term studying primary teaching at Homerton College, Cambridge. 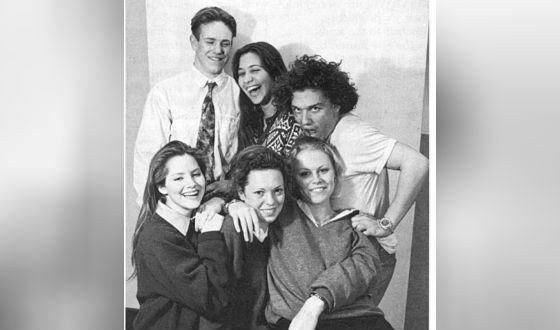 Olivia Colman (in the middle) with her classmates from Gresham’s (1992)
Shortly before graduating from college, unexpectedly for her family Olivia dropped out of school and entered the famous Bristol Old Vic Theatre School.

After graduating from the Bristol School in 1999 Olivia auditioned for the Cambridge University Footlights Dramatic Club, which gave a start to Stephen Fry’s career. She met future co-stars Robert Webb and David Mitchell at the club. This acquaintance became fateful for the young actress and already in 2000, she appeared on television in the Bruiser TV series, the script for which was written by her friends Webb and Mitchell. 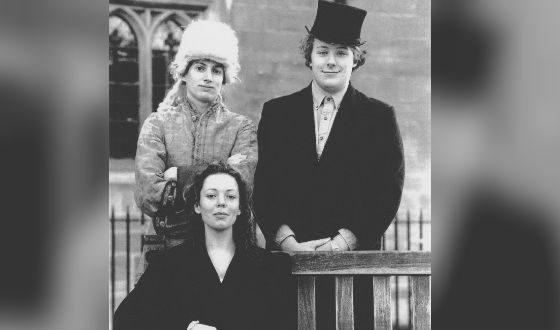 Young Olivia Colman (in the photo with David Mitchell and James Bachman)
From 2000 to 2007 Colman became known as an actress of TV series’, taking part in projects such as the Peep Show, Black Books, Green Wing, and others. 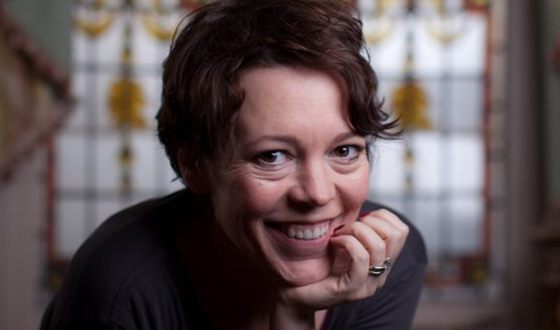 Olivia Colman
Olivia appeared on big screens in 2005 in The Taming of the Shrew comedy picture. Olivia got a very small role. The actress was already thirty-one years old by the time, the younger generation was advancing and critics had predicted her only minor supporting roles and participation in television projects. 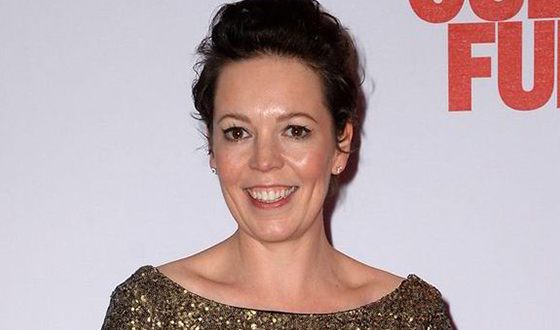 The actress appeared on big screens with a small role in 2005
In her next films the actress really stayed on the sidelines for a long time, playing Joanna in the Confetti, where Martin Freeman and Stephen Mangan also played, and the role of Alice in the Grow Your Own comedy, where Eddie Marsan played. In the Hot Fuzz black comedy which gathered all the British stars, such as Billy Nighy and Jim Broadbent, Olivia played the role of one of the policemen.

The turning point in the actress’s career was in 2011 when she was included in the cast of the Tyrannosaur psychological drama, where her partner was Peter Mullan, who plays the bad guy Joseph, who is always drunk and evil, terrorizing the whole area. Meeting the already middle-aged quiet Hannah, played by Olivia, Joseph finds the meaning of life. For this role, Colman received the BIFA and Empire awards as the best actress.
Tyrannosaur - trailer
In the same year, Colman joined the cast of The Iron Lady drama, which tells about the last years of the reign of Margaret Thatcher, who was fighting senile dementia and was played by Meryl Streep. Thatcher’s husband was played by Jim Broadbent and Olivia played her daughter and won the London Film Critics' Circle award. 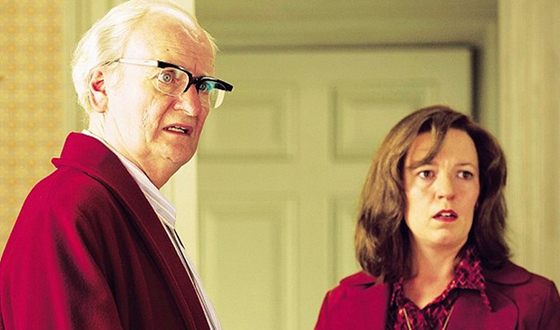 A shot from The Iron Lady
In 2013 the Broadchurch TV series was released. In the series, which deserved the title of the best drama series and collected all sorts of awards, Olivia played in a duet with David Tennant and received a BAFTA film award for the role of detective Miller. 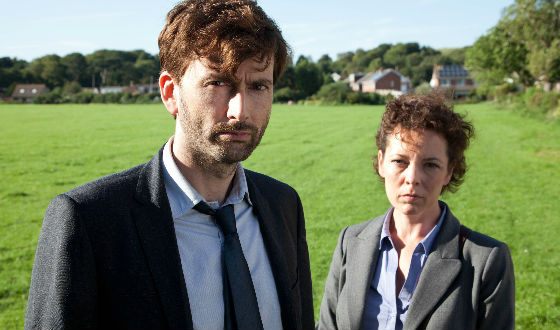 On the set of the Broadchurch series
In The Thirteenth Tale drama, Colman played the role of a second-hand shop saleswoman, who accidentally touches the terrible secret of the great writer and finds answers to the main questions of her life. Vanessa Redgrave was Olivia's partner in the picture. 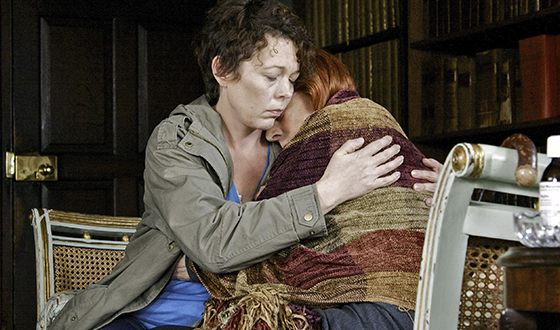 A shot from The Thirteenth Tale
There were two pictures starring Colman in 2015: The Lobster fantastic drama and the London Road detective musical, where Tom Hardy was her partner. 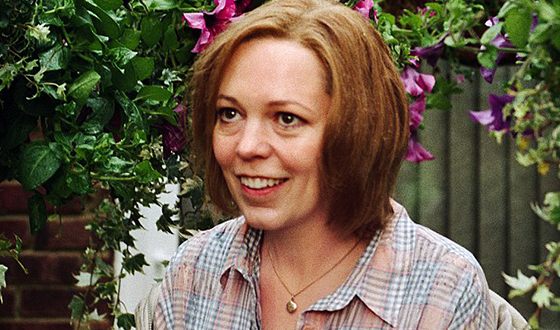 Olivia Colman in the London Road
In 2016 Olivia appeared in the sensational Fleabag TV series, where she played the role of an avant-garde artist specializing in images of manhood.
Fleabag – trailer
In the 2017 Murder on the Orient Express Olivia played alongside Michelle Pfeiffer, Judi Dench, and Willem Dafoe. The picture was rated high by film critics who noted the great cast of the film and the bold adaptation of the classic detective story. In the same year, The Favourite historical drama was released, which was called the main event of the season. The picture is essentially a love story, which Queen Anne, Lady Marlborough, and commoner Abigail were involved in. 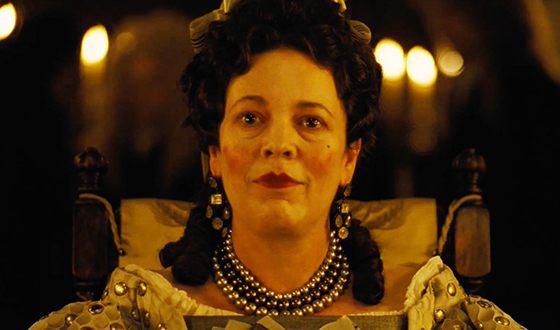 Olivia Colman in The Favourite
Colman played the Queen, amazing the audience with her reincarnation: she received the Golden Globe and Oscar as the best actress in 2019.
Olivia Colman at the Oscar ceremony awards
During this period the actress could also be seen in the TV adaptation of the Les Misérables, playing Madame Thénardier. 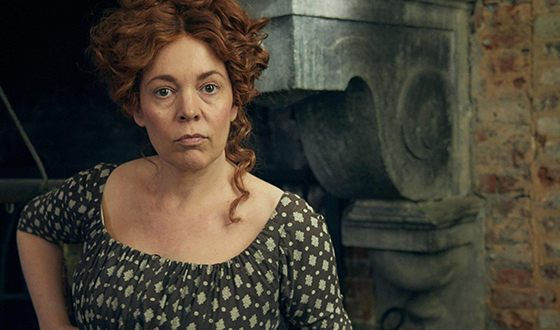 Olivia in the image of Madame Thénardier

The actress met her husband Ed Sinclair when they were both twenty years old. Olivia studied dramatic art and Ed studied at the Cambridge Law School. They got married in 2001, Ed abandoned jurisprudence and became a writer and screenwriter. 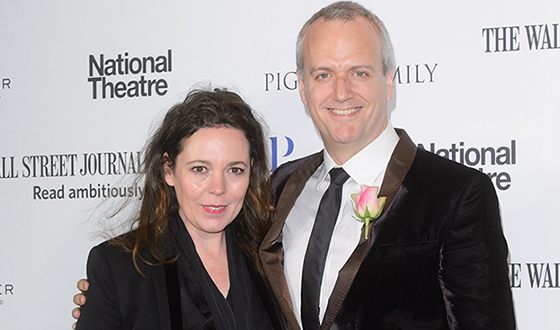 Olivia Colman with Ed Sinclair
Their sons Finn and Hall were born during the heyday of Olivia’s career, in 2005 and 2007. She was shot eight months pregnant in the second season of the Broadchurch TV series.

According to Zoomboola.com, in 2015 Colman gave birth to a daughter, whose name she does not intend to advertise until the girl goes to school. 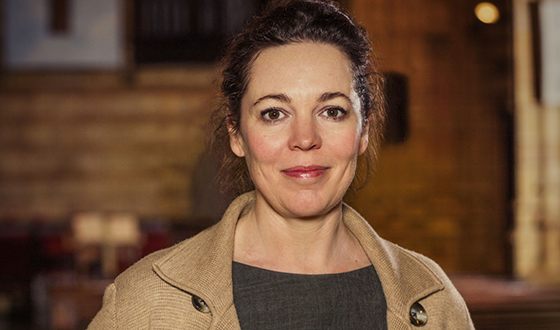 In 2019, Olivia began filming the Netflix TV series The Crown as Queen Elizabeth II. In 2020, the woman starred in the drama film The Father, starring Anthony Hopkins.
The Crown Season 3 Trailer
Also in 2020, viewers saw the fantastic cartoon "Connected", in which Olivia voiced one of the characters. The premiere of the film "Mothering Sunday" is scheduled for 2021, but no details about the filming have yet been specified.

Evgenia Medvedeva how old is she
6.0