Cause of death: find outcerebral edema

Bruce Lee is the greatest martial artist, who through his unique talent, motivation, and hard work became a universal legend and gained millions of followers all over the globe. A talented actor, director, and a screenwriter, he could portray the beauty and power of the eastern martial arts on screen. 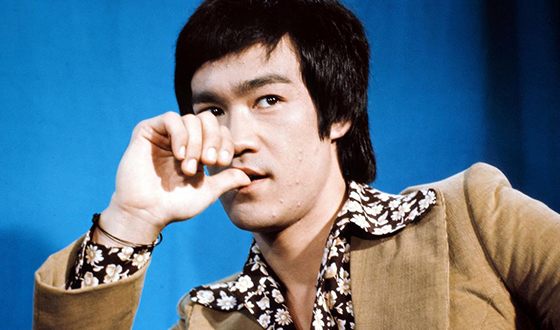 Bruce Lee was born in the United States, where his dad, Lee Hoi-Chuen – a Cantonese Opera Star, was on tour at the time. His pregnant wife, Grace Lee, a Chinese beauty with German roots, accompanied him throughout his trip. When it became obvious that the labor would start any day then, Lee Hoi left his wife at San Francisco Hospital and went on with his performances. On the 27th of November 1940, in the hour and day of Dragon, a boy was born, who was eventually fated to become a legend. 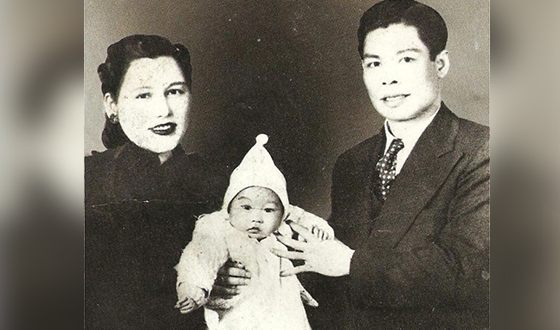 Bruce Lee with his parents in his childhood
The newborn was given several names. According to the Chinese Calendar, the baby was called Lee Xiao Long («A small dragon»). In his birth certificate, he was referred to like Bruce Lee (a name given to him by his midwife), and his mom called him Lee Jun-fan, which can be translated from the Chinese as «return again» Grace really wanted her son to come to America, as soon as he grew up.

Having come back to the native HongKong, where their older daughter Phoebe and son Peter were waiting for them, the parents tried to make it seem as if they had a girl named Sai-fon («small phoenix»). They tried to fool evil spirits, who, according to their views, took their first child, who died as a baby. Initially, they dressed Bruce as a girl and pierced his ear to dispel any doubts. Interestingly, in his first role, he also appeared as a girl, portraying a 3-months old daughter of the main character in the drama «Golden Gate Girl». 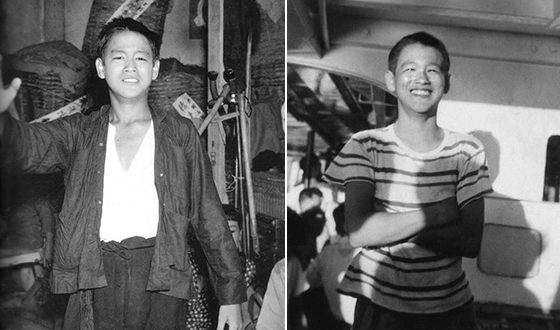 Bruce Lee in his Childhood
When Bruce grew up, his parents sent him to a Jesuit school, from which he soon got expelled due to bad marks and awful behavior. The little boy was a very bad student, especially hated math and grammar, and his favorite hobby was picking up fights with classmates. Because of this he often came home all black and blue, which was an incredible disappointment to his parents.

Lee Hoi-Chuen tried to guide the way for his son and often brought him to film sets and theatre. Through this Bruce found his way into the industry quite early, and at the age of six he played a little thief in «The Birth of Mankind». His father dreamt about his child becoming an artist and saw that despite his thin build, disproportionately long arms, and slightly twisted left leg, the boy had an innate talent for rhythm and plastique. This is why he signed Bruce up for dancing, which Bruce immediately took to. 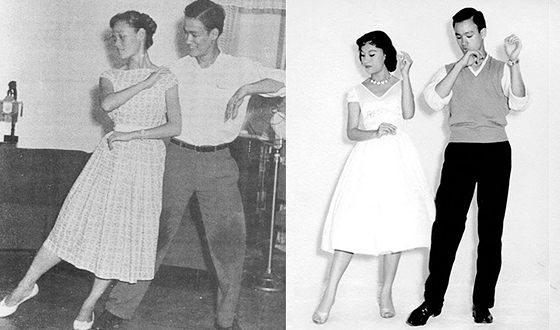 Bruce Lee used to go in for dancing in his youth
At the age of 13, Bruce first entered a dance class, and some 4 years later he won the Hongkong cha-cha-cha Championship. But, regardless of this new hobby, the active teen would not stop ending up in street fights, and after yet another one against his favor, he decided to study martial arts. 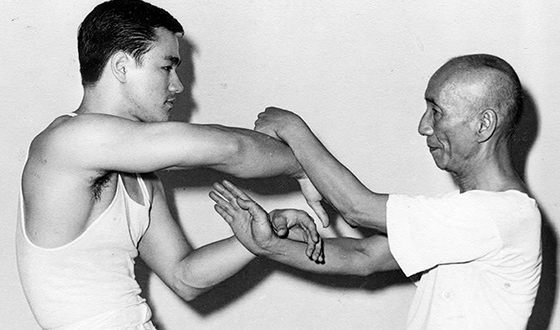 Bruce Lee and his teacher Ip Man
He settled on wing Chun (a short distance unarmed fight) and came to the best teacher of this practice, an ex-policeman Ip Man, who had opened his own school in Hong Kong. He immediately noted the teenager's plastique and coordination, as well as the velocity and swiftness of his movements. Bruce demonstrated great abilities, but street fights still appealed to him. Once the young man clashed with members of a famous Hong Kong gang and gave the two of them a hard time. The criminal world does not forgive easily, which meant that Bruce was facing mortal danger. The scared mother instantly packed Bruce’s things and sent him to the States: thankfully, being born in the US, Bruce was a citizen. 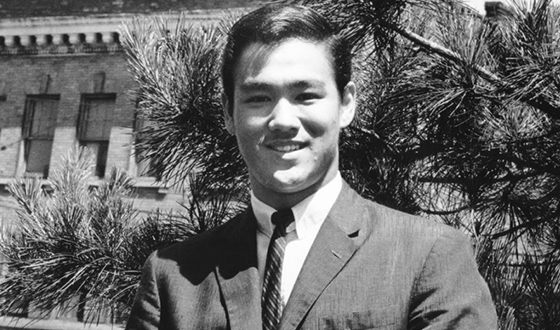 Young Bruce Lee
Thus in 1959, the young man found himself in America again: firstly, in San Francisco, from where he soon moved to Seattle, where he stayed with friends and found a job at their restaurant. A year later he entered the Edison Technical School, where he filled in the gaps in math and grammar, and then he became a student at the Washington University.

Despite the lack of free time, Bruce not only continued to go in for sports but was dedicating every spare minute to it. He mastered various techniques of KungFu, jiu-jitsu, and judo, using trees wrapped in blankets instead of mannequins. 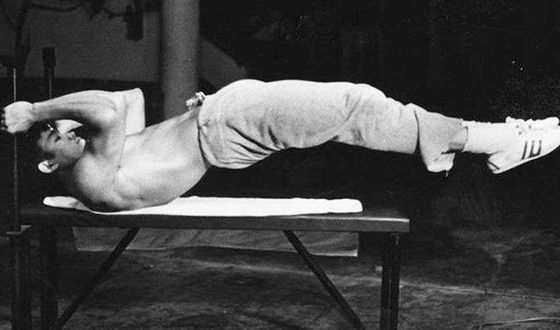 Bruce Lee dedicated all of his free time to training
In 1961 Bruce Lee opened his own school of martial arts, where he began teaching jit Kune-do, his own style of Kung Fu, created through exhausting training. It was open to all willing, and not just the Asian, as was customary back then. This was a significant feature, distinguishing this place from a multitude of the like.
A lost interview with Bruce Lee
The sessions were not cheap (could be as much as 300 dollars per hour), but they were well worth it. Bruce Lee kept perfecting his technique until his death and even created a special meal plan. He was always at the top of his form and constantly exhausted himself with strenuous training his competitors could not even imagine.

But it is not only his successes in the sport that made Bruce Lee a world legend. He managed to completely turn around the vision of fights in the cinema and take them up to another level. If earlier all on-screen battles were sped up, Bruce Lee’s fights were slowed down to let the viewers enjoy his great technique. 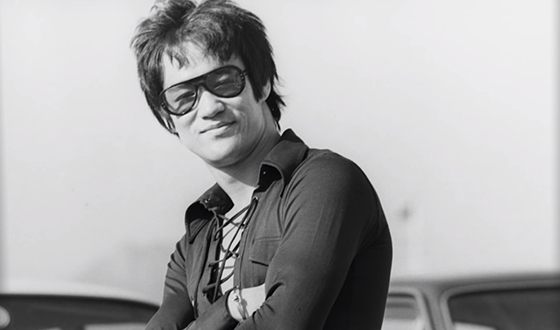 Bruce Lee managed to turn around the way fights were portrayed in cinema
In his short life, Bruce managed to take part in 36 movies, many of which eventually became a classic. 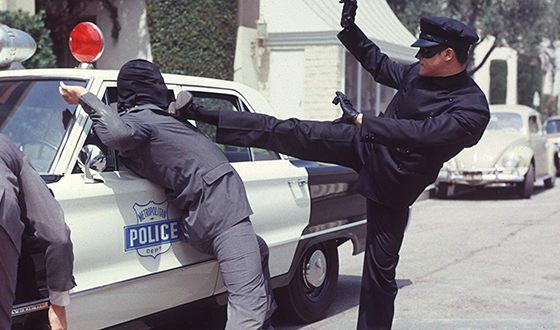 Bruce Lee in «The Green Hornet»
Although his numerous episodic roles in his childhood and teenage years did not bring him fame, Bruce gained an invaluable experience, which he would later use. Having moved to the US, the young man went on filming in tv-series, but never got any serious roles. 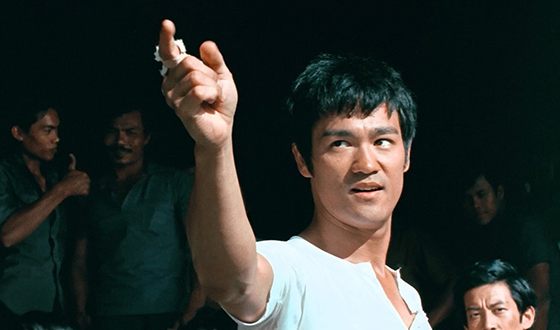 Bruce Lee in «The Big Boss»
Having found out about the opening of the «Golden Harvest» film studio, he decided to come back to his homeland and left America in 1971. Bruce managed to convince the head of the studio not just to give him the lead in the picture «The Big Boss» (1971), but also to let him stage all the fight scenes. The movie surpassed any expectations, and Lee got a unique opportunity not just to showcase his acting and sports skills, but to be directly involved in the creating of further movies.
Trailer of Bruce Lee’s «Fist Fury»
In 1972 aired, which became true bestsellers and turned Bruce into a celebrity. The movie «Enter the Dragon» (1973) was also a raving success, airing one week after Bruce Lee’s unexpected death. This picture became a dignified tribute to the great actor and sportsman, and the final combat with Chuck Norris is considered to be the best fight scene in the history of cinema.
Bruce Lee versus Chuck Norris (a scene from «Enter the Dragon»)
The last movie with Bruce Lee to air was the action picture « Game of Death» (1978), the rest of which had to be filmed with a look-alike. The movie included documentary footage from the actor’s funeral. 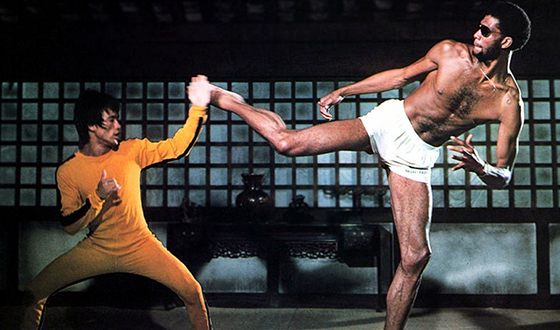 A scene from «Game of Death»
In 1993 the Hollywood walk of fame saw the official reveal of Bruce Lee's star.

Bruce met his future wife Lina Emery in Seatle. The woman, just like him, was a student at the Washington University and came to his Kung Fu classes. They developed mutual sympathy, which gradually progressed into love. Linda became Bruce ’s true fan and dedicated student, and in 1964 – his official spouse. 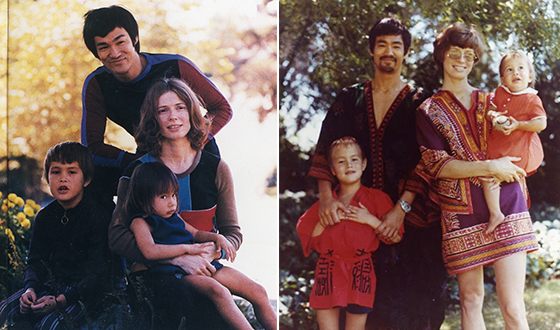 Bruce Lee with his family
A year later the couple welcomed their son Brandon into the word, and in 1969 – baby girl Shannon. Brandon became an actor, just like his dad, and just like his dad – he left life early in a terrible twist of fate. The young man died on-set of «The Crow» from a gunshot, which turned out to be loaded due to the negligence of a pyrotechnician. Shannon also became an actress and is currently heading the Fund of her legendary dad, together with her mother.

With Bruce Lee being in the prime of his life and physical fitness, his death shocked millions of his fans. His death still sparks up a lot of rumors and conspiracies.
Footage from Bruce Lee's funeral
According to official sources, the actor died on the 20th of July 1973 from cerebral edema, caused by an allergic reaction to a headache medication. However, there is a theory that those were the gang members, who finally got to him through an assassin, who knew the «technique of «delayed death touch». The actor was buried in Seattle, where to this day kung fu masters flock to bow to his grave. 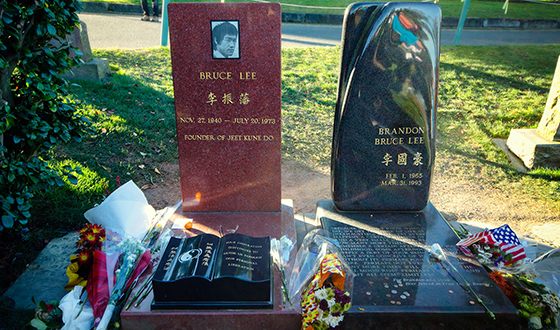 Bruce Lee is buried at the Lakeview Cemetery in Seattle
ZoomBoola.com